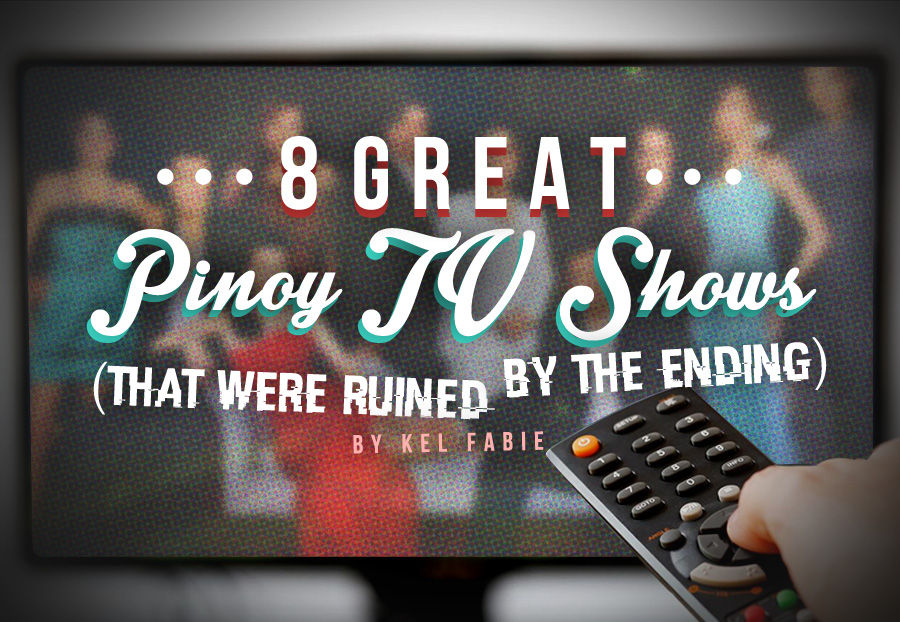 I've seen the debates about Pinoy teleseryes, as well as the constant comparisons they get with their Hollywood counterparts. I'm not here to hate on Pinoy programming. In fact, I'm here to emphasize how much I absolutely love Pinoy TV programming, because no matter how cheesy or cliché or hackneyed or predictable we may think it can get, you will always find something to look forward to with every single show – even if that something is the prospect of laughing at all the unintentional comedy the show heaps on.

Having said that, here are 8 Pinoy TV programs I personally felt were great for their time. Unfortunately, I also felt that these 8 shows ended in the most facepalm-inducing ways possible. Let me show you why. 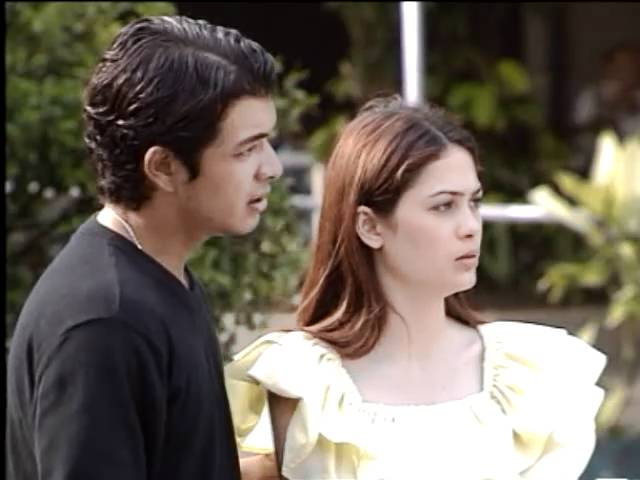 Via ovguide.com
What Made It Great: Call it stereotyped or cliché nowadays all you want, but “Pangako Sa 'Yo” pretty much exemplified, if not invented the concept of an ensemble cast for a Pinoy soap opera. No matter how predictable or by-the-numbers you might assume the series was, it was always coupled with topnotch performances from most of the cast. There's a reason why Amor Powers is still a famous name no matter how long ago the series has ended.
How The Ending Ruined It: There's such a thing as too saccharine, and the finale, which saw all the main loveteams end up happily together, was a little too convenient. A series as influential as this could have pulled off quite a coup if they threw a curveball our way, but they played it too safe instead. Hard to blame them, though. 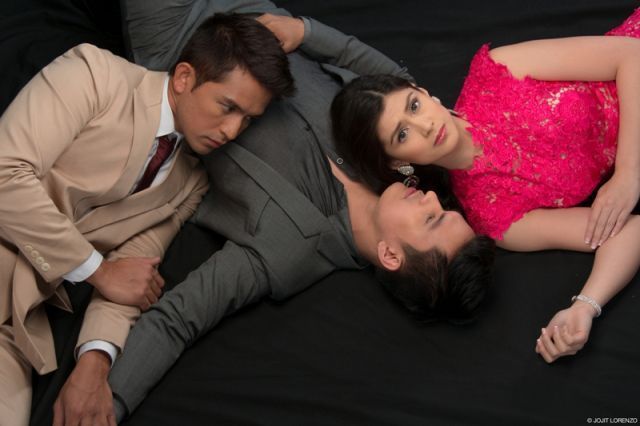 Via congluan.vn
What Made It Great: The first show to take a fairly nuanced look at homosexuality in the Philippines, it definitely turned a lot of heads during its run, and made a bona fide star out of the relatively unknown Tom Rodriguez. Even if it was yet another series about affairs, it managed to posit the question of who was really lying to whom when a gay man pretends to be straight just to conform with society. It managed to help us understand that a gay man who puts himself in that situation is placing himself in a no-win situation.
How The Ending Ruined It: Not so much the ending per se, but the fact that the show ended without an onscreen kiss between Tom Rodriguez and Dennis Trillo only proved that despite all the progressive ideas pushed by the show, homophobia is still very much alive and well. Apparently, we have no qualms showing the most torrid of kisses on television, so long as it involves a man and a woman and nothing else.

Via tfc.tv
What Made It Great: A light-hearted series headlined by the lovely Kim Chiu as the bubbly and perky Jade? Where do I sign up?!? Kim Chiu is at her best when you hand her cheery roles with light drama. Try to put her in heavy drama and you end up demanding too much of her acting range, as she retreats to “kawawang bata” mode. This seemed like the perfect series to showcase her strengths as an actress, and for most of the series, that's exactly what we got.
The fact that Sir Chief's star began rising thanks to this was just a bonus.
How The Ending Ruined It: The ending became a dramarama the minute Onyx, Jolo Revilla's character died, because they were still hung up on pushing Jolo's character despite the fact that: (1) Andy, Xian Lim's character had far more chemistry with Jade, and (2) Jolo acts about as well as his dad sings. I doubt anyone would have missed him if he was conveniently swept under the rug by the time the show ended, but they sure dwelled on him more than they needed to. 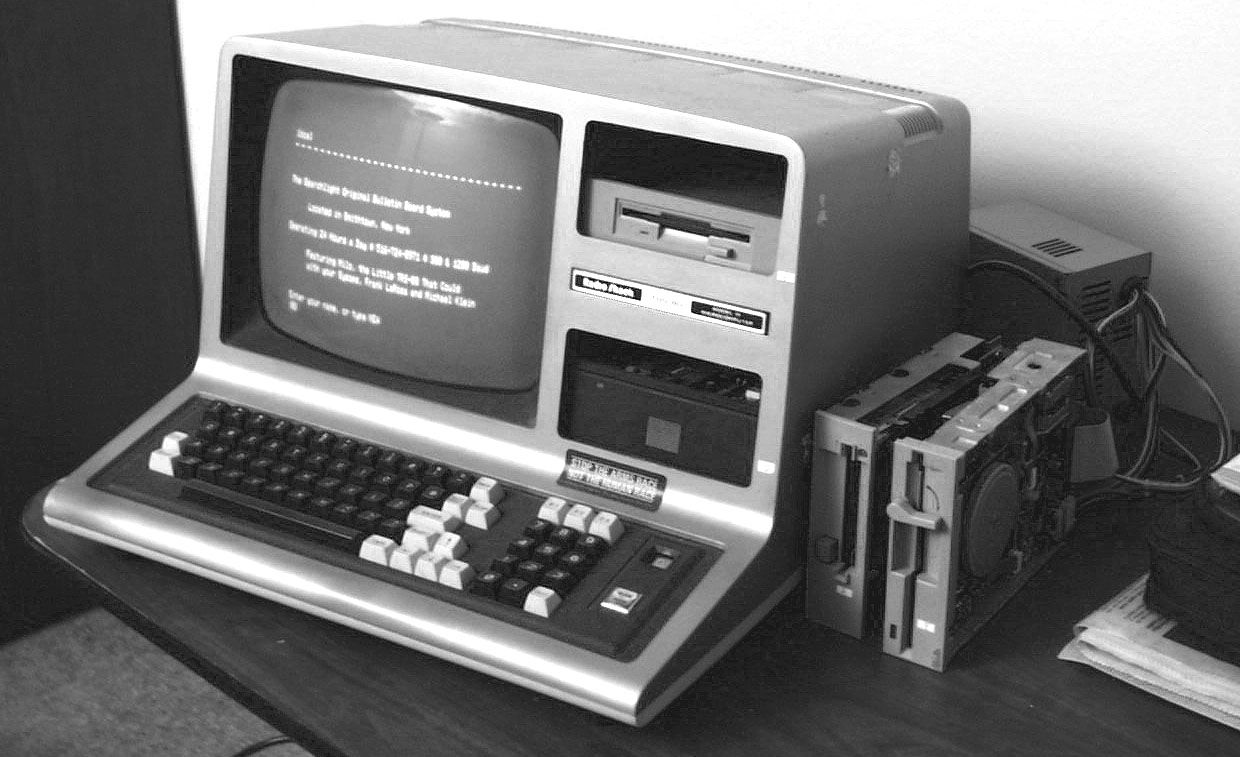 Via playdota.com
What Made It Great: Eric Quizon as a superhero, using the best of IBC-13's veeeery limited budget! Watching this TV show really sent you back in time when all computers only had a green display monitor and the concept of the internet was practically unheard of. Far as I'm concerned, this was a great show, okay?
How The Ending Ruined It: Upon turning the reins over to some completely unknown child actor for the spinoff “Computer Kid,” Eric Quizon's character just went out with a whimper. It wasn't even the kind of exit befitting an action hero of his kind: they pretty much just handwaved that he was gone and spun off into Ben David and his bumbling goons trying to beat Computer Kid. That's a huge step down from an alien civilization trying to take over the planet.

Via asianovela.com
What Made It Great: Michael De Mesa and Tirso Cruz III. 'Nuff said.
How The Ending Ruined It: It's like the complete reverse of “Pangako Sa 'Yo:” everybody dies in the end.  Well, except Gardo Valiente himself, but what's the point of your ultimate victory when your love interest croaked, your friends bought the farm, and practically every other character of note already kicked the bucket by the time your mortal enemy shuffles off his mortal coil?

Via forumbiodiversity.com
What Made It Great: The late Dolphy's comeback show in the '90s was nothing short of phenomenal. Playing a sympathetic dad living by the railroad, this series reminds us why he was the Comedy King.
How The Ending Ruined It: Far as I'm concerned, the series ended when then-MMDA Chairman Bayani Fernando made an appearance and declared that living by the railroad was now illegal, and they had to hastily relocate and then rename the show “Home Along Da Airport.” It was never the same after that. If you're wondering why BF didn't win when he ran for vice president, the fact that he pretty much killed this show was probably the reason why.

Via wikipedia.org
What Made It Great: A political drama that went beyond your typical romance themes because of its epic scale. Eddie Garcia was at his best here, and Cogie Domingo proved why he could have been the best actor of his generation through this series. Sunshine Dizon was also as reliable as she ever was. What more could you have asked for from a series, right?
How The Ending Ruined It: After Eddie Garcia's character pretty much pulled a Marcos while he was the president of the country, the ending came when all of this was magically undone because after a near-death experience, he woke up with the most convenient case of amnesia ever: he remembers who he was, what he does, and his entire family, but he forgot all the atrocities he ever did when he abused his power. And everybody accepted this excuse.
Correct me if I'm wrong, but even if GMA ended up with amnesia, I highly doubt the Filipino people will just say “oh, okay, cool,” and let her go along her merry way. 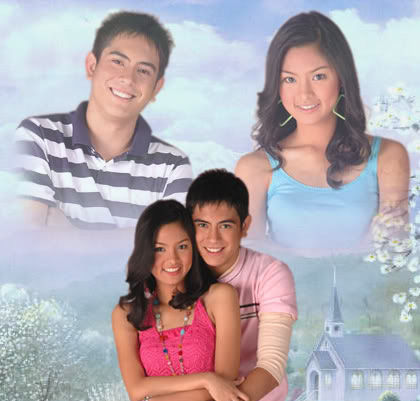 Via pinoyexchange.com
What Made It Great: You might think it took quite a lot of inspiration from the Jennifer Love Hewitt film “If Only,” but what made this Kimerald series really work was the unique conceit of time travel and second chances woven through its narrative. It pretty much took its own title very literally. Travis and Jasmine was just the first of many successful endeavors by what is probably my favorite loveteam of all time.
How The Ending Ruined It: Wow. Where do I even begin?
When they realized that they were destined to keep going back in a time loop and one of them would die over and over again unless they drastically changed something, Jasmine turned to Travis and came up with the most ridiculous idea ever.
Never mind the fact that to travel back in time, Jasmine had to use Travis's watch after he died, which she somehow figured out to have magic properties. Uh, how? It's not like Travis ever told her about the watch allowing him to have a second chance with her, let alone how to make it work.
So how did they prevent Travis's death via badly done CGI truck falling on him? Why, all they had to do on that fateful day he was supposed to die is to hang out and eat in Jollibee, because “lagi tayong masaya kapag nandito tayo.”
Hey, don't get me wrong. I love me some Jollibee, too, but it has yet to save my life and assure me of eternal love. Did they upsize their value meals to get that, or were those free toys that came with the Jolly Kiddie Meal? 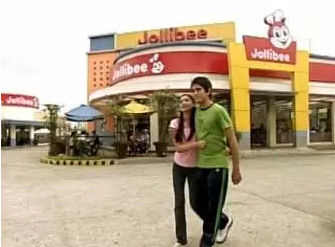 Notice the lack of any badly done CGI trucks flying in their direction?