8 Most Outrageous Celebrity Homes of 2014

While economies suffer recession and us regular citizens painfully figure out how we're going to pay next month's rent, a small population of the celebrity species continue buying ridiculously expensive, over-the-top properties.

Here are 8 of this year's most outrageous celebrity homes that could probably make you say "FML" over and over again. 2014 has been a big year for this Swedish DJ, and celebrated it by buying this Hollywood Hills mansion for $15 million. Aside from the lavish rooms and stunning views, there is also a man-made stream that runs in the house and empties into an infinity pool. The reality TV star doctor's Mediterranean home in Beverly Hills reportedly costs $6.25 million. We can say that Dr. Phil downgraded with this one, as his previous home was marked at $16.5 million (sold for $12 million). The 30-year-old Kardashian shared this home earlier this year with now ex-husband NBA basketball player Lamar Odom. Divorce papers have been filed, so this 8,347 square feet Mediterranean compound was put on the marker. Kardashian then bought Justin Bieber's Calabasas, California home , which made headlines because of the pop star's egging incident. 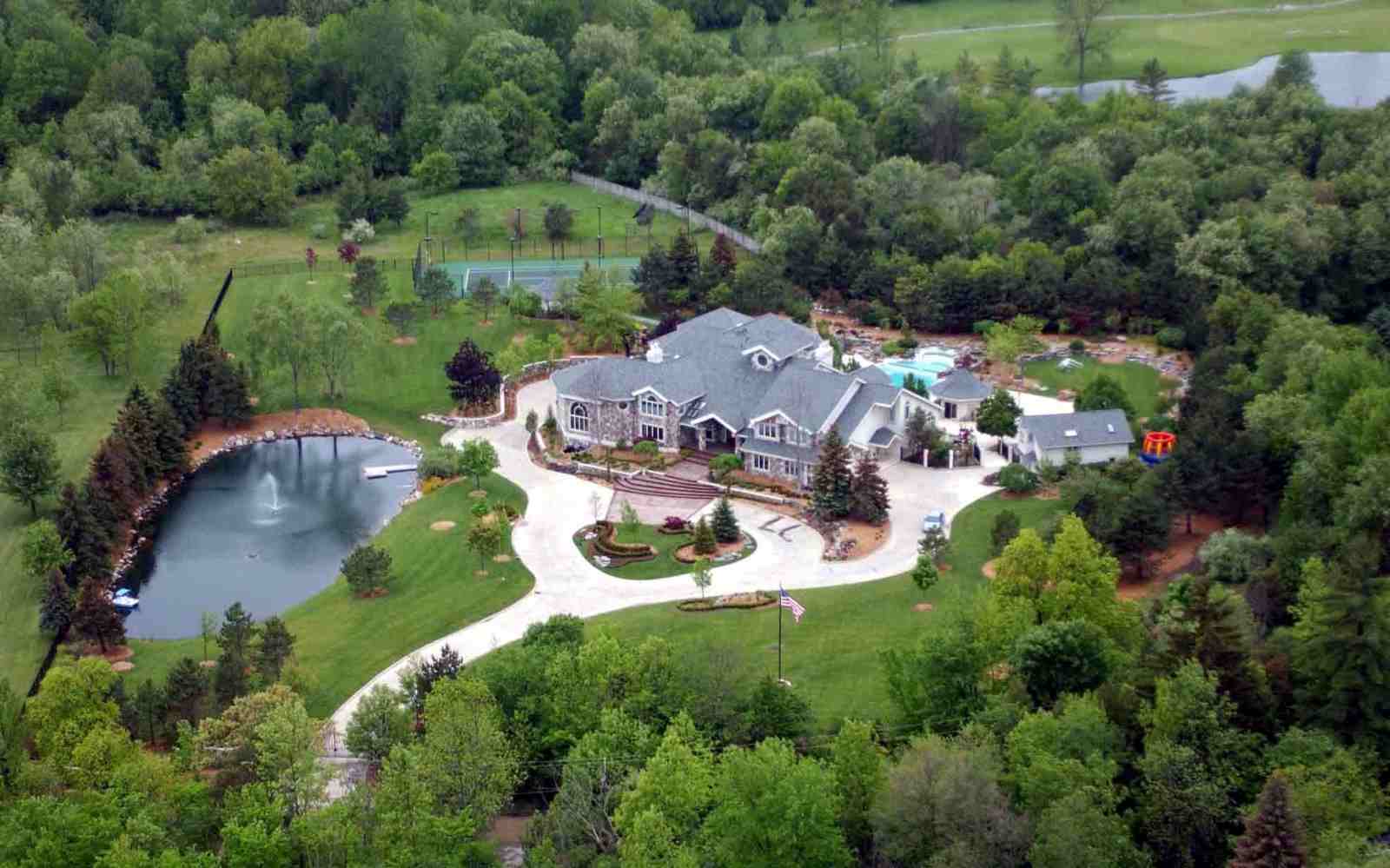 The American rapper's mansion is located in Oakland County in Michigan. This 15,000 square foot property reportedly has electic fences and guard booths, so it won't be easy to get access to Slim Shady. Let us not discuss the number of bedrooms and baths or the amazing views for this property. The highlights of John Travolta's multi-million dollar mansion in Florida are the TWO runways. He's a licensed pilot, so he can easily park his private jets. This is in addition to the vehicles that he can park is his 16-car garage. Bill Gates, Microsoft founder, philantropist, inventor, and possibly one the best geeks who ever lived, owns this 66,000 square foot estate on Lake Washington in Mesina, Washington. The estate is called Xanadu 2.0, after the estate in the classic film "Citizen Kane," which practically increases cool points exponentially.

According to one report, everyone who enters the compound wears a pin with a special chip that will adjust things like temperature and lighting based on the person's preferences. Yeah, technology! This 13th century, 1,000-acre, French estate owned by Angelina Jolie and Brad Pitt costs $60 million. There are reportedly 35 bedrooms, fountains, olive groves, and why not--a moat. They bought this in 2008, but it made headlines this year after they got married in an intimate ceremony. This 20-year-old has has a number of run-ins with authorities this year: he was arrested for reckless driving, charged with misdemeanor after egging a neighbor's house, and had a number of DUIs. You might think that he'll start getting all that karma for all the stupid things he's done, but apparently not. This December, he posted a photo of a new private jet on Instagram, captioned: "New jet for Christmas, and she's beautiful."

This isn't exactly a home, but it is outrageous, and will possibly be used by Bieber as his home while he tours the world, making money for more purchases, maybe another jet. Because now we see that the world is unfair.

Let's just hope that next time, though, he'll know how to use the oxford comma properly. Just sayin', Bieber. Just sayin'.

Do you have other outrageous celebrity homes to share? Write them in the comments section below!