Let's state the obvious: WE HAVE TO SUPPORT PHILIPPINE CINEMA. Not just the ones made by the big studios that feature the artistas in another one of those kabit movies or those that gross millions despite the ugly storyline and hideous acting of the child stars; not just those that are top-billed by the people we see everyday on television or only those movies fortunate enough to make it to numerous malls.
Philippine cinema has so much more to offer, as evidenced by the growing popularity and audience of the Cinemalaya Independent Festival, now on its 10th year.
We have to support Philippine movies that are not afraid to question, are not afraid to be different and those that give their audiences the avenue to dream, to think and to believe in the capacity of Filipinos as word-class filmmakers even if they don't have big name directors or sikat na artistas.
If that isn't enough to make you running to the festival, here are 8 more reasons why you should: 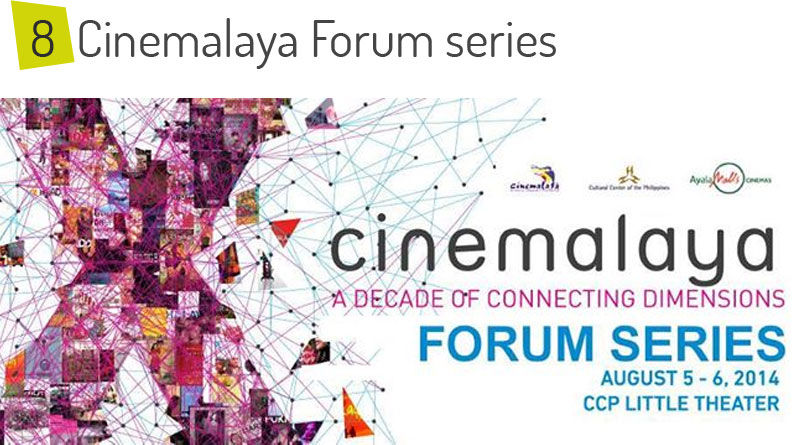 This may be the only chance for you to see the films before you hear them win or featured in international festivals.
Most, if not all, films featured in Cinemalaya get to be recognized internationally. Some of the more memorable ones from the previous years include: "Ang Pagdadalaga ni Maximo Oliveros" (Best Film, Montreal World Film Festival), "Engkwentro" (Grand Prize, Orizzonti Award, andd Luigi De Laurentiss Lion the Future Award, 66th Venice Film Festival), "Niño" (Co-Winner, New Currents Category, Busan International Filmfest) and those that were sent to the Oscars: "Donsol" (2007), "Ang Babae sa Septic Tank" (2011), "Bwakaw" (2012) and "Transit" (2013).

6 Cinemalaya Shorts and Its Directors 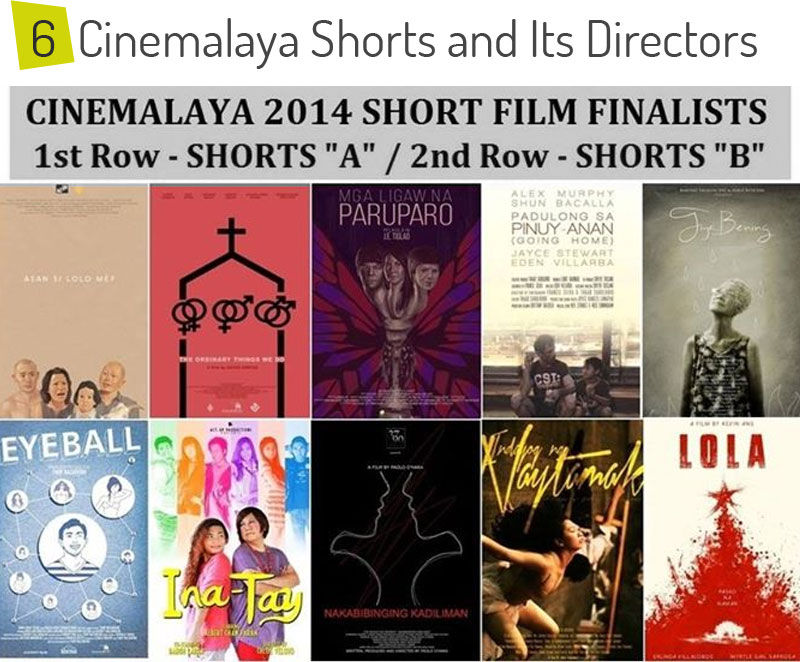 
Cinemalaya doesn't only focus on full-length films but also gives importance to the short features.
The Cinemalaya shorts provide great, witty and oftentimes humorous stories that are unusual, exceptional and sometimes eccentric all under 20 minutes. A panel chooses the top 10 among hundreds of entries.
Some of the more interesting synopses from this year's batch include a mother telling her young son that his grandfather has turned into a goat in order to cover up the grandfather's death (ASAN SI LOLO Me? by Sari Estrada), A beautician finding out that he has fathered a bouncing baby boy (INA-TAY by Chloe Veloso), and 2 physically challenged sisters (one is blind, the other is deaf-mute) dealing with first time crushes and infatuations (NAKABIBINGING KADILIMAN by Paolo O'hara).
Most of the directors who win in the short feature category eventually become award - winning, full-length film directors (Sigrid Bernardo, Alvin Yapan, Sheron Dayoc - to name a few) so it's sure that the directors in the short feature are people you have to look out for. 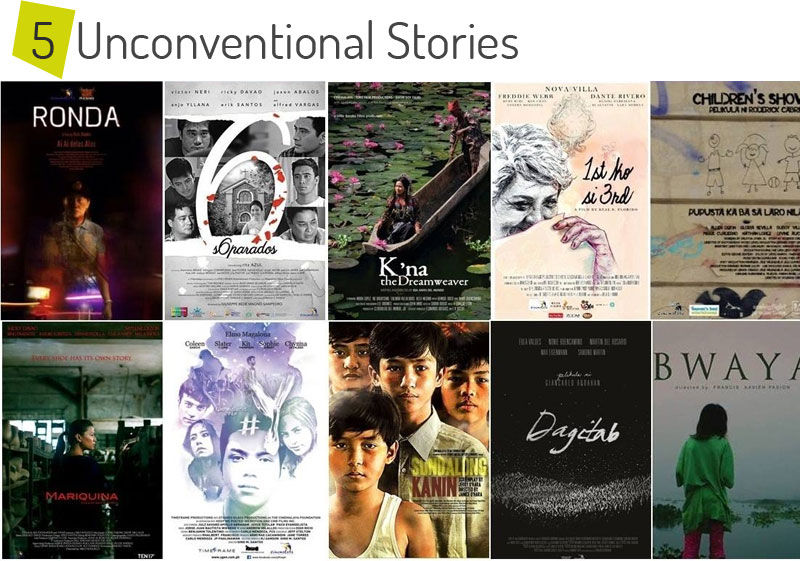 Cinemalaya has been known to present such a wide array of stories over the years ranging from the rite of passage of several kids (all genders included) to eccentric love stories (human - human, human - animals, human - inanimate objects), to socially relevant cases, and even musical presentations.
This year we will see yet another batch of unique stories, some of which tackle a 65-year old woman's re-encounter with first love, a kid devoured by a crocodile, a T'boli woman, underground wrestling matches of children, and growing up during the Japanese occupation.
The stories we have seen over the years in Cinemalaya only prove the variety and brilliance that we can see in Filipino movies in years to come. 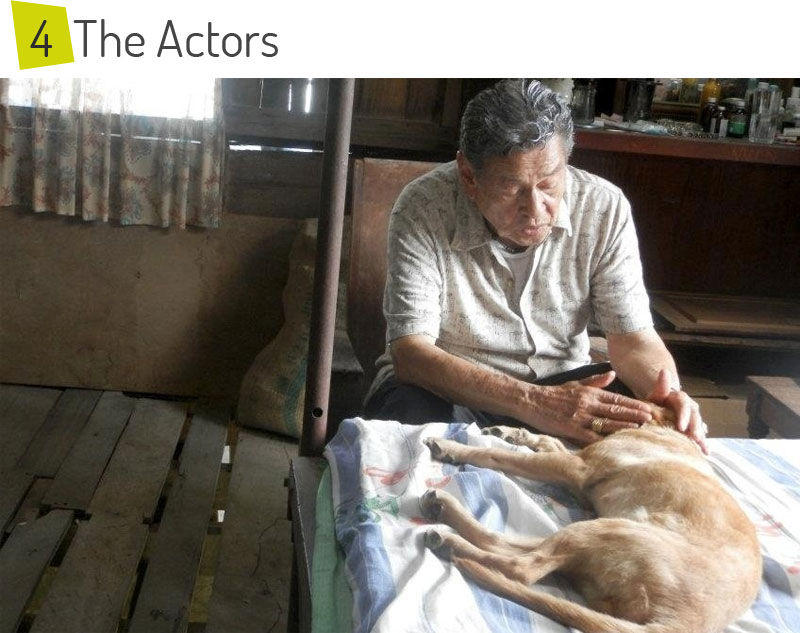 The difference between a movie star and a movie actor is this - a movie star will say, 'How can I change the script to suit me?' and a movie actor will say. 'How can I change me to suit the script?' - Michael Caine
We're not just talking about the artistas who want to be part of Cinemalaya for the exposure or those who are pitifully used to boost box-office sales. (But if that's what rocks your boat, then by all means, head to Cinemalaya to see them)
We're talking about the actors who work hard to pull off the most challenging of roles oftentimes needing to act younger or older than their age, studying dialects and languages and going beyond their own comforts to shoot in the most desolate of locations.
In previous years, we've seen both famous and not-so-famous actors pull off the hardest and most memorable of roles in Cinemalaya. Some worth mentioning here are Sid Lucero (Donsol, 2006), Racquel Villavicencio (Bisperas, 2011), Eddie Garcia (Bwakaw, 2012), Irma Adlawan (Transit, 2013), Ama Quiambao (Diablo, 2012), Krystle Valentino (Purok 7, 2013), Nathan Lopez (Ang Pagdadalaga ni Maximo Oliveros, 2005)
This year promises to showcase more talents both from mainstream and independent sectors. It will be a joy to witness characters effectively given life by the veterans, and other competent and promising actors.

3 Nora Aunor in her first Cinemalaya

Nora Aunor has been the recent buzz of the town when she was nominated as National Artist but was disqualified because PNOY deemed her unworthy.
It is sure that she is back with a vengeance in her first ever Cinemalaya film. Though she doesn't need to prove her acting prowess, most are expecting her Cinemalaya entry will definitely be a notch higher in performance compared to her other films (if that's even possible.)
If they run out of tickets for Nora's film entry, you might as well catch all the others they're showcasing on that day. 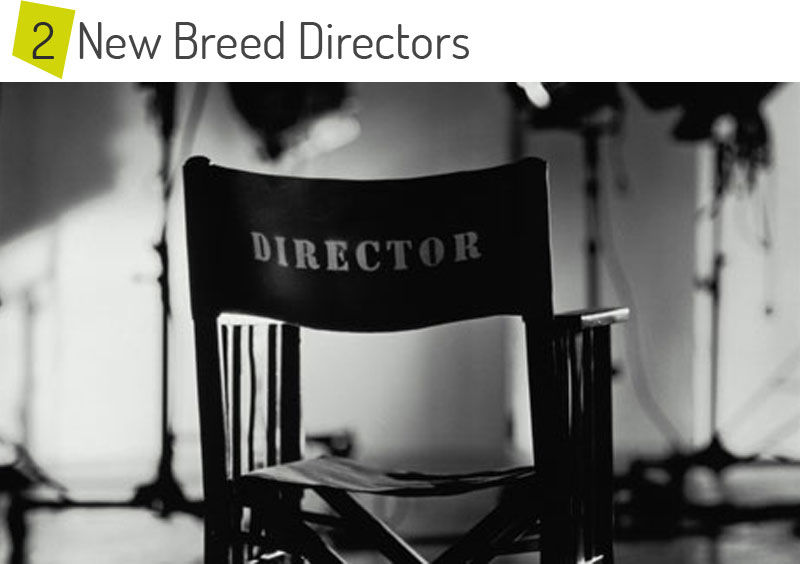 
The new-breed directors have not made a name for themselves - yet.
Even if this is the case, the Cinemalaya foundation trusted them to bring to life stories for us to love.
Most directors who made their debut in the Cinemalaya festival are now well-established directors who have the responsibility to keep Philippine cinema alive. Some of these directors include Chris Martinez, Marlon Rivera, Adolf Alix Jr., and Aureus Solito.
Don't miss out on this year's new - breed directors - the future of Philippine cinema. 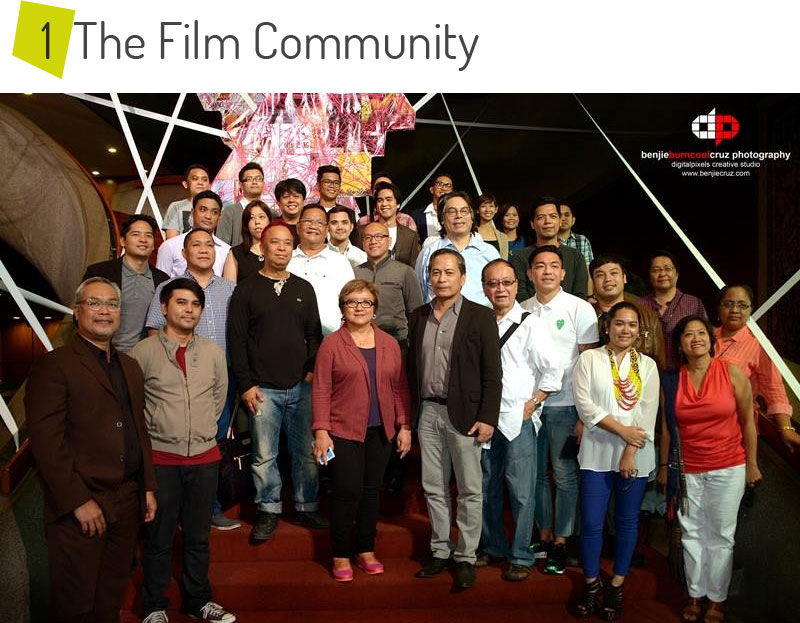 It is unquestionable that who's who will be in the Cinemalaya film festival.
We're not just referring to the directors and the actors, but also to all the others who have made a name (or are currently making them) behind the camera - cinematographers, producers, assistant directors, editors, musical scorers, production designers and all the others that make up the film community.
Just being there can contribute to your knowledge in Philippine cinema. Listen in to heightened volumes of conversations passionately discussing and comparing movies spanning several decades, or hear your favorite cinematographer discussing how he put the director's vision into the screen or even doing a snatched selfie with your favorite actors as they answer questions regarding how they prepared for the roles they completed.
There are endless ways to support, learn and be part of Philippine Cinema, and attending Cinemalaya X is one of them.


Cinemalaya X runs Aug 1-10 at the Cultural Center of the Philippines with satellite venues at Greenbelt, Alabang Town Center, TriNoma and Fairview Terraces. Visit www.cinemalaya.org or the Cinemalaya Facebook page for the screening schedule. Tickets available at Ticketworld.