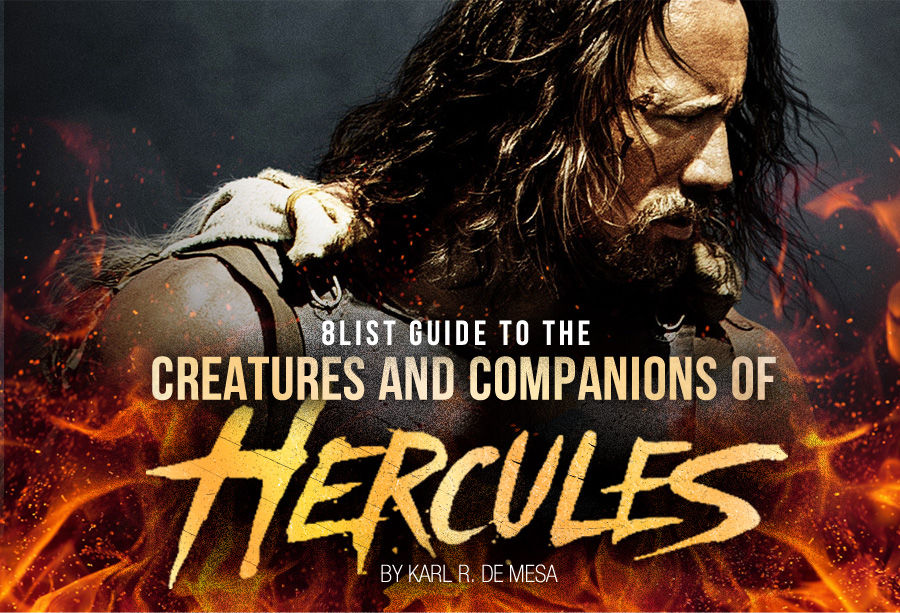 Can you smell what Dwayne “The Rock” Johnson is cooking?

Director Brett Ratner’s (Rush Hour, Red Dragon) 2014 re-imagining of the mythical son of Zeus hits like one of The Rock’s old school WWE suplexes. Slow to start the action, and even slower to establish how this Hercules isn’t what he seems, all the waiting pays off just before the first battle scene starts and the blows keep on coming with aplomb.

This version of Hercules is based on the Radical Comics series “Hercules: The Thracian Wars” (by Steve Moore and Admira Wijaya) where the supposed half-man and half-god is enjoying his reputation as an icon who has vanquished lions and hellhounds, revered as a super-human champion.

Dwayne Johnson stars as our titular hero, born with the strength of a god yet able to suffer like a mortal. Notorious for his larger-than-life exploits, including the famous “12 Labors” – the most harrowing tasks in all of ancient Greece – but haunted by his past, he has become a wandering mercenary, cashing in on his legend with a brash group of loyal followers.

Trading on his status as a warrior without equal, Hercules and his five faithful companions travel the length and breadth of the Greek empire selling his services for gold and using sleight-of-hand, intimidation tactics, and no small amount of smoke and mirrors combined with legitimate battle prowess to slaughter whatever enemies their current client points them against.

When the beautiful Princess Ergenia (Rebecca Ferguson) seeks out the mercenaries to pitch a mission for the benevolent ruler of neighboring Thrace to help them defeat a terrifying warlord, Hercules can no longer skate by on the folklore surrounding him.

As the companions find themselves increasingly way over their heads training Thracian rookies, confronting what might be true blue centaurs, and battling their own inner conflicts, much blood is spilled and hearty laughs had in the face of almost certain death -- especially from resident seer Amphiarius, who seeks a beautiful death that he foresees but can never tell when it will befall him.

Johnson is no slouch either as he mines his patented over-the-top machismo with comedic timing to fuse together something between the old school Bruce Willis “Die Hard” one-liner gems, Schwarzenegger physicality, and some of the snark and pomp that is truly The Rock’s own.

Anybody familiar with the Greek story will find much to muse about in this movie and how it turns some staples of the myth around with modern, interesting gusto, including the slaughter of Hercules’s family and the details of how and why he became a mercenary.

Here’s a few of the creatures featured in the movie, as well as the companions and characters who figure in this version of Hercules.

The trophy of this labor is the pelt that hangs around our hero’s shoulders and its head acts as an menacing helmet. Some sources say that as Hercules was searching for the lion, he fletched some arrows to use against it, not knowing that its golden fur was nigh indestructible. In the cave’s dark and close quarters, Hercules stunned the lion with his club and strangled it to death. Problem: he still couldn’t skin the animal because of its tough hide. The battle goddess Athena finally helped out our hero by telling Hercules to use one of the lion's own claws so he could skin the pelt. Slaying the lion is regarded as the first and most daunting tasks of the 12 Labors because of the lion’s armor-like fur.

7. THE HYDRA AND OTHER LABORS

In the Lake of Lerna in the Argolid lay the dreaded Hydra, a reptile with too many heads to count (though stories say the Lernean one had only nine) – and for each head cut off, two more grew in its place. In addition it also possessed poisonous breath and a blood so virulent with disease and rot that even its tracks were deadly. Apparently, this one was pretty problematic because of the math and just one guy swinging his sword. According to the myth, Hercules was eventually able to defeat the monster by asking his nephew Iolaus for help, who burned each stump after Hercules decapitated one head. Great idea, that!

While the other 10 Labors are given almost zero screen time, they are, in order of chronology:

*Capture the Golden Hind of Artemis.

*Clean the Augean stables in a single day.

*Steal the Mares of Diomedes.

*Obtain the girdle of Hippolyta, Queen of the Amazons.

*Obtain the cattle of the monster Geryon.

*Steal the apples of the Hesperides

*Capture and bring back Cerberus.

The soothsayer Amphiaraus joins Hercules’ band of mercenaries as a much-needed spiritual adviser. Now, having seen a vision of his own future death, Amphiaraus fights without a drop of fear because he believes it is not yet his time. Ian McShane right away was drawn to the character. “He’s someone who says don’t blame the gods for the acts of man – you must take responsibility for your own fate,” he explains. His weapon of choice is a spear with retracting side blades.

Autolycus might lack for Hercules’ astonishing strength, but he has more than made up for it with the sharp blade of his wit, ultimately becoming Hercules’ master strategist. Rufus Sewell takes on the role of Hercules’ wisecracking friend. “Autolycus and Hercules go way back, and they've got each other's backs,” Sewell explains. “They have a kind of communication that goes beyond words. They've always worked together, and that's a source of great pride to Autolycus, that he knows Hercules better than anyone else.” Autolycus is adept at all small weapons and he prefers to use his throwing knives when at a distance.

Mute Tydeus, the lone survivor of an onslaught on the city of Thebes, is loyal to Hercules, but when he is unleashed, the beast within can take over. Norwegian actor Aksel Hennie was intrigued by his character’s way of dealing with the world. “I love the fact that you have this character has all these feelings, and all this rage, but he’s not able to express that verbally. It gives him a mystique,” says the actor. This guy prefers pure aggression with his two battle axes used in a whirling dervish of frenzy. 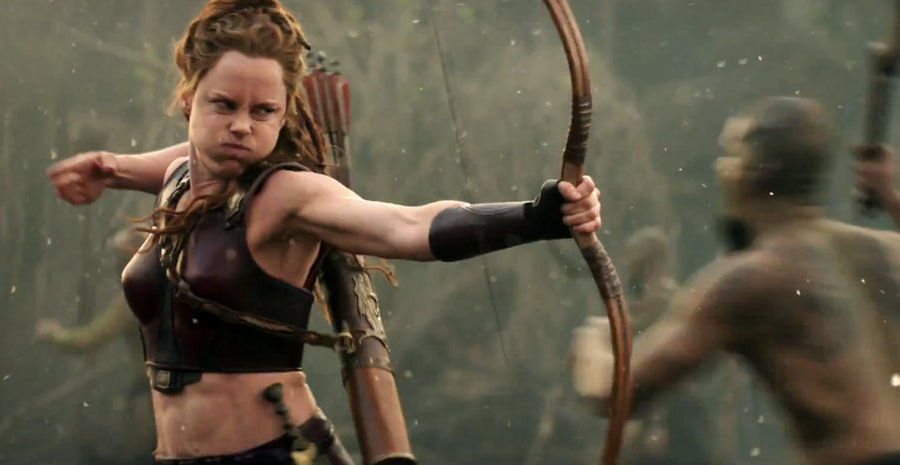 The archer Atalanta possesses the world-famous feminine strength of an Amazon – and owes Hercules a blood debt. Says Ingrid Bolsø Berdal, “Atalanta is the icon of strong women, so it took a bit of self-confidence to take that on. But the story was so good, an epic action blockbuster full of interesting characters with their own arcs and agendas, it was irresistible. And it attracted great actors which made it even more thrilling.” The statuesque Amazon is a crack shot with a great yew bow whose tips, as heavy as the edge of a table, can be sued as bludgeons.

The mercenary Iolaus is Hercules’ cousin and the storyteller who has spread his legend across the land. He is played by Reece Ritchie, who made his debut in Roland Emmerich’s “10,000 B.C.” and played the role of Bis in “Prince of Persia: The Sands of Time.” Ritchie says of Iolaus: “He’s always followed Hercules, but I don’t think he’s ever been on an adventure this big or incredible, and it gives him lots of new material for his stories. He is someone who is full of wonder, but he wants to prove himself as a worthy warrior also.” 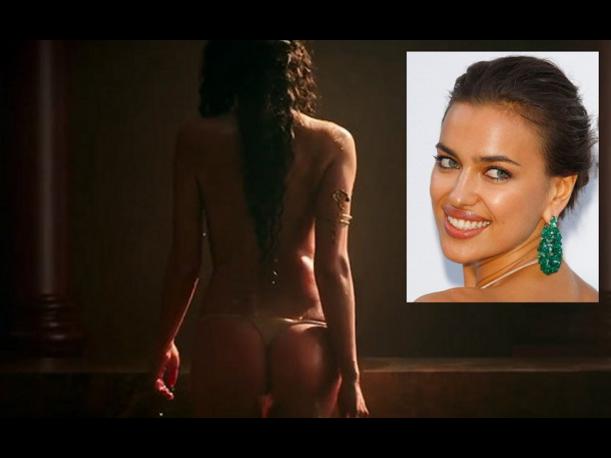 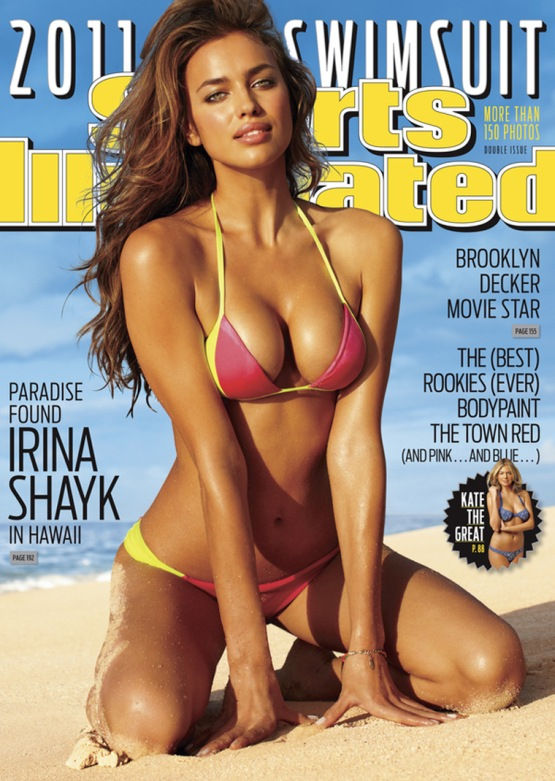 Supermodel and perennial Sports Illustrated cover girl Irina Shayk plays Hercules’s murdered wife Megara. No speaking parts, just pure eye candy. Best companion yet? You betcha. Any other questions or protests may be directed to the pictures you behold here.

“Hercules” is rated R-13 by the MTRCB and now showing across the Philippines in 3D, 2D and IMAX 3D,"Hercules." It is distributed by United International Pictures through Columbia Pictures.