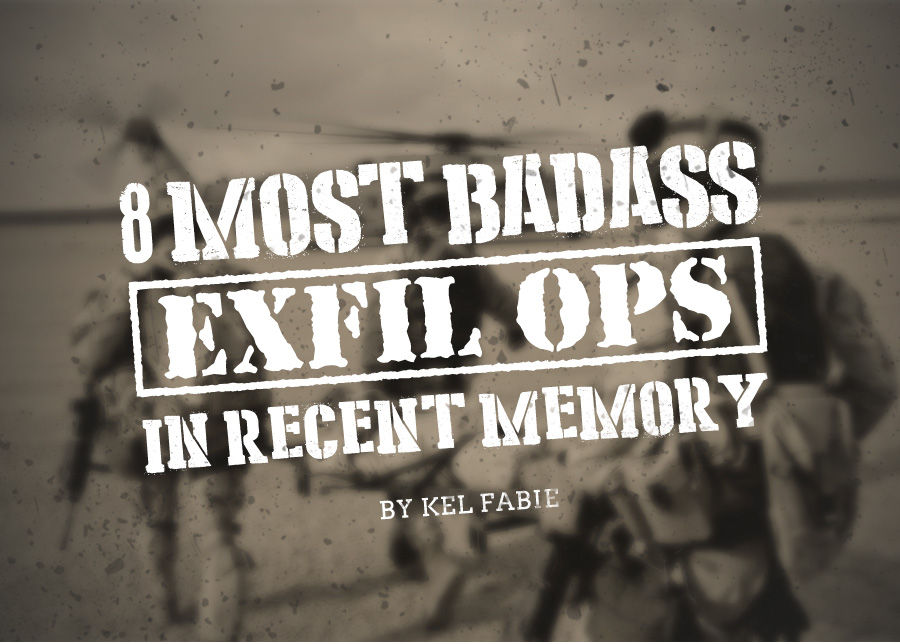 [dropcap letter="I"]n what is probably a more appropriate moment for #FilipinoPride than anything else, a Filipino peacekeeping group went maverick on a UN Commander who ordered them to surrender to Syrian rebels. This is just one of the 8 most amazing exfil ops in recent memory, and one of these stories already won a bunch of Oscars.
Here they are, in case you need to grow a beard of manliness this week. 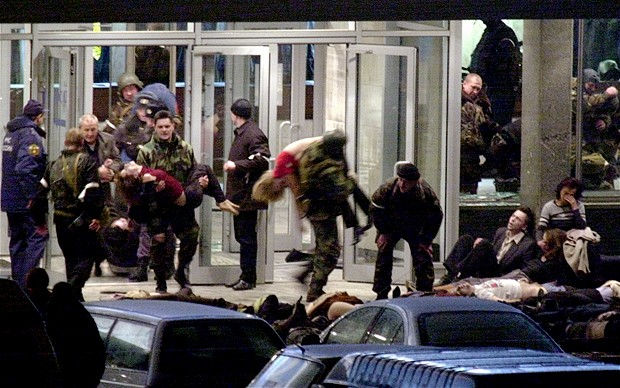 Via telegraph.co.uk
The Situation: In October 22, during a sold-out showing of Nord Ost in the Dubrovka Theater, 40 to 50 Chechens took 850 theater patrons hostage. They were Islamist separatists who demanded the withdrawal of Russia from Chechen and the end to the (second) Chechen war at the time. Chuck Norris's cellphone was unreachable at the time, meaning the Delta Forces were unavailable.
The Badassery: Unlike the incompetence displayed by our attempt to rescue the Hong Kong hostages in 2009, the Russians deliberately operated in a way that they knew would get hostages killed (not that I'm condoning it or anything). After about three days into the standoff, the Russian Spetsnaz pretty much ran out of f*cks to give for both the Chechens and the hostages as they pumped the theater with gas and then stormed to the rescue. All terrorists were killed, but so were about 130 of the 850 hostages due to the gas attack plus the fact that Russia withheld the information as to what the gas they pumped into the theater actually was. When Putin wants to make a point, boy, does he make a point. 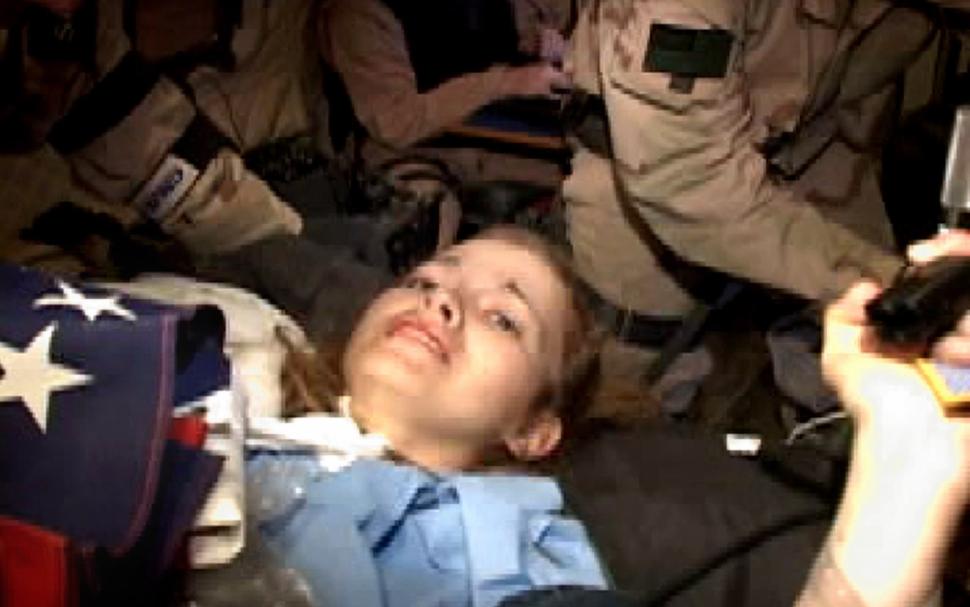 Via nydailynews.com
The Situation: On March 23, 2003, Private First Class Jessica Lynch and her convoy were ambushed by Iraqi forces during the battle of Nasiriyah. Lynch was seriously injured and captured, and while Steven Seagal was Out For A Kill, he wasn't On this Deadly Ground.
The Badassery: Well, what do you know? They pretty much just waltzed right in and picked up Jessica Lynch in the hospital where she was held captive in. Turns out, the Iraqi combatants left the hospital a day before Lynch was rescued, leaving only medical staff who were treating her humanely and like any other patient. Still, if you were one of the doctors being held at gunpoint by a bunch of US marines, you'd think how badass they were, too, before you s*** your pants. 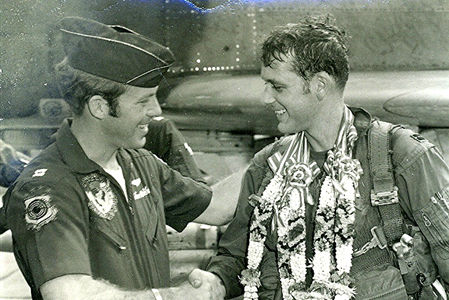 Via generalsteveritchie.com
The Situation: During the Vietnam War, Roger Locher was a pilot shot down behind enemy lines. He then spent the next 23 days evading capture, which was a record for the war. Not even Arnold Schwarzenegger's ability to evade the Predator came close.
The Badassery: Because “no man should be left behind,” USAF General Vogt practically shut down the war and sent 119 aircraft to recover Locher. Even Putin would have thought “overkill” at the idea of doing that, but General Vogt chose to do right by one of his men. No losses were suffered by the Americans on this rescue mission. 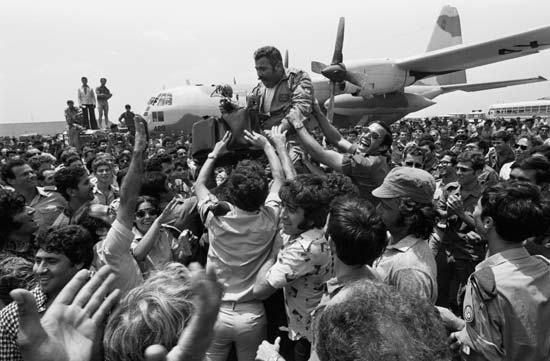 Via davidkukoff.com
The Situation: On July 4, 1976, Air France Flight 139, originating from Israel and headed to Paris, was hijacked by two Palestinians and two Germans and diverted to Libya. They refuled and headed to Uganda, where they proceeded to make demands of the Israeli government to release political prisoners. They then sorted out the hostages and kept mostly only Israel citizens, even releasing Jewish people who did not have Israeli citizenship. Wesley Snipes was not aboard this flight, despite being Passenger 52.
The Badassery: As the Israeli commandos attacked and dealt with not only the four initial terrorists but several Ugandan military troops as well, their heavy planning and execution paid dividends. Out of the over a hundred hostages, only three of the hostages were lost. Only Lt. col, Yonatan Netanyahu, the commando leader, became a casualty among the rescuers. The hijackers never really stood a chance, because as Adam Sandler said: you don't mess with the Zohan. 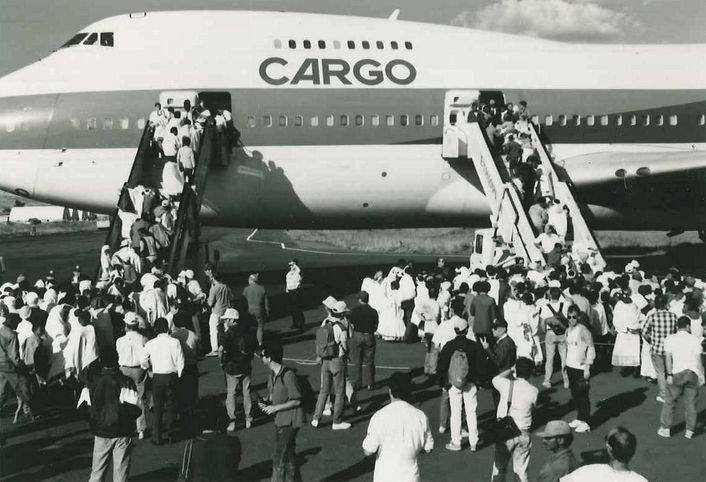 Via sizedoesntmatter.com
The Situation: In 1991, thousands of Ethiopian Israelis were stuck in a quagmire of political instability as the government was being toppled by rebels. This dangerous situation gave them a chance to make their escape from Ethiopia, but flying out of the country was not going to be easy. Something had to be done. Sylvester Stallone didn't have ideas that didn't involve sending the Expendables in to shoot everyone up.
The Badassery: Instead of a firefight, Israel, with help from the US government, covertly airlifted a total of 14,325 Jews to Israel within 36 hours. Sometimes, you don't need to fire a single gun to be a badass. 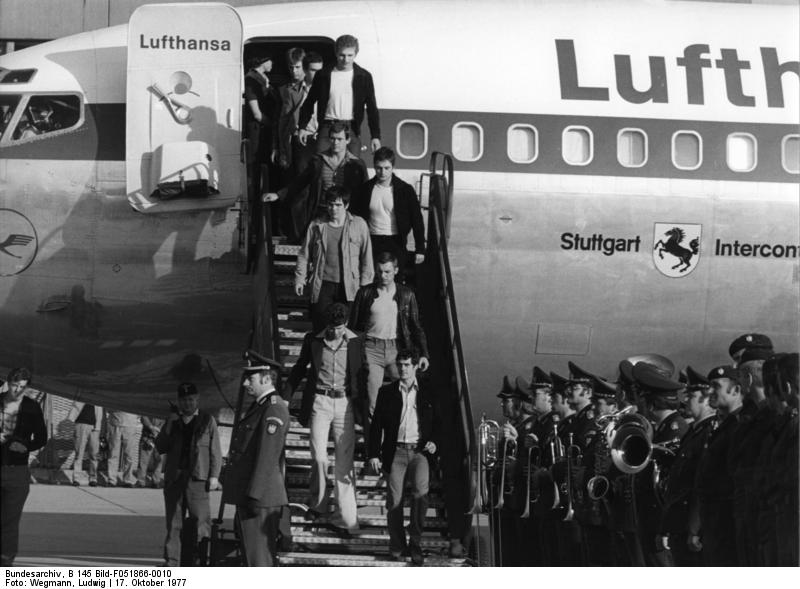 Via wikipedia.org
The Situation: In October of 1977, Lufthansa Flight 181 was hijacked by four militants who called themselves Commando Martyr Halime. They demanded that in exchange for the passengers, the Germans release several imprisoned Red Army Faction leaders. Despite being a Universal Soldier, Jean Claude Van Damme did not take part in the rescue operation for this one.
The Badassery: Five days after the hijacking, the West German counter-terrorism group, the GSG-9, with a little help from some of Somalia's SAS, stormed the plane and rescued all 84 hostages. You read that right: not a single hostage casualty. They just went to the plane, opened the doors, shouted instructions in German, and promptly shot the militants, reminding everyone exactly how efficient the Germans really are. 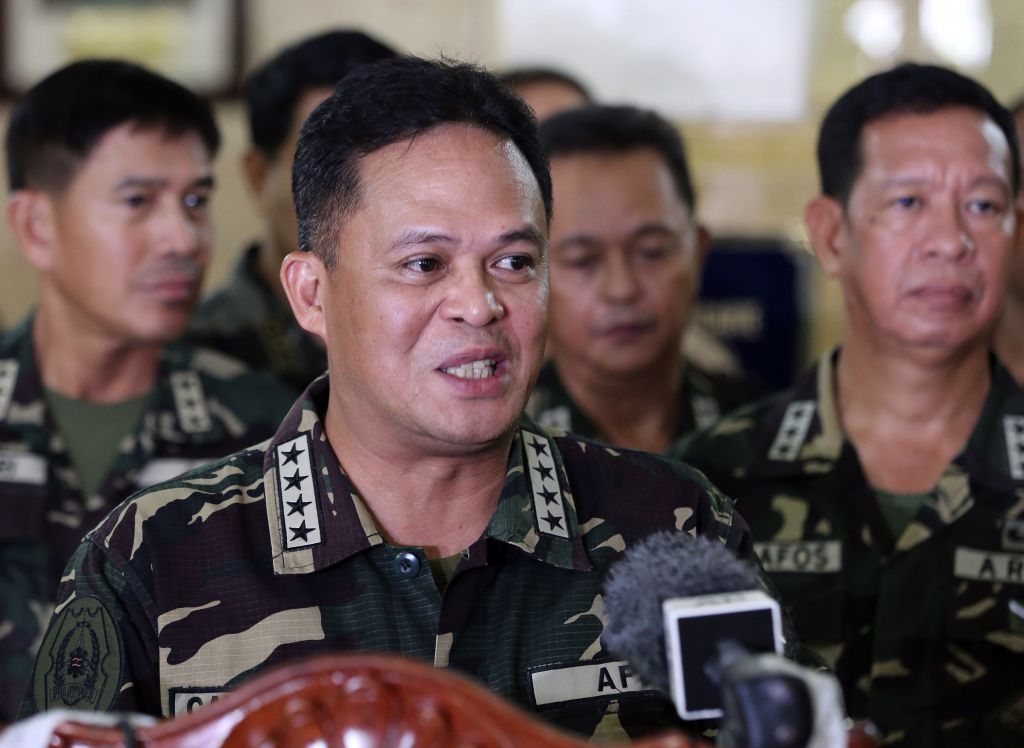 Via timesofisrael.com
The Situation: A Filipino peacekeeping force came under fire from Syrian Rebels in Golan Heights, and was allegedly ordered by the UN Disengagement Observer Force (UNDOF) Commander, Lt. General Singha, to surrender their weapons to the rebels. Monsour del Rosario and the rest of the Eagle Squad were nowhere to be found.
The Badassery: Surrender? No surrender! AFP Chief of Staff Catapang (what an appropriate name!) countermanded Singha's ordersa nd had the 40-strong force fire back and then make their escape in the cover of darkness. Now, just like your typical Top Gun/Lethal Weapon flick, Catapang and his men are facing an inquiry because of not following orders, although again, the UN denies that the order was specifically for the Filipinos to surrender their weapons to the rebels. All that was missing would be coach Chot Reyesn shouting “PUSO! PUSO!” while the troops made their daring escape. 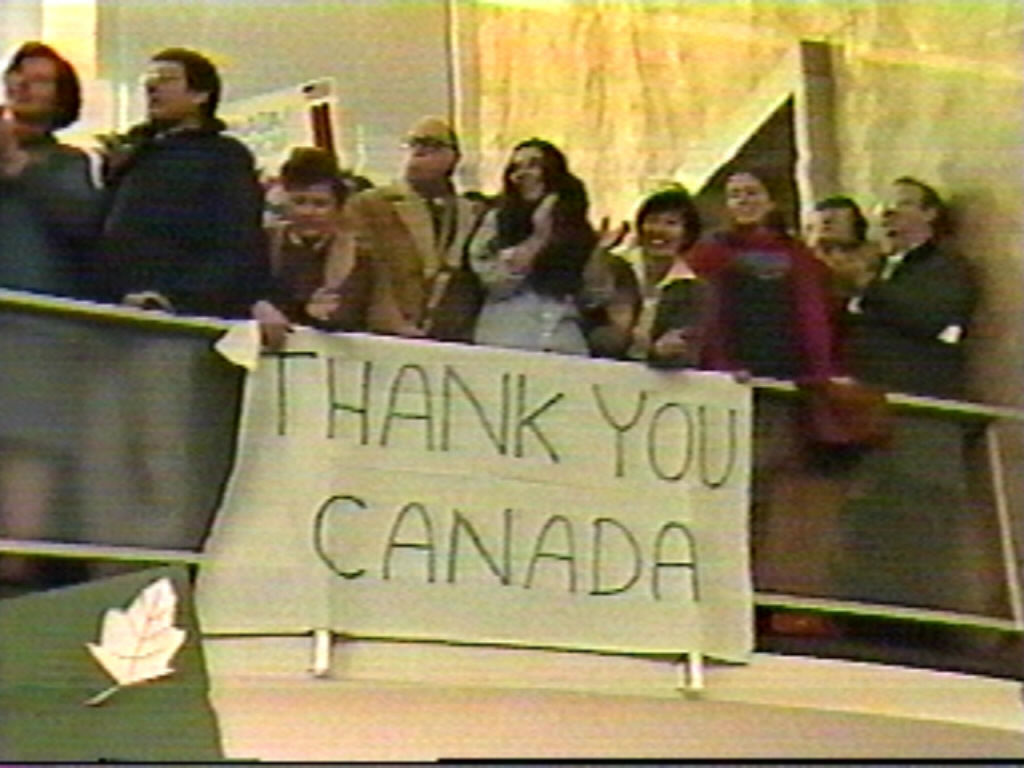 Via wikipedia.org
The Situation: Remember the film “Argo” in 2012? Well, this rescue was the basis for that film, although they understandably embellished some parts and pretended Ben Affleck could pull off the '70s pornstache (spoiler alert: he failed miserably). Nonetheless, after the US Embassy in Tehran was attacked by Iran, several Americans working there had to go into hiding with a Canadian diplomat. While the Iranians were looking for them, the CIA and the Canadian Government needed to hatch a plan to rescue these people. Quietly. That's something a wisecracking Bruce Willis can't do, because old habits Die Hard.
The Badassery: It was a ruse that was so insane, it just had to work. Pretending to be part of the scouting crew for a sci-fi film called “Argo,” Tony Mendez personally disguised and exfiltrated the Americans by pulling a fast one on the Iranian government, as the Americans who were in hiding pretended to be there to scout for filming locations. The 2012 film's script practically wrote itself based on the premise of the rescue alone. Contrary to what the film depicted, though, the minute they were at the airport, the danger had pretty much passed already, and they managed to take their flight home with no incident.