8 of the Most Insane Things About Imelda Marcos [/hide_this_text] 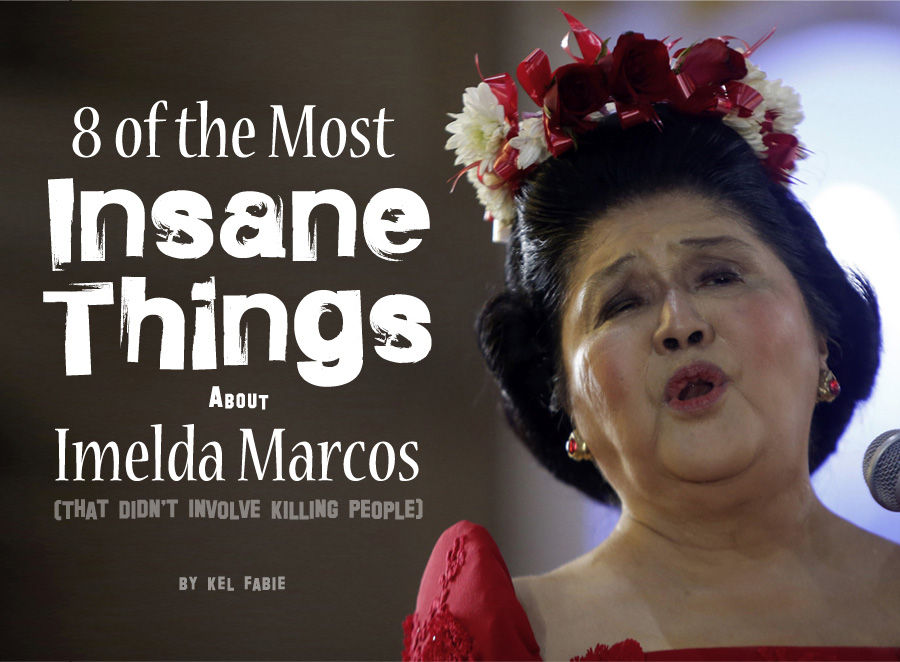 So here we are, a few days away from “celebrating” the anniversary of the declaration of Martial Law, which happened 42 years ago. From that point on, the Marcoses ruled with an iron fist until the EDSA revolution in 1986.
It's a bit difficult to explain how insane those times were to someone who was born well after the first EDSA revolution. It's a bit difficult to ignore on paper the many achievements the Marcos regime had achieved during its tenure, too. After all, they had 20 years to try to get it right, whereas the closest thing someone got to that afterwards was 9 years during Gloria Macapagal-Arroyo's term. That doesn't even come to half.
So maybe it's almost understandable why a lot of young people think Marcos may have been the best president ever. Maybe it's just logical to be a bit wary of the way the history books were written when the son of our so-called patrons of democracy, Ninoy and Cory, isn't exactly winning people over with his rhetoric that the heavy traffic we are currently suffering is actually“a sign of economic growth.”
That's why we bash him, right? Hell, I do it, too. I don't mind letting my displeasure known because I want this country to be better just as most of us well-meaning Filipinos who critique the government fairly do. But I'll tell you what you could not have done when Marcos was president. You could not have bashed him. Or you could, then you'd just "disappear" one night, and never be seen again. It's easy to see why people “loved” Marcos during his time: anyone who didn't would just "disappear," and thus didn't count.
And then there was his wife, Imelda. Marcos apologists sometimes say that if she weren't in the picture, Ferdinand Marcos would have been undisputably the best president ever. Except she was in the picture, so who knows, and who cares what would have happened if she weren't? That's speculative alternate history that wouldn't really do us any good to factor in when we talk about how “great” the Marcos presidency was.
What we can do, though, is to look at some of Imelda's crazy antics and wacky hijinx, and from there, see just what kind of an impact she had in making sure silly things like human rights didn't get in the way of the Marcos machinery. Here are just 8 of those moments. 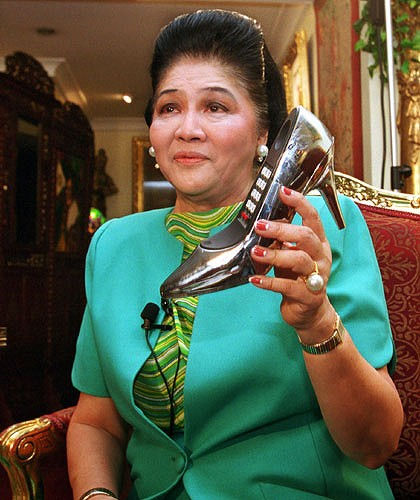 Via claresauntie.typepad.com
The Incident: Not an incident, so much as a prolonged and baffling display of ostentatiousness, but yeah, Imelda had a collection of about 3,000 pairs of shoes in her time. Some estimates even go as high as 7,500 pairs!
The Insanity: I understand having 3,000 pairs. But wow. She wore all of them. How she found the time to even wear each pair at least once is beyond me, because in my lifetime, I don't even think I've had a hundred pairs of shoes, total.

7. THE REASON BEHIND HER FASHION SENSE 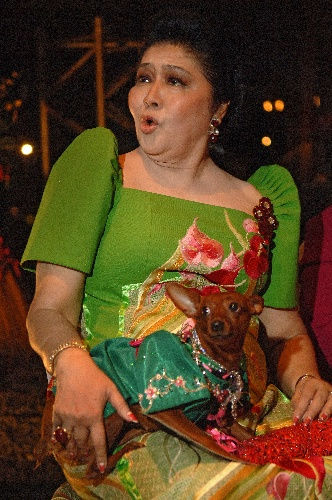 Via thecheapgirl.com
The Incident: When asked why she would dress so ostentatiously in the face of crippling poverty, she reasons that the way she dresses inspired the poor to dress better.
The Insanity: When a rich douchebag drives up in a Rolls Royce then proceeds to park in the handicapped parking slot, I don't feel inspired one bit. I just think they're compensating for something. So what exactly is Imelda compensating for? 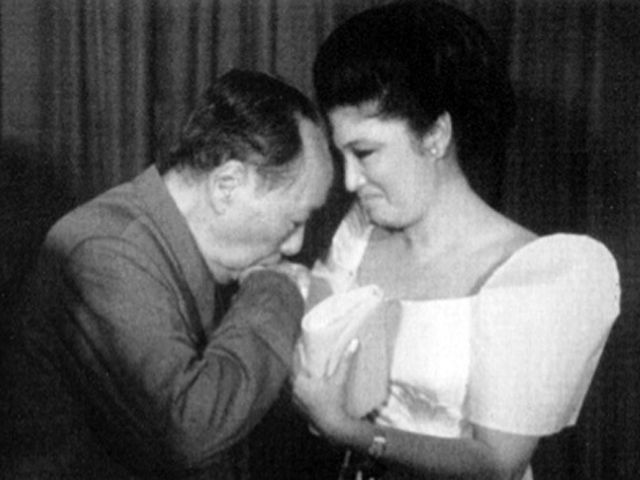 Via curate.tumblr.com
The Incident: In an “interview” with Kate McGeown of BBC News, Imelda Marcos casually mentioned that the end of the Cold War came in no small part due to the fact that Chairman Mao kissed her hand.
The Insanity: Not only is her boast too self-aggrandizing to be taken seriously, she's also prone to dropping more names than knocking off the white pages off a table.

5. AN AUDIENCE WITH THE POPE 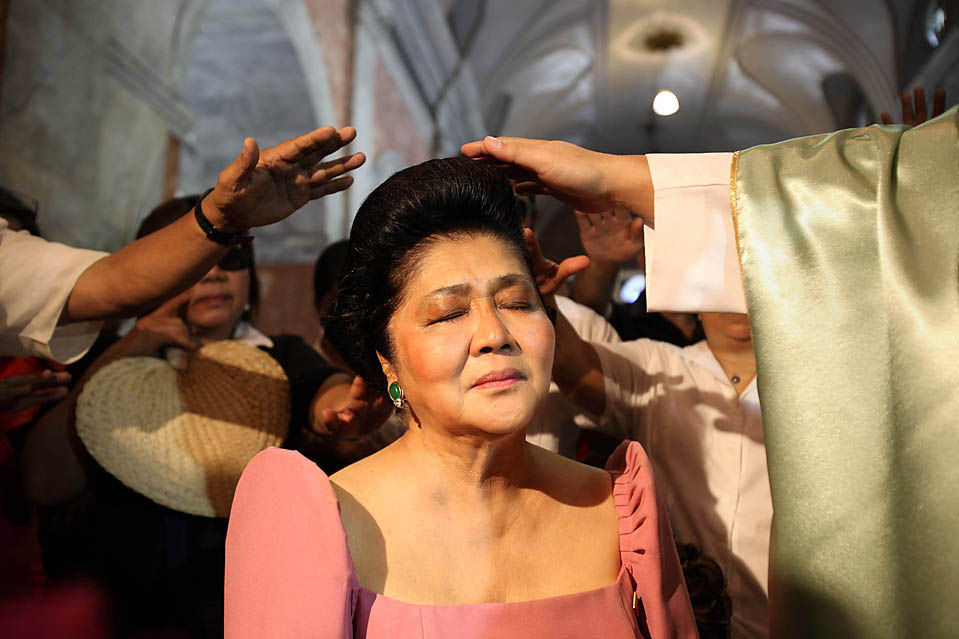 Via blogs.wsj.com
The Incident: In an encounter with Pope Paul VI, Imelda famously quipped “God is love. I have loved. Therefore, I will go to heaven.”
The Insanity: The Pope responded, “oh, how wonderful, how childlike,” and I cannot detect a single hint of sarcasm in that response.

4. HER THOUGHTS ON APPLE 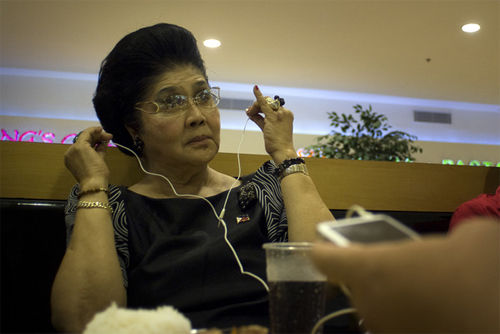 Via davidbyrne.com
The Incident:  So there she was, explaining the “Seven Portals to Peace,” and at some point, she explains that the Computer came from the Creator, because computers use 1's and 0's, and if you put a 1 above a 0, it looks like an apple. The apple was the fruit that tempted Adam and Eve (Spoiler: the Bible never specified that.), and Apple is a computer brand, therefore, the Creator and the Computer are intrinsically linked together.
The Insanity: This was point ten of the “Seven Portals of Peace.” 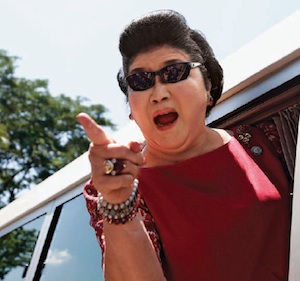 Via macleans.ca
The Incident: So there I was, a year out of college, invited to a party to be held at Imelda's home in San Juan. Essentially, everything she said in the Imelda documentary about the good, the true, and the beautiful? She repeated it here. Verbatim. It's apparently a script she's committed to heart by now.
The Insanity: How about the part where she unveiled a plan about making money for the Philippines via deuterium that involves the people present helping her get her frozen assets unfrozen? Turns out, the whole party was a pitch to have people clamoring to have the cases against her dropped. I can has firsthand experience with Imeldific insanity!

2. THE “COSPLAY” PARTY WITH GENERALS 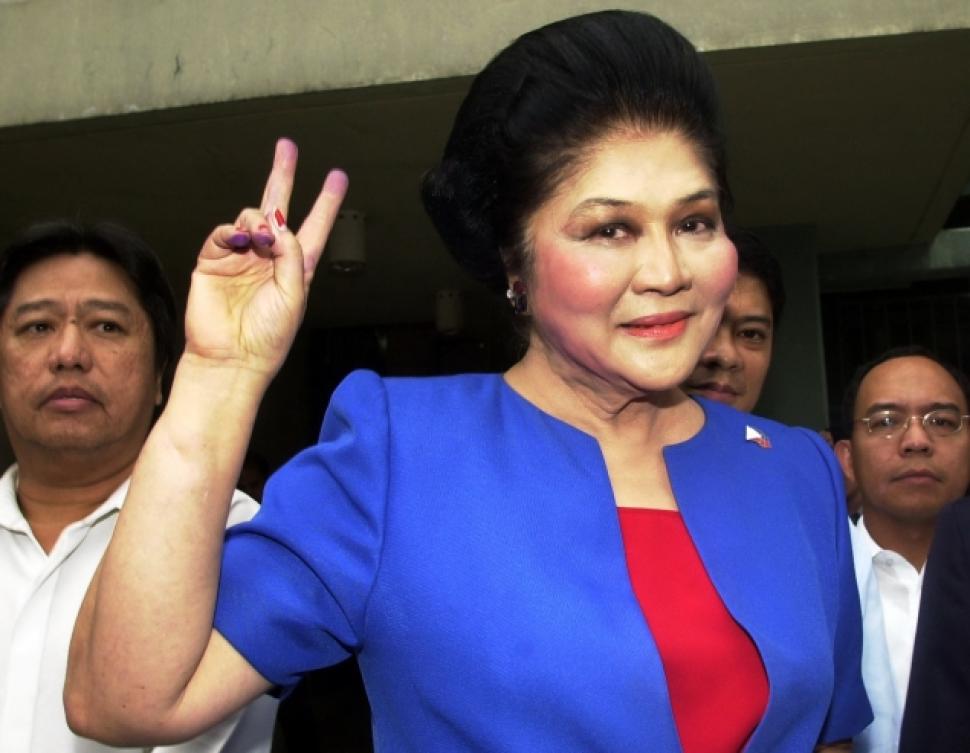 Via nydailynews.com
The Incident: A recent wikileak pretty much intimated that for a particular party, Imelda had forced hundreds of male troops, including generals, to dress up in women's clothing. The generals and their wives were clearly not amused, but went on with it, while the president appeared oblivious to the displeasure and awkwardness of the whole thing.
The Insanity: This went on for two days (two days!). Think about it this way: if these powerful and ruthless generals were afraid enough of Imelda to wear women's clothes for two whole days, exactly how terrifying can Imelda be?

1. IN HER OWN LITTLE WORLD 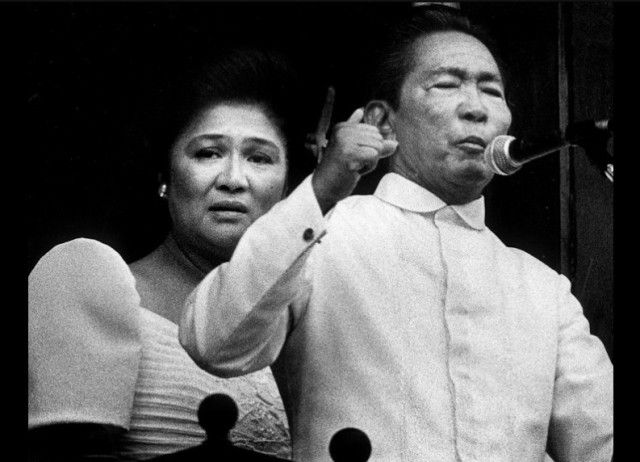