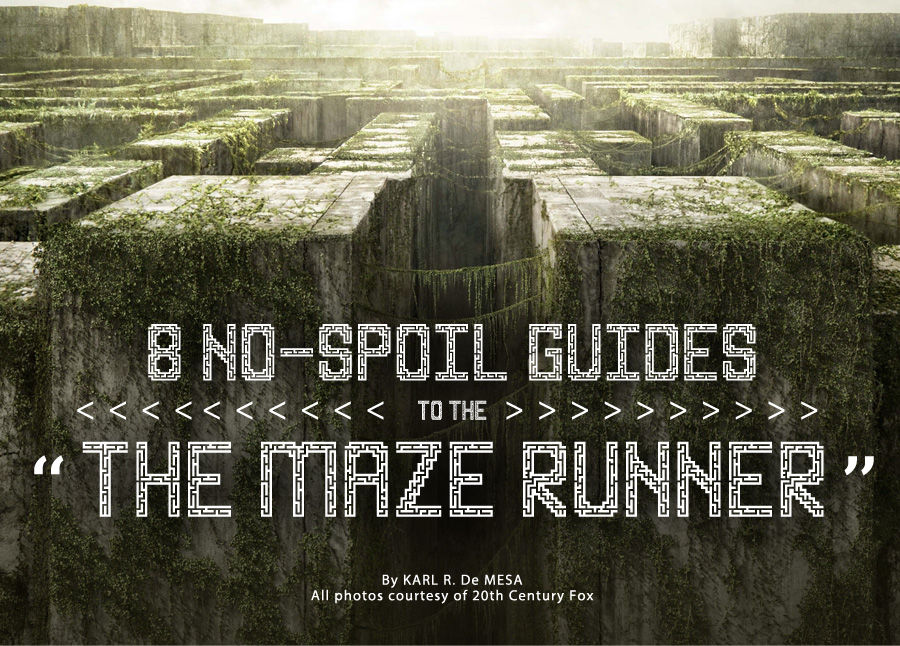 [dropcap letter="W"]ith well-paced storytelling and a classic locked room (or locked labyrinth) plot, "The Maze Runner" film franchise is off to a more than decent start.
Despite its PG-13 YA stylings and caricaturish, almost forced interactions with stock in-trade cliché characters, this movie is not only interesting as far as cliff-hanger mysteries go, it also delivers enough action and derring-do featuring athletic young men and one very sultry-looking girl to keep audiences in their seats even through the long, weary, and awkwardly–handled establishing sequences of the Glade how the schedule of the shifting Maze affects their lives.
Apparently, whoever put the boys in the maze also has a penchant for chinos and cheap jeans.
The movie starts with Thomas (Dylan O'Brien) wakes up to find himself with a bad case of amnesia and a huge headache among a bunch of, more or less, similarly aged young men – except Chuck (Blake Cooper), a boy who’s around 12 years old.
His new community call themselves Gladers (well, they ARE in a glade), and the leader Alby (Aml Ameen) explains to him the lay of the land and the labyrinth, about how the doors to the maze periodically open, allowing the boys to explore and map it, and about how a fresh batch of supplies come up every time another boy is thrust into the maze around once a month. Thing is, they also close without warning and nobody who’s spent the night outside has ever survived, thanks mostly to scary monsters called Grievers, whose sting infects those bitten with poison that transforms them into rampaging murderers .
The politics of the Glade and the community itself begins to change when the latest arrival turns out to be a girl, Teresa (Kaya Scodelario). Couple that with how Thomas and Minho (Ki Hong Lee) survived a night by killing a Griever and successfully bringing back a wounded Alby, and the rest of the Gladers are understandably upset at how Thomas “The Greenie” has clusterfucked the rest of them by, seemingly, his mere presence.

Other things to muse about are:

I expect the next two movies in this franchise, The Scorch Trials and the Death Cure, to be better produced and better directed, Mr. first-time-Hollywood-movie-director Wes Ball. 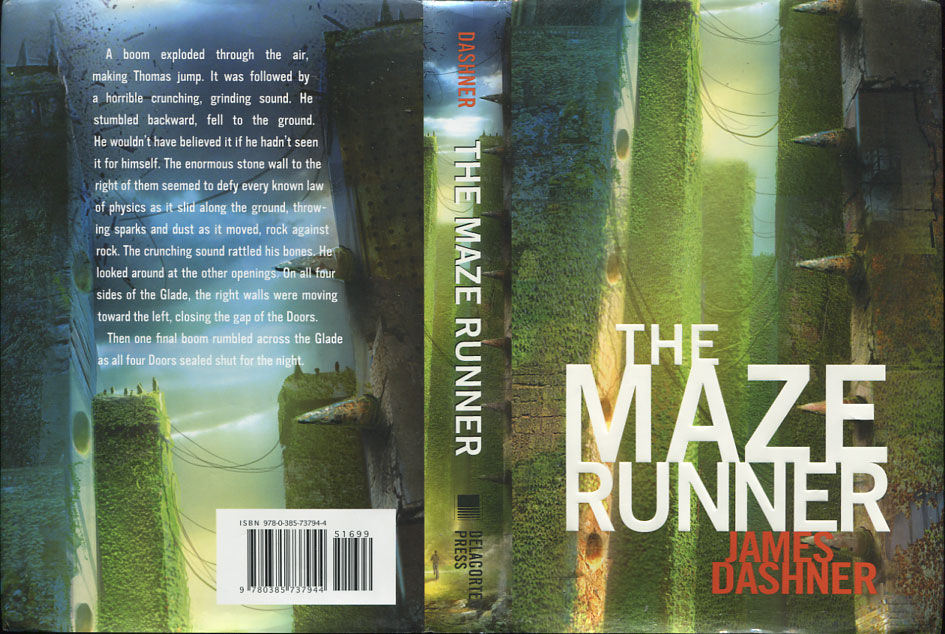 Via apocalypsebooks.com
The trilogy of YA novels by author James Dashner has garnered pretty decent success with its sci-fi premise and plot that becomes bigger and more immersive as each novel progresses to a bigger twist in a post-apocalyptic world scorched by solar flares and ravaged by survival woes.
After the first novel, “The Scorch Trials” reveals that the escape from the Maze doesn’t mean automatic freedom for Thomas and the Gladers.  The Maze survivors now have two weeks to cross through the Scorch—the most burned-out section of the world. And the mysterious organization known as WICKED has made sure to stack the odds against them. “The Death Cure” features the culimantion of Thomas and gang’s battle against WICKED and how the end game may just annihilate everything that is still left in the world, as well as the chance to save it from itself.

Aside from the Glade leader and first entrant into the Maze, Alby , other Gladers of interest include the wise and influential Newt (Game of Thrones’ Thomas Brodie-Sangster), the naïve, good-hearted Chuck (Blake Cooper), and the jockish, well-meaning yet short-sighted Gally (Will Poulter). This community of a few hundred young men form the test subjects that makes up the core of the Maze mission structure, and as often happens with a group of more than 10 people, politics and power grabs often ensue. Since they’re teen boys still swimming in the flux of raging hormones, fights often ensue. Duh.

As if the dangers of a shifting maze weren’t enough, there’s only one other thing to be worried about in the labyrinth: the robotic and arachnid hybrid monsters the Gladers call Grievers. They’re also hella fast and hella aggressive.

When Thomas gradually gets his senses back and is briefed about the rules of the community, he finds out that Minho (Ki Hong Lee) and Ben (Chris Sheffield) are the fastest and bravest among the community of Gladers. The Runners are tasked to explore and map the maze, evading its dangers, and generally getting feted and treated as rock stars by the rest of their fellows.

The sultry, statuesque, and model-taut Kaya Scodelario (she of "Skins" and "Clash of the Titans" fame) infuses girly moodiness and a genuine feminine intuition among the rowdy community of Gladers as the “last ever” Glader, something which the other boys resent her for, and rightfully so. I’ll leave the results of a scenario of one girl with a better than decent rack among a few dozen or so teen boys here for you to figure out and fantasize over. I’ll just say this: Smurfette.

Via pinimg.com
The mysterious organization that seems to be involved in putting the Gladers is called WICKED or WCKD, or World In Catastrophe: Killzone Experiment Department. Who are the people behind WCKD and what do they want? Why did they create the Maze and to what malevolent purpose have they put Thomas and the young men, between the ages of 12 and 17, there? Especially mysterious is the mention of The Flare and its cure. What’s clear is that Thomas and the other Runners must investigate and discover the secrets of this organization of they are to exit the Maze. And who is Chancellor Ava Paige?

Dylan O'Brien carries this film squarely on his emotive eyes and strapping shoulders, and boy does he do a good job of bouncing actorly action off the other males. Did I mention he has genuine chemistry with Kaya Scodelario (aka the girl playing Teresa)? Not that anything romantic or suggestive happens here since, you know, it’s YA.

The Maze is really another character, expelling Grievers from its veins and generally having a good, mischievous time with the Gladers turned Runners, with its elegant, hardcore design. Thomas and Co make a poor Theseus next to this monstrosity of a labyrinth and it shows in the shifting terrain schedules and the way the Maze generally behaves.
The Maze Runner will screen in Metro Manila theaters and on IMAX experience where available on September 17.