8 Things About Philippines History You May Not Know 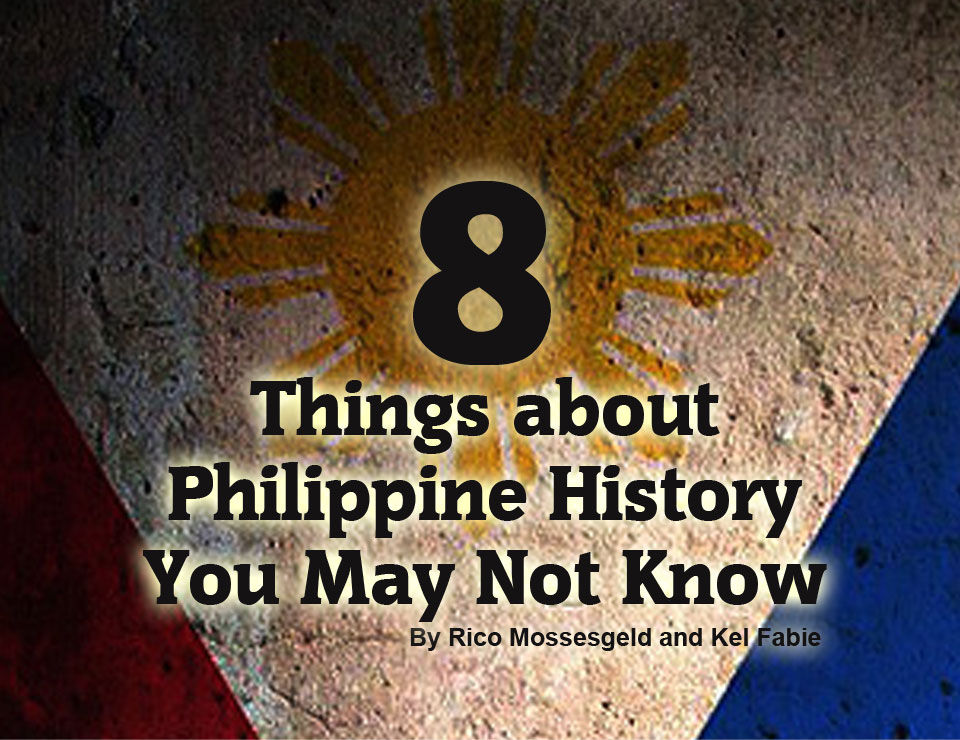 Not that many people know what happened 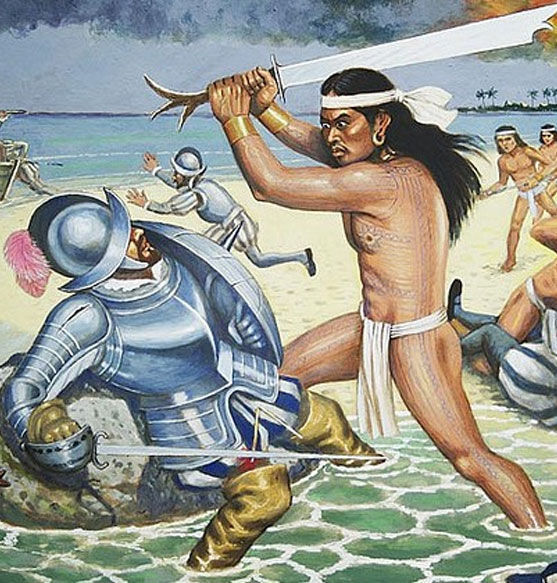 Everyone knows about the Mactan ruler defeating the Spanish explorer despite the superior technology of the Europeans. Lost in history is the contribution of visiting Chinese, as recorded by Antonio Pigafetta, who chronicled the Magellan expedition’s circumnavigation of the world:

“When we reached land, [the natives] had formed in three divisions to the number of more than one thousand five hundred persons. When they saw us, they charged down upon us with exceeding loud cries... The musketeers and crossbow-men shot from a distance for about a half-hour, but uselessly. We were told that the natives learned from visiting merchants that our muskets were of no use over a cross-bow flight…”

The “visiting merchants” were of course Chinese, who had regularly frequented Mactan Island for trade long before Magellan and his crew ever saw the Philippines. It’s quite possible, coming from a society that had developed firearms over three hundred years earlier, the Chinese knew about the lack of accuracy and effectiveness of gunpowder-based weapons over long range. 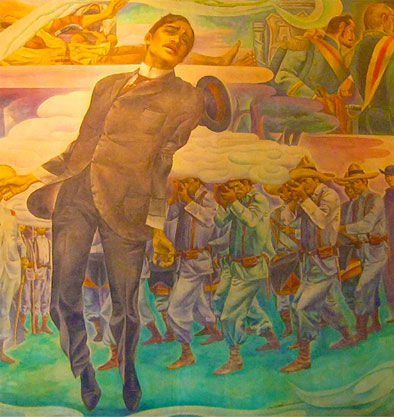 In other words, Rizal also quoted the famous orator Cicero: “It is finished. O the times, o the morals! How long shall you abuse our patience, citizens!” Coates later commented that the complete final words of Jose Rizal signalled his despair over how his fellow Filipinos lacked passion for the revolutionary cause.

6. The Person on the Old 20 Peso Bill Isn’t Manuel Quezon

Take a look at historical photos of the second Philippine President, and you’ll see that he doesn’t exactly look like the person on the old 1993 20 Philippine Peso bill. Very odd, when you consider that the portrait on older (and the newest) 20 Peso bills look more similar to the famous historical figure.

Why? If you look closer at the eyes and eyebrows, you’ll see that they’re exact copies of each other, except flipped. Any portrait artist will tell you that no one has exactly the same eye shape for both sides. Turns out while the master printing plate was being built, the artist was too busy and decided to duplicate the left eye for the right, hoping that no one at Bangko Sentral would notice. No one did, and that’s why Manuel Quezon on the 1993 20 Peso bill has a slightly weird appearance. 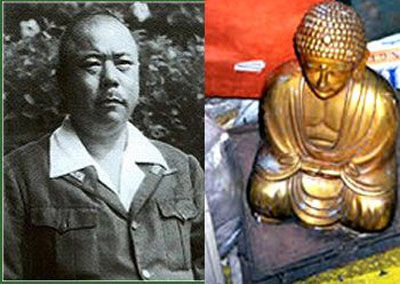 5. There really is No Yamashita Treasure

For over 50 years, treasure hunters from all over the world have scoured the Philippines to look for the fabled war loot hidden by Japanese General Tomoyuki Yamashita. It’s said that the treasure was or is hidden in a series of underground tunnels somewhere in the country, that the American military officials found and used it to finance Cold War operations in the Asia Pacific, or whatever fanciful story cooked up by conspiracy theorists.

The reality is less exciting, as suggested by American military historian Alfred E. Nueman: “For if so much hidden gold was available to it, the United States would not have been so desperate to close the gold pool as its reserves were depleted. Nor would the U.S. government through the years since World War II been so insistent on preventing a free gold market from developing. Indeed, if gold was actually as common as the Yamashita stories maintain, the Federal Reserve, Treasury Department, and Bank of England already would have arranged for [prizes made of gold] to be inserted as prizes in Cracker Jack and children's cereal boxes.” 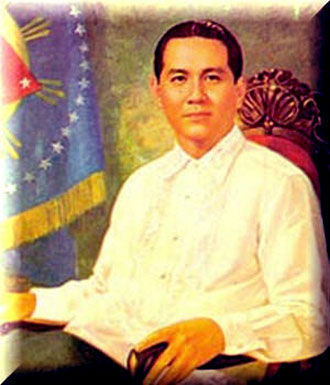 Diosdado Macapagal was known for bringing land reform to the Philippines, and for pursuing anti-graft and-corruption reforms that were rendered useless by a non-cooperative congress. His daughter Gloria however doesn’t enjoy the same kind of reputation.

Interestingly, the senior Macapagal did predict that Gloria would also become president many decades later. In his autobiography, which was also a criticism of Marcos’ conversion of “our traditional democracy to a dictatorship in 1972,” Diosdado writes about his daughter’s drive:

“Because of my love for my children, I have always wanted them to be proud of me, which made me strive harder in my career. Gloria in particular I hope to be a great role model for; from a young age she has shown an understanding of the intricacies of power, a knowledge of how to bring about a change for the better through an exceptional and innate gift of influence.” 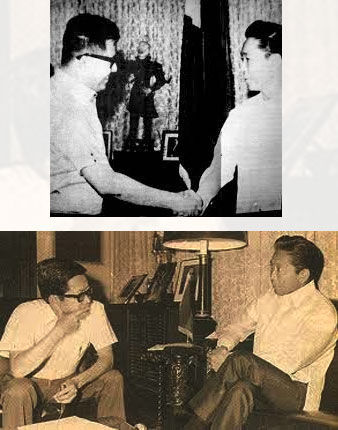 Everyone knows that Ninoy Aquino and Ferdinand Marcos were rivals, a competition that culminated in the assassination of the former and the deposition of the latter. Yet research by the managing editor of Filipinas magazine Gemma Nemenzo asserts that the two politicians were actually close friends.

Ninoy in fact benefited from Marcos’ protection, and was only killed when he came home because Marcos’ ill-health and consequential inability to control his people weakened this benefit.

“Ninoy and FM (Ferdinand Marcos) were more than friends. When Ninoy was in detention, he and FM would speak with scrambler telephones. During FM's state visit to the U.S. in 1982, the two of them talked for an hour about good times. FM was actually considering Ninoy as his successor. He admired Ninoy for his being a courageous fighter and his vigor. They were on the same wavelength.” 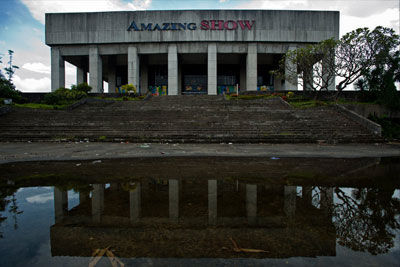 2. The Real Reason the Manila Film Center Was Abandoned

It’s commonly accepted that the reason the Manila Film Center was abandoned was due to the 1990 earthquake, which supposedly left the building unstable.

What people are forgetting was that even before former president Ferdinand Marcos was ousted from power, the building already fell into disuse as of 1982, yet nobody actually knew the reason why.

It turns out that one of the major propaganda material meant to glorify the Marcos regime hinged on a biopic entitled “Marcos and the Golden Republic,” and this was a film that Imelda and Ferdinand were willing to pull out all the stops for, in hopes of launching it in the film center to international audiences in January, 1983. The script was penned by the late Lino Brocka, and set to star in the role of Ferdinand Marcos was the matinee idol, Eddie Gutierrez.

Unfortunately, at the last minute, Gutierrez, in a change of heart, bailed out on the project, and left the Marcos biopic without a star to carry it and give it the gravitas it needed. With the project abandoned, there was little reason to keep the Film Center in use any longer. 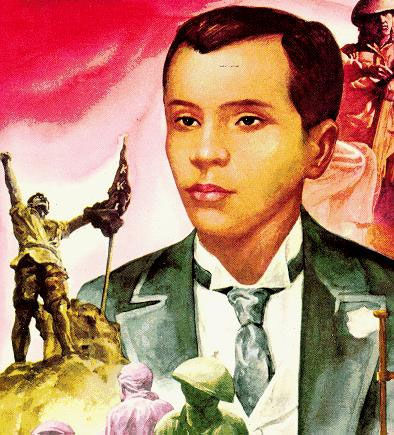 1. Andres Bonifacio Fell Asleep Prior to the Cry of Pugad Lawin

If you ever wondered why the revolutionary Bonifacio is not our national hero, then wonder no more.

The so-called Cry of Balintawak was renamed in 1968 to the Cry of Pugad Lawin solely because Andres Bonifacio screwed up, big time. According to multiple members in the Katipunan during the early 1900s, that fateful night in August 26, 1896 in Balintawak was usurped three days earlier in Pugad Lawin because Andres Bonifacio mistook the dry run in the latter as the actual event, depleting the numbers once the former finally happened.

This was because a weary Bonifacio, exhausted from planning and mapping out the revolution, ended up falling asleep during the dry run of the revolution in Pugad Lawin, and woke up thinking it was already the real thing. Because Bonifacio’s actions were so convincing, in no small part due to his indefatigable charisma, majority of those who were there in Pugad Lawin during the dry run did not actually show up in Balintawak, for when they were all fully armed to fend off the Spanish guards.

This resulted in disaster, as the Katipuneros were soundly trounced in Balintawak because of Bonifacio’s mistake. From this point on, the revolution was demoralized, and it took a two-pronged attack from Filipinos and the Americans before Spain decided to relinquish its three-century long rule on the Philippines.