8 Kinds of Person We hate Seeing at Starbucks

People flock to Starbucks because of the serene ambiance that's best enjoyed with the trusty combo of your favorite drink and pastry (like the lusciousss cinnamon roll) that goes perfectly well with heart-to-heart chikahan.
The place also functions as a temporary office desk for some, and for others, a go-to place for leisurely reading. But sadly, the Starbucks experience can sometimes be disastrous because of these following types of people: 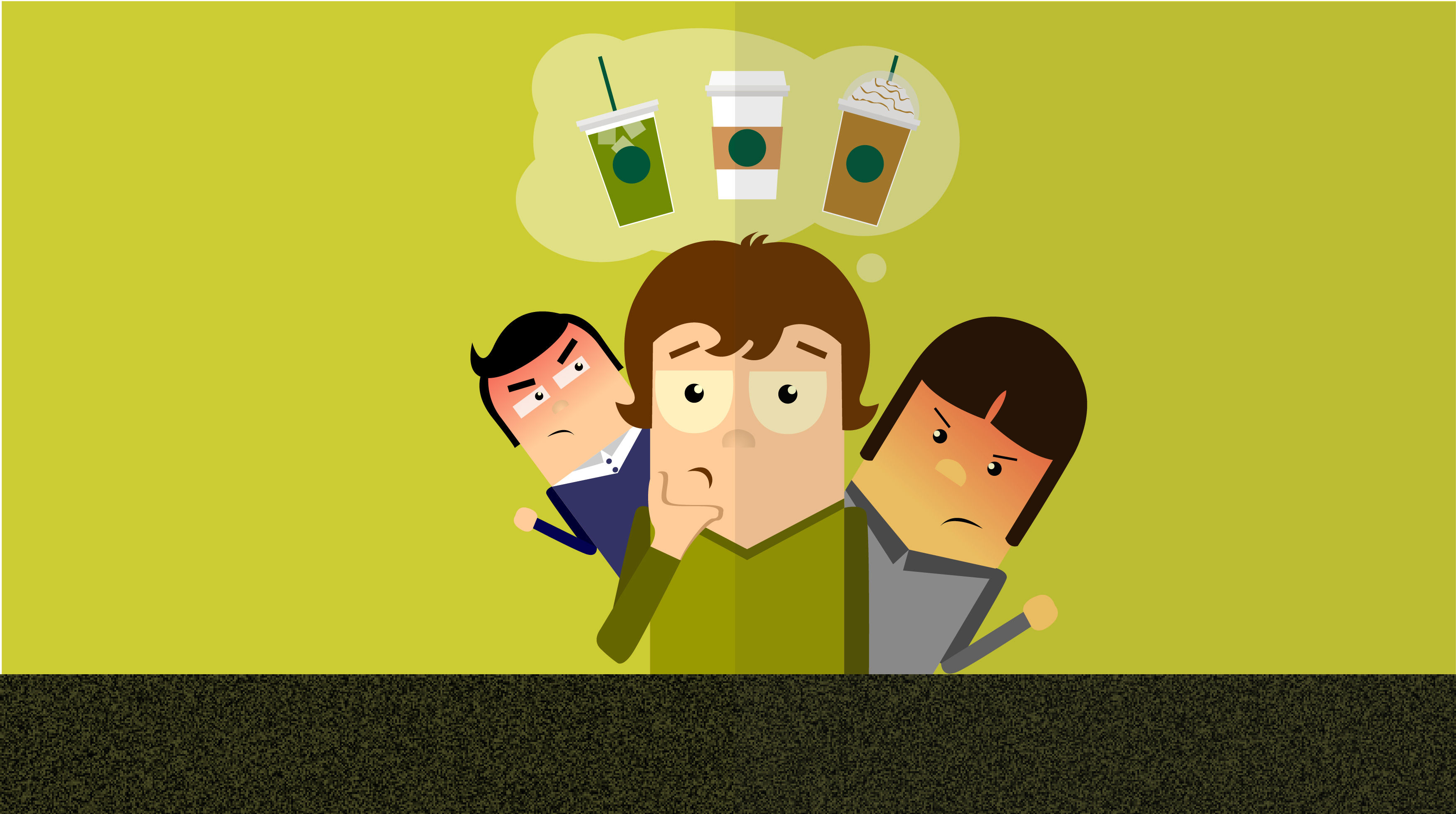 The person you don’t want to be in front of you at the order queue is the indecisive one, especially if it’s a branch with high customer traffic. This person lines up and just stands there, scanning the beverage menu while the barista, as they are trained to do, patiently waits for him to finally make up his mind. The worst part is that this person is totally oblivious to the hassle he's causing to the customers waiting behind him.
P.S. If you're feeling unsure, you can always ask the barista to make you a customized drink. It’s fun and interesting to see the barista get creative just for you. 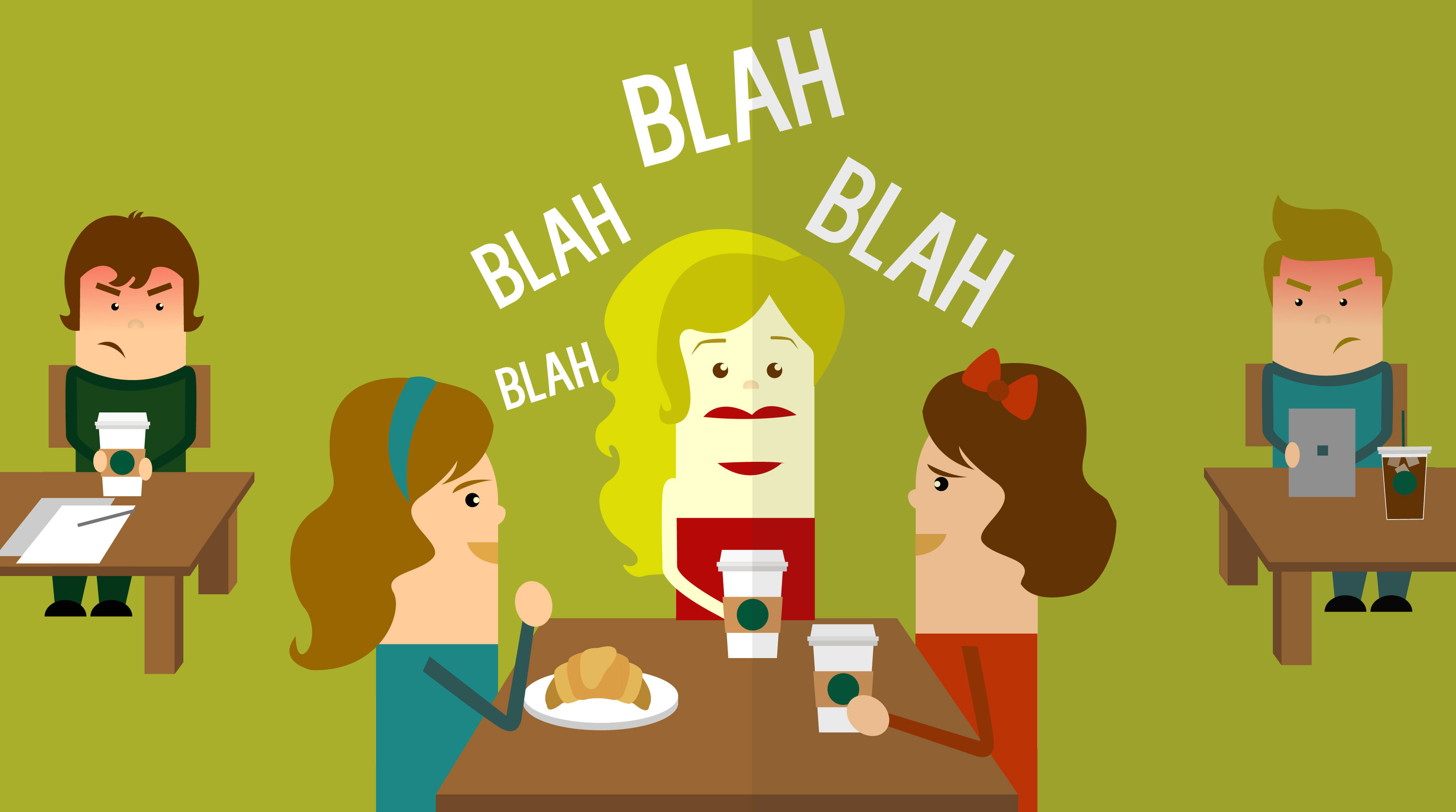 Chances are, you’ve encountered the Diva. This is the person who talks so loud it becomes impossible for you to concentrate on the novel you have been dying to read. Once you’ve reached your breaking point, you will instinctively utter the words “SHUT UP” at the back of your mind, but you will opt to stay calm because you'd like to believe that, unlike this person, you were raised properly and with enough love and attention. Nonetheless, your Starbucks experience will always be terrorized with the presence of the Diva.
You probably know someone like this person. Next time you're with this person, nicely ask them to turn it down a little. You can tell your Diva, politely, that while he or she may not care if the entire franchise hears about how he or she got his or her heart broken, you do want to protect them. They ought to keep sensitive topics (especially if they cause secondhand embarrassment) a little more private. 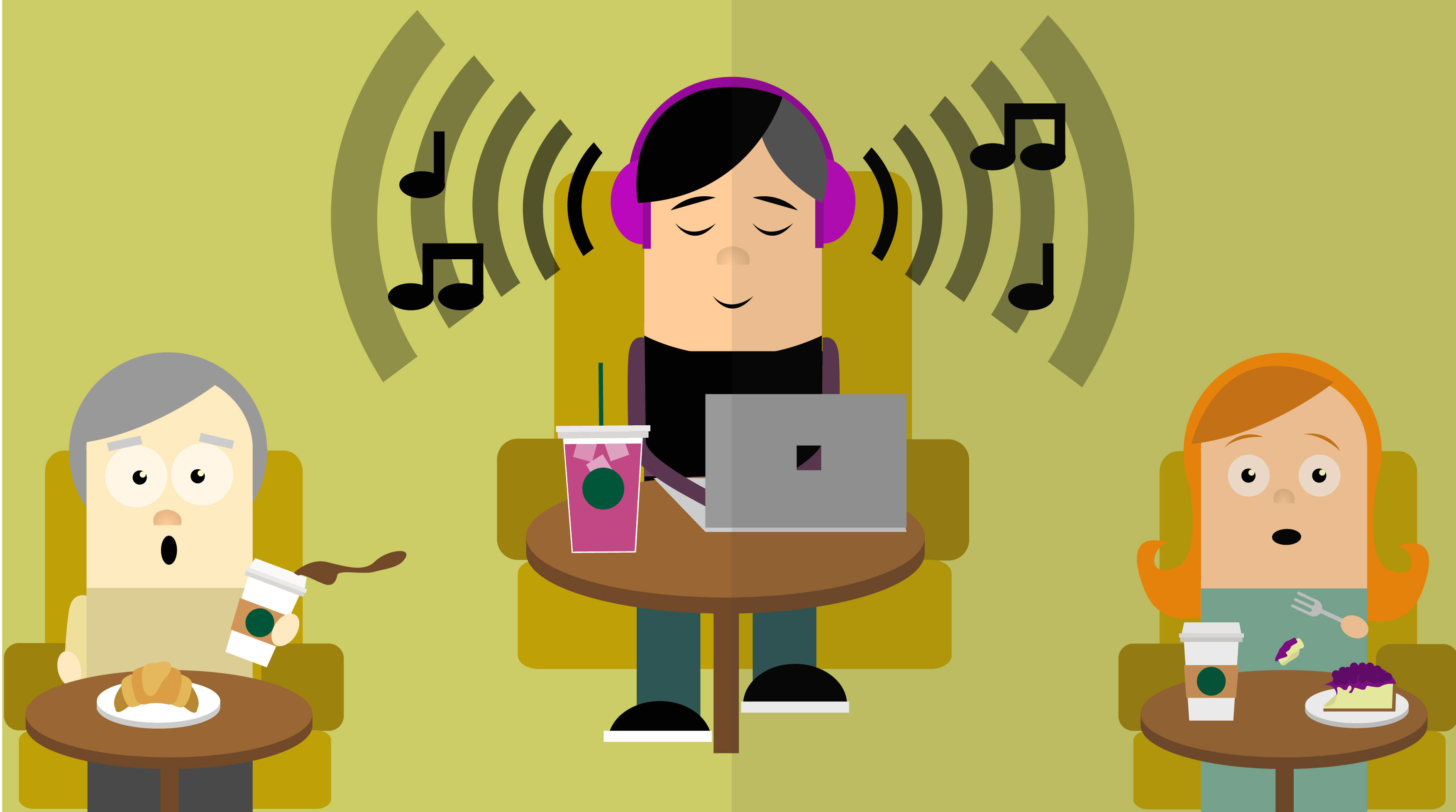 The Deaf One has a garden-variety Starbucks regular appearance--he has a laptop or an iPad and a venti of his favorite drink. He settles down for a few minutes but things suddenly get wild when he starts playing his favorite music or video. What’s the problem? First off, this person probably has earphones in his bag but it just so happens that he decides to unleash his speakers impudently.
Maybe he just wants people to enjoy his playlist as much as he does, or maybe he thinks he's so cool that he feels like he owes the world his taste in music or film, or maybe he just doesn't own earphones, really. You just assume that he does because they sell iPads (and virtually every other Apple product) with earphones.
It's the kind of behavior that's frowned upon everywhere--the house, the office, you name it. So whatever the reason is, it’s just not proper to use your speakers in a café.
Next time this happens to you, you can try to offer to lend them your earphones. Maybe then they'll get a clue. Or maybe not. But what will matter then is that you tried. 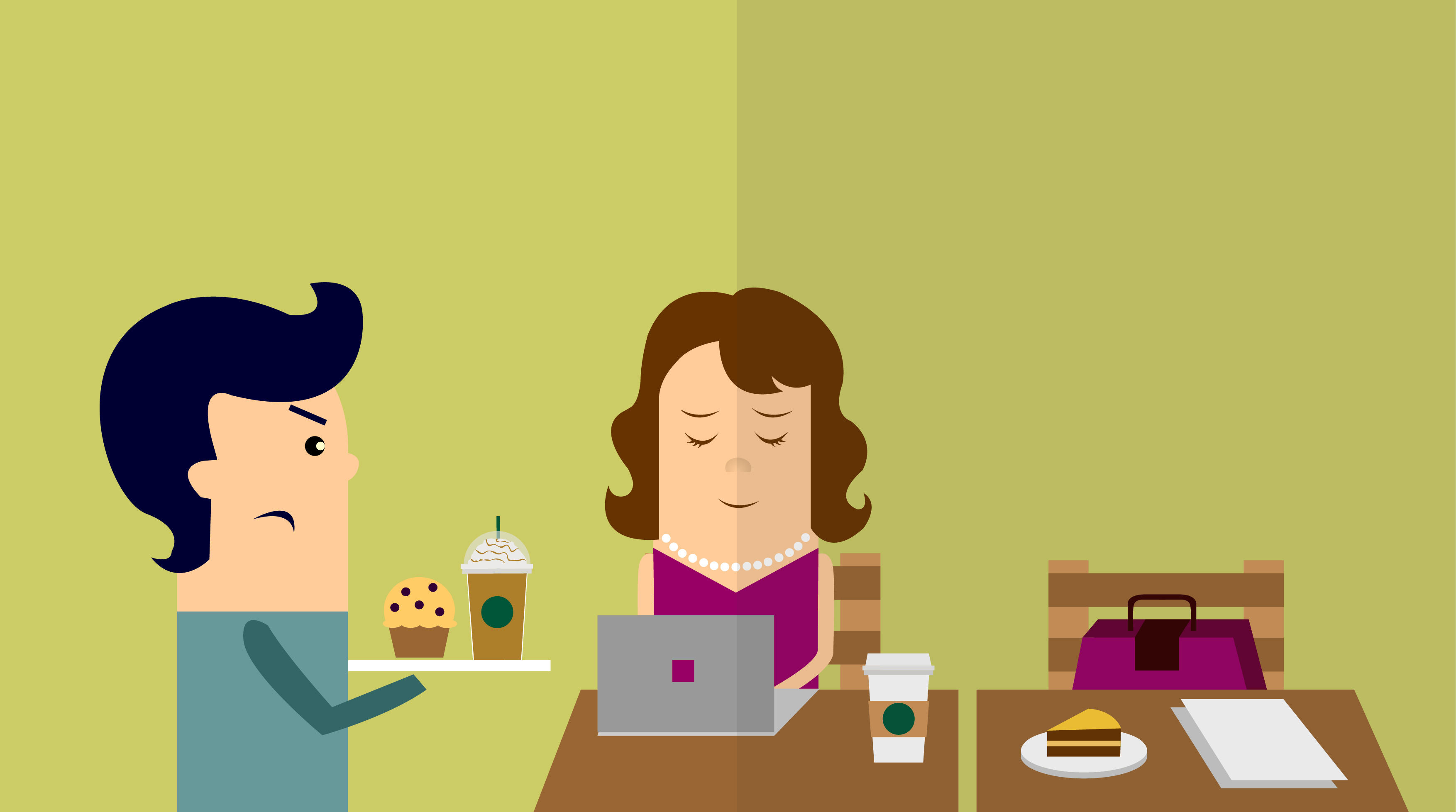 The first thing people do after entering Starbucks is to look for an available table. Sometimes there won’t be free space at all especially during peak hours. There will always be times that you'll be able to spot that one table that can still accommodate a person or two. Problem is, the whole table is being single-handedly occupied by one person!
Well, ladies and gents, that person is commonly known as the Usurper. We've all suffered a lot of times because of this person. The worst type of Usurper is the one who takes the table in the couch area. That spot can actually seat four people but the Usurper will claim that table for himself by placing his things on the chairs, on the table, everywhere.
Maybe he didn't have his own room growing up. Maybe he just has a lot of valuable stuff he wants to keep seated on chairs. Maybe they're his only real friends.
P.S. If you have the guts, ask the Usurper if it's possible for him to share the usurped space he or she won't need. It'll help if you act a bit faint, like you really need to sit down. 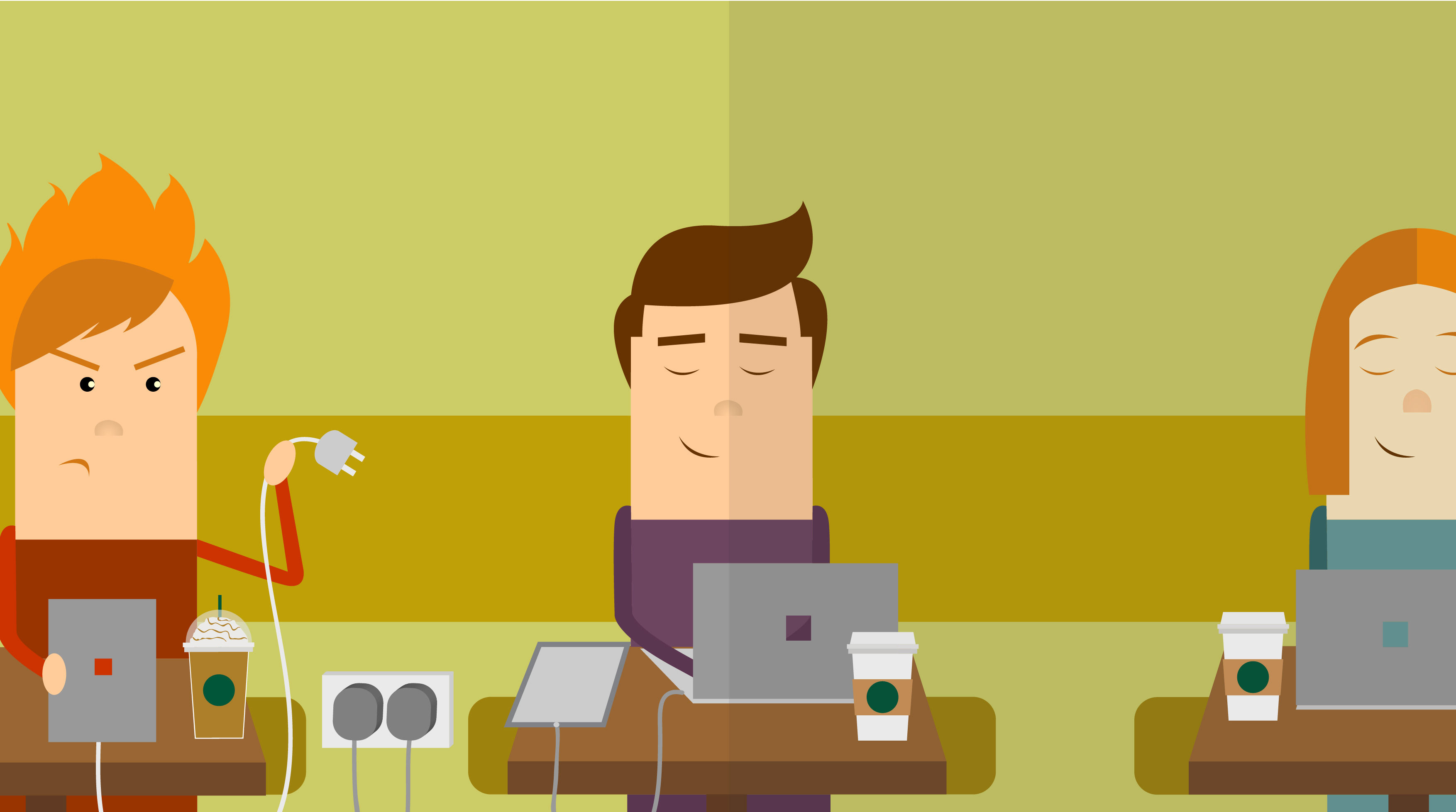 You’re almost finished with the work you’ve been rushing but your laptop suddenly raises the red flag. You immediately open your bag and grab the charger but as you're just about to plug it in, alas! both sockets are taken ... by one person.
That one person is known as the Two-Timer. This person is selfish enough to use both sockets for himself. Most of the time, he uses one for his laptop and the other one for his smartphone. What makes things worse is that the Two-Timer seems ignorant about the fact that he’s not the only person who is in need of the socket and that most people can charge their phones via USB--hence all he needs to plug in is his laptop.
Don’t be shy to ask the Two-Timer if you can use the other socket especially if your laptop is about to die. You wouldn't want to miss your deadline just because this person feels entitled to the outlets. You can even offer to lend your USB cable just to keep the Two-Timer from being stubborn. 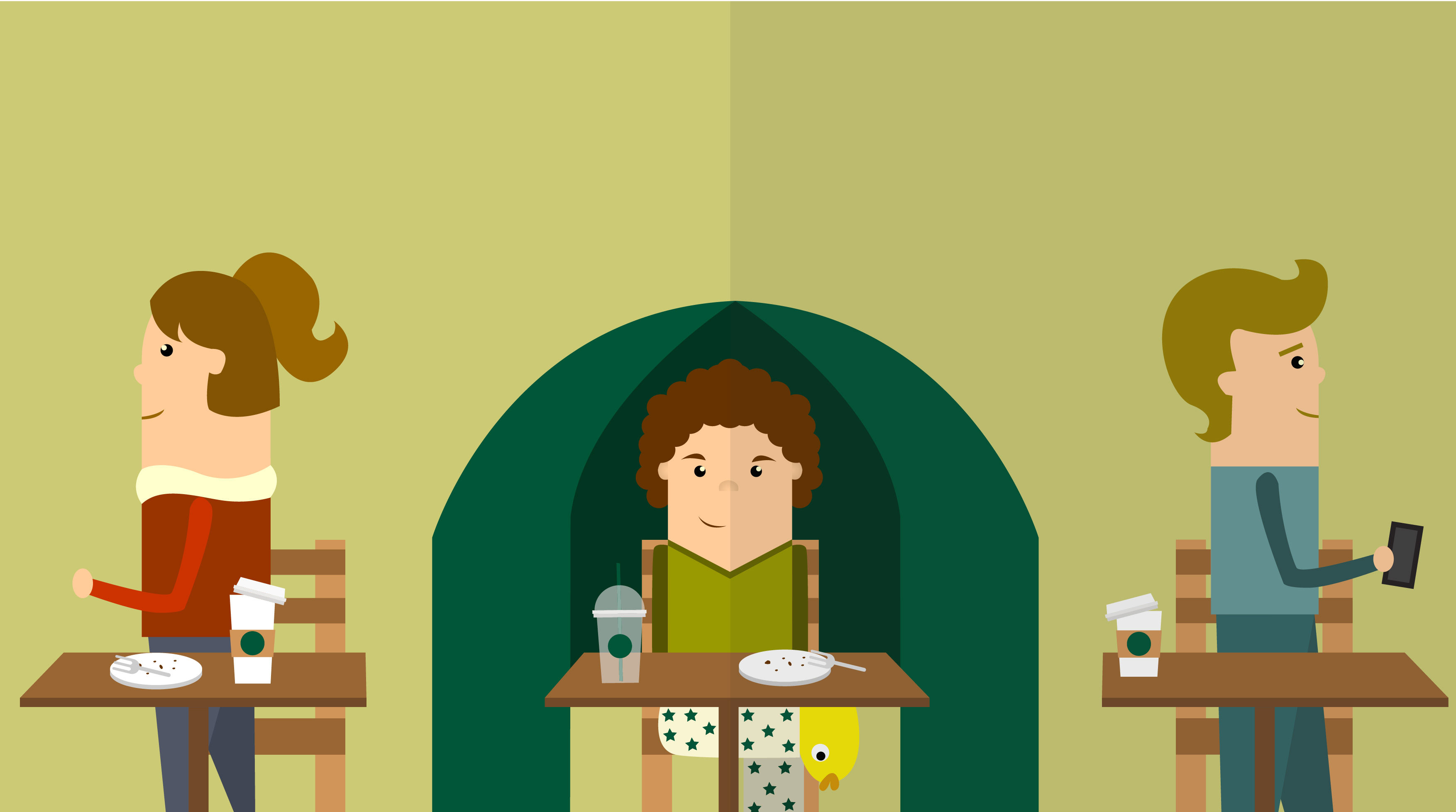 There’s really no rule on how long should one stay at Starbucks, but if there was, then a two- to four-hour visit is fair enough. But there will be always that one person who will stay for as long as we toil in our offices, this person is also known as the Camper.
The Camper will purchase a drink and proceed with his or her work as one would in an office. There’s no problem in staying more than six hours but the thing is, this person would camp in Starbucks for an entire workday without ordering anything more than the first drink which we can now call the Excuse. What a shame.
Sadly, this person may have been the reason why some cafés have decided to seal their socket outlets to make sure people won’t freeload for pop-up offices. 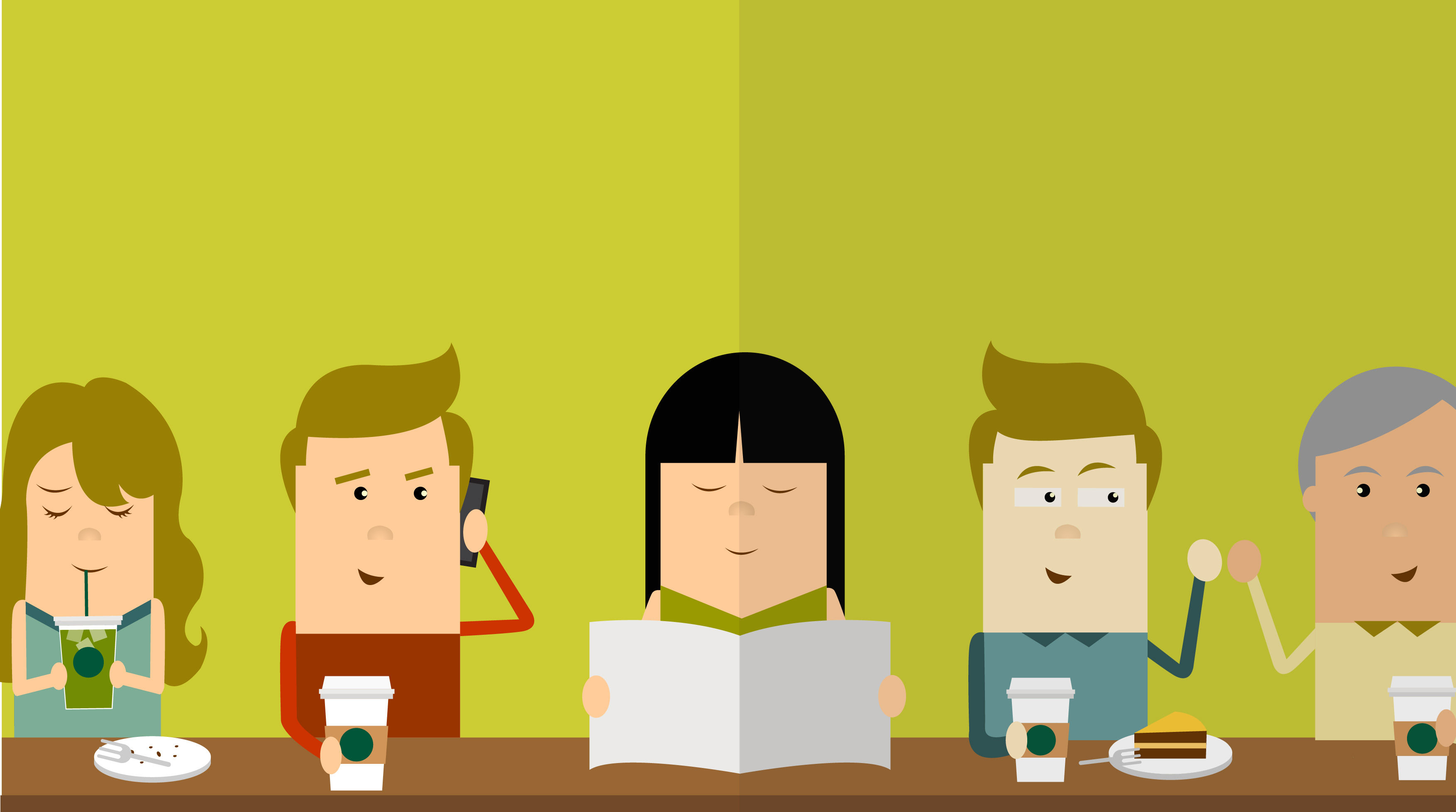 Speaking of freeloading, this person is similar to the Camper but is worse in all aspects. This person will casually enter Starbucks and look for an available seat like we all do. What’s the catch? The Freeloader doesn’t buy anything or as we say in Tagalog, "Ang kapal ng mukha!"
The freeloader is usually located at a Starbucks branch that has two floors because it’s easier to casually sneak in and stay for free. Not even the guard nor the baristas would notice that the Freeloader has already infiltrated the café.
You can’t do anything about the Freeloader, really. You can just wish that while drinking his or her third cup of water in Starbucks, he stumbles upon this list, and maybe, just maybe, he or she will have a change of heart. 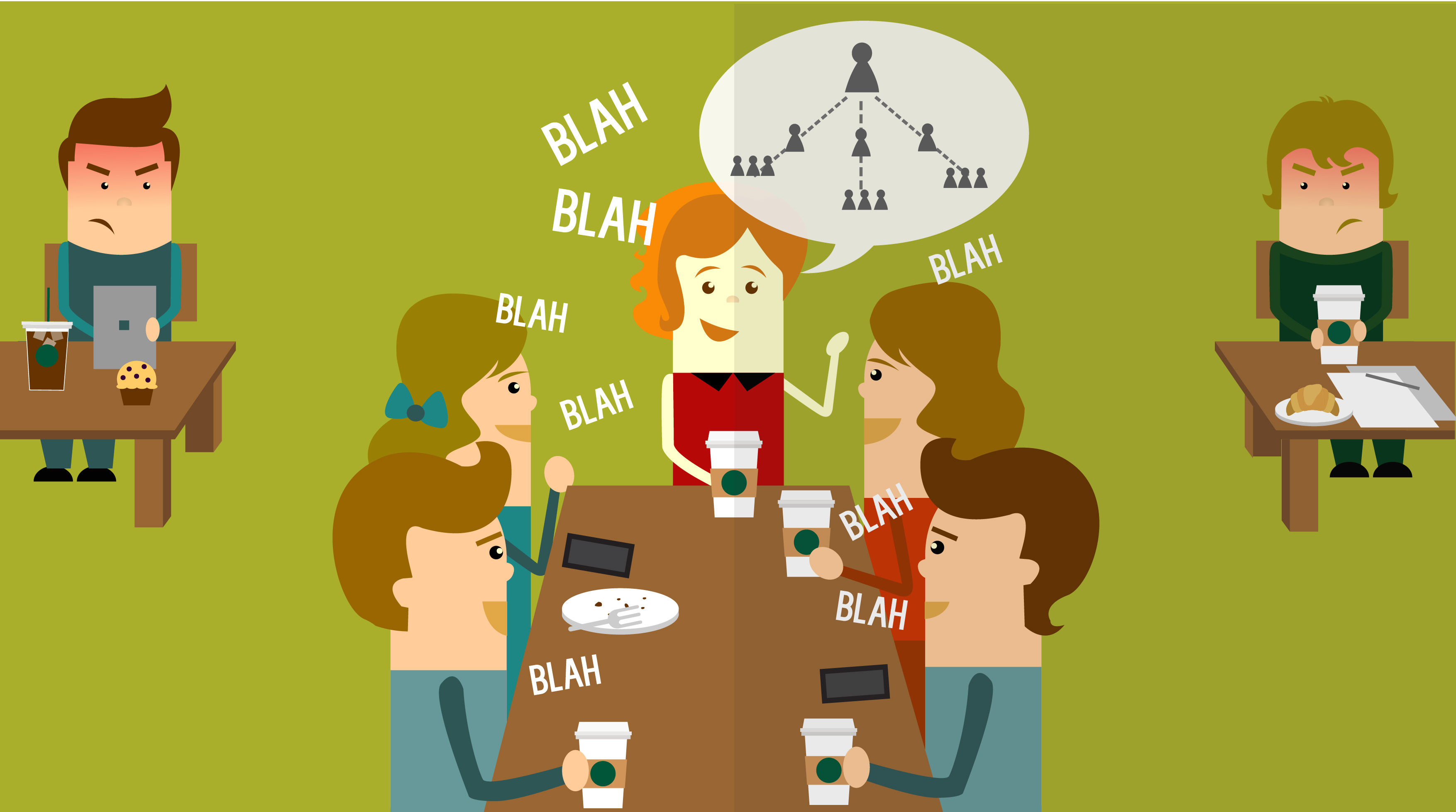 The Networkers are a group of individuals (usually four to five), who embody the qualities of the Diva, the Hoarder, and The Two-Timer. There’s no holding back when it comes to the Networkers. They are louder than the Diva--they're so loud you can hear them sip their coffee; they occupy more tables than the Usurper; and they are more insensitive than the Two-Timer. They can also embody the other personalities in the list but that would be too much.
There's nothing you can do about them either. You just have to stand there, practice monk-like restraint, and try your best to mind your own business.
Who do you hate most? Are there other types we missed? (Because you know, we can only list 8.) Please share your thoughts or experiences in the Comments section.