[dropcap letter="Y"]ou may not have noticed this yet, but I am a Freethinker. As a skeptic of all things paranormal, I’m not exactly a big believer in supernatural possessions and the like, and would mostly be inclined to chalk up most occurrences of possessions as instances of mass hysteria. So please understand that what I am writing right now, I personally take with a massive chunk of salt.

That being said, believe me when I say that being a skeptic about these things doesn’t make writing this list any less fun. Whether or not I believe in possessions (and I sure don’t, even as a professional mentalist), the claims surrounding this paranormal occurrence are legion. What amused me, though, is the sheer breadth of beings that have been attributed to performing these possessions, such as…

The most common scapegoat for possessions, demons truly get a bad rap. Whether it’s a demon, or the demon, they tend to be popularly blamed for when someone is acting all crazy for no apparent reason. Even Mother Teresa herself, generally acknowledged by Catholics as a paragon of goodness and kindness, believed at some point that she was possessed by a demon.

Anytime a movie is explicitly about possessions, you can almost be sure that it’s going to be a demon possession and not any other type. Except maybe Ghost Rider. I think that was 100% Nicolas Cage-brand insanity all the way. 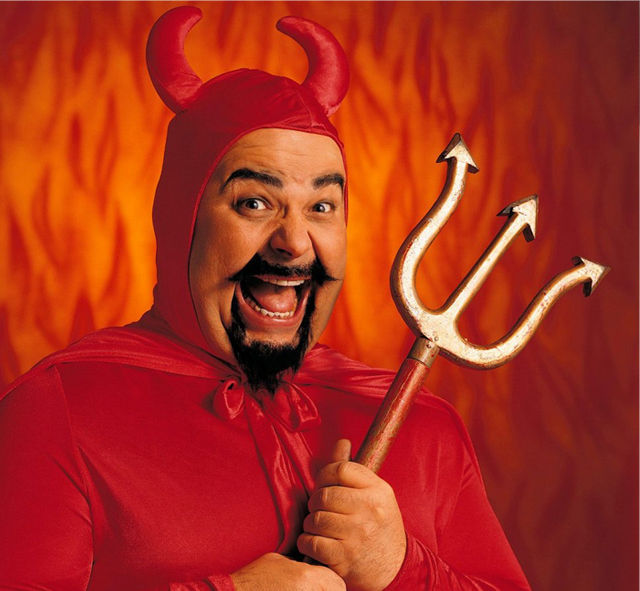 
How It Happens: Countless ways. Ouija Boards. Spirit of the Glass. Listening to rock music. Playing Dungeons and Dragons. Thinking bad thoughts (whatever that means) is considered either a symptom or a gateway to possessions, too. And yes, believe it or not, addiction to drugs or alcohol or other vices can supposedly open you up to demonic possession, too.

Remember When: A bunch of students faked a demonic possession to get classes cancelled? Good times, good times.

Spirits with unfinished business can supposedly possess people and speak through them. This is what has managed to sustain the medium industry for centuries, with charlatans fleecing anyone willing to pay for money just to “talk” to their dead loved ones as the medium mumbles a bunch of vague platitudes that don’t really mean anything.

The urban legend of Bloody Mary, where calling upon her in the middle of the night while facing a mirror, is one of the most popular forms of ghost possession, although in this case, Bloody Mary possesses a mirror. The Filipino version replaces Bloody Mary with your future husband or wife. Be very, very sad if only your hand shows up in the mirror. 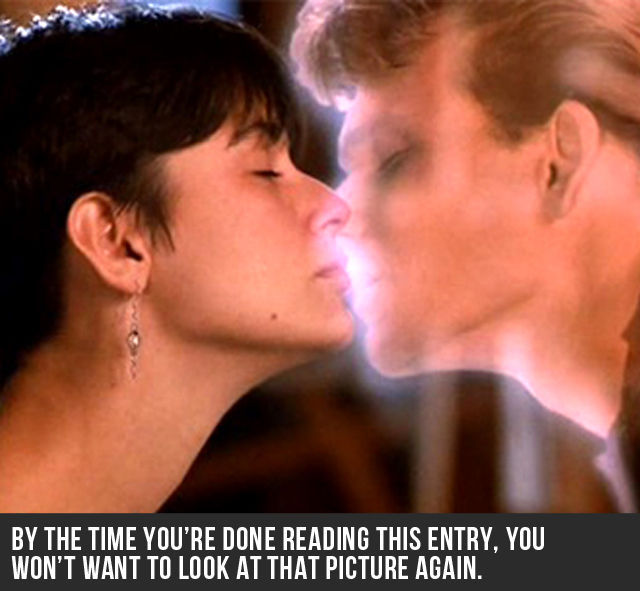 How It Happens: Mainly through séances, assuming a real ghost possessed the medium and not, well, a demon. Ghosts seem to possess people in order to deliver a message to the living. The minute they do something else beyond that, we revert back to assuming this is a demonic possession.

Remember When: Patrick Swayze did this very thing to Whoopi Goldberg? Remember when Patrick Swayze, in Whoopi’s body, proceeded to make out with Demi Moore? Yeah, good luck forgetting that mental image now.

So it seems that aliens aren’t content with abducting and probing humans in the most uncomfortable of places (don’t ask), but now, conspiracy theories include the possibility of aliens possessing humans, too.

How It Happens: When aliens come into contact with humans, through “positive spiritual influence,” they ingrain their consciousness into humans once they are sent back to live with the rest of society. In doing so, these humans are functionally possessed by the aliens, even if there is no mention about what is happening to the physical alien as this possession is occurring. 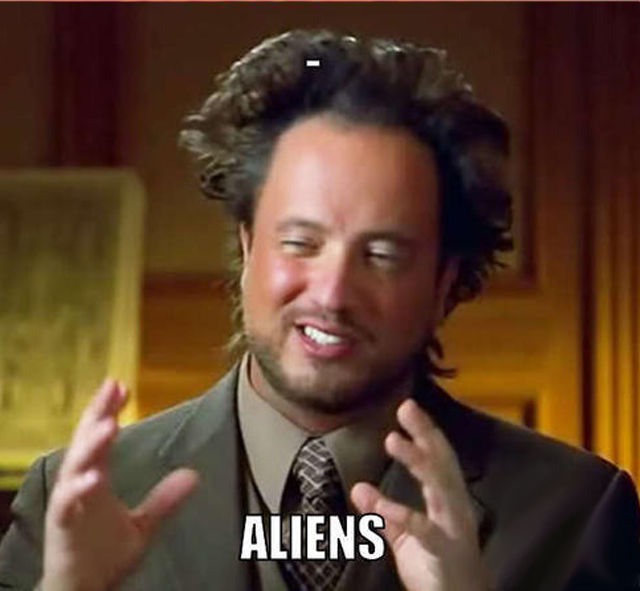 
Remember When: In Independence Day, the alien took control of Dr. Okun’s mind while they were in Area 51? That was a little more direct. Not sure if the kaiju in Pacific Rim count as aliens, but they also had instances that could be construed as possession, if you know which scenes I’m referring to.

If demons can do it, so can angels, apparently. In the Bible, you will see multiple passages that refer to people being filled with the Holy Spirit, which, when it boils down to it, counts as a possession. Some also believe in the notion of guardian angels taking over your body in times of emergency.

How It Happens: Normally, this happens when you invoke them to fill you. Prayer, for example, is often cited as a way to get the Holy Spirit to possess you, and its key manifestation is when you start speaking in tongues. Since these are presumably good spirits, they possess you for a good purpose, and not to lead you to harm. Angels, on the other hand, can possess you through the Will of God. 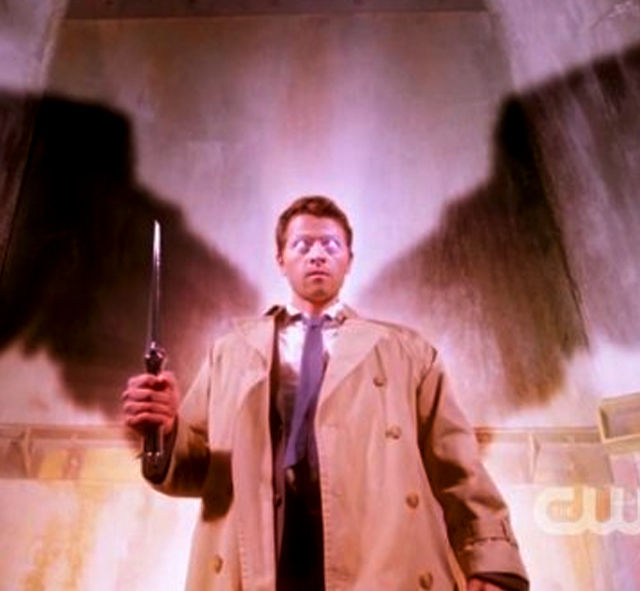 
Remember When: The Pentecost happened? That’s a biblical account of the Holy Spirit possessing the apostles. The Twilight-wannabe (Why would you even want to do that?!?) book series Hush, Hush features an instance of angelic possession, albeit it may be considered a demonic possession since the angel was a fallen angel at the time of possession.

How badass is it to be possessed by the spirit of a puma? Or an eagle? Or a cougar (Which totally explains Ivana Trump.)? Well, here’s another kind of possession that tends to be viewed positively, when it’s part of a ritual: the Voodoo possessions in Haiti.

Essentially, it is considered an honor to be possessed by the Loa, or spirits. These can take the form of animals or even gods within the Voodoo religion. These possessions are said to be life-changing, and bestow one with powers based on exactly which particular spirit possessed them. 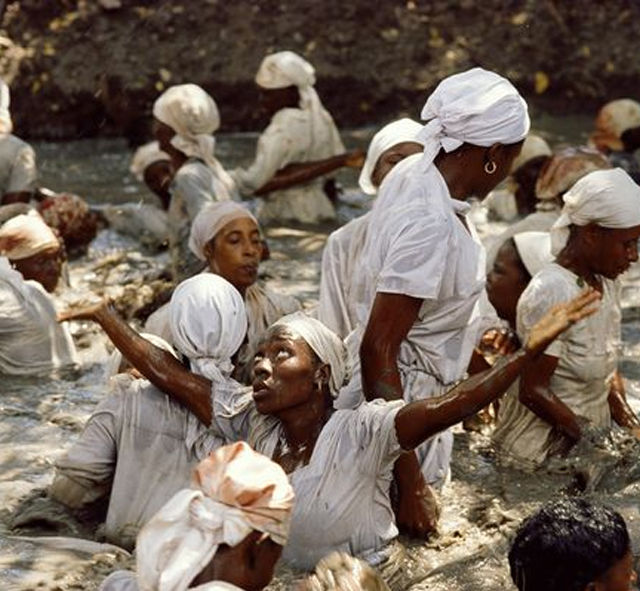 
How It Happens: First, the Voodoo practitioners gather for a ceremony, where the houngan (priest) or mambo (priestess) ritually sacrifices a chicken or any other animal to the Loa. Then, those who are gathered request for aid in whatever problems they may have. From there, the sheer variety of Voodoo possession stories would probably require a ten-part series on it alone. It’s fascinating, really.

Remember When: Voodoo was used by Papa Shango to curse the Undertaker? I guess in the wonderful world of pro wrestling, Voodoo possessions >>>>>>> Demonic possessions.

Ummm… yeah. I don’t get it either, but outside of the foul depths of fan fiction that I refuse to plumb for the sake of my sanity, there is at least one instance of someone claiming possession through My Little Pony. At first, I was going to write it off as just a joke (and it probably is), but hey, if you’re going to start accepting the remote possibility of all these other possessions, why would being possessed by fictional anthropomorphic ponies be any less plausible, right?

How It Happens: Damned if I know. My guess? Reading My Little Pony fan fiction. Don’t. Do. It.

Remember When: My Little Pony was a show aimed for little girls? Well, bronies didn’t. 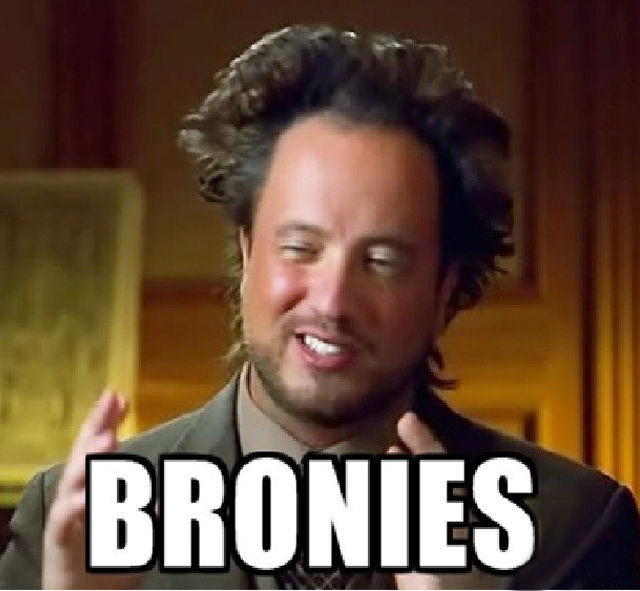 Yes, the duwende of Filipino folklore literally translates to “dwarf,” but in terms of what the duwende does, not so much. If anything, the duwende has more in common with non-Tolkien elves in terms of giving curses or blessings to those whom they believe worthy.

Much has been said about the white duwende and the black duwende (aside from the implicit racism) and how both have possessed people for different reasons.

Of course, blaming a duwende for a case of domestic violence seems a bit convenient, doesn’t it? 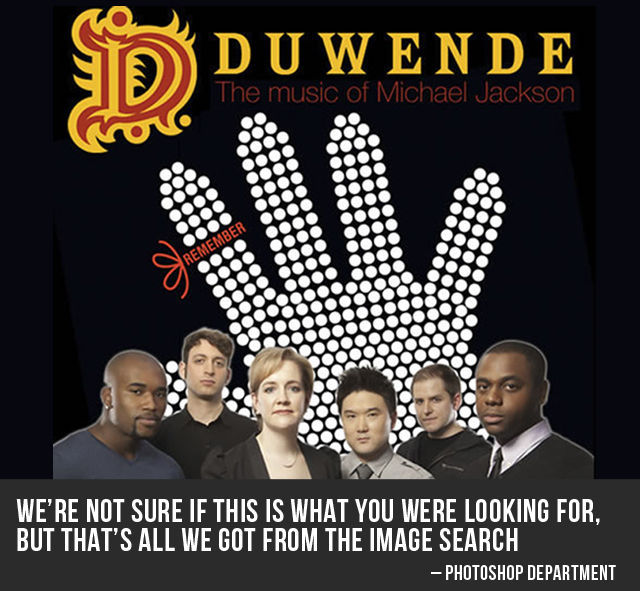 
How It Happens: If you insult a black duwende or step on their home (i.e., the punso), incurring their wrath means possessing you is merely one of the myriad ways they could punish you. If a white duwende, on the other hand, takes a liking to you, they can possess you so you can end up living with them in their kingdom. So it’s either Kill Bill or Taken without Liam Neeson to save you. Take your pick.

Remember When: you first saw that green duwende in Burger Machine? Do you know its name? Why, it’s Burger Bart! There’s actually an urban legend surrounding that very duwende, and we’ll be sure to tell you about it some other time.

First of all, I wish to attribute this entry mostly, if not entirely, to my friend, standup comedian GB Labrador.

That being said, whenever possessions happen, we tend to want to hold the victims down, or restrain them in some way. Doing this could never be more baffling than when someone is possessed by the Sto. Nino. Why?!?

For those not in the know, the Sto. Nino is the baby Jesus. What’s the worst a two-year old could possibly do? GB and I are in agreement when he says that he’d be more scared if someone were actually possessed by Santa Claus. That, you have to hold down, before he gives away all your stuff. 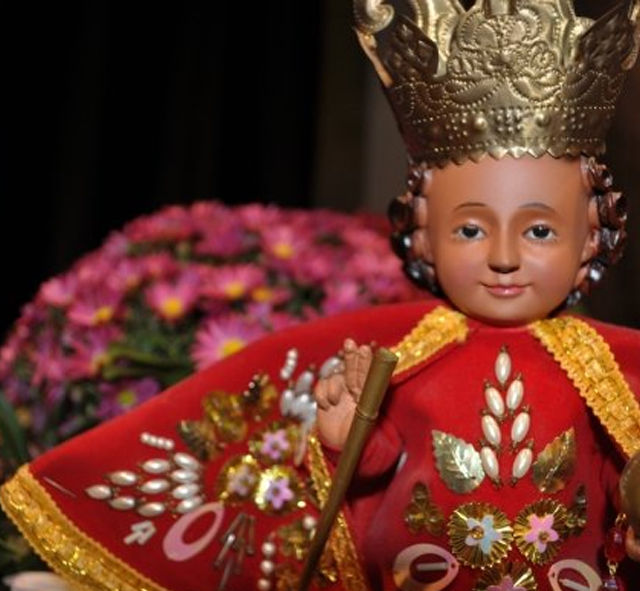 
And why are there multiple people possessed by the Sto. Nino? How awkward would it be if you put them all in the same room at the same time, speaking in the same high voice? Would any of them willingly demote themselves into a duwende instead, when they realize how many of them are claiming the same thing?

How It Happens: Supposedly, it happens during festivals of the Sto. Nino. Why the people who are possessed end up being feared instead of admired, considering the circumstances of when they were possessed, is beyond me. If he is truly possessed by the spirit of a 2-year old Jesus Christ, and only for a little while, how is this a bad thing?

Remember When: Rex Navarette made an awesome comedy bit about the Sto. Nino? I don’t think possessions by the Sto. Nino were in vogue at the time he wrote this.