The 8 best moments before, during, and after Pacquiao vs. Algieri 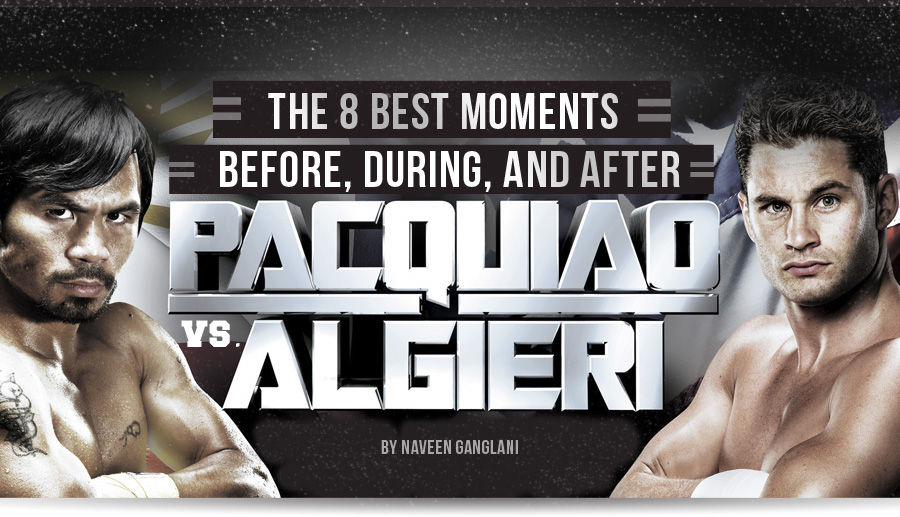 [dropcap letter="A"] lot of analysts kept saying that Manny Pacquiao was both physically and mentally in terrific shape heading into his match-up with Chris Algieri on Sunday, and he certainly proved it.
Pac-Man dominated the match from the opening bell onwards and didn’t give his opponent the chance to gain the upper hand at any instant By the end of the fight, Algieri’s previous 20-0 record suffered its first blemish, and it looked even clearer that the Filipino boxing icon is back to his old cerebral self.
Here were the best moments before, during, and after the fight between Pacquiao and Algieri. 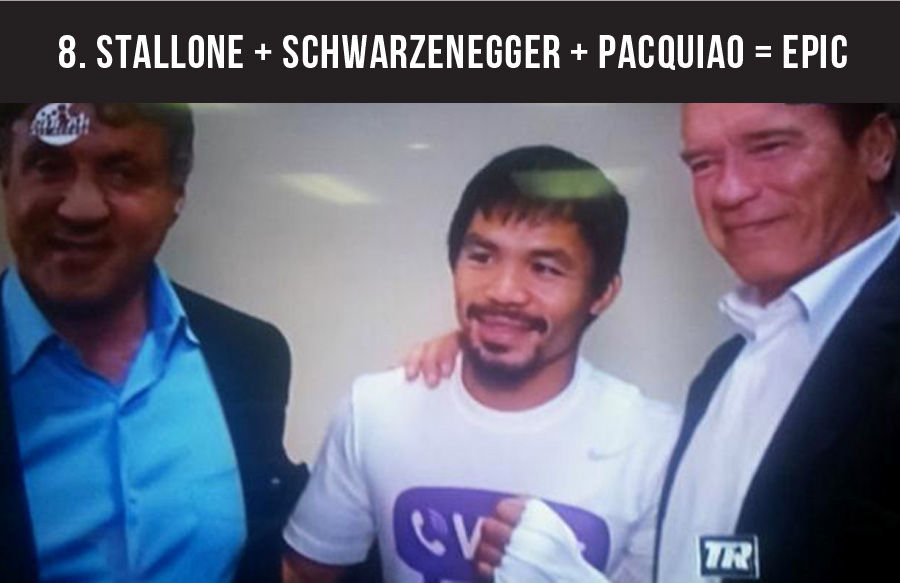 Via sports.inquirer.net
Before the Filipino boxing champ hit the ring to take on Algieri, two movie icons –Sylvester Stallone and Arnold Schwarzenegger – visited his locker room and wanted to take a picture with him. Pacquiao, happily obliged, giving everyone an image to never forget.

7. Multitasking at its finest 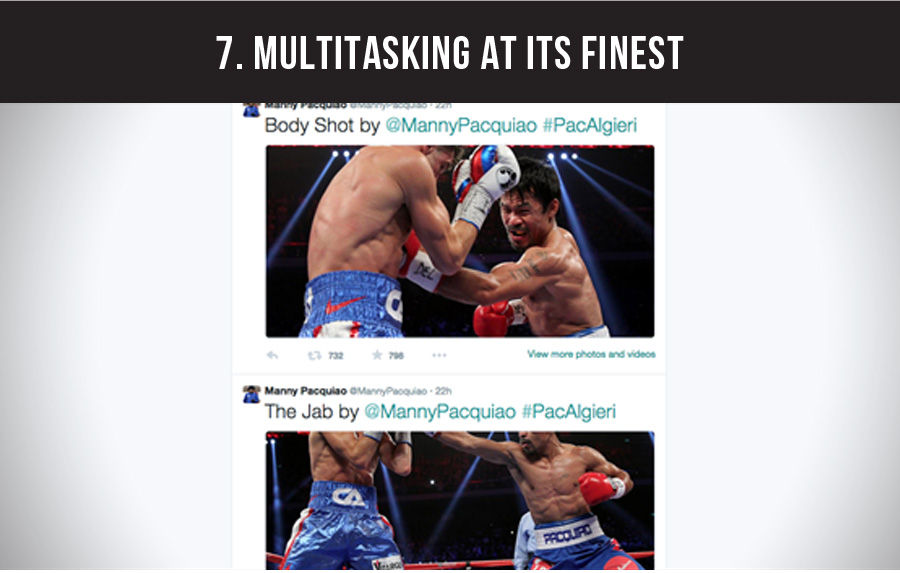 Via twitter.com
Manny Pacquiao’s resume is pretty impressive. He’s a multiple-time boxing champion, a government official, a music producer, a basketball player, and many more. Now, he can add another accomplishment to his list: tweeting while fighting. 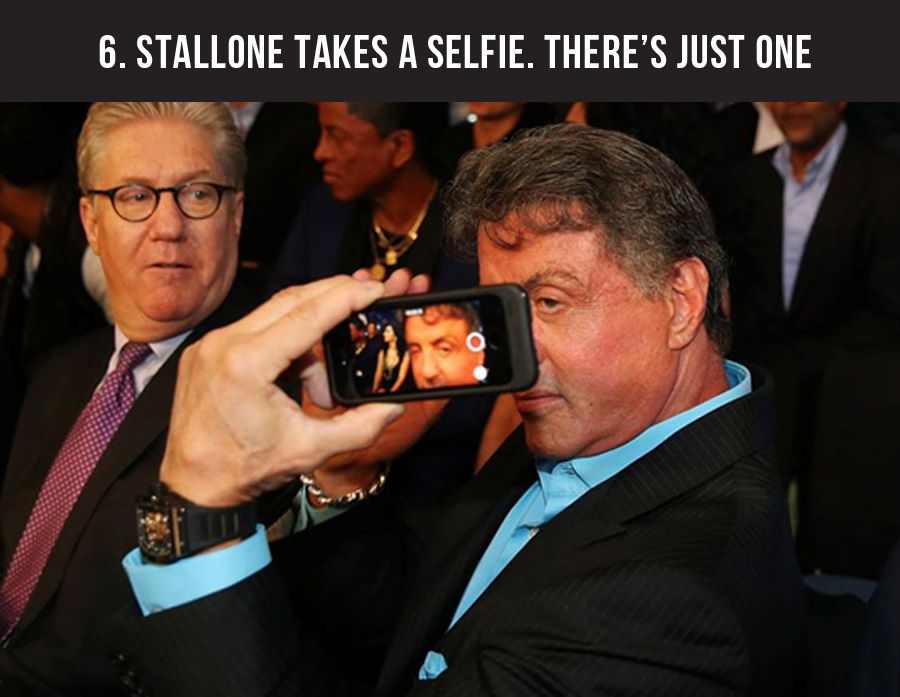 5. Not once, not twice, not thrice… but six times! 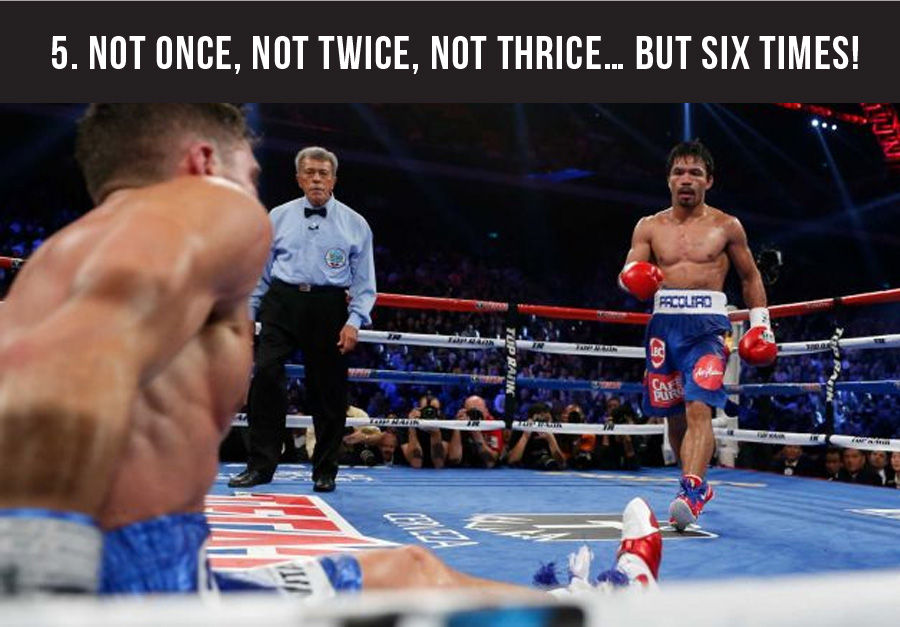 Via timesunion.com
From the first round, it was clear that a major part of Algieri’s game plan was to circle Pacquiao around the ring and hope to find an opening that would allow him to land a devastating jab. Pacman’s speed and accuracy, however, were too much for his Long Islang-based opponent, who was sent to the floor six times throughout the match! It’s a miracle Pac-Man didn’t win via TKO or KO.

4. Algieri: Pacquiao is the best in the world 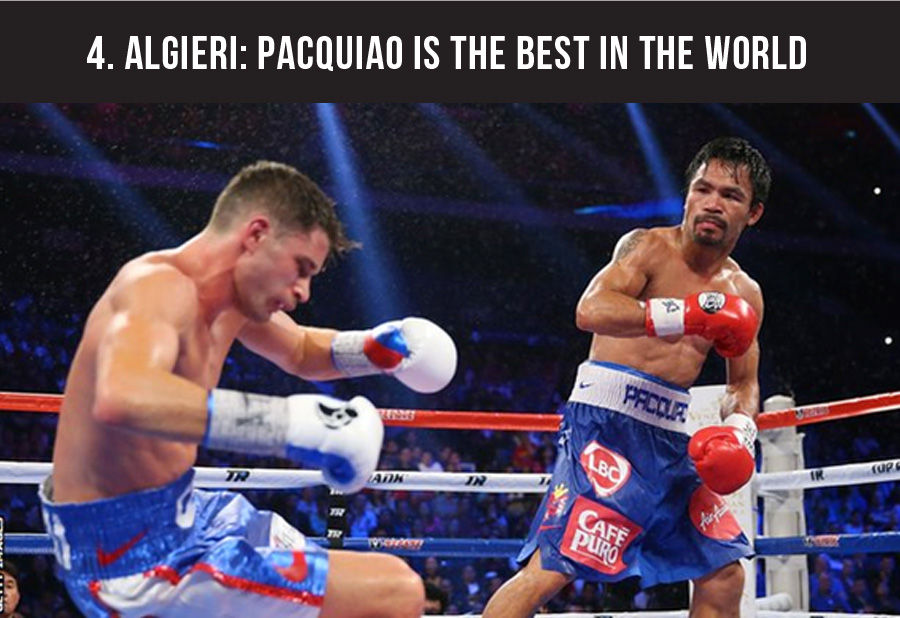 Via bbc.co.uk
After suffering his first career defeat, Algieri showed the utmost respect for the guy who just beat him, calling Pacquiao the “best in the world” in boxing.
“Manny is the best in the world at fighting like Manny Pacquiao,” he said.
He later clarified his statement, saying Manny is the best because he has tailored his fighting techniques to his strengths. “He has a very, very distinct and unique style that he’s perfected for what works specifically for his body type and his style and what works for him.” It was a great display of sportsmanship and professionalism from a very respectable fighter.

Days leading up to Pacquiao’s match against Algieri, he was already making waves on the Internet because of this fantastic Foot Locker commercial, which was clearly a shot at Floyd Mayweather.
After he was announced the winner on Sunday, Pacquiao decided to give a live rendition of his famous line: “He’s going to fight me?!” (Forward to the 2:03 mark of the first YouTube clip) 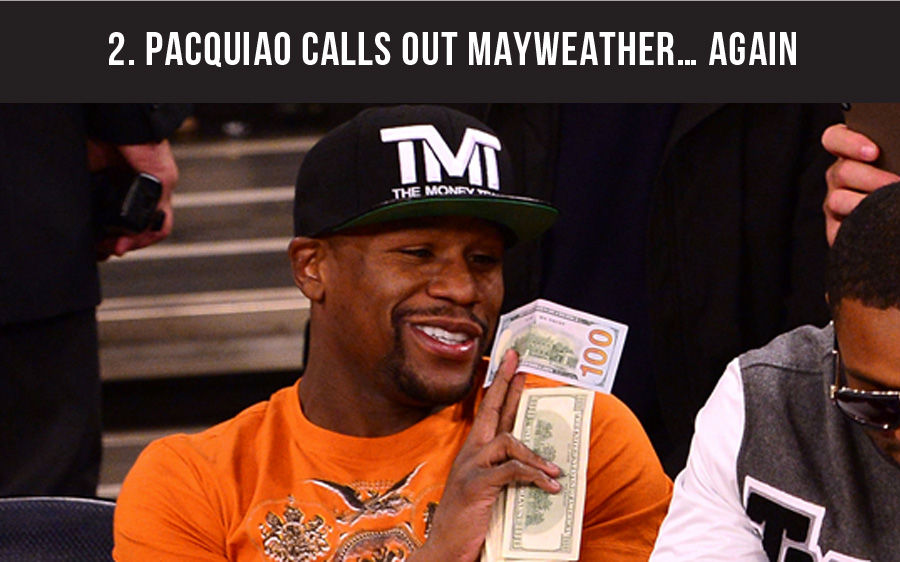 Via huffingtonpost.com
During the post-fight press conference, Manny Pacquiao once again called out Floyd Mayweather, saying that it was time for the fight that has been pushed aside for the longest time to finally happen.
“The people deserve that fight,” said Pacquiao. “The fans deserve that fight.”
“It’s time to make that fight happen.”
Obviously, Pacquiao makes a point. Floyd remains undefeated in 47 matches, while Pac-Man showed against Algieri that he is far from done. It would be such a shame if the match never takes place.

1. Pacquiao back in the PBA! 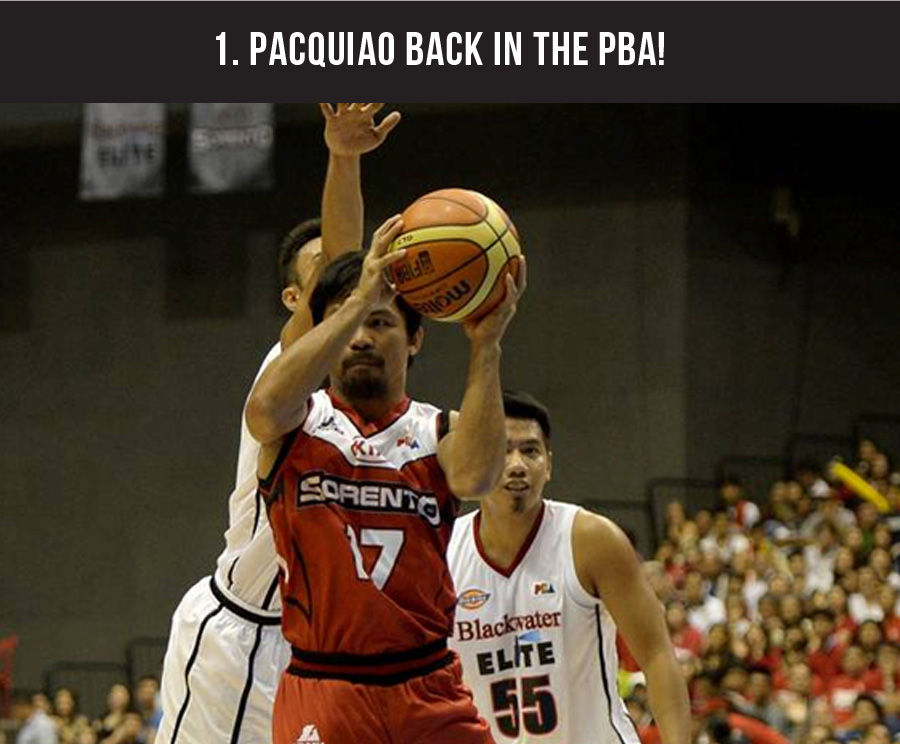 Via independent.co.uk
This hasn’t officially happened yet, but Pacquiao is expected to play in his second PBA game against the Purefoods Star Hotshots tomorrow, which is great news for everyone!
Pacquiao’s PBA debut against Blackwater wasn’t stellar by any means, as he finished with zero points and two turnovers. Maybe against the Hotshots he’ll drop a triple double? I wouldn’t bet on it, but then with Manny Pacquiao, who knows?