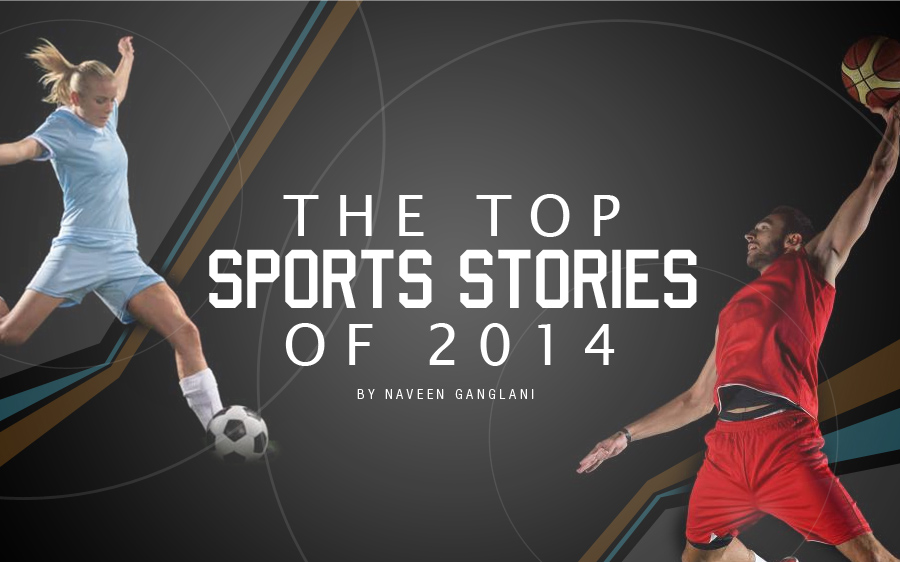 2014 has nearly come to an end, so let’s rewind the clock and take a look back at some of the most memorable sports stories that left an impact. 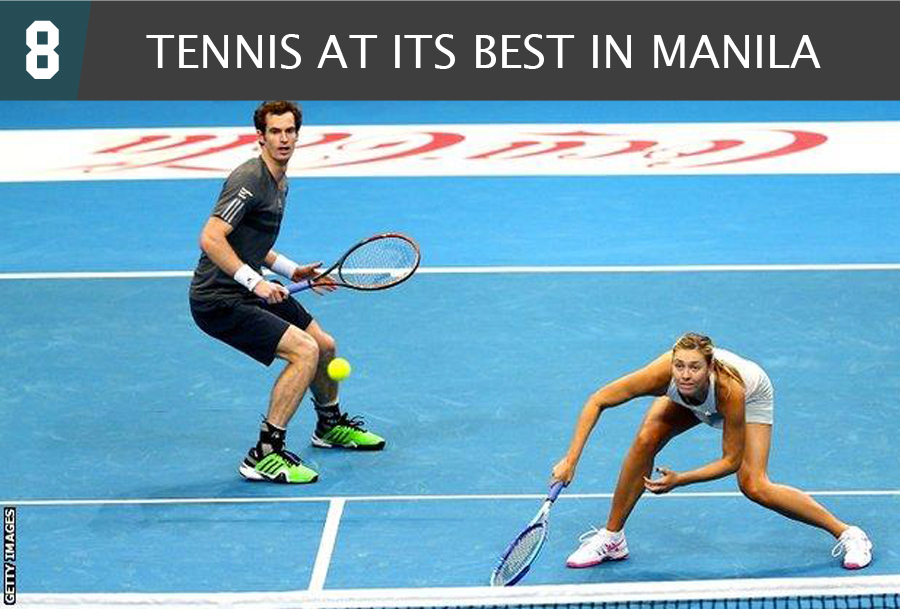 Via bbc.co.uk
2014 saw tennis make a leap in the Philippines, as the International Premier Tennis League conducted one of its legs for its debut season here in Manila. The citizens of the country were treated to seeing the best of the sport, such as Andy Murray, Ana Ivanovic, Maria Sharapova, and Serena Williams. 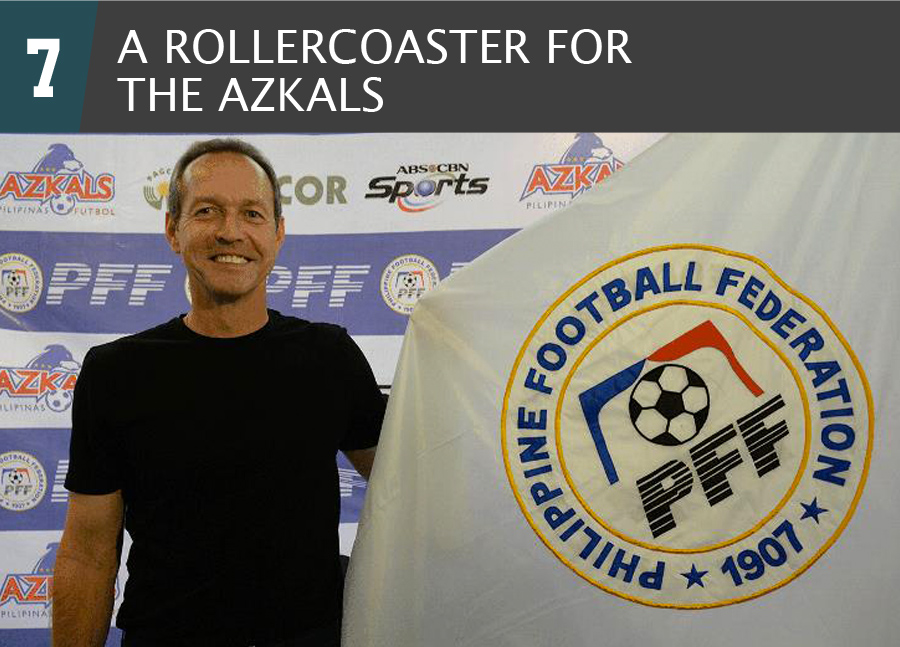 Via espnfc.com
Controversy rocked the Philippine Azkals midway through 2014 when two of their more popular players – Stephen Schrock and Dennis Cagara – announced through social media that issues with the team’s head coach, Thomas Dooley, yielded to them withdrawing from the team.
Dooley fired back at the two, as well as at goalkeeper Neil Etheridge, saying the aforementioned names were benched and punished for unprofessional behavior. The team received another blow a few months later when Emelio “Chieffy” Caligdong retired from football, which was not long after followed by the team’s disappointing finish in the 2014 AFC Suzuki Cup. 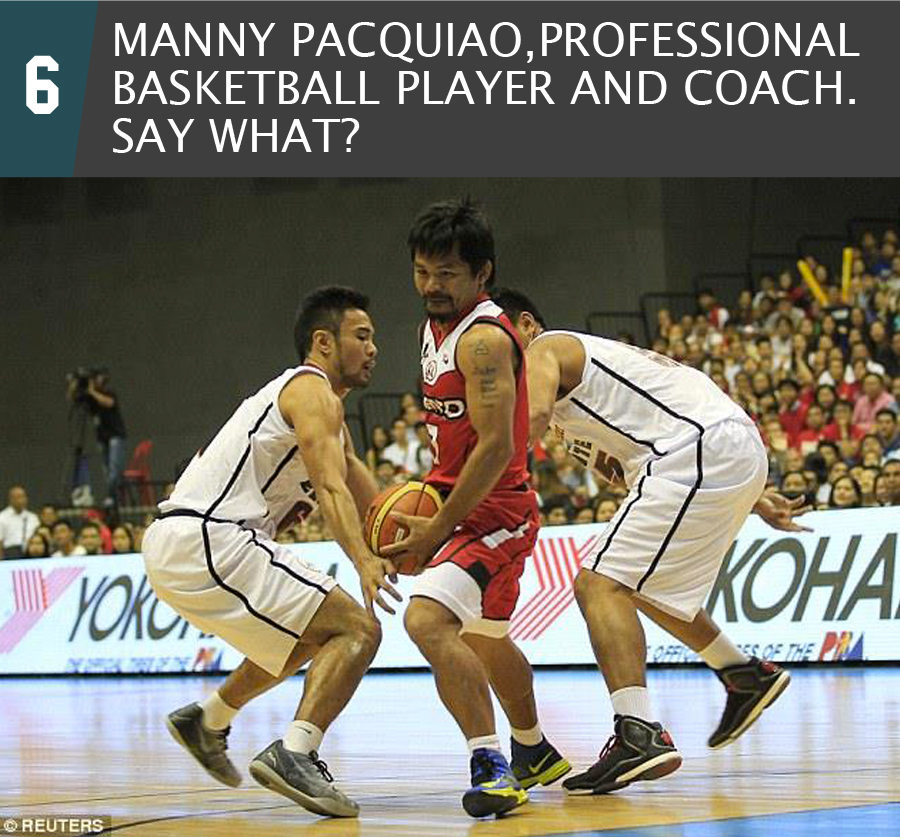 Via dailymail.co.uk
Yes, you read that right. In 2014, Manny Pacquiao made his debut as a playing coach for the KIA Sorento in the PBA. He’s only played in two games so far, but let’s just say the live-action film of The Last Airbender was better than how he performed. 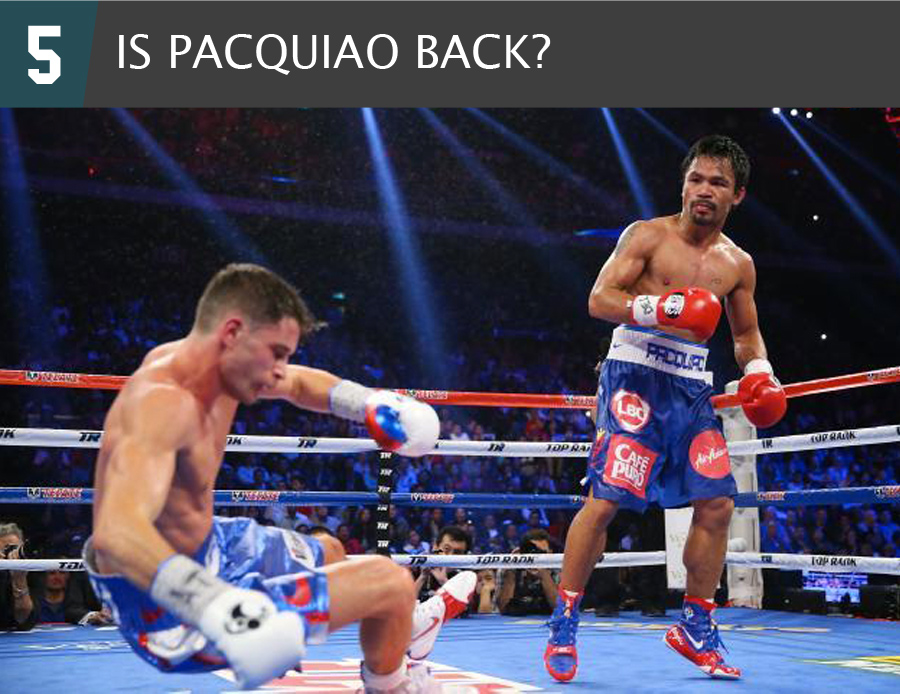 Via bleacherreport.com
On the flip side for the eight-division boxing champ, he went undefeated in 2014 by taking down Timothy Bradley Jr. and then absolutely dominating Chris Algieri a few months later. Pacquiao looked in top peak physically and mentally during his past two matches, putting him in prime condition as he hopes to finally face Floyd Mayweather Jr. 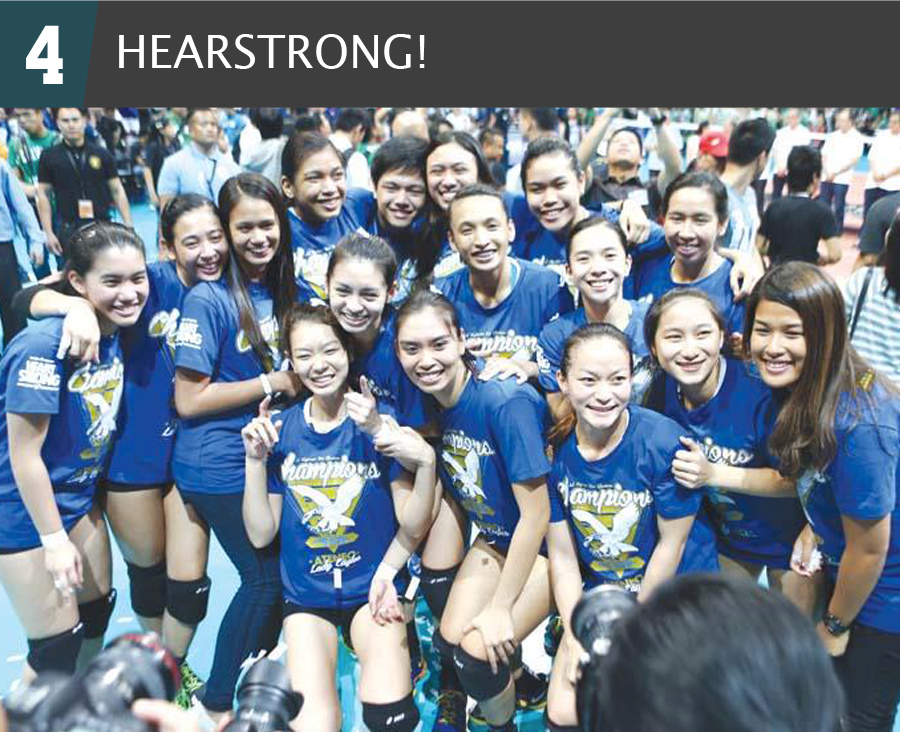 Via mb.com.ph
After upsetting NU in the Final Four round of the UAAP Season 76 women’s volleyball tournament, Ateneo relied on their “Heartstrong” mantra to help lead them to the incredible finals win over La Salle, giving the school their first women’s volleyball title in history. Furthermore, Alyssa Valdez, the league MVP, proved why she’s the best college star in the country today. It was an unbelievable story for Ateneo, one that will be re-told for years to come. 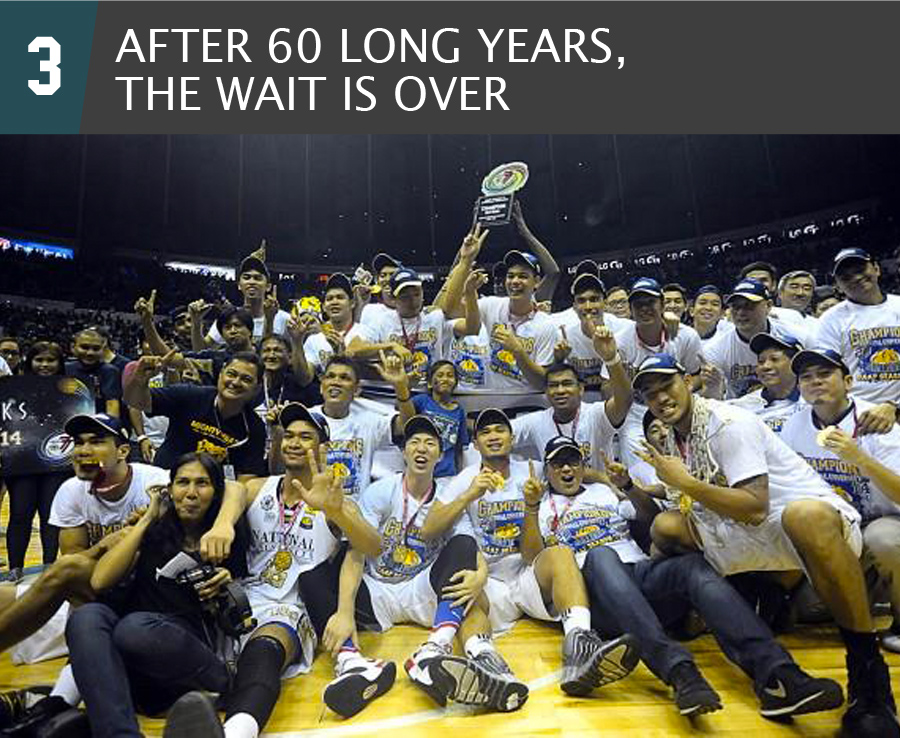 Via tiebreakertimes.com
The NU Bulldogs weren’t even assured of a spot in the UAAP men’s basketball final four round in Season 77. They first had to beat UE in a do-or-die match, and they did. And then, they had to beat the #1 seed Ateneo Blue Eagles in consecutive games, and they did that too.
In the finals, they lost game one to FEU, putting them in a dangerous spot right away. But then the Bulldogs blew out the Tamaraws in games two and three, giving them their first title in 60 long years. The story might go under the radar everywhere else, but for NU student and alumni, it was an epic rise to the top. 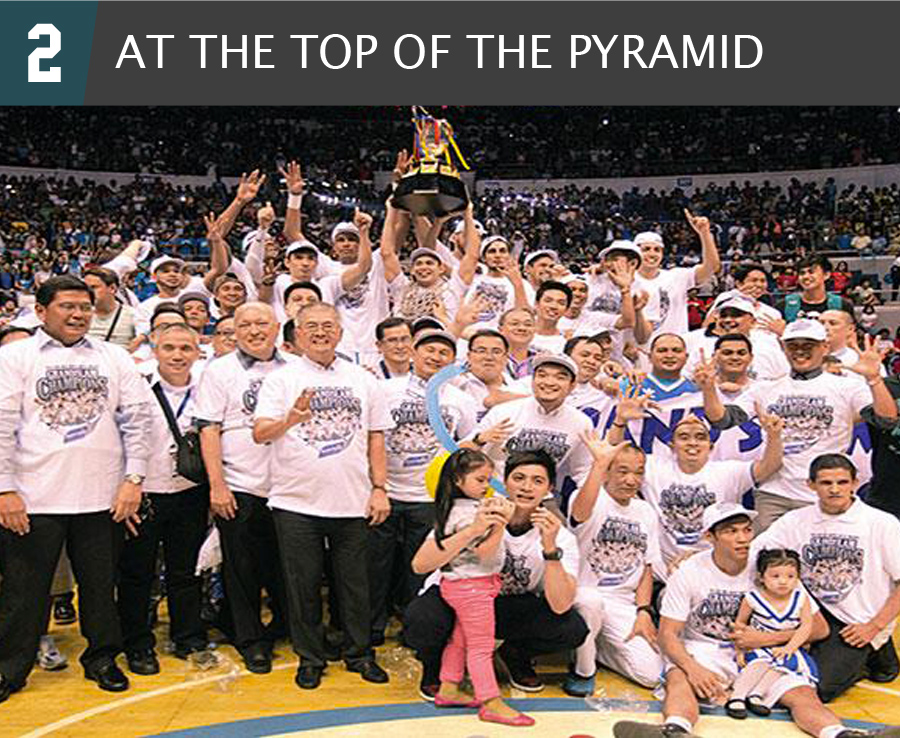 Via philstar.com
There have been only four Grand Slam teams in PBA history. Tim Cone has now coached two of them.

The Cone-led San Mig Coffee Super Mixers swept the entire 2013-2014 PBA season, winning each conference to attain a Grand Slam. In total, they won four straight PBA titles, completing one of the greatest dynasties the league has ever seen and putting Cone at the top of the list for most championships by a head coach in PBA history. 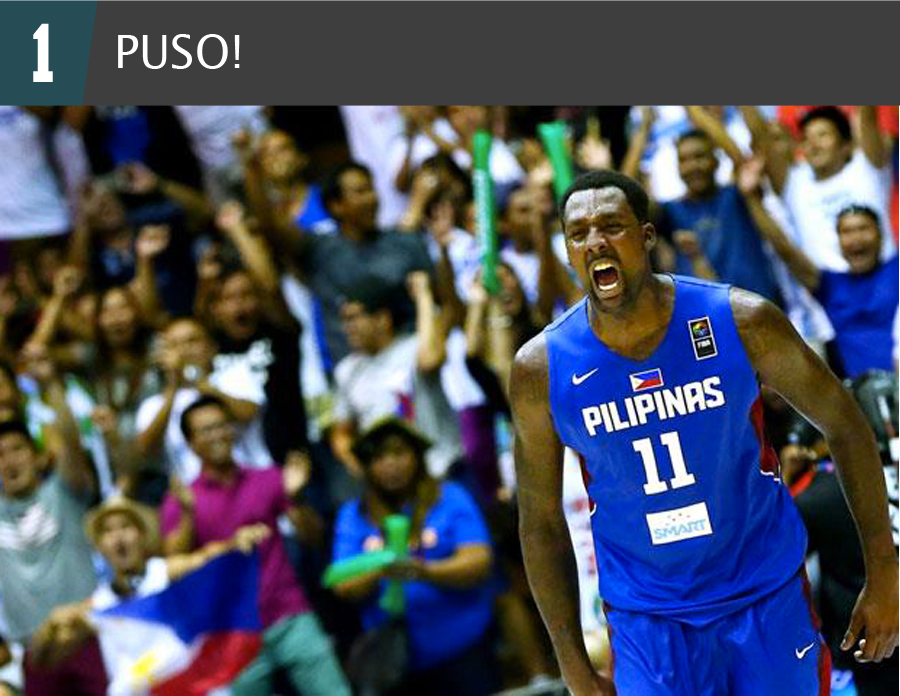 Via .philstar.com
After 40 long years, the Philippines finally won a game in the grandest basketball tournament in the world, the FIBA World Cup. Though Gilas Pilipinas suffered heartbreaking defeats in their first four matches, the team salvaged their spot in Seville, Spain, by defeating Senegal. But more than that, they gave this basketball-crazy nation memories to forever be cherished, while making one thing clear: the Philippines is here to stay in the world stage.


What were your favorite sports events this year? Share them in the comments section!