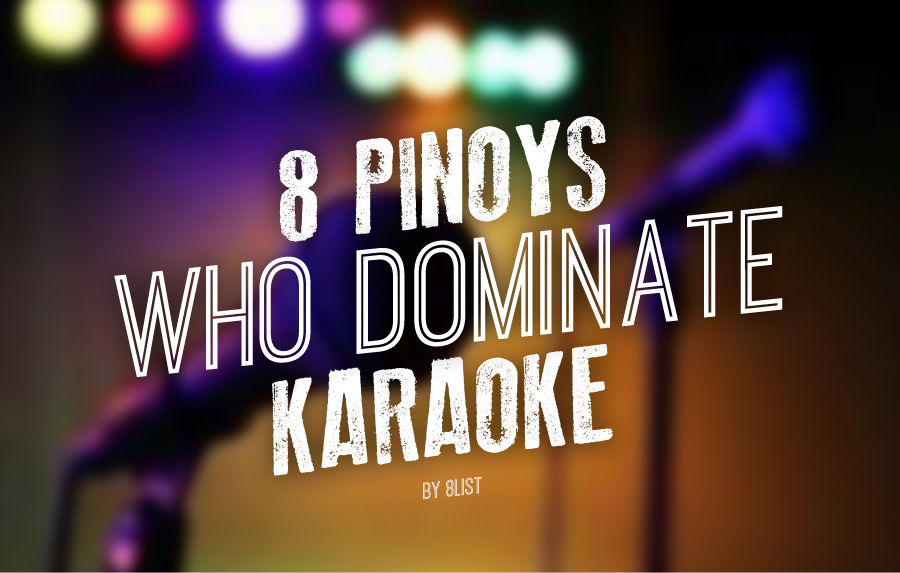 [dropcap letter="P"]inoys love singing. It’s a well known fact. This talent talent isn’t only found on TV a la "The Voice," but everywhere--in food courts, appliance stores, sidewalks! Here are 8 Pinoys who were brave enough to try the free (public!) karaoke and proved that when it comes to birit, we are practically second to none.

Video quality isn’t that great so don’t use headphones for this one. This kid is singing Queen B’s "Listen" and she absolutely killed it.

Whitney Houston is a karaoke favorite. Her songs aren’t easy to sing but the birit moments make it fun. Stephanie Pitos, however, makes the hit "I Have Nothing" seem like a breeze.

Just hearing this girl sing Mariah Carey’s ‘I’ll Be There’ is enough for anyone to stop and take notice. In the video, you’ll even see how the crowd increases! And hey, capturing Mariah Carey’s signature high notes isn’t an easy feat.

Koco Tan has the insane ability to shift between entirely different notes. In other words, he can sing a duet all on his own and it’s pretty amazing. Doble kara espesyal!

This guy’s name is Paolo, and he is an amazing singer who can reach notes that a lot of girls can’t. Here he is singing Lani Misalucha’s "Bukas Nalang Kita Mamahalin." And yes, he totally kicked ass in that high note.

Earlier this year, Alisah Bonaobia sang everyone’s then-favorite Disney song ‘Let It Go’ in a Robinson’s mall. Few months later, she auditioned for "The Voice" Philippines and is now under Team Apl.

Paullete Cambronero sang in the foodcourt for her sister who was going back to Taiwan. Now, the former kindergarten teacher has a record deal. Can you imagine how fun sing-a-long must have been in her class?

This viral video was just the beginning for Zendee Rose Tenefere. With 17 million views, she performed on Ellen and now has her own album out! Who says singing competitions are the only ways to stardom?
Want to add more awesome karaoke singers to this list? Share them with us in the Comments Section below!