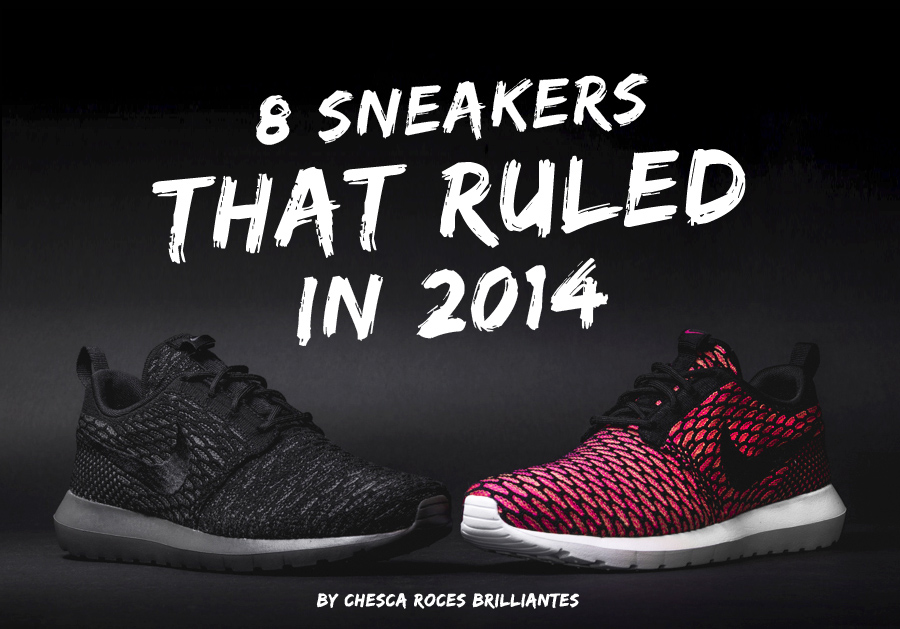 This is a very biased list as compiled by my husband, the sneaker addict.

Once I had a housemate who found it amusing that I had a gazillion pairs of shoes. Honestly I didn’t see anything wrong with it, it just so happened that I liked shoes more than bags or clothes or anything else girls were supposed to like. I liked them all: flats, wedges, pumps, mules. But most of all, I loved sneakers. There was something about the comfort of walking in them and at the same time, how you could get away with the most outrageous of designs as long as it had a rubber sole (paging Jeremy Scott!). When my husband TJ and I first started hanging out, one of the things we’d talk about were sneakers. In spite of him being a Nike guy and me more of an Adidas fanatic, I was happy that someone else shared in my obsession.

Fast forward to several years and kids later, I move on and transform into a Martha Stewart wannabe. My good husband though is stuck even deeper than ever. It’s so bad that in spite of having to turn a storage room into a shoe closet, he still has racks in the hallway, a shoe cabinet by the door, and several more in boxes stacked around the house. We live in a small apartment and most parts of it had spaces for his shoes. Not even drums for this professional drummer (those were demoted to our garage for lack of space), just shoes. His Instagram posts are his #kotds and he loses sleep over things like Supreme x Nike releases. “At least hindi drugs,” he says. True. And at least it’s pretty easy for me to think of what to get him for his birthday or Christmas.

Yep, I am partly to blame for encouraging him and indulging him. I am an enabler! But it’s the cutest to see him all giddy as he opens a box, sometimes just to look at them. Like a little girl with a crush, except he’s in his 30s—is grown man with kids; has a beard and mustache.

So for this list, I asked him to come up with his top 8 picks for the year. There are a few that I thought would make it to this list but didn’t (KD 6, Jordan Future, ZX Flux) but well, it’s his list, not mine. He’s the one who spends a third of his waking life reading up on new releases and such after all. 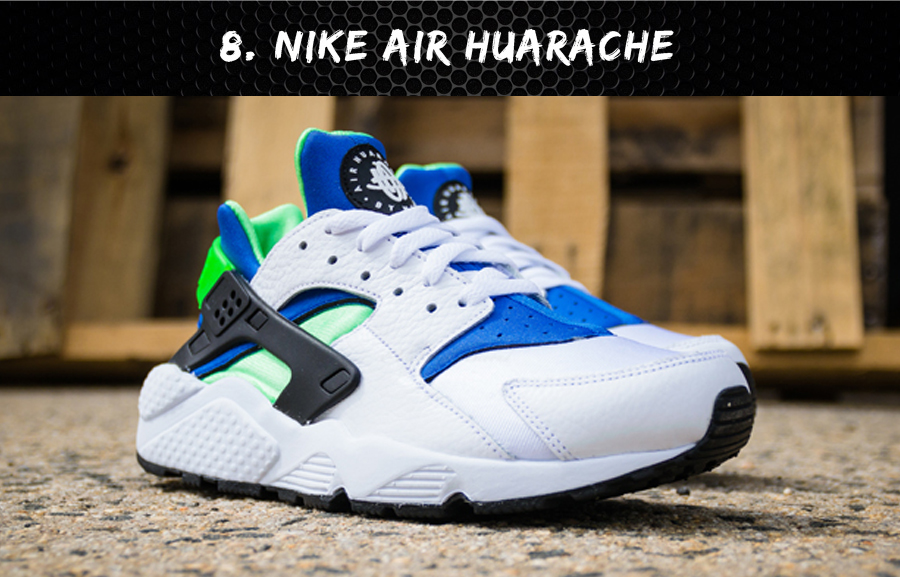 The Huaraches first came out in 1991, borrowing its name from the traditional Mexican sandals that inspired this classic. It sold out in just three days when it first came out. 2014 was a big year for Huaraches, because aside from the resurgence of this line, Nike finally reissued OG colorways such as the Scream Green and Bold Berry. 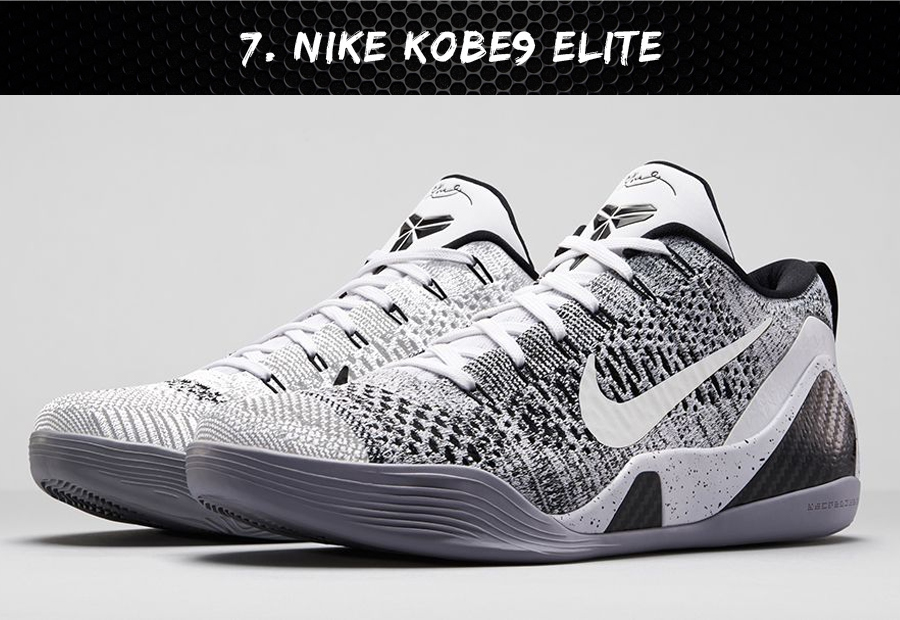 Flywire, Flyknit, Lunarlon all rolled into one snazzy looking shoe.

My husband is a drummer, not a professional baller. But good god did he NEED this shoe like anything. He was anticipating the release of the Beethoven colorway and I swear he was so angry at the world when it turned out he couldn’t. I think he still is.

The Elite Highs look almost sock-like and according to fans, it’s the best, ever. Lightweight with full support. Should be as it was developed after Kobe’s torn Achilles that sidelined him for quite a while. 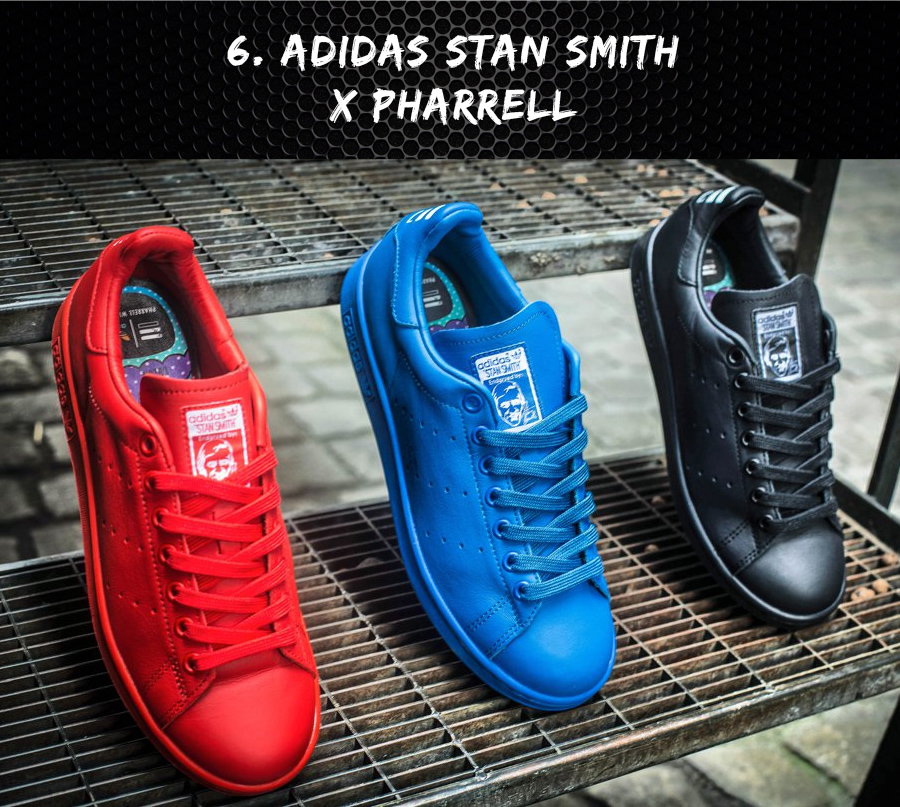 Seriously though, Pharrell has been making the rounds and is on this collab spree but I’m not complaining. He has used the classic white Stans as a canvas, pumping out flashy colors and even using felt, a nod to what these sneakers were originally created for. 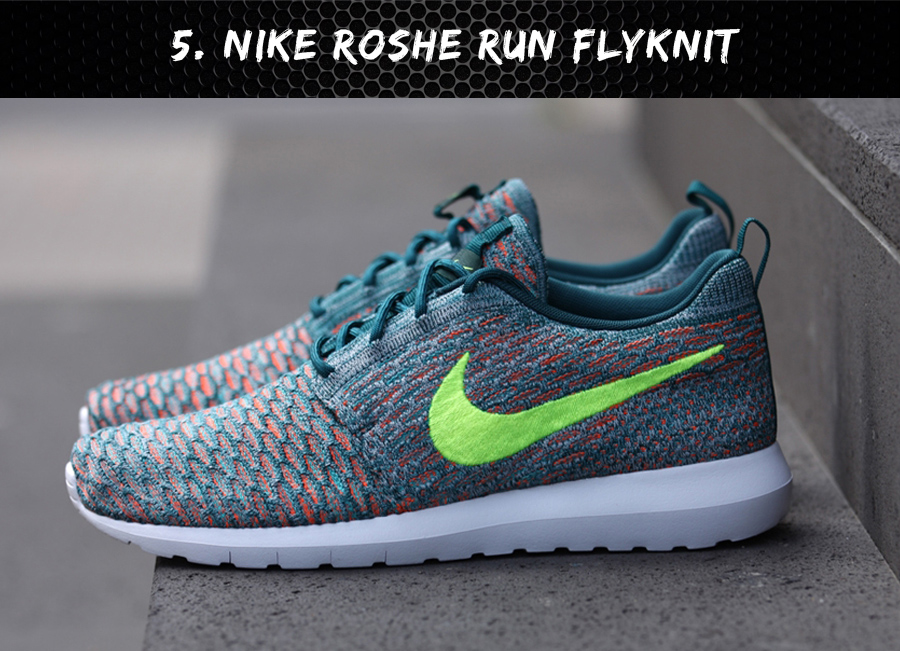 The Roshes first came out 2012 and its low price point and various prints and colorways have cemented it into its must have status ever since. That combined with another gold from Nike, its Flyknit technology, is bound to be a sure winner. So much so that its competitors are following suit with their own versions. 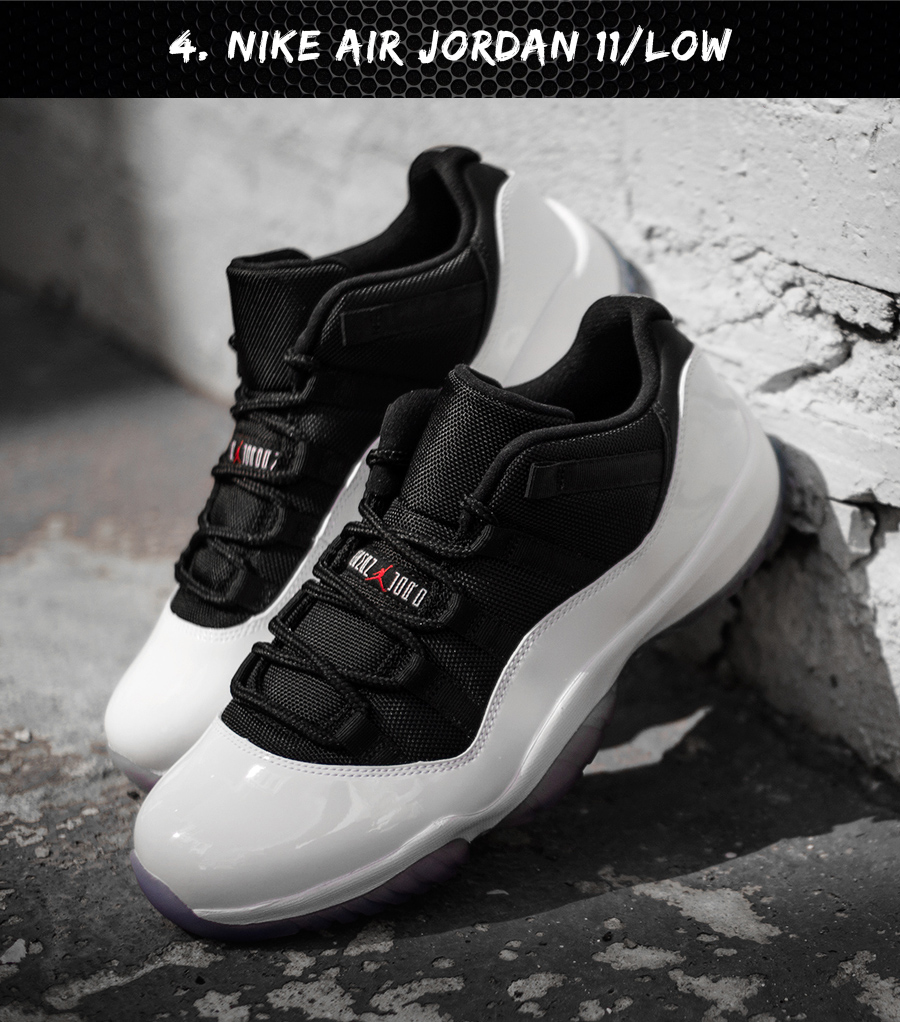 Being the most popular in the AJ series, obviously this would still have to come up on this list. 2014 dished out the low version of the ever popular Concords, and sneakerheads of the world squeal with glee. That and the Legend Blues, and the new Pantone 11s to be released as the Ultimate Gift of Flight pack on the 23rd. Ho ho ho, Merry Christmas! 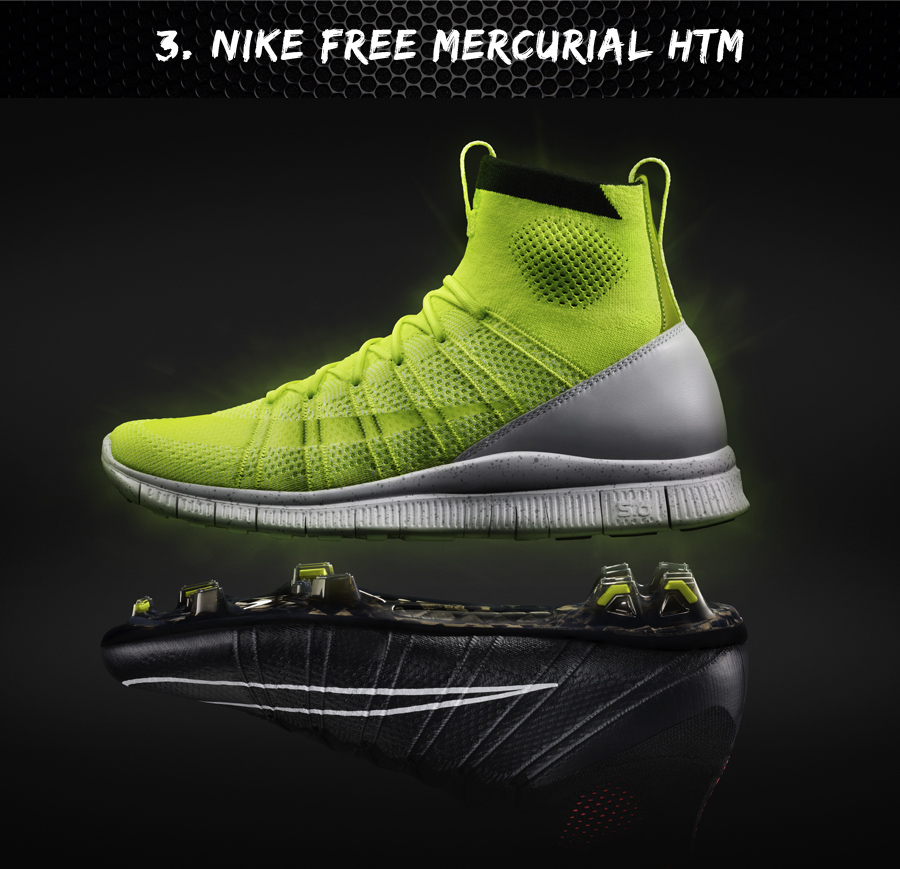 Oh my god, this shoe. Unlike with Adidas, there really isn’t much a football fan can do with Nike’s boots if not for playing in. Thanks to the elite team of Fujiwara, Hatfield and Parker (HTM), the Mercurial is reborn into a lifestyle shoe with (again) Flyknit, Flywire and a Free sole. Guuuh, I cry. Especially because they were literally gone in 15 minutes when they were first released. WHY. MUST. YOU. DO. THIS. TO. ME?

Well, not like they came out in my size anyway. Seriously, they should be making smaller sizes for girls like me who hate girly sneakers. Perhaps I indulge in my husband’s obsession because I can somehow live vicariously through him. But let’s not tell him that, he might go overboard. 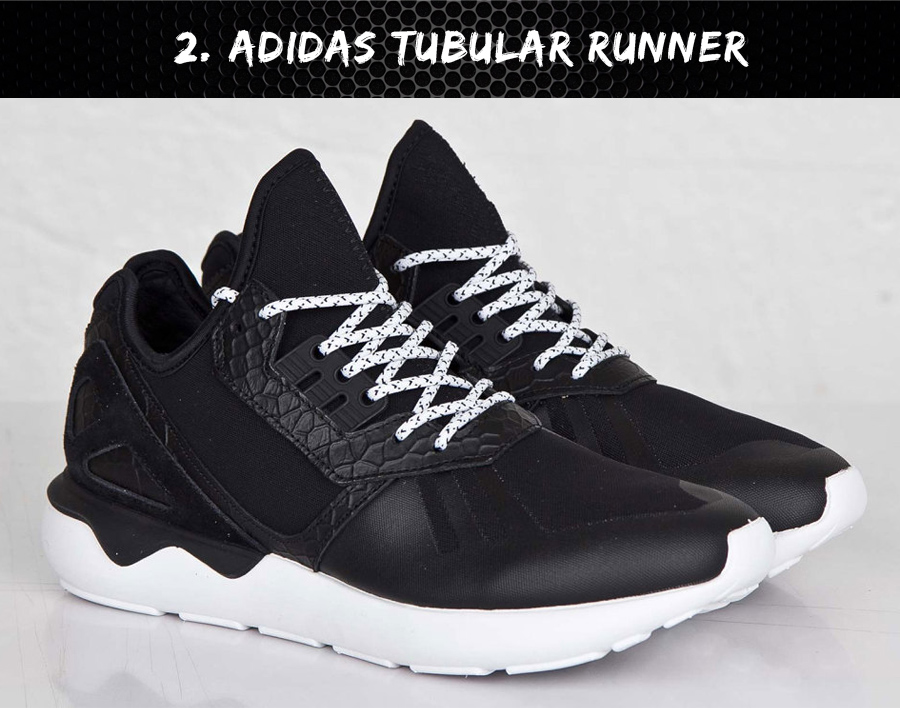 It’s high time for Adidas to release a new silhouette and stop refurbishing their Originals line to no end. This shoe screams Y-3 all the way but even though it isn’t exactly an original, it’s a yay for Y-3 fans all over the world who find it hard to swallow Yamamoto’s price tag. At just $110, what’s not to love about this sleek number? We’ve seen it worn at weddings, gala events, and just a trip to the supermarket. 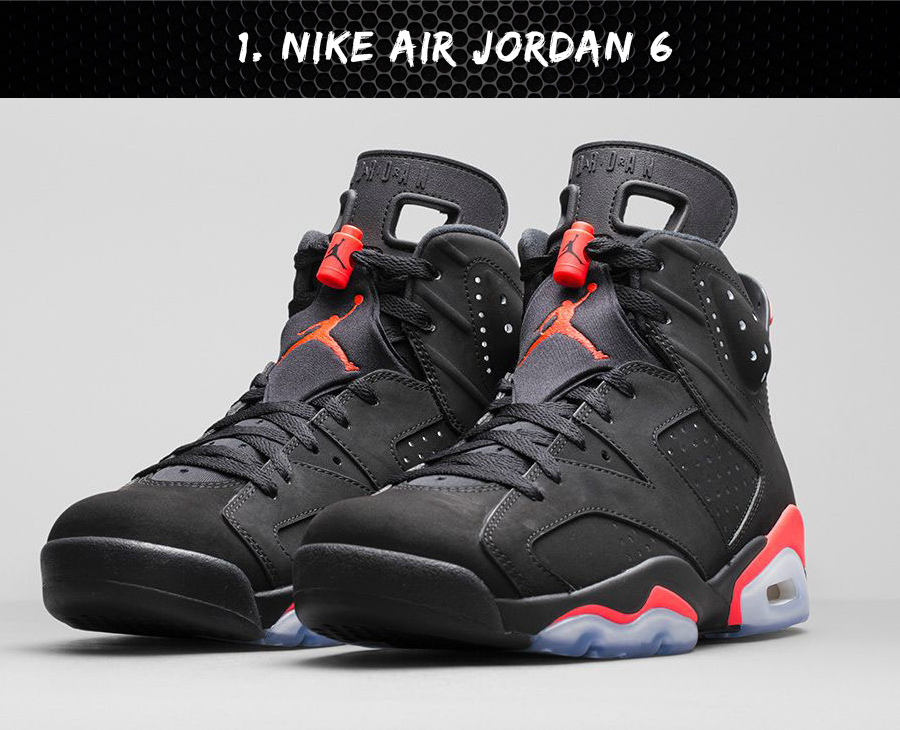 I don’t think people ever get tired of the AJ Series. At a sneaker convention I could’ve sworn 80% of them were in Jordans. Most of them in 6’s. Yes the 11s are the most popular, but the 6s are still special in its own right. It was with the AJ6 that Mike won his first championship and MVP title (Infrared) and will always be remembered for that. Being its 23rd anniversary (the Jumpman’s number was 23, in case you didn’t know!), Nike did a retro run and released favorites and a real special one, the Sakuragi designed by Slam Dunk illustrator Takehiko Inoue.


Are you a sneaker addict, too? Share your favorites on the comments section below!