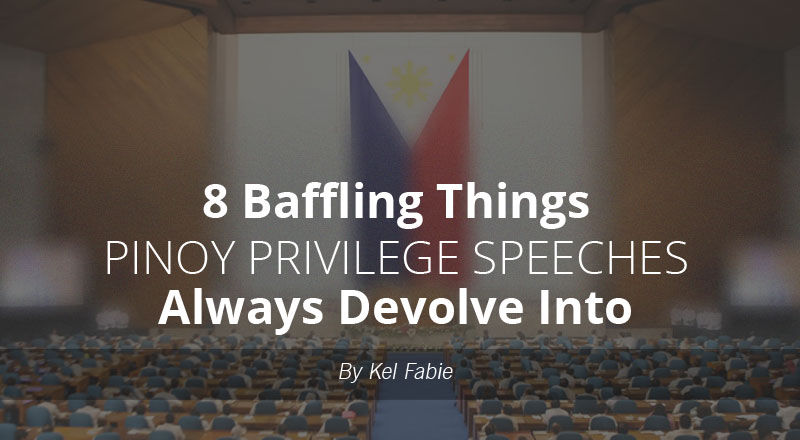 So. It has come to this, nation: the hallowed halls of the Philippine Senate, where some of the best and brightest minds who led the nation for decades, has turned into a karaoke hall, thanks to Senator Bong Revilla’s speech with matching music video, which proves the old saying, “when you hit rock bottom, just keep on digging.”
When it comes to Philippine politics, the privilege speech is a weapon most legislators have no qualms about using. When you can have practically all the time you want to say whatever you want with no fear of legal backlash, because you are granted parliamentary immunity no matter how outlandish what you have to say happens to be.
You’re bound to encounter a bunch of boring privilege speeches, no doubt. I personally witnessed Ted Failon, then a congressman who was nearing the end of his term, giving a speech about the honor bestowed upon him in serving in congress. Because there was little to no media coverage going on in session hall at that moment, the lawmakers were visibly doing anything but pay attention to Ted Failon. Not a soul gave a damn that day.
And then, you have the other kind of privilege speeches.
Unsurprisingly, this other kind has turned the privilege speech the public is very familiar with into a mockery and obliterates our hope in humanity each and every time some random politician gives it a go. When you watch one of these, they almost never actually are privilege speeches: they tend to morph into something else. Here are 8 of the most absurd things privilege speeches usually devolve into… 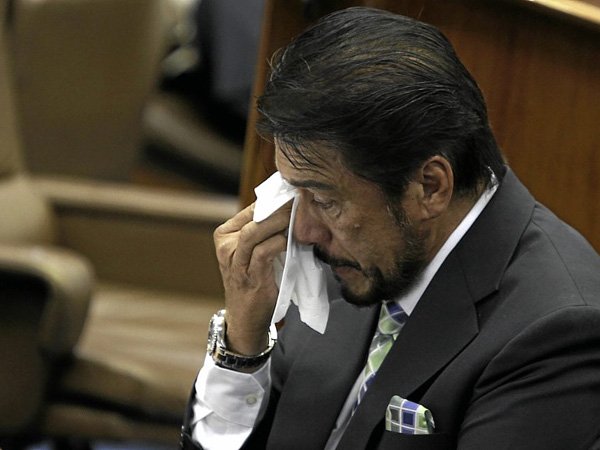 In a privilege speech where he talked about losing a child because of his wife using the “Dianne” contraceptive pill in 1974, Senator Sotto actually cried. He may have been crying over the fact that he actually bought these “deadly” pills from a time traveling servant of Satan, because Dianne wasn’t introduced by pharmaceutical company Bayer until 1978. Senator Bong Revilla’s dad, Ramon Revilla, Sr., did more of the same while watching his son’s privilege speech in the Senate last January, too.
You would think that an actor best known for comedies and another for action films respectively would not try to stretch their range into drama once they’re in the Senate, but you would apparently be wrong. 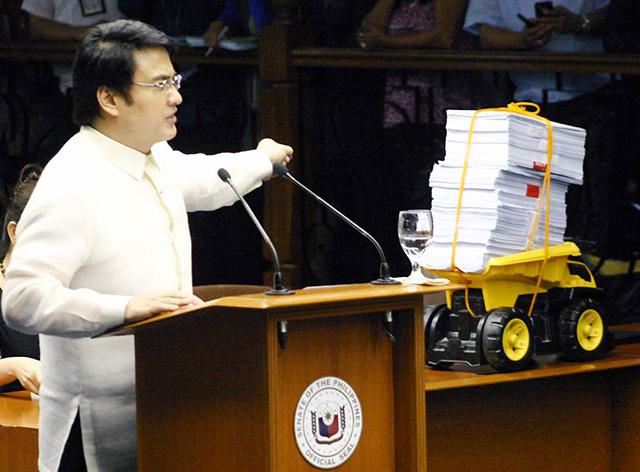 Senator Revilla used his January privilege speech to bring out a toy truck in an attempt to belittle the supposedly “truckloads of evidence” against him in the PDAF scam. In 2009, Mar Roxas became known for a while as “Boy Bawang” for wearing a garland of garlic during a privilege speech, supposedly to ward off the “aswang” that was the Arroyo administration at the time. He even distributed some to his fellow senators afterwards. And yesterday, we were presented with an original song with matching music video. Apparently, privilege speeches need a gimmick of some sort to be remotely interesting, lest it have to actually resort to *gasp* actually telling the truth instead. 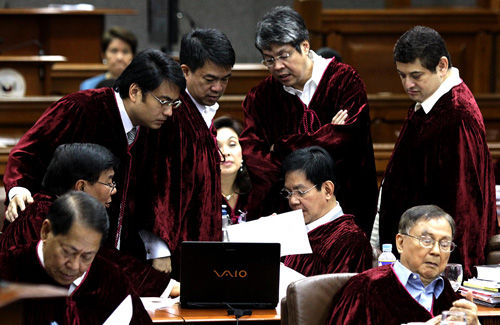 Our lawmakers love lists! While everyone now knows about Senator Revilla’s infamous #BongPanes list that included a pickup line even Chiz Escudero might have second thoughts about using, most other privilege speeches that claim to expose the “truth” tend to become lists, too. Former Senator Lacson’s “Incredible Hulk” expose, for example, was a litany of former FG Mike Arroyo’s alleged fake accounts and transgressions. Senator Defensor-Santiago’s privilege speech about Senator Enrile, on the other hand, was a laundry list of “evils” he has allegedly committed throughout history. We’d love to have one of our good Senators contribute an list or two to this site one of these days. I’m sure it would be very entertaining. 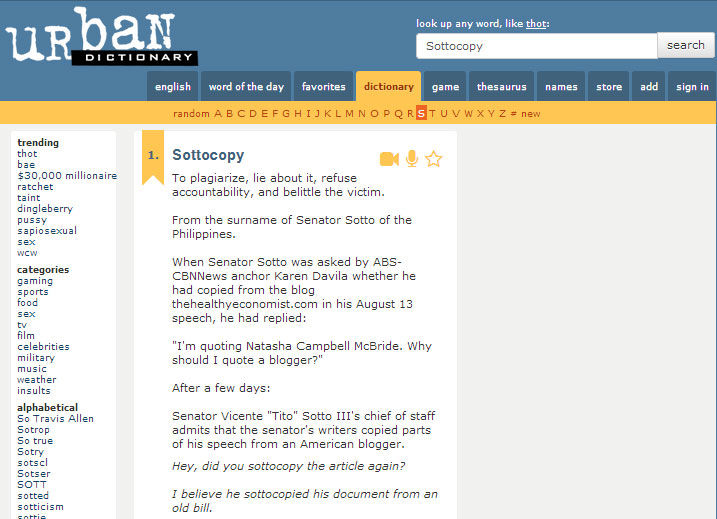 If you don’t know what the terms “red herring,” “appeal to authority,” “appeal to religion,” “argumentum ad misericordiam,” “and “non sequitur” mean, you will learn all this and more by watching your average privilege speech, especially if it’s made by someone who is trying to defend themselves from accusations. They will say so many things: remind you how much they fear the lord, or how they believe due process will see them through, yet at no point do they offer any proof of their innocence. Why bother with evidence when innuendo is so much easier to pull off? If you’re in luck, you may even discover that not-so-rare phenomenon known as “plagiarism.”Even one of our favorite Senators isn’t exempt from this, when you realize that she probably didn’t write those pickup lines by herself.

You will often hear the line “I am being singled out” in any impassioned defensive privilege speech. Then, they get to the part where they proceed to accuse everybody else of doing the same thing, or worse. What they hope you miss out on is the fact that at no point does this mean they’re actually innocent. Shhhhh. 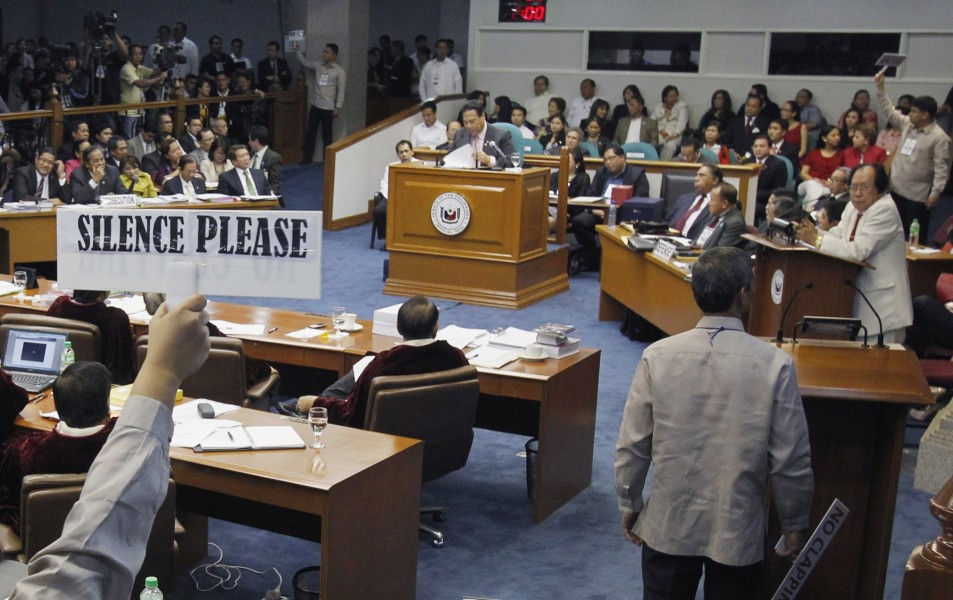 For a supposedly secular country, our lawmakers invoke God an awful lot, don’t they? Each time a senator uses God’s name to defend themselves, God is probably wondering why His name is being dragged into this mess. Again.

1. A waste of our time and money


These privilege speeches take up the better part of an afternoon, whenever they happen. Given that a good number of us still care for our country, we make the sorry mistake of listening to the speech in hopes something good will come out of it, only to discover that we hoped in vain.
Also, the daily budget for each session day in the Senate alone is around 30 million a day. That’s our money being used to fund that. The better part of yesterday’s 30 million pesos of our money went into the production of a godawful music video that was matched only by the godawful singing. Can we get a refund?


Dishonorable Mention:
Have you ever noticed that with the exception of former Senator Migs Zubiri, these privilege speeches never end with a resignation? Just saying.