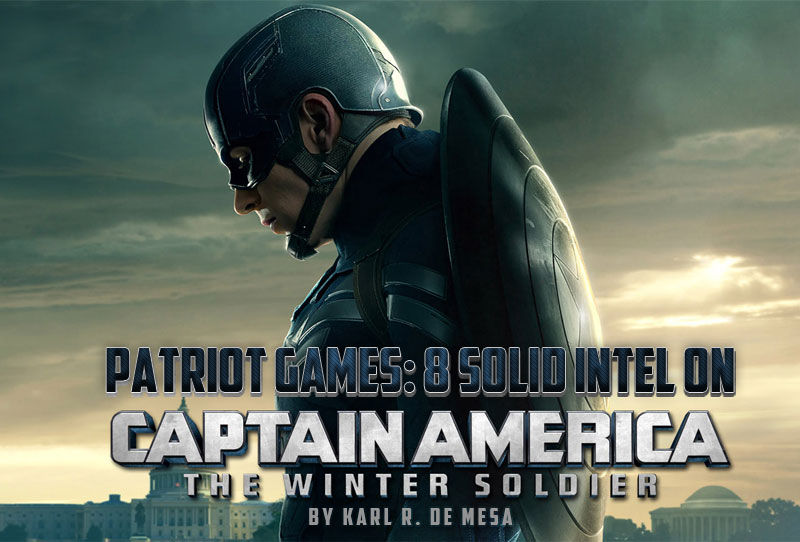 More old school espionage and action thriller than just another superhero fluff movie, Captain America struggles not only to fit into a world that has a global network of information, but also one that lives in the shadow of modern terrorism.
Now that Cap has gone to work for spy organization S.H.I.E.L.D, it’s taken him some time to adjust to the cloak-and-dagger world of grays, as opposed to the U.S. Army’s “Us versus Them” platitudes of blacks and whites.
“All the guys in my barbershop quartet are dead,” jokes Steve Rogers (Chris Evans), when fellow S.H.I.E.L.D Agent Natasha Romanoff (Scarlett Johansson) asks about his weekend plans. It’s true and it’s uncannily, morbidly melancholy. 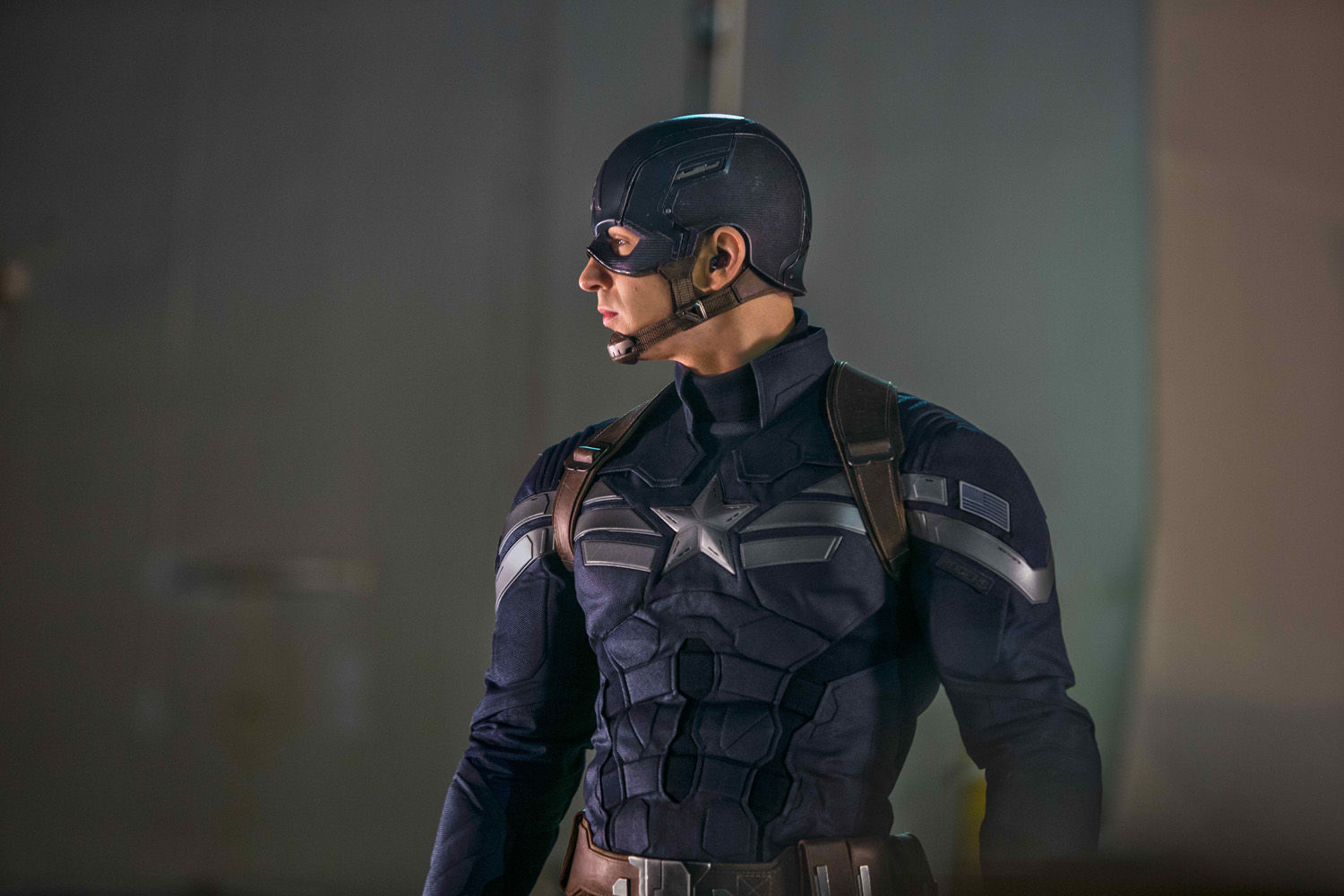 Evans lends some insight into his own character, saying “Steve Rogers is now entrenched in the modern world. All of the people he knew are gone and there are many things that he struggles to understand. I always have interpreted Captain America as having a certain sense of loneliness given the fact that everyone knows who he is, but he doesn’t know anyone. Because of that dynamic, I think he’s a little suspicious of people’s motives when they approach him.”
Gritty, violent, and full of secrets within secrets that yield tremendous, Marvel Universe-changing plot twists, this is a Captain America for the days of Al Qaeda and Snowden, the Arab Spring and the upcoming “Age of Ultron.”
Need some intel? We’ve done some spoiler-free reconnaissance for you.

“We wanted Cap’s outfit to feel like it had a Kevlar component to it that would protect him; functional body armor, not a costume,” says co-director Anthony Russo. “If he were going into combat situations in the real world, what would he be wearing? Military armor.”
Marvel’s internal visual developer Ryan Meinerding elaborates on the process of bringing Captain America stylistically into present day: “For Captain America’s stealth suit, a lot of it came down to taking another suit from the comics—the super soldier suit—and just trying to make that into a reality. We don’t usually try to take too many liberties with the costume design, so when the comics present a more realistic take on a look, we just usually jump on that and make it a reality. The stealth suit is a little bit easier in terms of design because it’s not as brightly colored and it’s a little darker.”
Meinerding adds, “With a traditional Captain America suit you’re dealing with red white and blue and stars and stripes and it really becomes all about the midsection which makes it’s hard to draw your eyes anywhere else. With the stealth suit you have stripes and the star across the chest, which really makes him look broad and big without really having to work too hard at it.”

6) NOT A TOKEN BLACK GUY: FALCON

Sam Wilson (Anthony Mackie) is an ex-military paratrooper who works with veterans in Washington, D.C. Secretly trained by the military in aerial combat using a specially designed wing pack, Falcon becomes an indispensable ally when he teams up with Captain America and Black Widow.
He’s also got access to an interesting piece of tech developed in the wing pack suit for search and rescue and manned by paratroopers like Wilson. Falcon then becomes the only hero in this movie that can literally fly and provide air support/transport.
Mackie explains: “Basically Cap and Sam Wilson connect on the idea that they were both at war and came home, and have to deal with the ramifications of waking up every morning knowing that they lost a comrade in battle. Sam works at the VA. He counsels and helps soldiers who have come back from war, and he brings Cap into that so he can see that he’s not out there on his own. Sam can empathize with the idea of what he’s going through, so they become friends on that level. Sam admires him; he admires the legend; he admires the stories of Captain America. It’s his admiration for Cap that puts them in a position for friendship.”

Natasha Romanoff (Scarlett Johansson) aka The Black Widow, in the time since the last Avengers movie, has so far become Steve Rogers’ closest ally and likely BFF in S.H.I.E.L.D. She’s already helped him adjust to his new role as the All-American good boy face of Nick Fury’s group, and so far she’s also been helping him with the implicit lack of morality necessary to do good in the 21st century.
“[Natsha’s] morality is questionable and Cap’s a Boy Scout,” says Chris Evans “She makes her living by lying and Cap couldn’t do it if he tried. When they are at the point where they really can’t trust anyone, it becomes an interesting relationship because it involves trusting someone you don’t know that well.”
Or as Samuel L. Jackson, who plays S.H.I.E.L.D. Director Nick Fury, would put it: “Natasha does things that Steve Rogers won’t do. Natasha doesn’t ask questions; she just follows orders and there’s no line that she won’t cross for Nick Fury and S.H.I.E.L.D.”

4) WHO IS THE WINTER SOLDIER?

“The Winter Soldier is like a negative image of Captain America,” says screenwriter Stephen McFeely. “Steve Rogers was asleep for 70 years while the Winter Soldier was killing people for 70 years. One represents the government and the other has spent 70 years undermining governments, killing presidents and important political figures.”
Who is this Winter Soldier? Speculation abounds but solid intel stops at this point with clearance levels way beyond ours.

Nick Fury (Samuel L. Jackson) is a dyed in the wool patriot. He’s also the legendary director of the international peacekeeping organization, S.H.I.E.L.D. In this storyline, Fury’s back at headquarters in Washington, D.C. following the success of his special team, The Avengers, in repelling an alien invasion of New York City. Fury’s top secret Project Insight is now faced with a hidden enemy that threatens to put the world at risk.
“Nick Fury’s in a place in this movie where the head of any clandestine organization would find themselves—he has to deal with the security of the world by lying to people and doing things covertly in order to protect them,” explains co-director Joe Russo. “He says in the movie early on that he’s been motivated to do this because of New York and now he wants to pre-emptively protect the world; new threats are making themselves known and he feels like he needs new weapons to deal with them.”

2) MANEUVERS IN THE DARK: ALEXANDER PIERCE

The legendary Robert Redford in a superhero spy film? The directors really went all out on this one.
Alexander Pierce is the head of the World Security Council and Nick Fury’s mentor. He’s also a high-ranking S.H.I.E.L.D. agent who’s the purely politics side of the spectrum in the organization. Pierce is respected and politically connected, he’s the guy who interfaces with prominent world officials and convinces them of the world’s need for a group like S.H.I.EL.D.
Polished and well spoken, Pierce is the credible WASP, three-piece suited face who works on behalf of the spy organization who lets the more unsavory black ops by Fury and his agents continue unabated behind the scenes.
“As [Pierce] developed into something much bigger, we knew we would need an actor of significant heft to carry the part,” says co-director Joe Russo. “Being film buffs and guys who grew up on 70’s thrillers, there’s a great symmetry in approaching Robert Redford for this film. The roots of ‘Captain America: The Winter Soldier’ lie in ‘Three Days of the Condor.’ Cap goes on a similar journey as Redford’s character in that film and from a cultural standpoint we knew it would be incredibly exciting to see Redford in a comic book movie.”
Pierce keeps his cards close and virtually wrote the playbook on the double blind and the triple cross. What are his real motives? And what is politics, after all, but knowing when to pull the trigger? 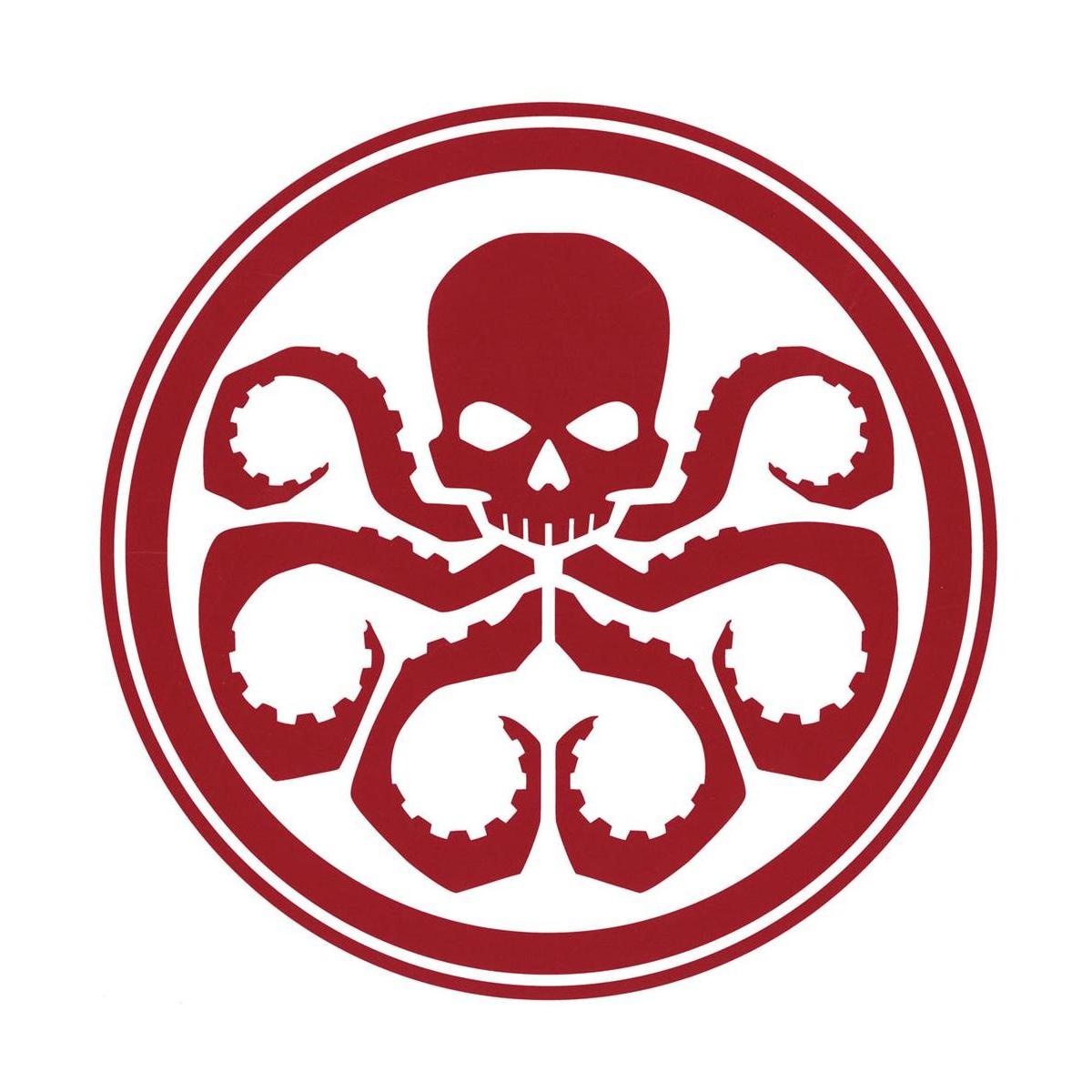 Hydra is a subversive organization dedicated to global domination. Unlike S.H.I.EL.D., the name’s not an acronym but a reference to how the organization's cells are structured, alluding to the ecology of the mythical Hydra monster: "if a head is cut off, two more will take its place." The man responsible for the creation of Hydra was Baron Wolfgang von Strucker, a Prussian aristocrat who served as wing commander of Nazi Germany’s infamous Death’s Head Squadron. Beyond that, not much is known about this shadowy force for terror, its missions, or its current operating modus.


"Captain America: The Winter Soldier" is now screening on IMAX 3D, Digital 3D, and 2D formats and is distributed by Walt Disney Studios Motion Pictures International.
Post your feels in the Comments Section!