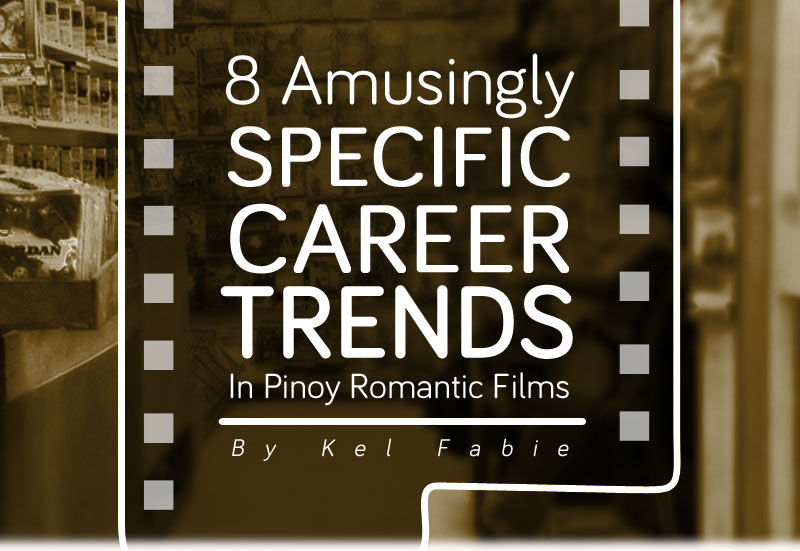 If you ever watch romantic Pinoy films, they really do come in all shapes and sizes. From the formulaic to the daringly cutting edge (well, as cutting edge as romantic flicks can go, obviously), everything from “Maging Sino Ka Man” to “One More Chance” all have their fair share of fans, and with good reason.
Nonetheless, have you ever noticed that there are only really so many kinds of jobs most of these lead characters can do, and the very job they have is integral to their character? Sure, sometimes, they would go with a timely job like, say, a call center agent (like Yeng Constantino in “Shift”) or a multilevel marketer (like in “Feng Shui” for Kris Aquino, albeit that wasn’t a romance film) for the sake of being current, but for the most part, that isn’t the case.
Still, others try to use a job that simply doesn’t work, like a taxi driver (Richard Gutierrez as a taxi driver in “My Valentine Girls?” Are you kidding me?!), a veterinarian (Hello, Richard Gutierrez in “Mano Po 5.” We meet again.), or a janitor (Oh, hi, most-unconvincing-janitor-ever Richard Gutierrez in “Let the Love Begin!”). Or maybe it’s really just because Richard Gutierrez is playing all those roles, and it’s not the jobs to blame for our inability to suspend our disbelief.
Here are 8 jobs Filipino romance films go to a lot, and what writers hope to say about the characters through those jobs... 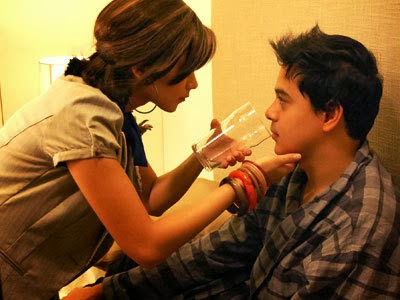 Shorthand For: John Lloyd Cruz. Also, a rich underachiever with a Napoleon complex.
Examples: Architect JD Torres (John Lloyd Cruz), The Mistress. Miggy Montenegro (John Lloyd Cruz), A Very Special Love, You Changed My Life, It Takes a Man and a Woman.
If you wanted to produce built-in tension between a character and his parents, make him the son of the owners of the company he is working in, or the heir to a huge company he’s supposed to inherit. This is the easiest way to bring about a character arc that establishes your lead as his own man, despite all the advantages handed his way for being born with a silver spoon in his mouth. This makes it all the more eyeroll-inducing when he starts moaning how hard his life is.
If I tried to list down all the key examples of this dynamic from the Sharon/Vilma/Nora era, it would probably fill out five lists or so on its own. The heir/heiress character has been played to the hilt so much that only a decade or so layoff helped it become interesting again. 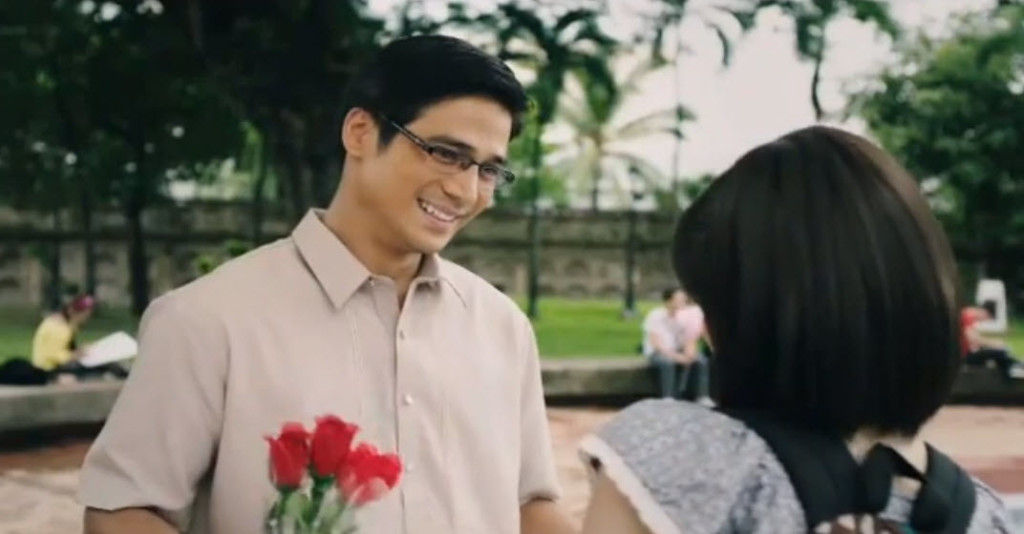 Shorthand For: Straight-laced and square.
Examples: Nico Borromeo (Sam Milby), Babe I Love You. Marco Villanueva III (Piolo Pascual), Starting Over Again. Elise Romasanta (Donita Rose), 9 Mornings.
If you want to establish someone’s character as someone who plays by the rules but still somehow relatable (This rules out making him or her a military officer.), make that character a teacher. It usually works very well to establish a dynamic and built-in tension when the opposite lead is anything but an equally square character, like a promodizer (Anne Curtis) in Babe I Love You; or a wacky architectural student (Toni Gonzaga) in Starting Over Again; or a jaded, hedonistic events organizer (Piolo Pascual) in 9 Mornings. 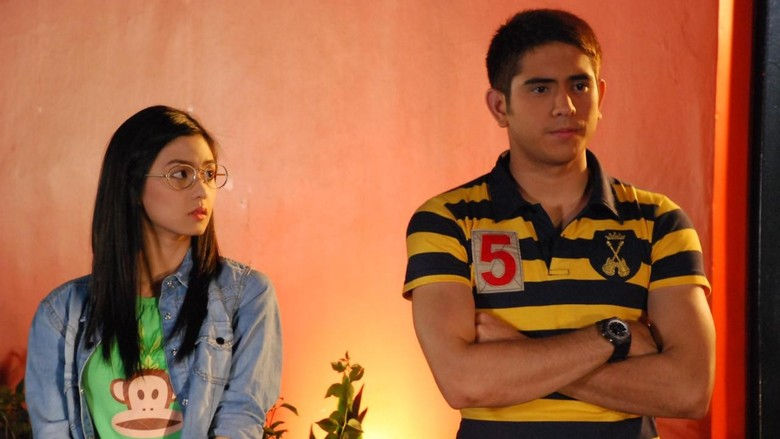 Shorthand For: Manly and passionate.
Examples: William Martinez, Jack En Poy: Hale-Hale Hoy! Bogs Marasigan (Gerald Anderson), Paano Na Kaya? Brando (Zanjoe Marudo), Bromance: My Brother’s Romance.
Your male lead has to not only be male, but so manly, other men grow beards just by being within five feet of them. He needs to have a pair that he needs to carry around in a wheelbarrow. Well, no job is more appropriate for this man’s man than an auto mechanic. Considering that in two of the three examples, the mechanic has to play off of a gay character (Roderick Paulate in Jack En Poy and Zanjoe Marudo’s Brandy in Bromance.), and you can see why they picked an auto mechanic for contrast.
They’re also typically very passionate types, because we all know that the one thing “real men” love more than women would be cars. 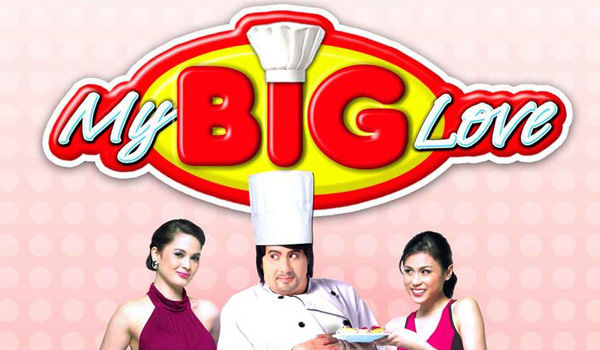 Shorthand For: Passionate or affectionate, but unstable.
Examples: Marco Villanueva III (Piolo Pascual), Starting Over Again. Nick (Eric Quizon), Pusong Mamon. Macky (Sam Milby), My Big Love. Anton (Derek Ramsay), A Secret Affair.
How do you show passion in a character by his job? Why, you make him a chef, because the way to a man’s heart is his stomach. But chefs are rarely perfect, and they’re normally unstable in their own ways: Marco is unstable because he can’t keep a restaurant open; Nick is a jealous boyfriend to Ron; Macky is scary overweight; and Anton can’t act without his shirt off. Also, half of these men have fidelity issues.
By the way, if Derek played a chef already, does this mean he’s related to Gordon?

Shorthand For: A poor woman with a heart of gold. If it can happen to them, it can happen to anyone.
Examples: Jema (Sharon Cuneta), Pati Ba Pintig Ng Puso? Pilar (Maricel Soriano), Pepe En Pilar. Cecille (Judy Ann Santos), Paano Ang Puso Ko?
A wish fulfillment standby, the Cinderella story with a modern twist has always been a favorite in the Philippines, if Maya and Sir Chief are any indication. While happy endings between love affairs involving the household help and their employer rarely happen in real life, this plot is trotted out enough in film and television. It ends up onscreen often enough to make you think that any given high school reunion has a guy with a tale to share about how they left their mestiza girlfriend for Inday, sacrificing the family fortune they were supposed to regain once he married the woman his own mother chose for him.
And because a love story like this makes me squirm more than it makes me swoon, I would like to give some free legal advice to all the kasambahays out there that your employer is legally liable for sexual harassment if he tried any of the stunts in these movies on you. Not all bosses will look anything like Sir Chief, after all. 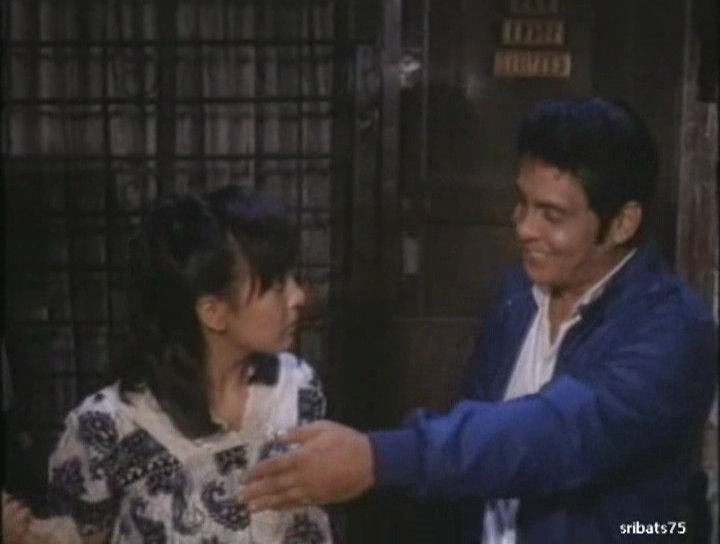 Shorthand For: Rich and with a lot of free time on their hands. Also, Sharon Cuneta.
Examples: Georgia (Sharon Cuneta), Kahit Konting Pagtingin. Raffy (Sharon Cuneta), To Love Again. Kristine (Sharon Cuneta), P.S. I Love You. Isabel (Mikee Cojuangco), Forever.
I wasn’t sure if I was going to include Albert Martinez and Alfie Anido, who both played hacienderos in the 1981 version of “Katorse,” but I decided to go with just the female hacienda-owning people, instead. You will notice that these characters are often played by women who look rich at one glance, and plays in stark contrast to the kasambahay archetype by making the haciendera be the one to fall in love with someone who is below her social class. Nonetheless, this character seems to be all but gone in the last two decades, seeing how hard it is to relate to real-life hacienderas.
It’s a bit impressive to note that Sharon Cuneta has managed to play both a kasambahay and a bunch of hacienderas pretty convincingly in her career, though. 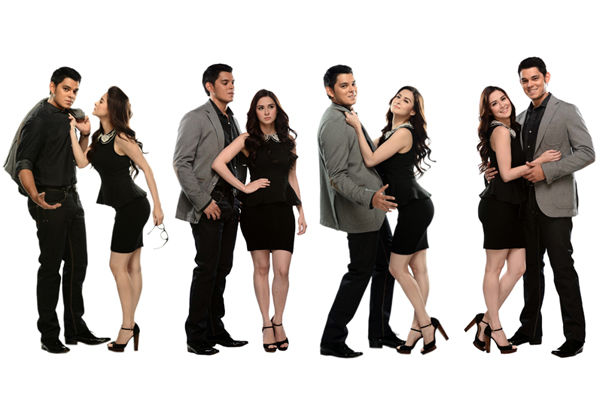 Shorthand For: Quirky and weird. If not, middle-class and Aga Muhlach.
Examples: Zach Strella (Richard Gutierrez), My Lady Boss. Patty Escalona (Kim Chiu), 24/7 In Love. Ron (Albert Martinez), Pusong Mamon. Popoy (Aga Muhlach), Narinig Mo na ba ang L8est? Jimmy (Aga Muhlach), Sana Maulit Muli.
You want an easy way to make someone quirky and weird and get away with it? Well, unless your name is Richard Gutierrez, surely you will want to get your feet wet in being an advertising executive, to show off your range as an artist. As a midrange job, it also works to show off that you’re a middle class person who struggles just enough to make a proper living. All the hustle and bustle of show business without the glitz, glamor, and money of it. 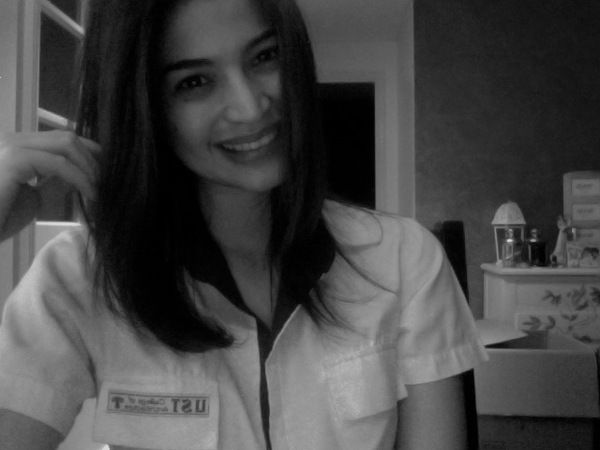 Shorthand For: Creative and artistic, but not a starving artist.
Examples: Basha Eugenio (Bea Alonzo) and Mark Yaneza (Derek Ramsay, although he's not really in a lead role here), One More Chance. JD Torres (John Lloyd Cruz), The Mistress. Ginny Gonzales (Toni Gonzaga), Starting Over Again. Elizabeth Pedroza (Anne Curtis) was an architecture student, Who’s That Girl? Nico Borromeo (Sam Milby) was a history of architecture professor, Babe I Love You.
This shouldn’t be surprising because architects are used in films and television all the time for this very purpose, even in Hollywood. The idea is that because our only concept of architects when we’re not one is that’s the guy who builds houses and buildings, then they are, by default artistic people. However, unlike a musician or a painter, architects supposedly make good money, so the writers get to have their cake and eat it, too: they have someone who’s all right-brain, but not out on the streets, begging for money to support their crack habit.
(Bonus Trivia: Apparently, Toni Gonzaga's architect character in "Starting Over Again" was named after a former colleague of mine, Ginny Gonzales, because she's friends with one of the writers. Ginny, by the way, was a teacher - also a common job on this list.)
The architect is practically the haciendero of the 2000’s: a well-off guy with what appears to be a job that leaves him with a lot of free time in his hands to date around.
I’m sure real-life architects might have something to say about that perception - but that’s another list for a different day.
Special thanks to Janus Dosequis Harvey and Jek David for the extra research needed to round out this list!
What do you think about the professions in Pinoy romance films? Did we miss any? Share your thoughts in the Comments Section.