As mainly a console gamer since the Family Computer days, I’ve always had a soft spot for gaming at home. Sure, I did the arcade thing, and maybe even a bit of PC gaming, but there was always nothing like going home, firing up your Super Famicom, blowing on your Secret Of Evermore cartridge, then going to town.
Over the years, I’ve amassed a minor collection of various game consoles (including a few portable ones), and played on others owned by friends. At present, I still own an XBox 360, a PS3, and a PS Vita. Here are 8 other consoles that I’ve gone through, and I hope this trip down memory lane means as much to you guys reading this as they do to me. 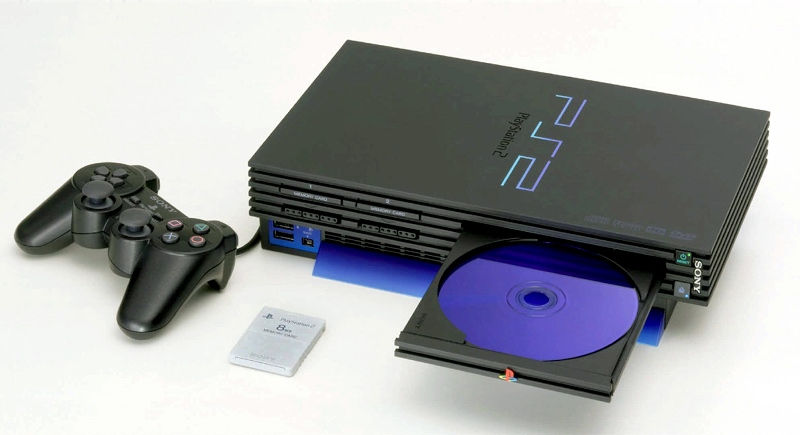 I know, I know. This is sacrilege to have the venerated PS2, the best-selling console of all time,ranked this low. My only excuse is that I simply didn’t have my own console during the PS2’s heyday, which is why I love HD editions of the likes of “Shadow of the Colossus” and “Metal Gear Solid 3.” Nonetheless, the PS2 was home to some of the best titles in all of gaming, and not a few households would still have one around, despite the world already being firmly in the PS4 era. Most of my time playing this console was via renting one in Game Stuff Starmall, although I don’t know if that branch still exists to this day.
Fondest Memory: Anyone who played Smackdown: Here Comes The Pain, back me up on this. Was it not the most satisfying feeling ever to reverse a finisher in the game only to come back with your own afterwards? The reversal system for WWE Smackdown: HCTP was probably the tightest one the franchise ever had, which is why it bewilders me that the sequels never seem to have gotten the memo.
Worst Memory: Did you ever like “The Matrix?” Well, I did, and I was looking forward to playing “Enter the Matrix” so bad when I heard it was coming out. Lo and behold, I was tempted to ask for my rental money back after playing the game for an hour. I was never more disappointed - until I saw “The Matrix: Reloaded.” 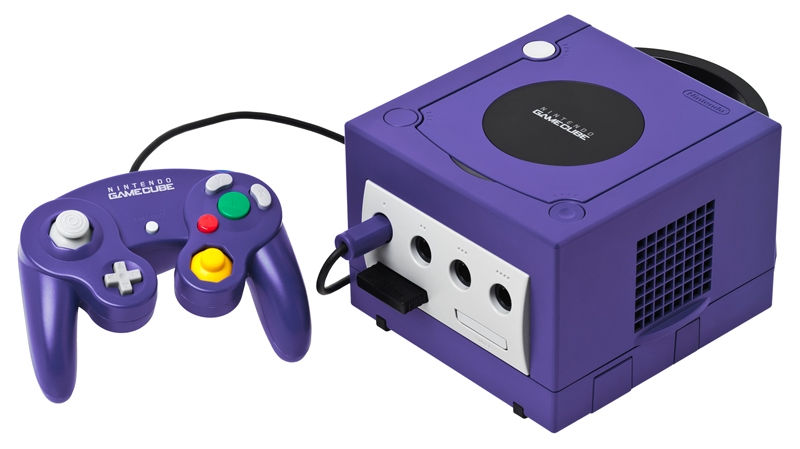 I completely passed over the Nintendo 64, because I genuinely feel like I outgrew Mario, although we share an inexplicable love for mushrooms to this very day. Nonetheless, the Gamecube still had some great games to its name, especially if you liked Mario and Zelda. I liked them, but not in their own franchises, though, because…
Fondest Memory: The only game I ever played on the Gamecube was “Super Smash Brothers Melee.” To me, nothing was more entertaining than eating Bowser while using Kirby. Nothing.
Worst Memory: I don’t think I ever beat anyone in Melee. :( 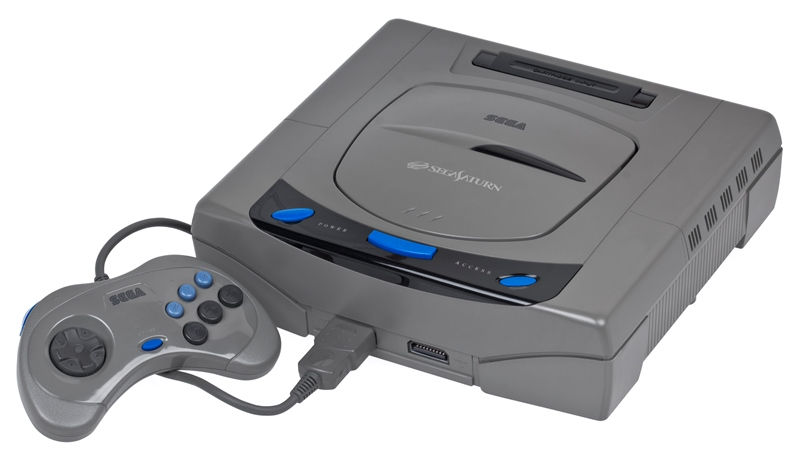 I got into the Sega Saturn mainly because Video Wred, the place I used to play videogames in during my high school days, had “X-Men: Children of the Atom” on the Saturn. I would rent there all the time, while Wred, the proprietor of Video Wred (duh), insulted all of us for being mouth-breathing nerds. But he was enabling us, man!
Fondest Memory: When I got into a fistfight in school, then immediately afterwards was playing X-Men in Video Wred. The next day, teachers were investigating who were involved in the fight, and all the people I were playing with that day, and even Wred himself, provided me my alibi. Thanks, Sega Saturn!
Worst Memory: Playing the godawful “Street Fighter: The Movie” video game. I honestly felt it was even worse than the arcade version simply because it didn’t have the crazy broken combos you could do in the arcade; instead, you were playing a really bad-looking version of “Super Street Fighter II; Turbo.” And no, I had little to no patience with the Panasonic 3DO (and its lousy controller) at the time to play the real thing. 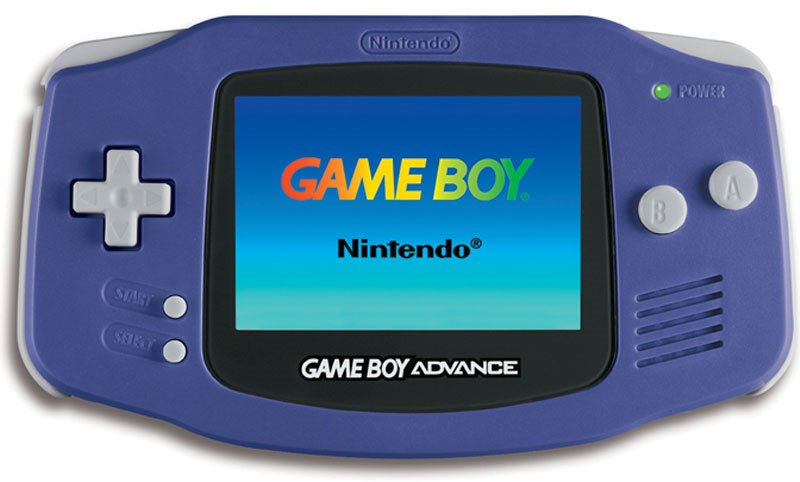 Ahhh, portable gaming. Nowadays, we enjoy portable gaming on our phones and tablets, but back in the day, you needed to buy a steady supply of AA or AAA batteries to get your gaming fix. I’ve owned a Gameboy Pocket and a Gameboy Color, but I really liked the Gameboy Advance a lot more than any of those, because it felt just like holding a controller with a display screen in the middle.
Fondest Memory: Where do I begin? Would it be over the excellent “Fire Pro Wrestling” games that never saved your progress because allcopies in the Philippines just suck (You have no idea how many times I had mine replaced.)? Or would it be how broken my custom characters in “Street Fighter Alpha 3” were? How about the hours I spent breeding the best Phoenix ever in “Monster Rancher Advance?”
Worst Memory: “Final Fantasy Tactics-Advance” reminded me why I hated the Final Fantasy series for the most part. The Playstation “Final Fantasy Tactics” was my only prior exposure to the franchise, so the disappointing FFT-A kept me far away from any FF games until “Dissidia” came along to the PSP.

Who didn’t love the Super NES in my generation? When Nintendo simply had zero competition in the console arms race, the SNES picked up where the NES left off and blessed us with great classics like “Legend of Zelda: a Link to the Past” and “NBA Jam: Tournament Edition.” And for the cheapskates out there, you could even copy games onto floppy diskettes (remember when that was a thing?) using the Super UFO attachment. 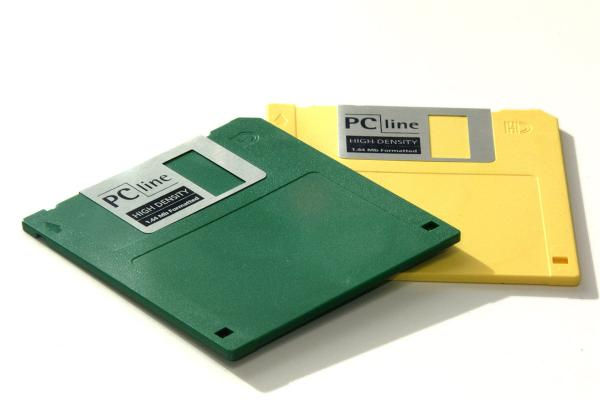 a 3D rendering of the “save” icon, according to kids.

Fondest Memory: It must have been when I finally beat Agahnim, the first major boss in Zelda. That was a tough battle.
Worst Memory: When my brother traded in my copy of “Super Street Fighter II” for some cards (I forget if they were Magic: The Gathering or merely trading cards). This was especially upsetting because the game was not mine. I just borrowed it from a classmate. Also, we only had one controller for most of our SNES days, so we couldn’t even play NBA Jam or Street Fighter against each other. We all had to take turns instead.

Ahhh, yes. The first time I saw what a PlayStation can do, I realized that playing video games at home was never going to be the same again. Most of the pirates over at Greenhills took one look at the fact that the games ran on a CD instead of a cartridge and promptly agreed with me.
Fondest Memory: My first exposure to the newfangled stuff the PS1 could do was via the now-obscure fighting game “Battle Arena Toshinden,” where I saw that the 3D graphics you saw them utilize wasn’t just for show, as it seemed with Virtua Fighter at the time, but actually integral to the game. Sidestepping and moving around the arena utilizing all three dimensions was paramount, and anything Tekken has now, a lot of it is owed to the foundations laid by Toshinden. I could also tell you about my fondest memories involving Suikoden 1 and 2, but that would require a whole article to itself, so let’s keep it to Toshinden.
Worst Memory: Every single time one of my monsters died in “Monster Rancher.” It was almost like I lost a pet! 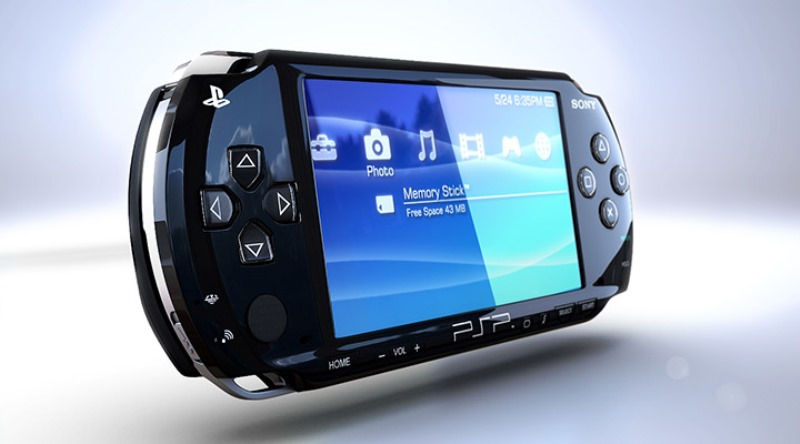 Perhaps the console that I spent the most time on ever, only the time I spent in arcades could even come close to how much gaming I put into my PSP. With a very slick design and an astounding library of games, the PSP was definitely the portable console to beat, even if the DS people will insist otherwise.
Fondest Memory: The 500 hours or so I spent on the “Monster Hunter” series! Anyone else? Just me? Okay, then. Failing that, maybe the time I developed the “Infinite Turn” deck for “Metal Gear: Acid 2,” which promptly broke the game for everyone else.
Worst Memory: When I took my PSP for repairs because one of the buttons was malfunctioning, the guy testing my unit tested the buttons on Valkyria Chronicles II. He promptly overwrote my original save, forcing me to start from scratch. 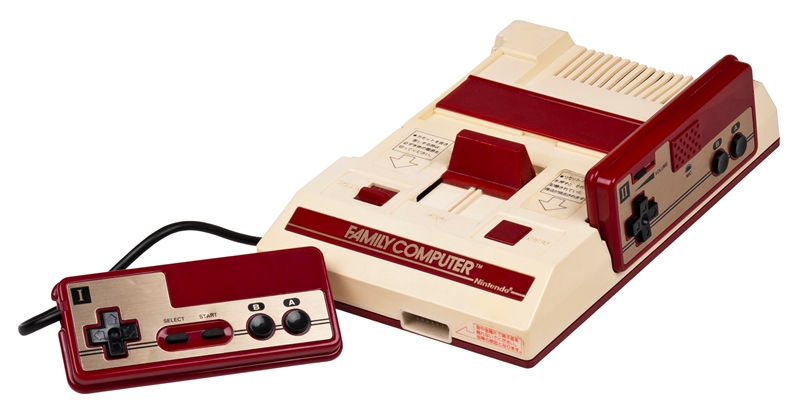 This is the grand daddy of ‘em all. After the collapse of the gaming industry in the ‘80s, it took the Family Computer, aka the NES, to bring gaming back to top form, and it has never looked back ever since. Most of those “TV games” that contains “500 games in 1” you can buy now that have a few games that use a crude form of motion detection akin to the Nintendo Wii? They not-so-secretly run on a Family Computer. That only means that even to this very day, people still develop games on the platform, even if nobody’s been making any actual Family Computers for the past 11 years.
Mega Man? Duck Hunt? Yie Ar Kung Fu? It all began here. I even had the rare opportunity to play “Wrestlemania Challenge” on the Family Computer because my childhood friend had an adapter that allowed original NES cartridges to fit into the Family Computer! My fond memories from this console are legion.
Fondest Memory: Up up down down left right left right B A Select Start. Need I say more?
Worst Memory: Probably the sheer frustration over how difficult it was to beat the higher levels in “Mike Tyson’s Punch-Out.” I had to resort to playing it on a PC with save state, and saving the game each time I landed a punch on Tyson. This was also how I finished the infamous Battletoads Race Level.