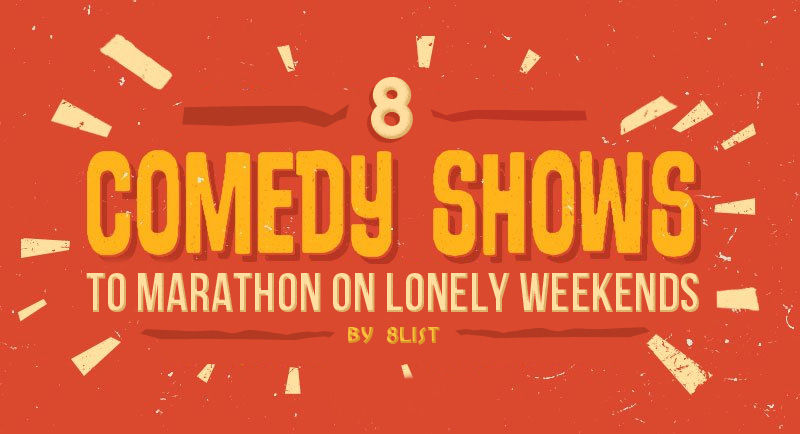 There comes a time in a man's (or a woman's) life where you find yourself home with nothing to do and no one to see on weekends. This time in one's life should not be deemed depressing. It's not. It's a great time to create stuff--to write, if that's your thing, or to paint, play an instrument. And best of all, it's the best time to just laze around and be sabaw and not get judged for it. (You can even watch full episodes of some of them on Youtube.)
Here are 8 great shows for those weekends.

Think about it as a wild dream version of "Parks and Recreation." The animation's reminiscent of the cartoons you loved before you turned into the adult that you are now, like "Recess" and "Daria." And like those shows, "Brickleberry" celebrates (or at least tolerates) awkward and not-always-fortunate people like us.

We don't know what's up with animated shows and parks. "The Regular Show" features a menagerie of characters (from a blue jay named Mordecai, to a lollipop-shaped man named Pops) who go through experiences one can only describe as absurd (or absurdly-fun-I'm-dying-from-envy). What we love about this show is that it was meant for us (older/too-old-to-be millennials) with the references and all. Just check out that video.

What happens when Sean Connery-era Agent 007 makes a baby with "Naked Gun" in Australia? This. This is what happens.

If you think your job is boring, or that your weekend is a popcorn-y, soda-bloated mess, you should watch Roy, Moss and Jen go through their basement IT jobs. It doesn't get as bleak (and funny) as this.
Also: Chris O'Dowd and Richard Ayoade in one place!

What's it like working for a spy agency? Probably not like this. The motley crew of Isis led by alcoholic veteran spy Malory Duchess Archer (Jessica Walter) and his son Sterling Malory Archer (Jon H. Benjamin) isn't really your garden variety group of spies. But that's what makes "Archer" an interesting show. It's like a telenovela wrapped in vintage (or period-confused) hipster wrapper.
When you start with "Archer," make sure you watch the episodes and seasons in sequence because there's actual continuity, however strange and unnecessary. But it's worth your time (what are you up to, anyway). We promise.

"Bob's" is as great as family sitcoms come. It's about the Belcher family, owner of the joint Bob's Burgers, and how they try their best to make ends meet.
You have Bob, who could be a poster boy for boring yet loving dads from around the world; Linda, the mom who just wants living to be a fun experience for everyone; Tina, their horse and zombie-obsessed pubescent, intensely hormonal daughter; Gene, a weirdly confident middle-child (and only son); and Louise, the youngest daughter who lives for (mostly harmless) conflict and mishap.
They make you feel like your family is just as strange (or as normal) as everyone else's.

Andy Samberg brought all the fun of SNL shorts with him when he moved on to the new series "Brooklyn Nine Nine." The show takes cop shows like "NCIS" and "CSI" into a more human but not less intelligent level without the minimum of one body count/episode.

You're missing out if you haven't seen a single episode of "Workaholics." You should've heard of this beautifully crafted, quote-worthy show by now. They've just concluded they're fourth majestic season.
It's about three single guys who live, work and do pretty much everything together, making the most out of their lonely, dorky lives.
What are your favorite lonely weekend shows? Post links to the trailers in the Comments Section.