If there is one important issue that has crept up on all of us in the middle of this Vhong-Deniece brouhaha, it would be the unmistakable double standard that has been put on display by most of the commentary from social media: regardless of the veracity of her claims, Deniece is a "slut," while Vhong Navarro is the "victim." 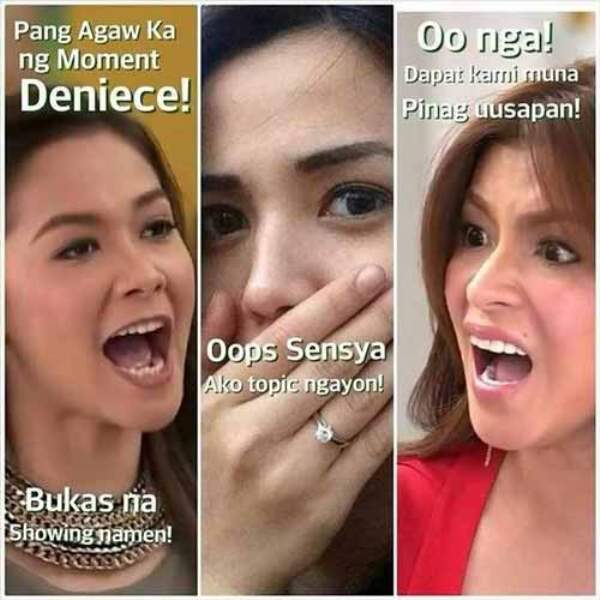 Quite frankly, the issue of misogyny in the Philippines is so deep-seated that it takes a massive amount of self-awareness and willingness to check one’s privilege at the door before an actual, sensible discussion can begin, or else, horrible misreadings like this one become par for the course.
The first step is to learn to put one’s self in the shoes of the Other: if one were to do this genuinely, then a more sober dialogue could take place. That covers any kind of discussion involving a marginalized sector of society: be it because of gender, creed, economic status, or even race.
In the Philippines, the debates revolving around equality issues engendered by this controversy are far less fruitful, because:


8 "Privilege" is such a foreign concept to us

What does it mean for someone to be "privileged?" In reality, it simply means that one person has advantages over the other, whether known by any of the parties involved or otherwise.
In practice, the word is often associated with rich and powerful people, when, all other things being equal, a straight Filipino man will enjoy inherent, systemic advantages over a gay Filipino man.
As citizens of a developing nation, we find it hard to see ourselves having any "privileges" of any kind, yet it should make itself clear in office chatter. If a man gets promoted very quickly, at worst, he is accused of sucking up to the boss. If a woman gets promoted very quickly, at the least, she is accused of su… I don’t need to finish that sentence.
This also explains why in the RH Law debates, an overwhelming majority of the vocal parties against it are male: they don’t have to personally deal with carrying a child to term, so they don’t fully grasp the risks they expect women to take when denied proper reproductive health resources. A glaring amount of women who are against the RH Bill, on the other hand, are economically privileged enough to not be denied these proper reproductive health resources.

To the machismo-filled Filipino, the worst insult you could level against him is to question his manhood. Because heaven forbid that a man be expected to act in any way that isn’t manly at all. Meanwhile, a woman is "womanly" if she never puts out until her wedding night. Men are from Mars, women are from Venus: this is how we've been brought up by society, and it's very hard to shake off.
And you know the mind-numbingly stupid analogy people use to justify this? "A key that opens any lock is a valuable key, but a lock that opens for any key is a worthless lock." Welcome to slut-shaming 101.


6 We get defensive about it

When an article claims that "the bashing Deniece got bares how Pinoys really think about women," how many indignantly replied with, "hey, I didn’t bash her like that?!?"
We fail to understand that even the least misogynistic person, heck, even a feminist himself or herself, can fall to misogynistic behavior from time to time, and it feels like such an affront to be labeled as a "misogynist," because aside from Jughead Jones, the only person who comes to mind when we use the word "misogynist" is Chris Brown. Instead of simply taking it as an argument or a piece that simply doesn’t apply to us, we feel the need to call it out and take it personally as if we were directly named by the article in question.
In trying to say not everyone is like that, we completely derail—a classic silencing tactic—the discussion by making it about us: how offended we are of being accused of misogyny, how offended we are to be lumped in the same class as Chris Brown. Yet at no point do we come to terms with the fact that there are people who really exist and hold these misogynistic opinions, even if we may not think we are one of them. So now, instead of discussing the issue at hand, the focus becomes our own issues, as we hijack the discussion to become about our favorite topic instead--ourselves.


5 We are wary of the word "feminist"

Because a majority of our exposure to feminists in mass media is of the straw feminist variety, in a country with as high a gender equality ratio as the Philippines, we might feel that there is no need for feminism in this country anymore. But we would be wrong.
The thing with inequality is that where it still exists, the people who enjoy the benefits of such an inequality will fight back to maintain their advantage. As we become more egalitarian, these desperate scrambles tend to become more and more subtle, to the point that some of us might find it petty in contrast to, say, a Middle Eastern country that would stone a woman to death because she was raped.
"What more could you ask for?" cry the people who don’t get what the feminist’s problem is. "Everything else men and women should both have but don’t because of arbitrary gender biases," the feminists reply. And this cuts both ways: not every mother is capable of raising their child, yet in an overwhelming amount of custody battles, guess who wins, even if the father might actually be more qualified? Feminism is a fight for equality, not a drive for female superiority.


4 We have an undiagnosed case of rape culture

Look back to nearly all rape cases in recent memory that don’t involve kids. How many random commenters have suggested that the victim is to blame for the rape because of how she acted, or what she wore, or the fact that she got intoxicated? It doesn’t even matter if the person accused of rape were actually guilty: somehow, we have to put the onus on preventing rape on the woman because otherwise, she was probably "asking for it."
The fact that some people even mistakenly joke that only women who are "too ugly to be raped" are the ones pointing out this discrepancy only further proves the point: rape culture is alive and well, and we can’t even begin to imagine how to address a problem nearly everyone fails to recognize. 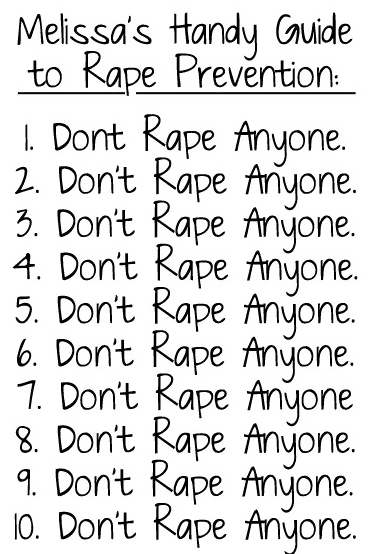 3 Sexual slurs are gendered as hell

Ever noticed that we have to affix the word "man-" to a guy who happens to be a slut, whore, or bitch? This goes even for the vernacular, with examples I would rather not give for the sake of decency.
When people bash Senator Nancy Binay, the opinion that she’s allegedly "unf*ckable" plays a not-insignificant part in it. When people bash her dad, Vice President Jejomar Binay, guess what? That extra little detail, despite having the same skin color and features, magically disappears in the discussion.
Or let’s put it this way. People hate both Cedric Lee and Deniece Cornejo at the moment, right? So why does Deniece get sexual slurs thrown at her while Cedric Lee doesn’t? I’ll tell you why: because misogyny.


2 We turn it into oppression olympics

It’s easy to be flippant about misogyny because most of it boils down to words, and words should never hurt us, right? Wrong.
Just because women don’t get beheaded here for not wearing a burqa doesn’t mean there isn’t a problem. And given that we clearly cannot avoid the onslaught of Vhong-Deniece articles everywhere, the least we can do is make lemonade out of lemons and use it as an opportunity to bring to light an unsettling issue that many of us are too privileged to even realize exists.
You hear many hack comedians talk about how men also have it bad in the comments sections of these stories. What they fail to realize is that whether or not their claim is true, the article in question is not about them, and yet again, they are hijacking the discussion to make it about them. Not everything put up there has to be relevant to your interests or written to your personal liking.


1 Ultimately, Vhong and Deniece are NOT the focus of these discussions

The Vhong and Deniece situation may have engendered conversations about misogyny and sexism, but to say that they are, or should be the focus of the discussion is rather myopic. They merely stand as an example, and in being a specific example, they carry their own baggage which may or may not be relevant to the issue of gender.
For instance, Vhong cheated on his girlfriend, but because he now has a hamburger patty in place of a schnitzel, we feel sorry for him, and completely forget that he still cheated on his girlfriend. Because Deniece Cornejo didn’t cry and act all distraught in front of the camera when she was initially interviewed about it, we assume before any evidence that she was a liar, as if tears are a requirement for rape.
But we didn’t even stop at calling her a liar, do we? We’ve called her "malandi, makati, kaladkarin," and a host of other things that have nothing to do with whether or not her accusations are true, while these very same words, while also applicable to Vhong, were not hurled in his direction. And because of our disproportionate and overblown fear of false rape accusations, we err on the side of the potential rapists instead of the potential victims, even if their name is not Deniece Cornejo.

Quite frankly, I don’t care much for the Vhong-Deniece issue. It’s unfortunate, but it doesn’t concern me. What does concern me, though is that for the longest time, we as a nation have been oblivious to problems of equality in gender or race just because we don’t have it that bad.
True, it could be worse for us. But why can’t we just make it better?
Discuss these matters in the Comments Section.