8 Herbs and Spices You Should Always Have in Your Kitchen 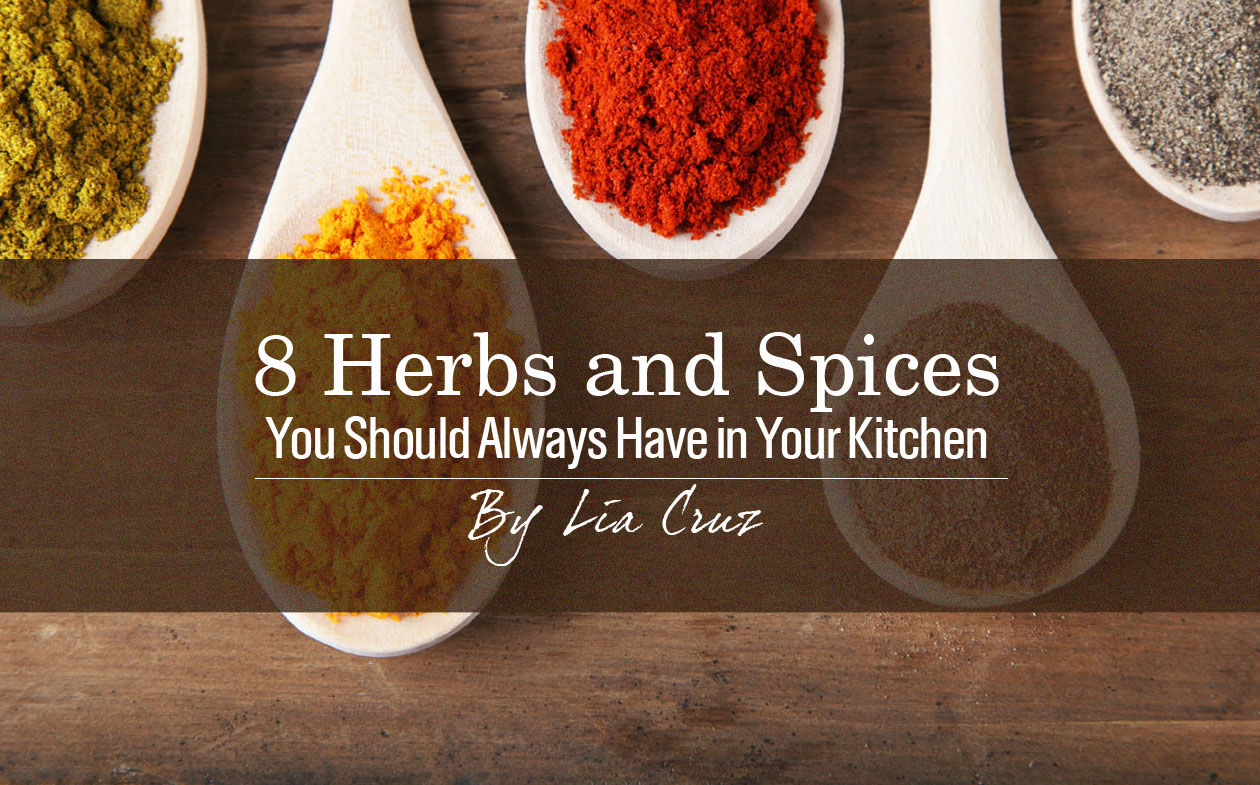 Many a foodie keep a good stock of herbs and spices, to add a little oomph to any dish, but it’s not just the resulting tanginess on your tongue that should keep these flavor-ablers in your kitchen. They’re not just for seasoning.

Herbs and spices have a long history of being used the world over in treating illnesses, alleviating pain, and improving general health, many being used in ancient cultures. In today’s world of modern Western medicine, though, we tend to see them more as culinary add-ons, and few know of the many health benefits these offer.

Here is our list of eight herbs and spices that we can easily find on the shelves of our local supermarkets, and all the good stuff each can do for you. Flavor your food, and simultaneously, reap the many health benefits! 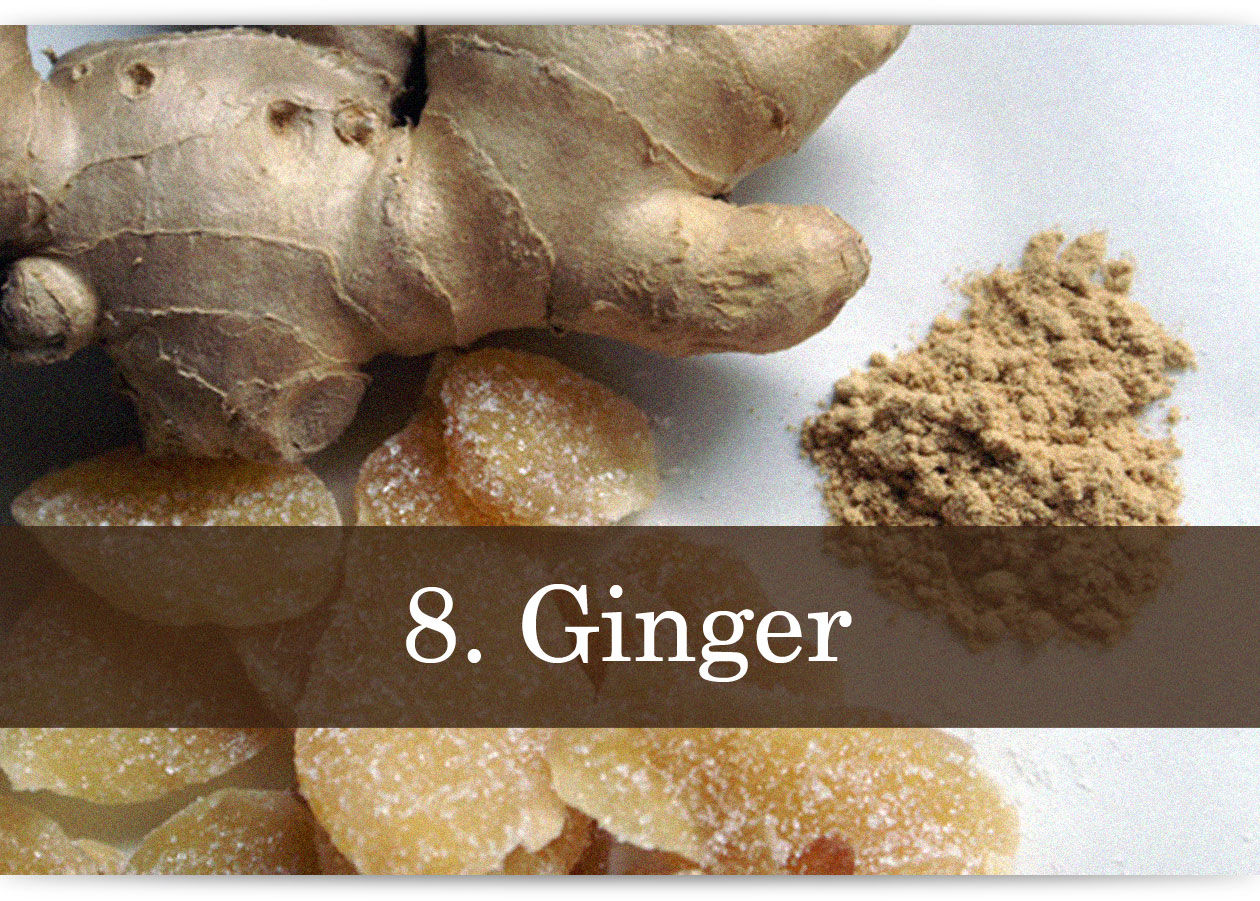 Mentioned in ancient Chinese, Indian and Middle Eastern writings, ginger is magic for digestive or respiratory problems, and is used to treat arthritis, migraines, asthma, heart disease, heartburn, nausea and may also inhibit the growth of cancer cells because of its main active component, gingerols. Ginger has antioxidant, anti-inflammatory, antiviral and antibacterial properties.

It has a long tradition of being used to treat gastrointestinal diseases and motion sickness, and boosts your immune system, even being imported by the ancient Romans from China almost two thousand years ago.

This spice can be used both fresh or as a dry powder. Try it in tea form (native salabat) when you have gas, indigestion, nausea, or to clear phlegm when you have a cold, cough or a sore throat, or grate fresh ginger into your dishes or even into your smoothies! 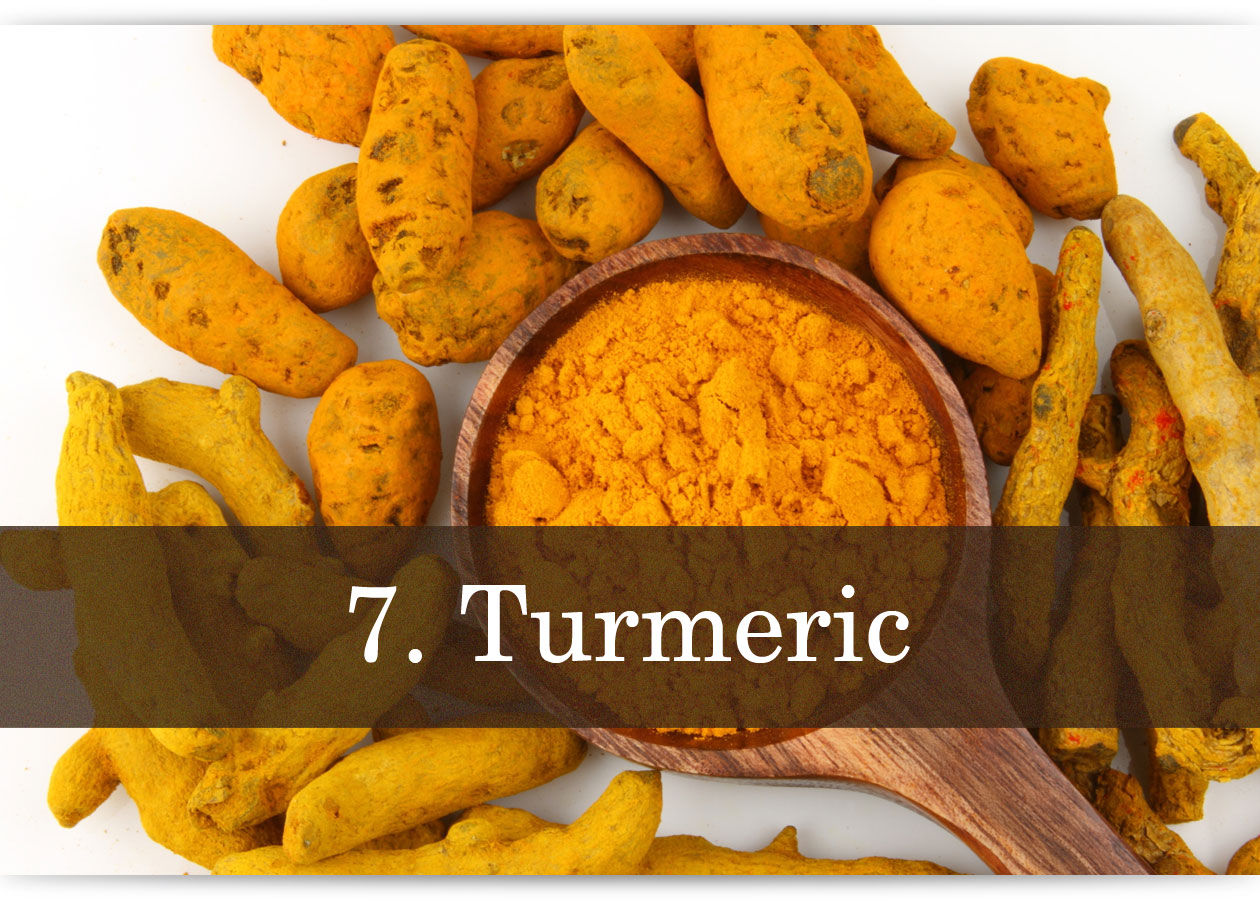 Turmeric is native to southern India and Indonesia, having been harvested for more than 5,000 years, and is now widely used all throughout Asia. If you’re fond of Indian food, you may be familiar with its yellow tinge.

The list of health benefits from this spice seems to be never-ending. It’s an extremely effective anti-inflammatory, which means it can be used as a pain reliever, and is rich in antioxidants as well, thanks to its active compounds, curcumin and curcuminoids. Because of its anti-inflammatory properties, numerous studies have shown it to be effective in treating cancer, cataracts and Alzheimer’s. It also boosts the immune system, supports the digestive system, liver, heart, blood, joints and the nervous system. Other illnesses and conditions turmeric has been shown to combat include allergies, arthritis, colitis, dyslipidemia, eczema, gout, gum disease, macular degeneration, psoriasis and high blood pressure. It’s an excellent source of iron and manganese, and a good source of Vitamin B6, dietary fiber and potassium as well.

Turmeric can be used to spice and flavor a variety of dishes, or mixed in with milk and honey, or as a hot tea. 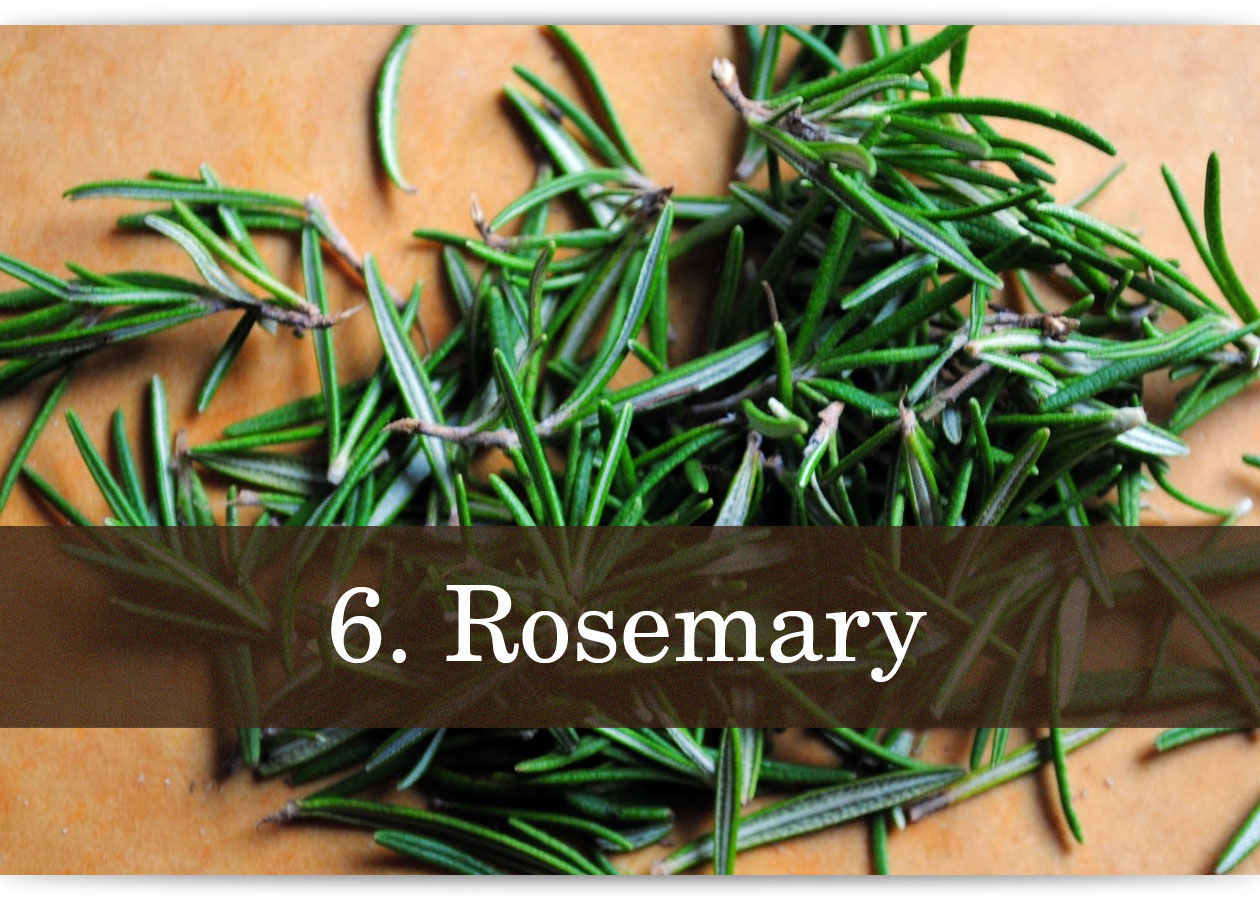 It is said that the ancient Greek physician Hippocrates, the “Father of Medicine,” prescribed rosemary to “cleanse the liver.” Today, aside from protecting the liver, the fragrant herb is found to be an effective cancer cell killer, decreasing carcinogens in meat when cooked together with it at high temperatures, and has been found to actually prevent the spread of breast cancer cells. 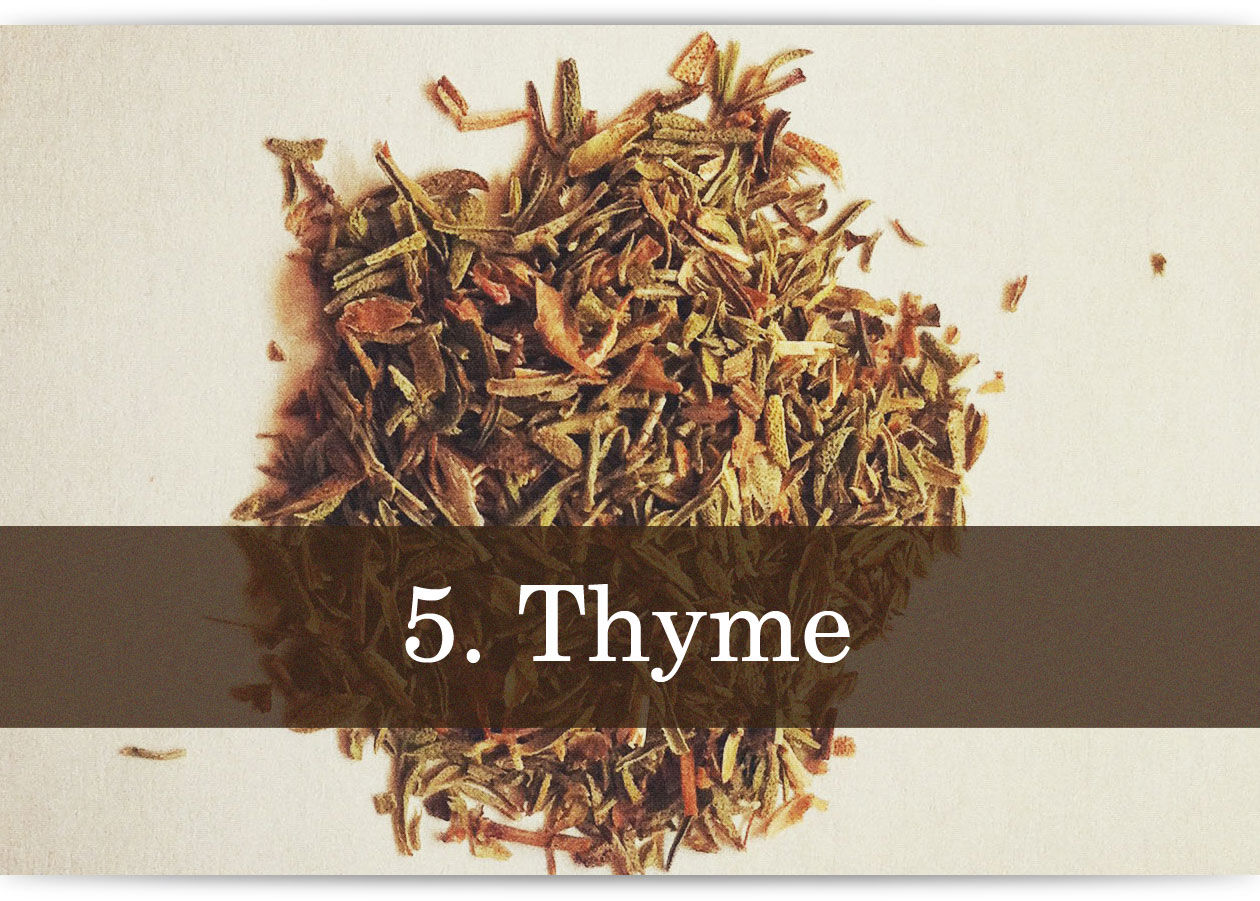 Back in ancient Egypt, thyme was used as an embalming agent to preserve dead pharaohs. In ancient Greece, it was burned as incense in sacred temples, and its sprig was a symbol of courage, which carried into medieval times.

Thyme contains volatile oils that protect and increase the healthy fat in our cells. It is also an antioxidant that slows down the aging process, is antiseptic and antibacterial, and is an excellent source of iron, manganese and calcium. Thyme has also long been used to relieve respiratory ailments, including coughs, bronchitis and chest congestion. You can add this herb to almost any of your dishes. 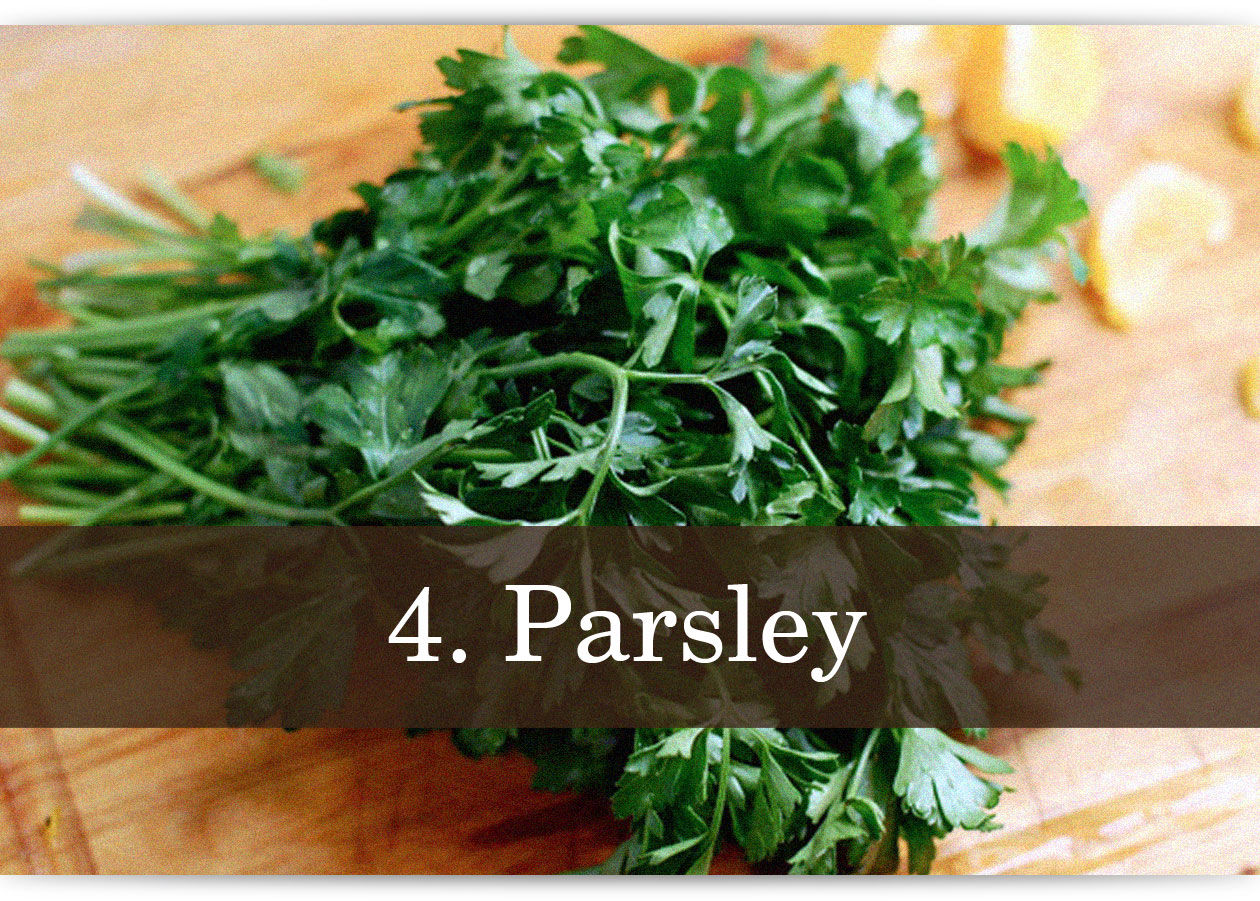 Definitely not just a table garnish, parsley fights cancer and oxidative damage that destroys our cells, boosts immunity, heals the nervous system and flushes excess fluid from the body. Rich in Vitamins C, K and A, as well as folate, it prevents a myriad of diseases and is great for maintaining good cardiovascular health.

Ancient cultures used parsley medicinally even before consuming it as food. The ancient Greeks held it sacred, using it to adorn winners of athletic competitions, and also for decorating the tombs of the deceased. It was the ancient Romans who first started using parsley as a garnish. But with all its health benefits, eat that pretty leaf on your plate! 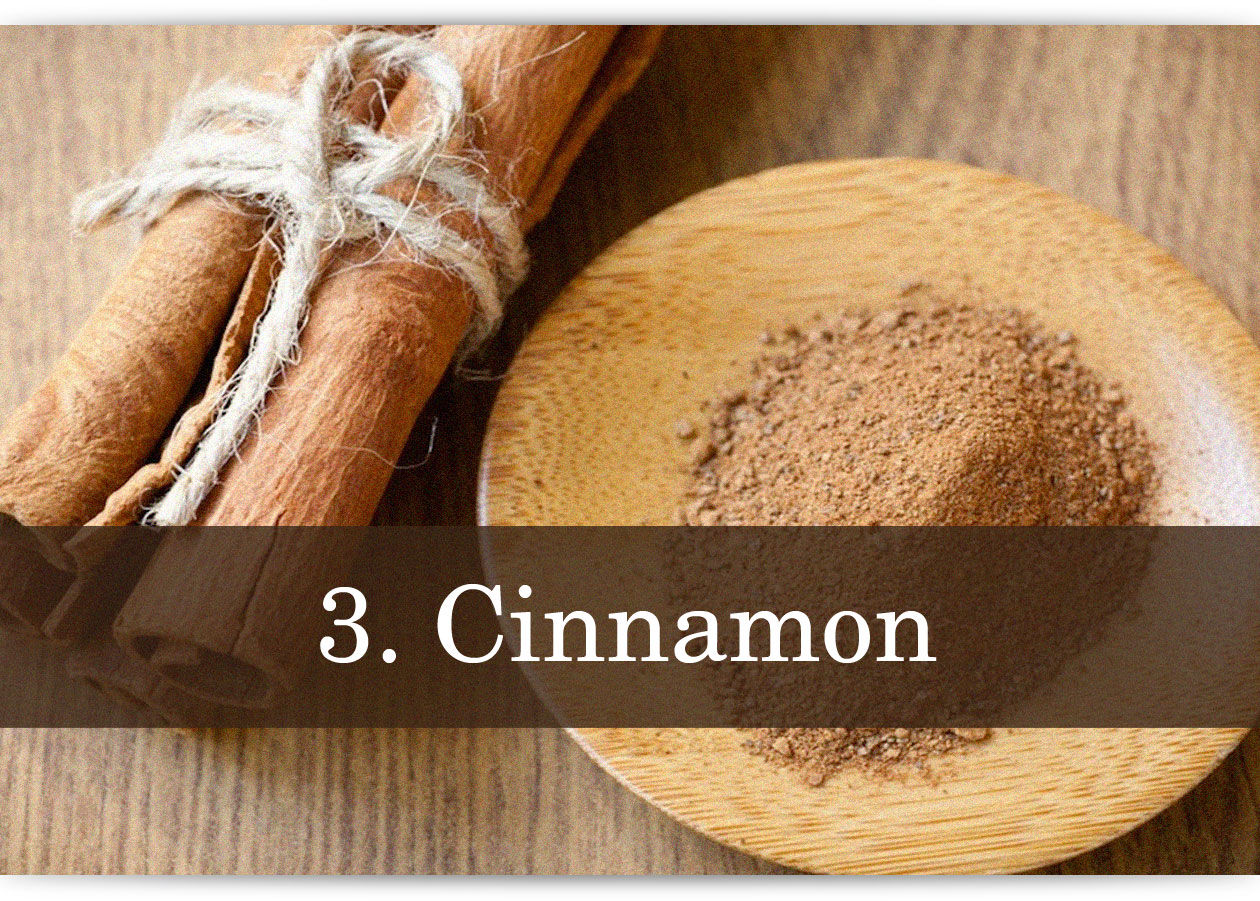 A fantastic spice for the sweet tooth, cinnamon was used in traditional Ayurvedic medicine to treat indigestion, colds and diabetes. It is one of the oldest known spices, having been mentioned in the Bible, and also used as an embalming agent in ancient Egypt. Early Chinese medicine also mentions use of cinnamon, dating around 2,700 B.C. It was highly prized in medieval Europe, becoming one of the first commodities to be regularly traded between Europe and the East.

Cinnamon is an aromatic spice, and a warming remedy that stabilizes blood sugar and lowers bad cholesterol. It is anti-microbial, boosts brain function, protects against heart disease, improves colon health, alleviates menstrual cramps and is a good source of calcium and fiber.

Try sprinkling cinnamon over oatmeal, cereal or tea, or using it as a sweetening agent in pastries. 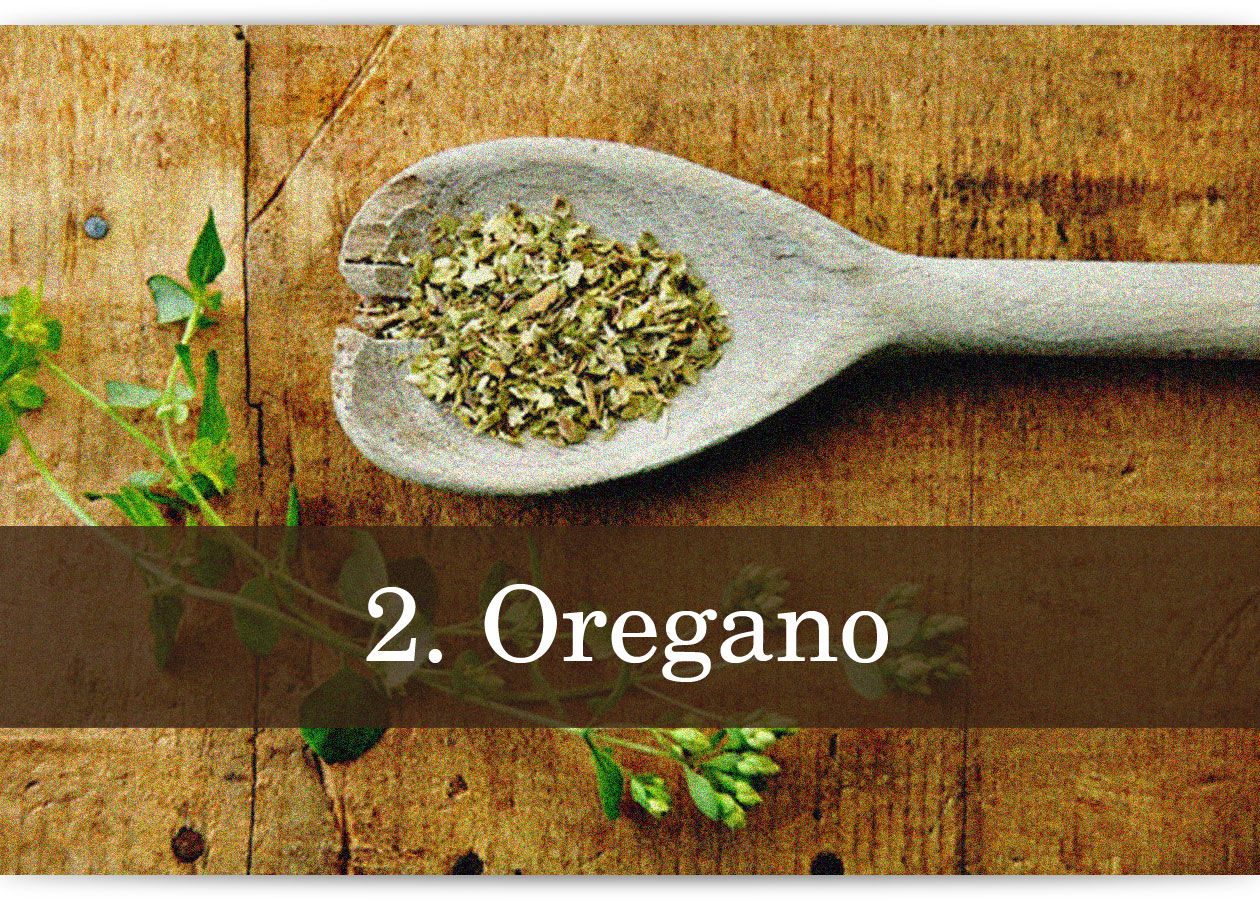 An important herb in Mediterranean cooking, oregano was originally a symbol of joy and happiness to the Greeks and Romans. Ancient brides and grooms were, in fact, crowned with laurels of oregano.

This aromatic herb is an effective anti-bacterial, found in research to be more effective against certain amoeba than prescription drugs, is a potent anti-oxidant, anti-viral, anti-parasitic, anti-fungal and is a good source of fiber, Vitamin K, manganese, iron and calcium. Research has shown it can help calm colitis and support the liver.

Don’t just add it on your pizza, but mix it with other dishes and salad dressings, or try chopping it onto garlic bread. 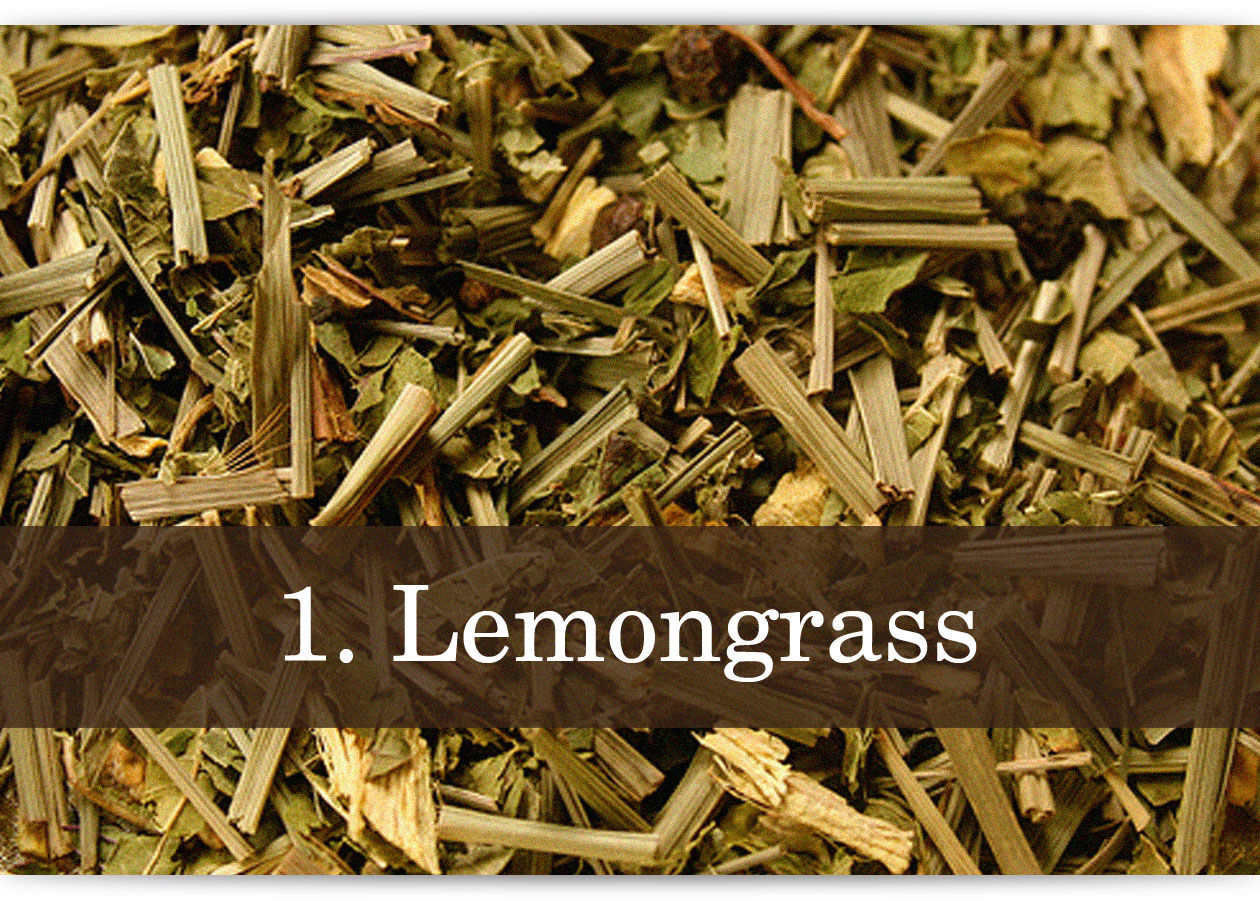 Lemongrass, or tanglad in our native tongue, is widely used in Asian cooking, and is very readily available here in the Philippines. It is used for gastrointestinal problems, stomachaches, diarrhea, bowel spasms, vomiting, and has been proven effective to treat headaches and migraines.

In ancient Asian cultures, it was a remedy for fever, headaches, colds and rheumatism. Ancient Ayurvedic medicine used it for fever as well, and infectious illnesses.

Recent research in Israel has shown that lemongrass is decidedly anti-cancer; it causes cancer cells to self-destruct, at a concentration equivalent to a cup of lemongrass tea. It’s also quite effective as a digestive aid, helping the body eliminate toxic substances and cleansing the kidney, pancreas, liver and bladder, and is a natural anti-microbial and anti-pyretic, reducing fevers and flu, to the point that it is also called “fever grass.”

Lemongrass tea is very refreshing, and its oil is used for various skin problems, such as acne, sores, ringworm and athlete’s foot. It’s also used as an insect repellant, and keeps our beloved pets free from fleas, ticks and lice.