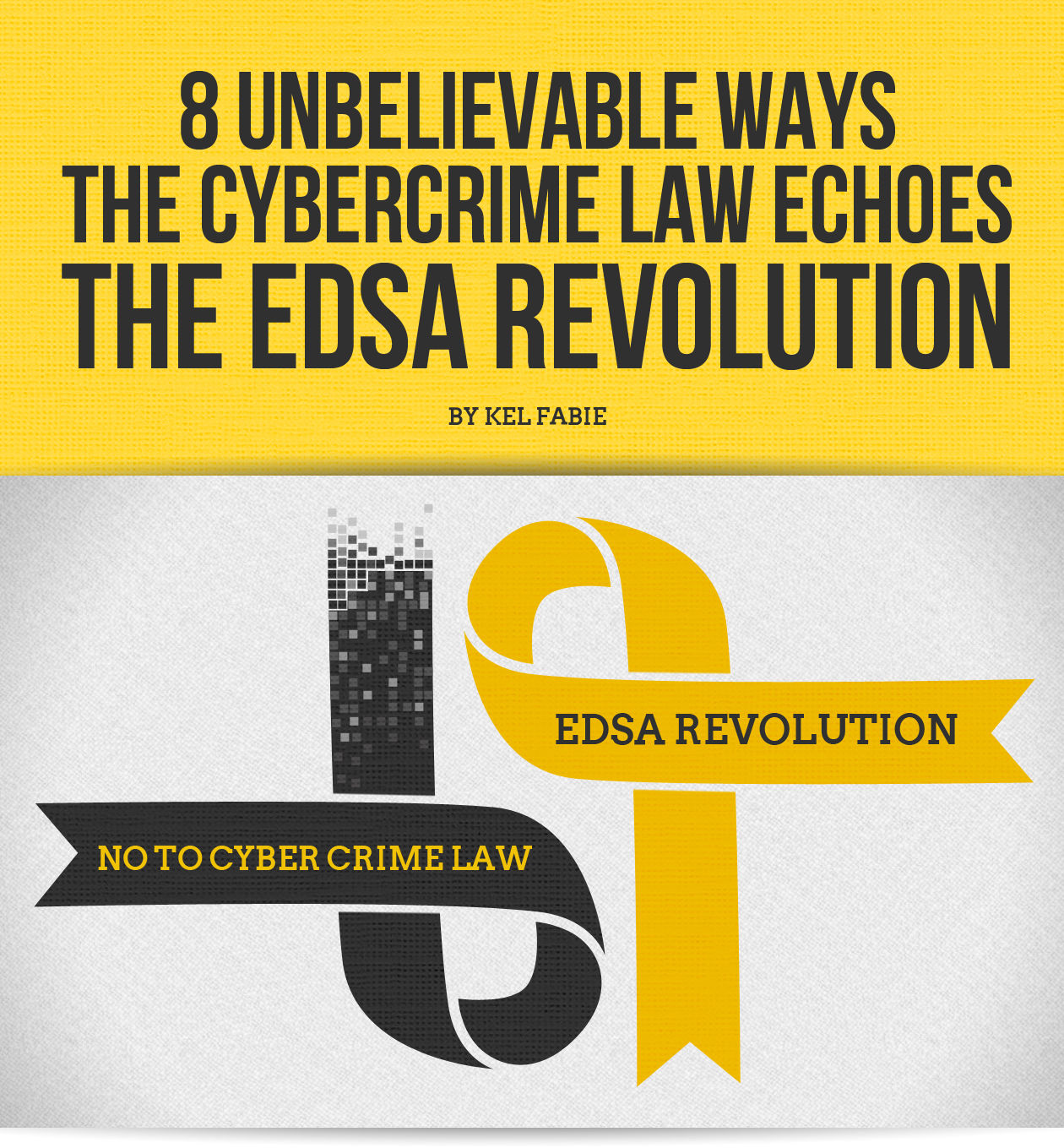 [dropcap letter="N"]ation, as we celebrate the 28th anniversary of the EDSA Revolution, we mark the occasion with an unexpected present from the Supreme Court: in what was no doubt a landmark decision, the magistrate upheld the validity of most of the Cybercrime Law, conveniently leaving in the fact that e-libel is not only a thing (hint: it always has been), but also meted with harsher punishment than offline libel. Senator Sotto, who inserted this clause in the bill, would be so proud. After all, wasn’t it he who said that “the only thing necessary for evil to triumph is for good men to do nothing?”
It’s a brave new world we face, nation, as we march towards our celebration of freedom, the freedom we fought so long and hard for, and promptly forgot about the minute we elected the Marcoses back into power sooner than you can say “you are a Romualdez and the president is an Aquino.”
As we commemorate the revolution that has allowed us to make colossally ignorant decision after colossally ignorant decision for nearly three decades now, here are 8 ways this now-upheld Cybercrime Law calls us back to those very moments when we marched on the streets to take back what was ours, so that we could give it away all over again the first chance we got.

The EDSA revolution went so well for us Filipinos that we went back to that well in 2001 when we mobilized to remove then-President Joseph Estrada from power. A mere four months later, we liked EDSA so much, we did it a third time, and by then, it clearly was no longer a charm.

8.  So Good, We Went Back for Seconds 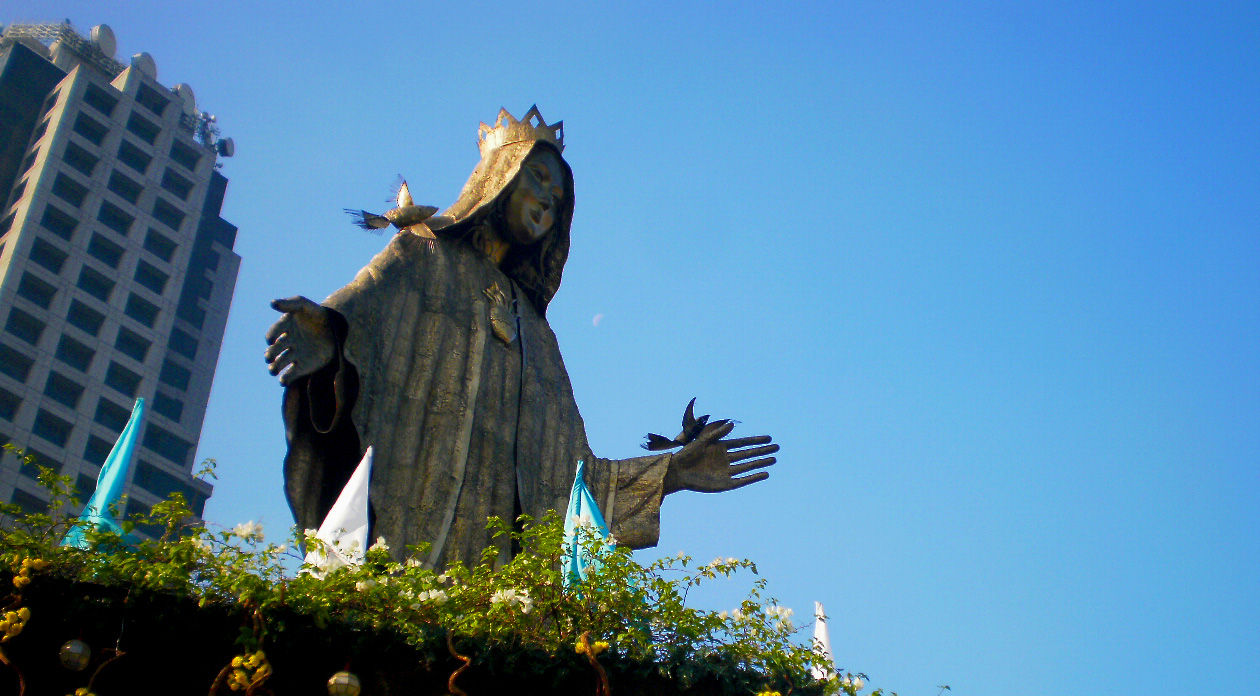 “Getting tired of this routine, you guys!”

Today, the Cybercrime Law is working so well for us—said no one ever.

When we catapulted Cory Aquino to the presidency in 1986, we expected miracles of her. She was a housewife, and had zero political experience on her own. And while she made do with what she had, it was easy to see that she was put in the unenviable position of being in way over her head as the head of state of a nation recovering from the ravages of a dictatorship. 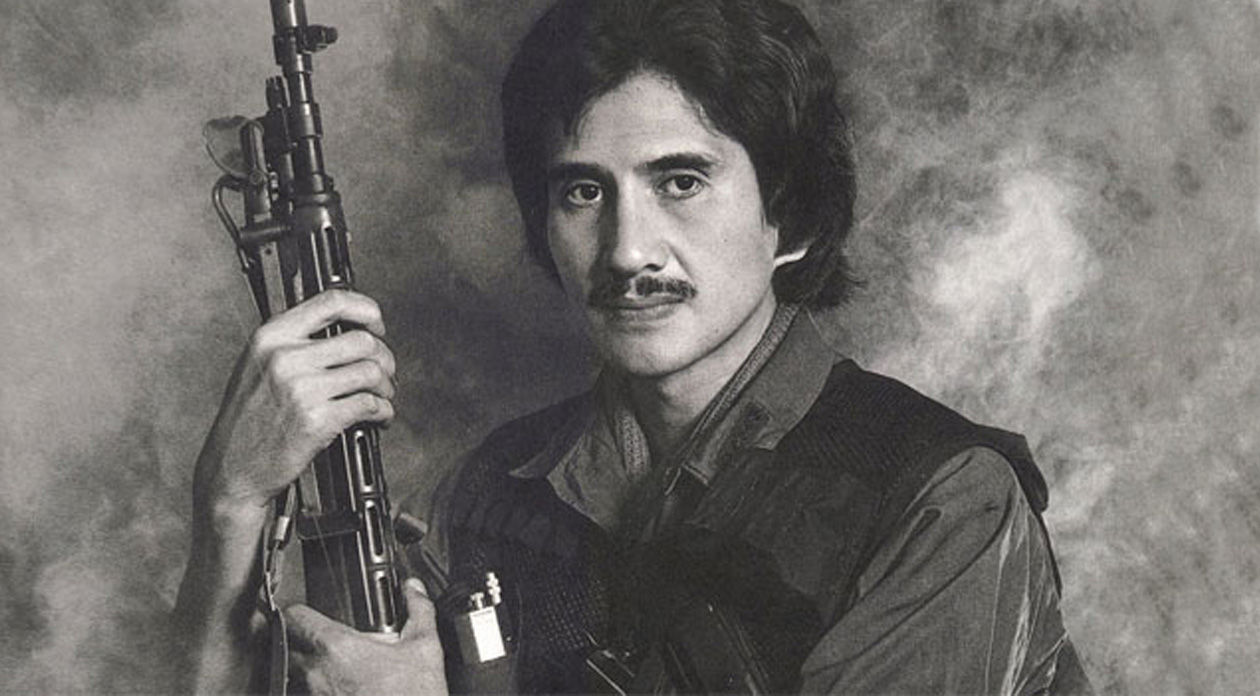 His ‘stache had other ideas, though.

Today, the Cybercrime Law stands upheld by 15 people whose average age is 63 years old. Only one of them is known to actively use social media. To say that we cannot assume all 15 Supreme Court Justices are in any way competent enough to understand the workings of the internet would be mighty generous of us. And here we are, ceding our freedoms to these very people. 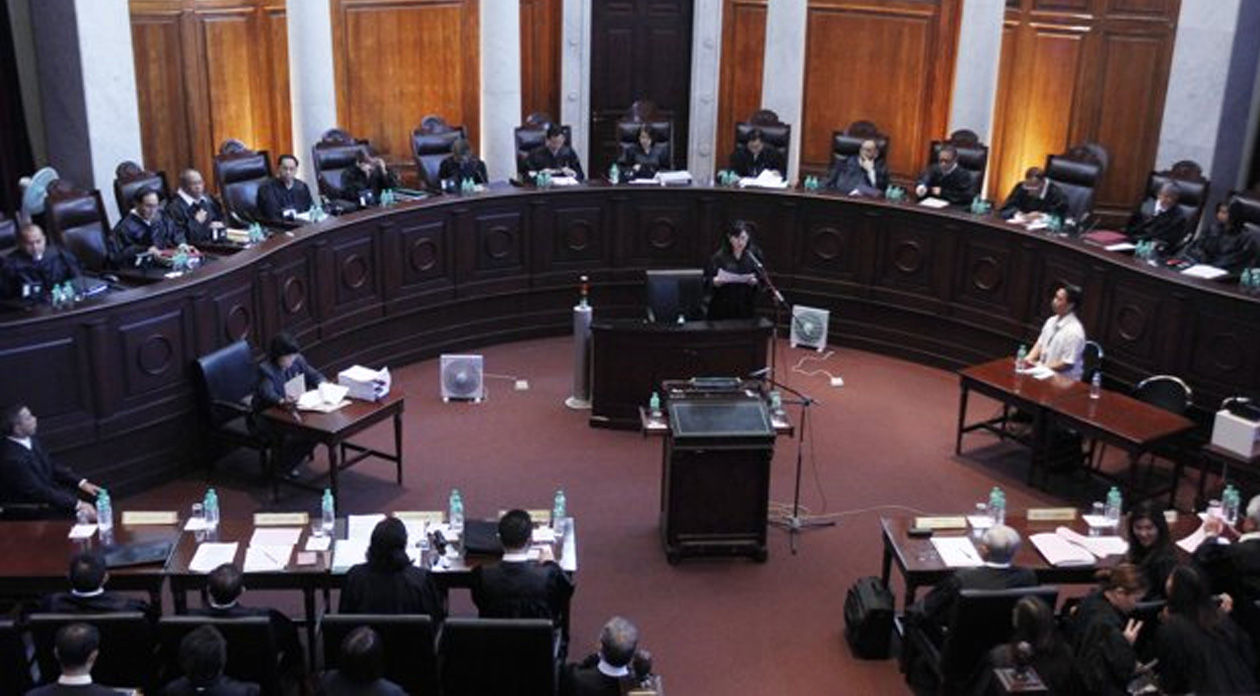 Please count how many computers, tablets, or smartphones are present in this picture.

Although there was much rejoicing when we pulled the EDSA Revolution off 28 years ago, to say that there was a lot of apprehension over what was yet to come would be an understatement. There was a lot of instability at the time: power outages, coups, and intrigue. We had no idea what to expect, and some of us feared the worst.

6. A Fear of the Unknown 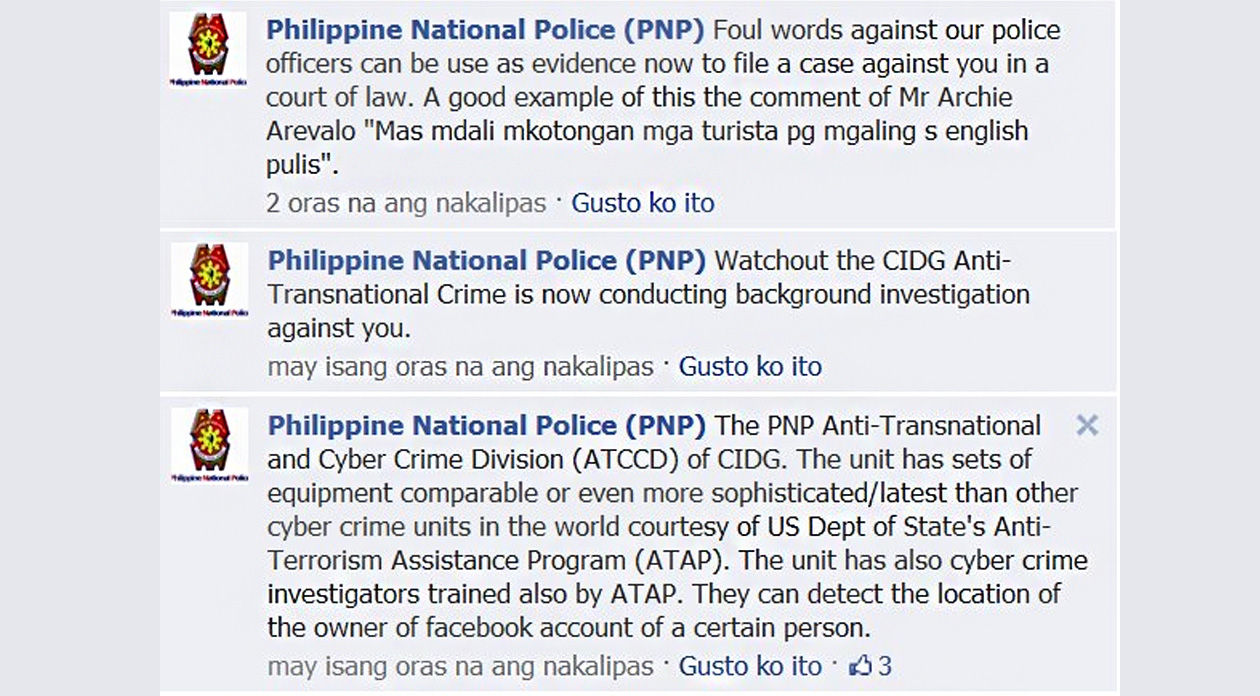 Not pictured: a reason to not fear the worst from this law.

Today, the Cybercrime Law is more of the same. We don’t know what will happen next, but if these alleged comments from the PNP Facebook Page last year are any indication, it isn’t unwise to assume most of us will also fear the worst from this law.

Most of the people who took part in the first EDSA are still alive, yet why is it that despite an event so well-documented and clearer than day, the well-known abuses of the Marcos regime have more people denying it now than the Holocaust in World War II? Could it be because we haven’t given our younger citizens the proper kind of perspective they need to understand the price we had to pay back in the day for our so-called “prosperity” during the Marcos era? 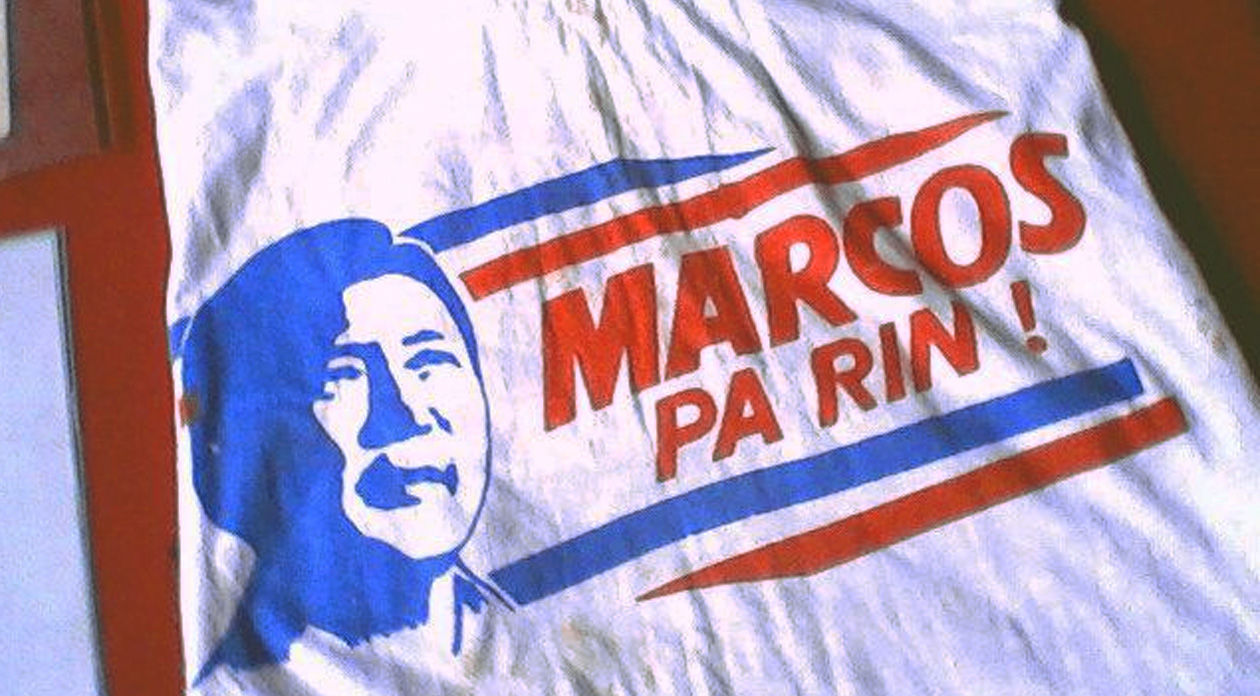 “What part of ‘be careful what you wish for’ did you not understand?!?” - Aesop

Today, just to highlight that we really haven’t learned anything, we now have a government composed mostly of people who wish to abridge our freedom of speech rather than to deal with the legitimate issues we actually bring up by creating the e-libel clause of the Cybercrime Law. And we put these people into power. 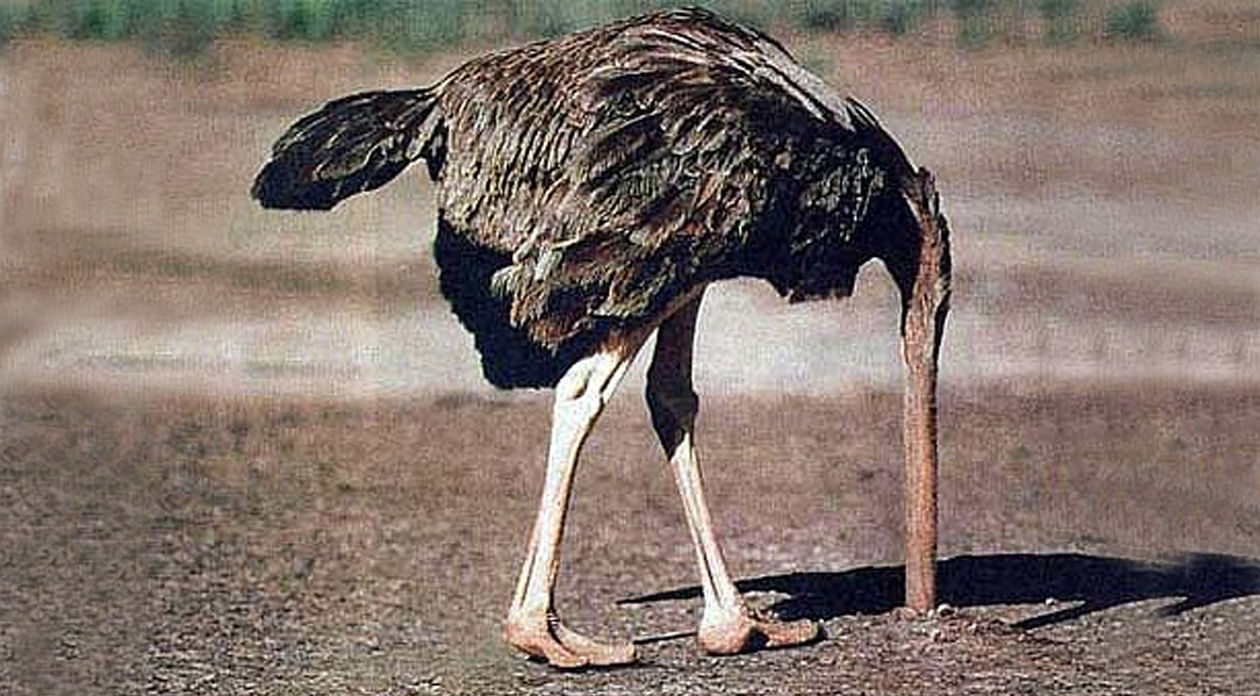 Photo unrelated (I kinda don’t wanna go to jail yet).

During EDSA, some of the best artists came together to come up with a song meant to reflect what the Filipino people has to offer to the world. That song is what we now know as “Handog ng Pilipino sa Mundo.” So what does the Filipino offer to the world? “Kalayaan, mapayapang pagbabago.” Freedom, and peaceful change. Such beautiful things. 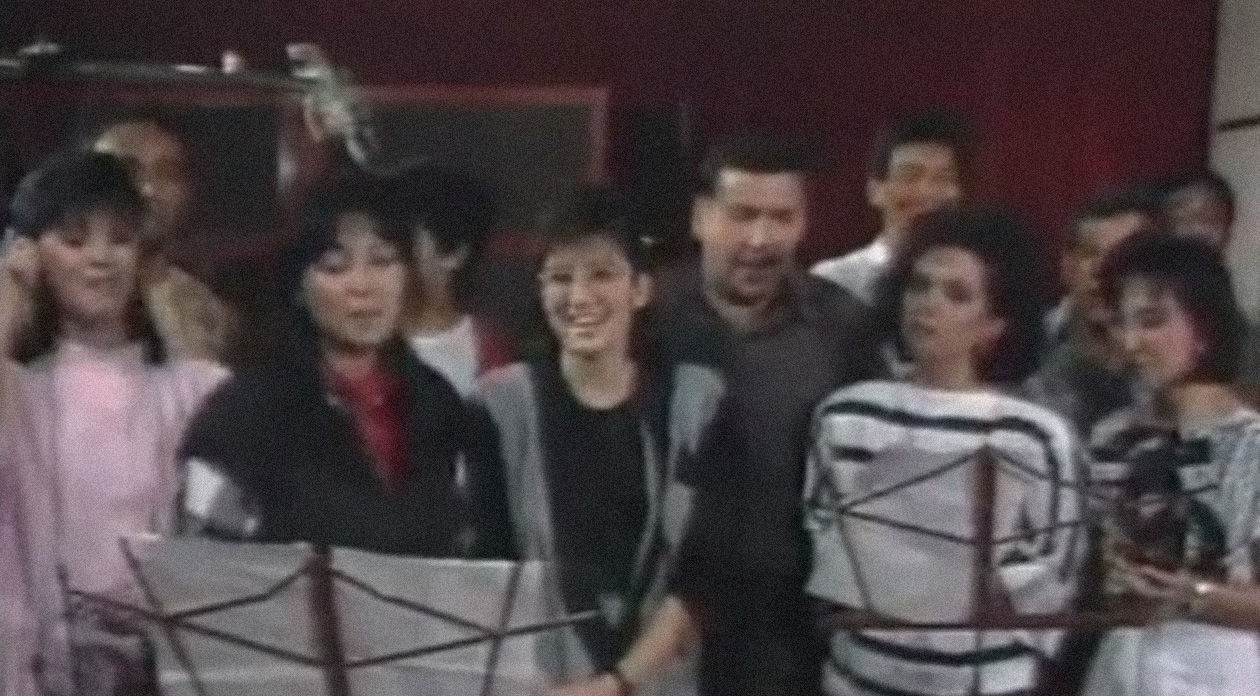 In turn, the world offered ridiculous perms and shoulder pads to us.

Today, in light of our Cybercrime Law, what does the Filipino offer to the world? You tell me, Kim Jong Un. 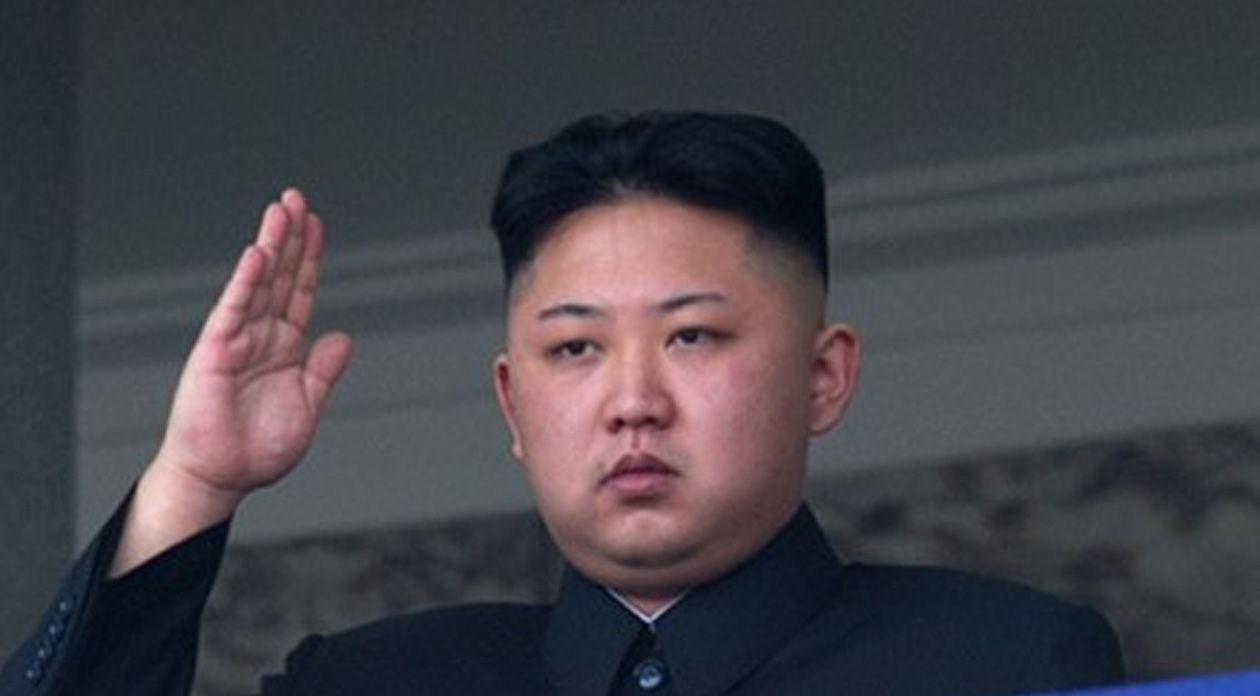 “The Philippine government is doing just fine. What’s with the outrage?”

Three years after EDSA, then-President Corazon Aquino filed a libel suit against journalist Louie Beltran, in an attempt to deny that she was in any way terrified or cowed by a coup attempt against her. The nail in the coffin was when she went through all the trouble of showing that her bed doesn’t have any crawl space underneath it to the press, thereby belying Beltran’s claim that she “hid under the bed” during a coup attempt. 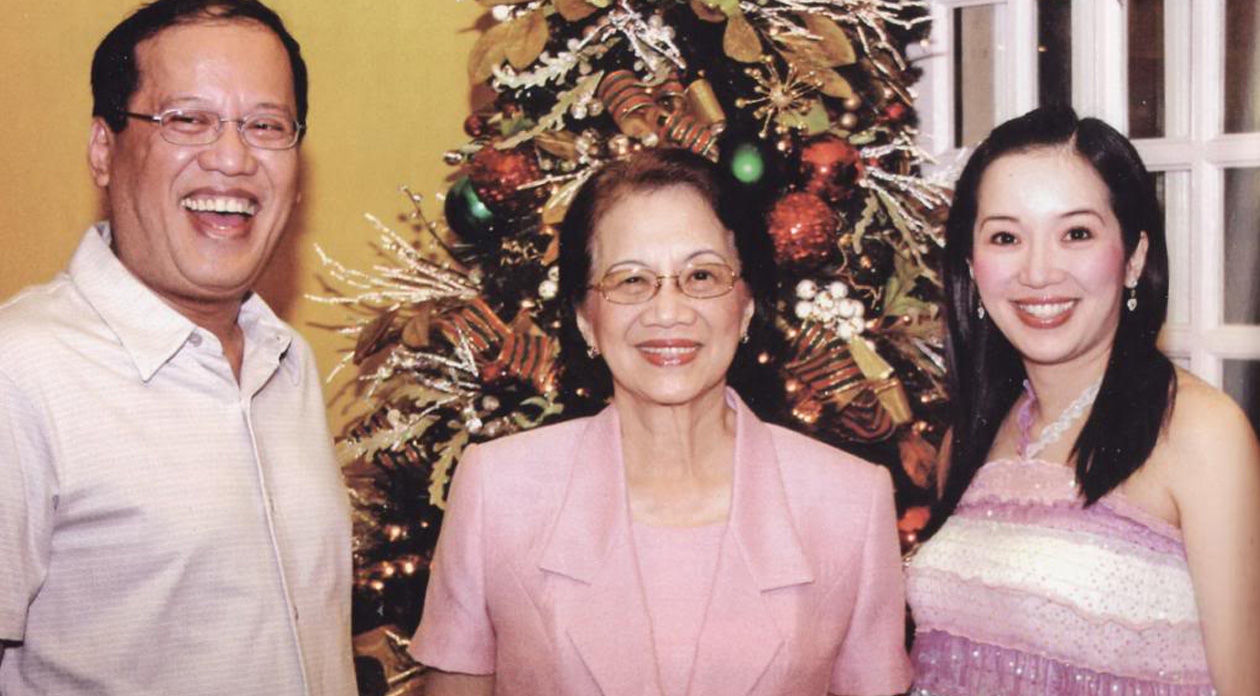 Pictured, from left to right: the current president, the former president, and the future president.

Today, it is very clear that one of the strongest proponents of the libel clause in the Cybercrime Law would be current President Noynoy Aquino. The irony that the supposed paragon of freedom and her progeny both uphold one of the most draconic weapons of a government against our freedom of expression is not lost on us.

When we fought for freedom in EDSA 28 years ago, we wanted freedom. We wanted justice. We wanted peace. We wanted everything. Lo and behold, because we wanted it all, we catapulted ourselves right back into democracy with a hodgepodge of laws and ideas built as a knee-jerk reaction to a time we were supposed to put behind us. We put everything we could think of into that constitution, including equal protection of the law and freedom of speech, then turned around and continued giving special treatment to Muslims and upheld libel as a criminal offense, where it is merely a civil issue in most other countries.

Today, the Cybercrime Law wants it all, too, by unintuitively lumping in everything from libel to data to sex trafficking as if they were all the same thing, solely because they all involve computers. You don’t put theft, embezzlement, malversation, extortion and blackmail all under the same law just because they all involve money, right?
So why would you make this broad, vague, and unwieldy law, unless you clearly have a distinct lack of understanding how the internet works, and are thus completely unqualified to make a competent law on the topic in the first place?
Oh, right.

When we finally put an end to the Marcos dictatorship in 1986, we went and rebuilt this nation from the ground up, and proceeded to work on strengthening our institutions, and assuring ourselves that we would never give up this freedom once again. Was it perfect? Of course not. But the overwhelming arc of our nation’s narrative was rising again after having been trodded upon for so long in our own land.
Today… oh, who am I kidding? There were two high-profile bills that were put on hold by the Supreme Court, pending debates: the RH Law, which 69 percent of the citizenry approves of as a measure to aid in at the very least reducing the 11 maternal deaths a day this country is afflicted with, and the Cybercrime Law, which was formulated with next to no consultation of the citizens who are actually online and qualified to give feedback on the law.
Guess which one the Supreme Court decided to uphold, and guess which one is still languishing in limbo to this very day.
Meanwhile, not an insignificant number of us would rather hear about Vhong Navarro and Deniece Cornejo, or whatever the hell is up with Kris Aquino’s lovelife and allegedly nonexistent sex life, than care about our civil liberties being taken away like a thief in the night, as if taking 10 billion of our own money weren’t already enough. 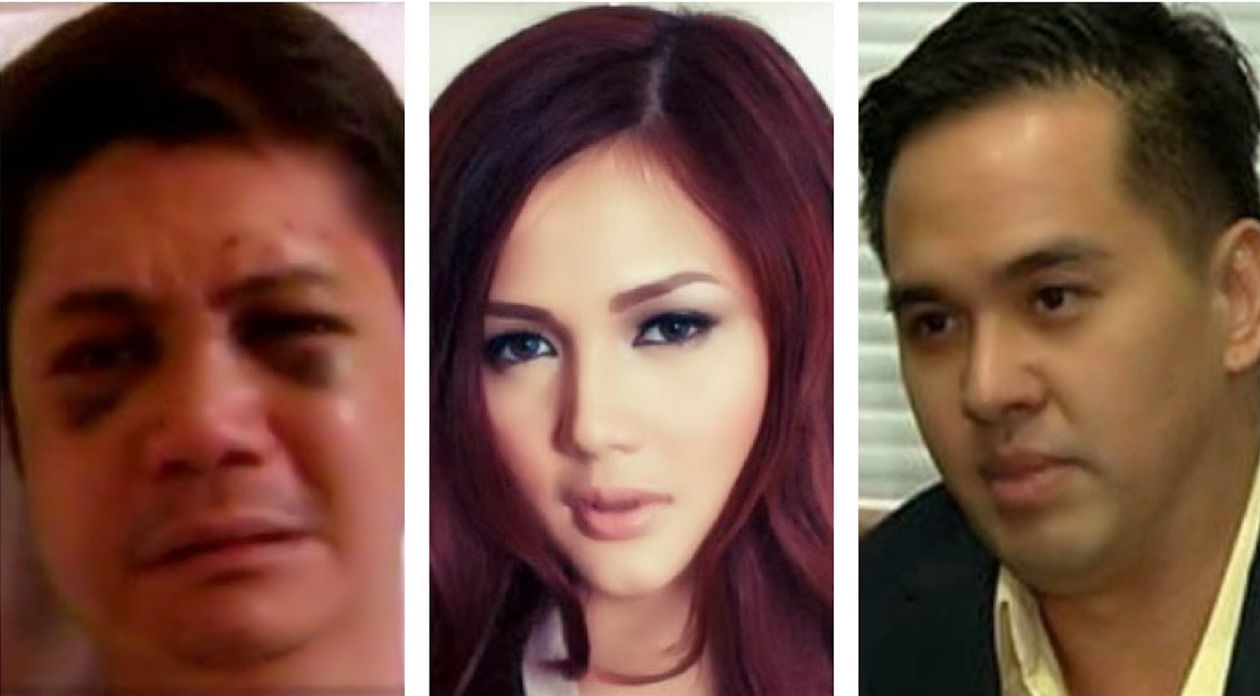 This picture marks the only time you actually gave a damn about anything in this list. Probably.

Priorities, nation! And a happy EDSA anniversary to you, too!
Let's discuss your reactions and opinions about the anniversary of EDSA Revolution and e-libel in the Comments Section.