8 Kickass Horses for the Year of the Wood Horse

If you met a friendly horse, would you communicate by Morse? We may never find out the answer to that question, but as we approach the Year of the Wood Horse, let’s take a look at some of the most memorable fictional horses of all time. 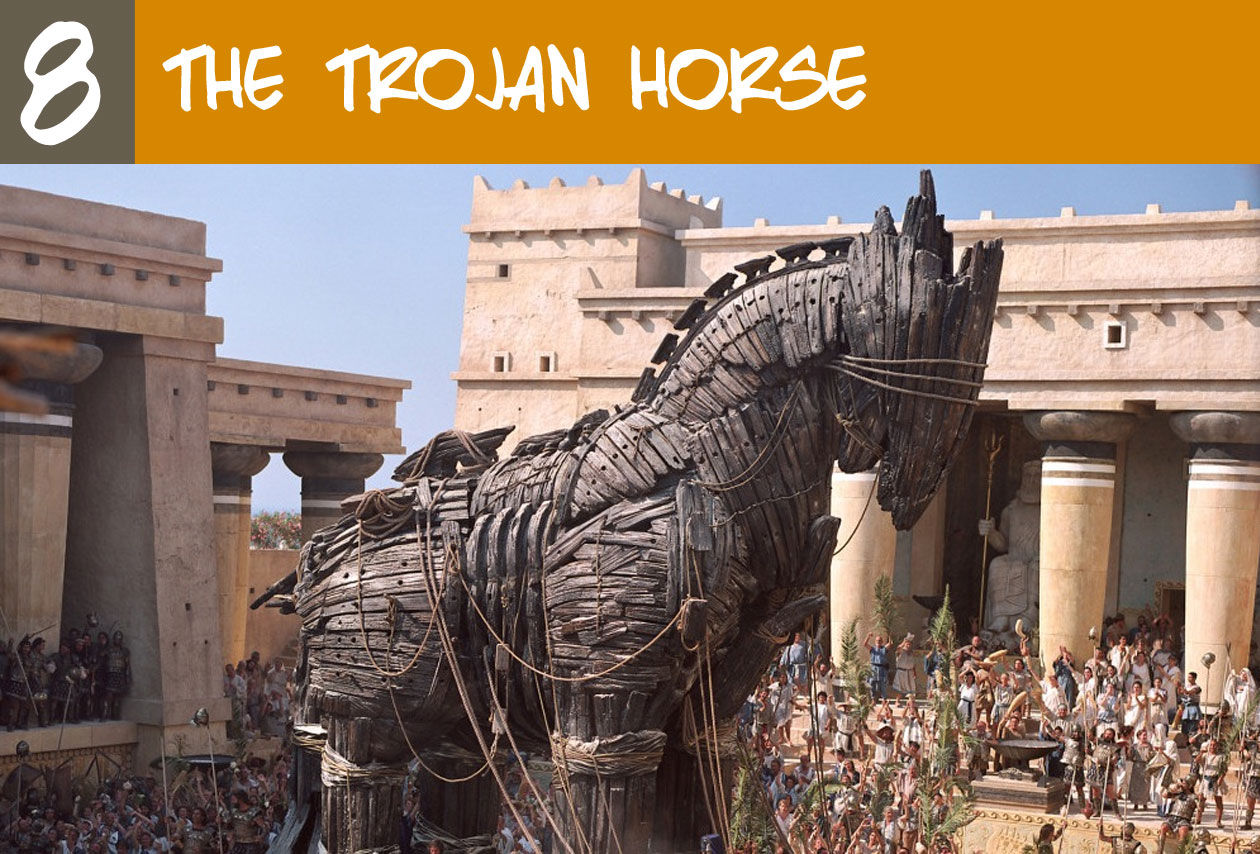 Via weblogturkey.com
The Trojan Horse was the ruse that allowed Greece to defeat Troy during the Trojan War, as depicted by Virgil’s Aeneid. When the people of Troy mistook theoffering as a sign of concession by the Greeks, they rejoiced and brought the horse inside their city, only to find out too late that the Trojan Horse was a ruse meant to smuggle in some Greeks past Trojan defenses so they can attack Troy when it was least prepared. This also explains why a malicious computer program is called a Trojan Horse if, unlike a virus, it is non-self replecating.
Get a copy of the movie "Troy" through Amazon.com.

7. The Entirety of “My Little Pony: Friendship Is Magic” 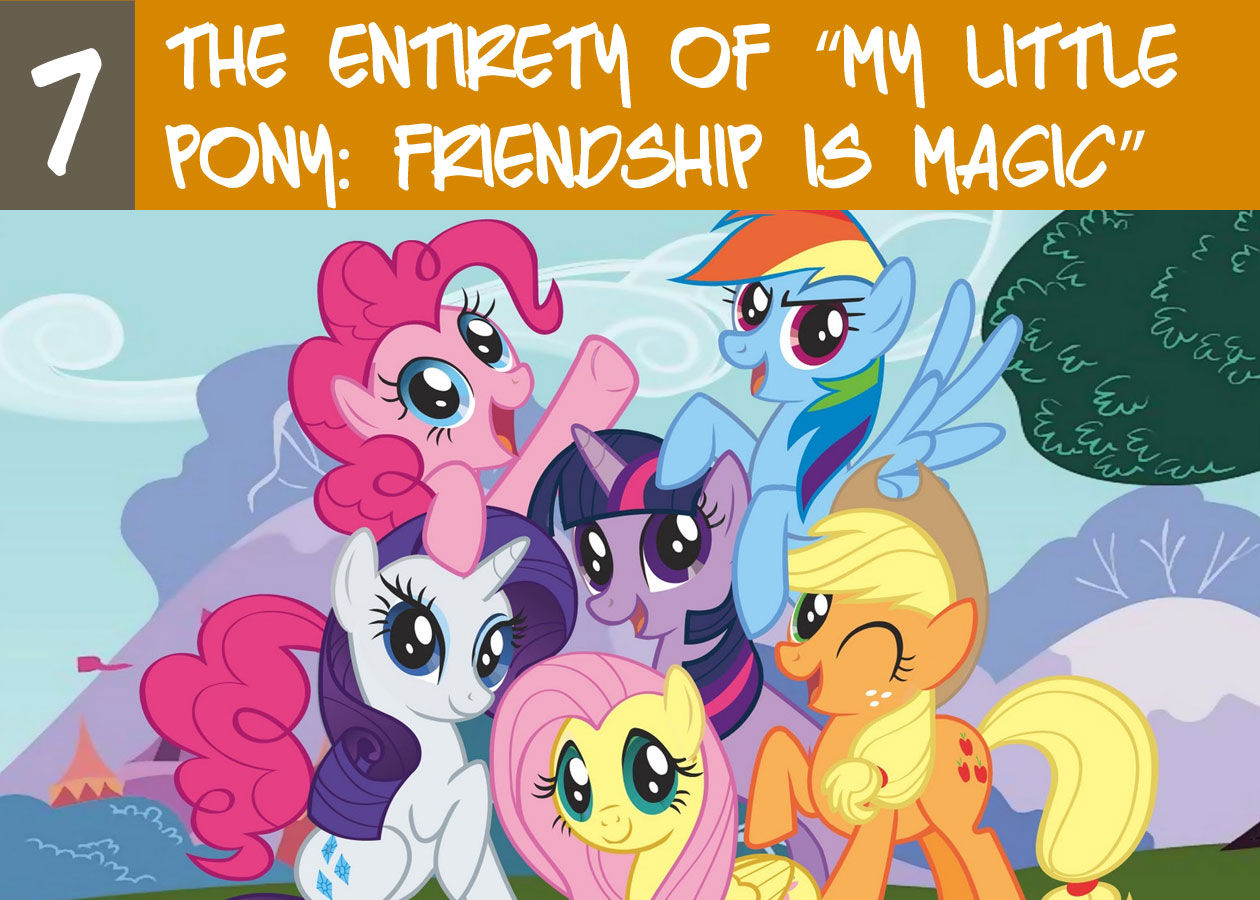 Via feminspire.com
When you have a show mainly aimed for little girls suddenly gets co-opted by a bunch of adult male fans who call themselves “bronies,” you just know there’s something special about these horses.
As long as you stay far, far away from any of the fan fiction involving Rainbow Dash, Twilight Sparkle, and Fluttershy, they can stay special in the good kind of way.
P.S. Yes, ponies are not horses, but look, they are so cute! Let's include them in this list anyway.
Get "My Little Pony" items through Amazon.com. 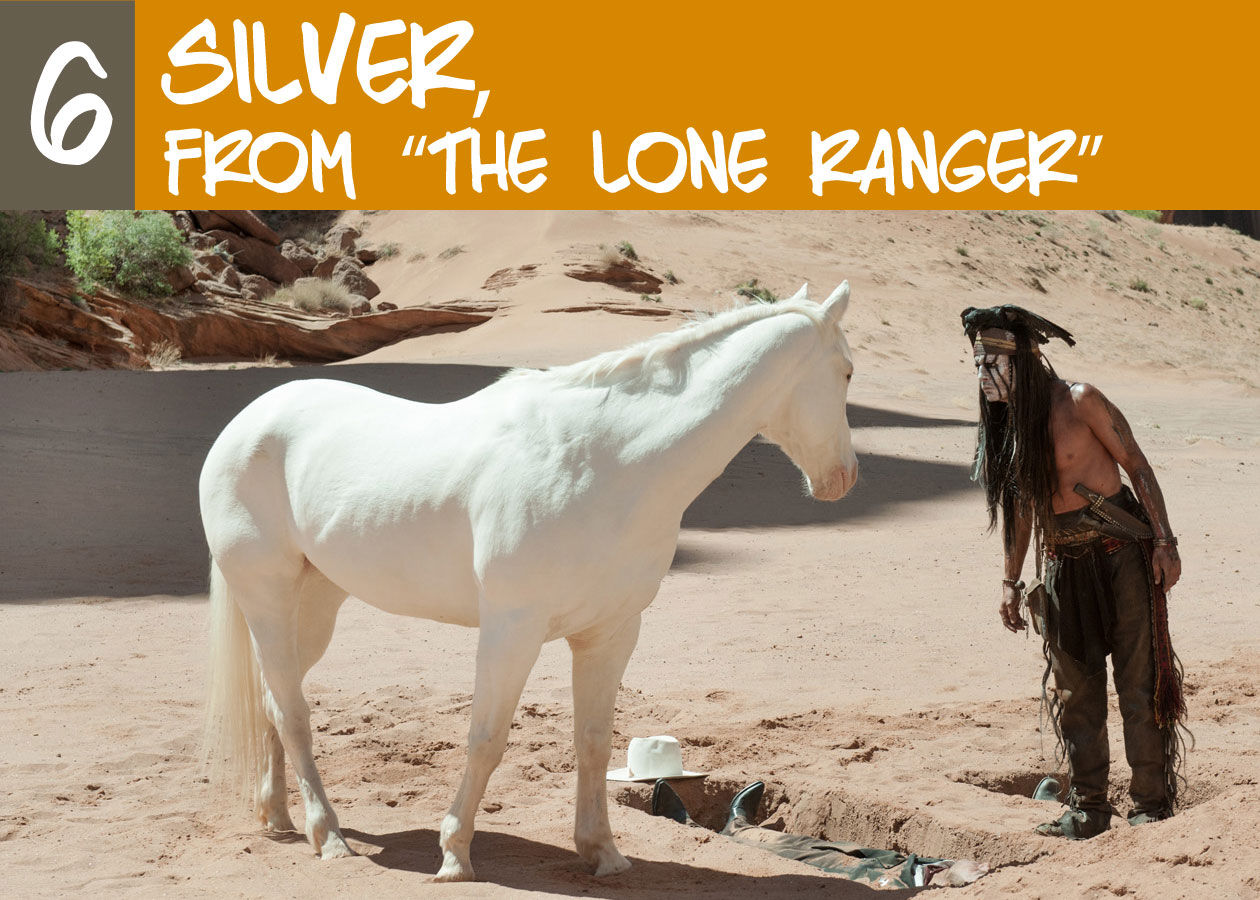 Via movies.inquirer.net
The loyal steed of the Lone Ranger, this white stallion carries our dashing hero from one conflict to the next as he fights his way against injustice in the old West. According to canon, Silver was actually the Lone Ranger’s second horse, as he originally rode a chestnut mare named Dusty.
Get a copy of the movie "The Lone Ranger" through Amazon.com. 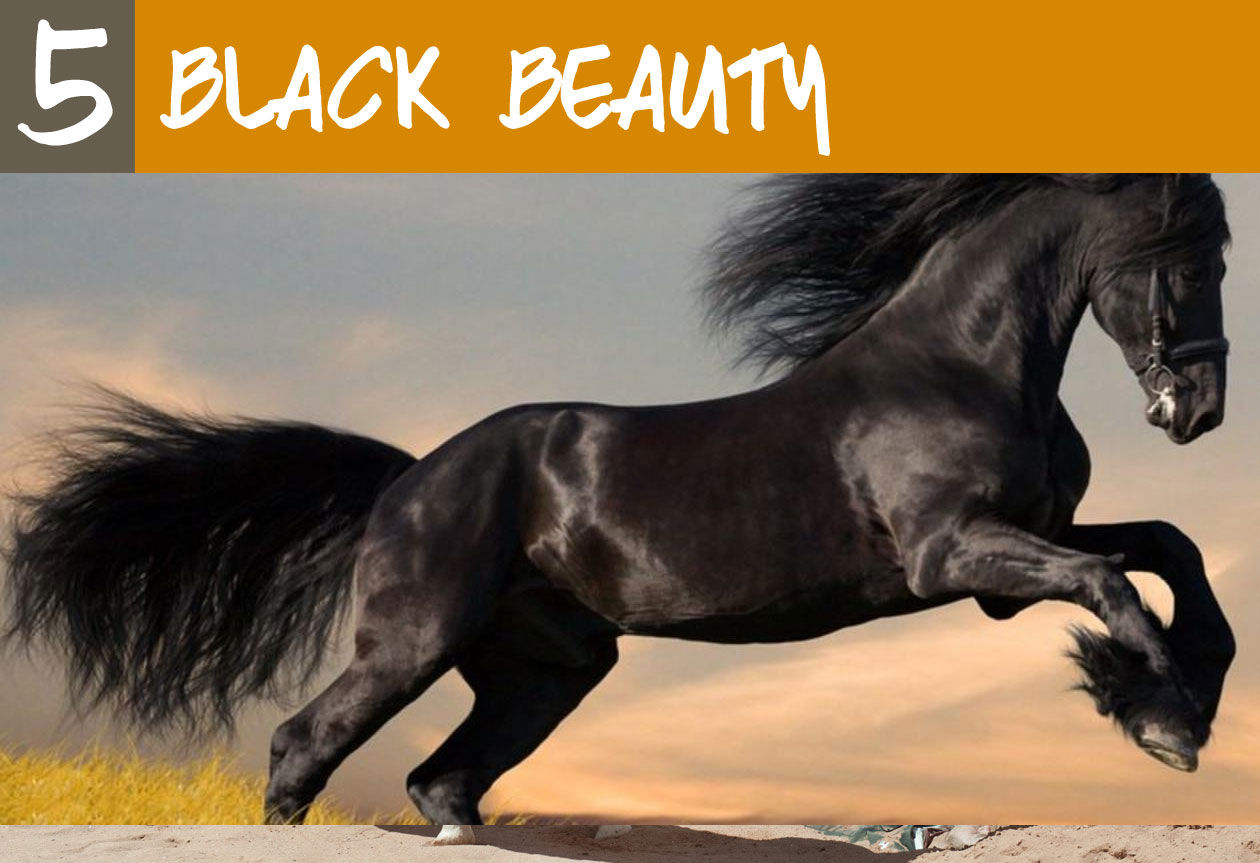 Via justenougheducation.wordpress.com
The novel "Black Beauty" sold 50 million copies, marking it as one of the most successful novels of all time. The lead character, Black Beauty, is anthropomorphic in this novel, and tells his story in autobiographical form. The book’s success enacted sweeping changes in how London’s horse-drawn carriages were treated.
Get a copy of "Black Beauty" through Amazon.com. 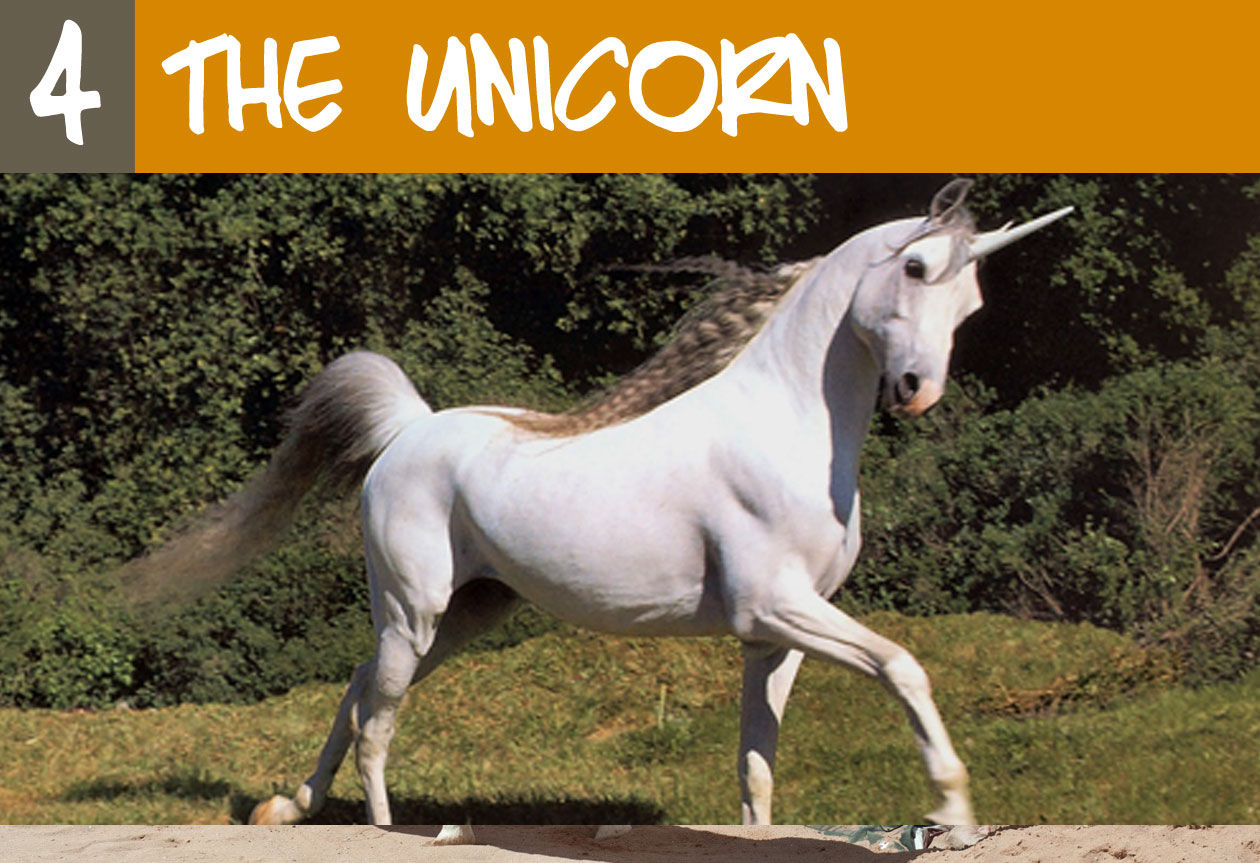 Via harrypotterfanon.wikia.com
A horned, mythical horse (not to be confused with the Pegasus, which is a winged, mythical horse, or an infamous night spot along Quezon Avenue), unicorns have been given various mythical powers, including the ability to grant immortality to anyone who partakes of its blood—at least in Harry Potter lore.
“The unicorn effect” is a term coined, on the other hand, to denote how some people tend to fall in love with the people they can never have, and when they manage to win over what once was a pipe dream, they suddenly lose all interest.
Get the Harry Potter books or movies through Amazon.com. 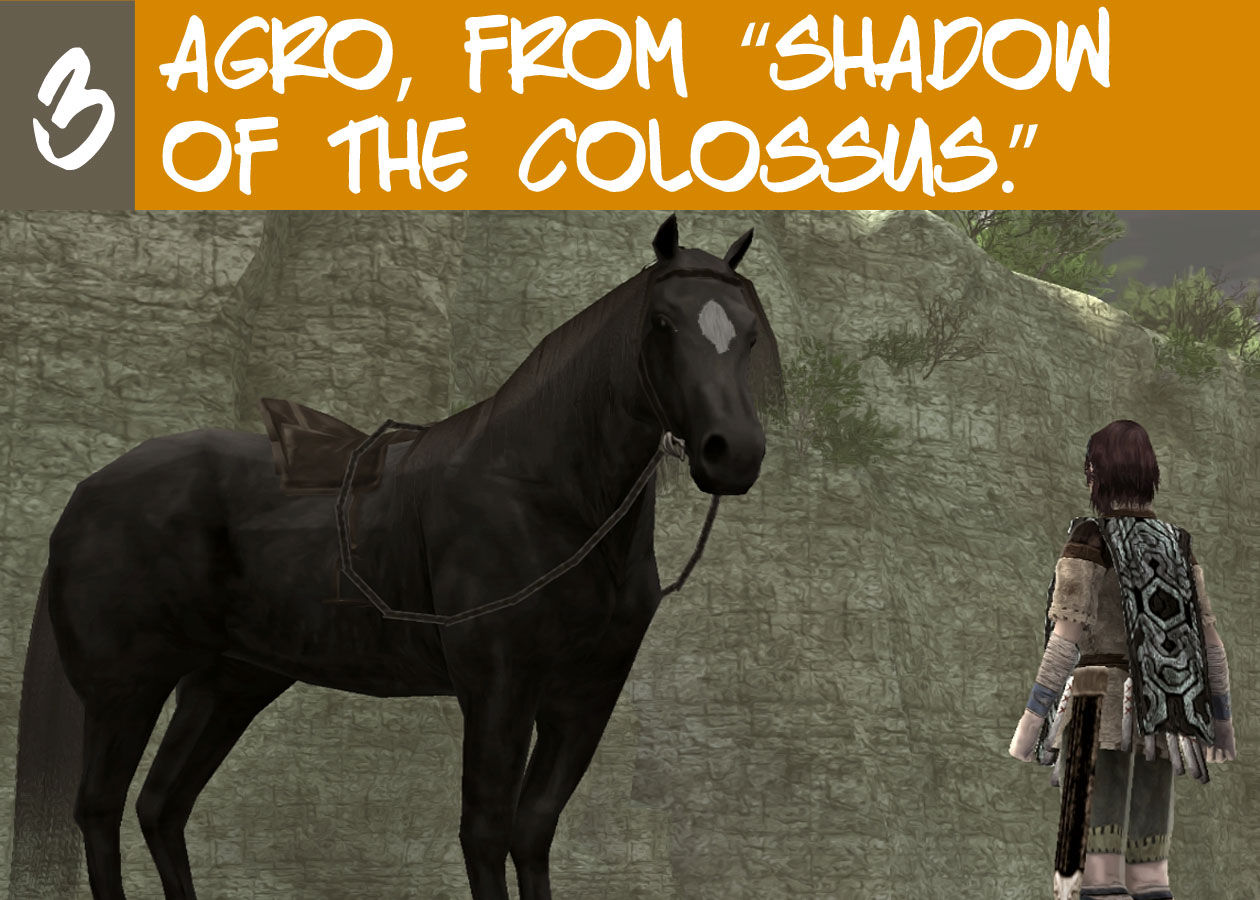 Via teamico.wikia.com
Agro is Wander’s incredibly loyal horse in the classic PlayStation 2 game, “Shadow of the Colossus.” I’m assuming spoilers will be fine for a game this old, so let’s just say that in hopes of helping Wander succeed in his quest near the end of the game, Agro apparently sacrifices himself just to make this possible. Given that this game has next to no dialogue, it was a very emotional moment, to say the least.
Get a copy of "Shadow of the Colossus" through Amazon.com. 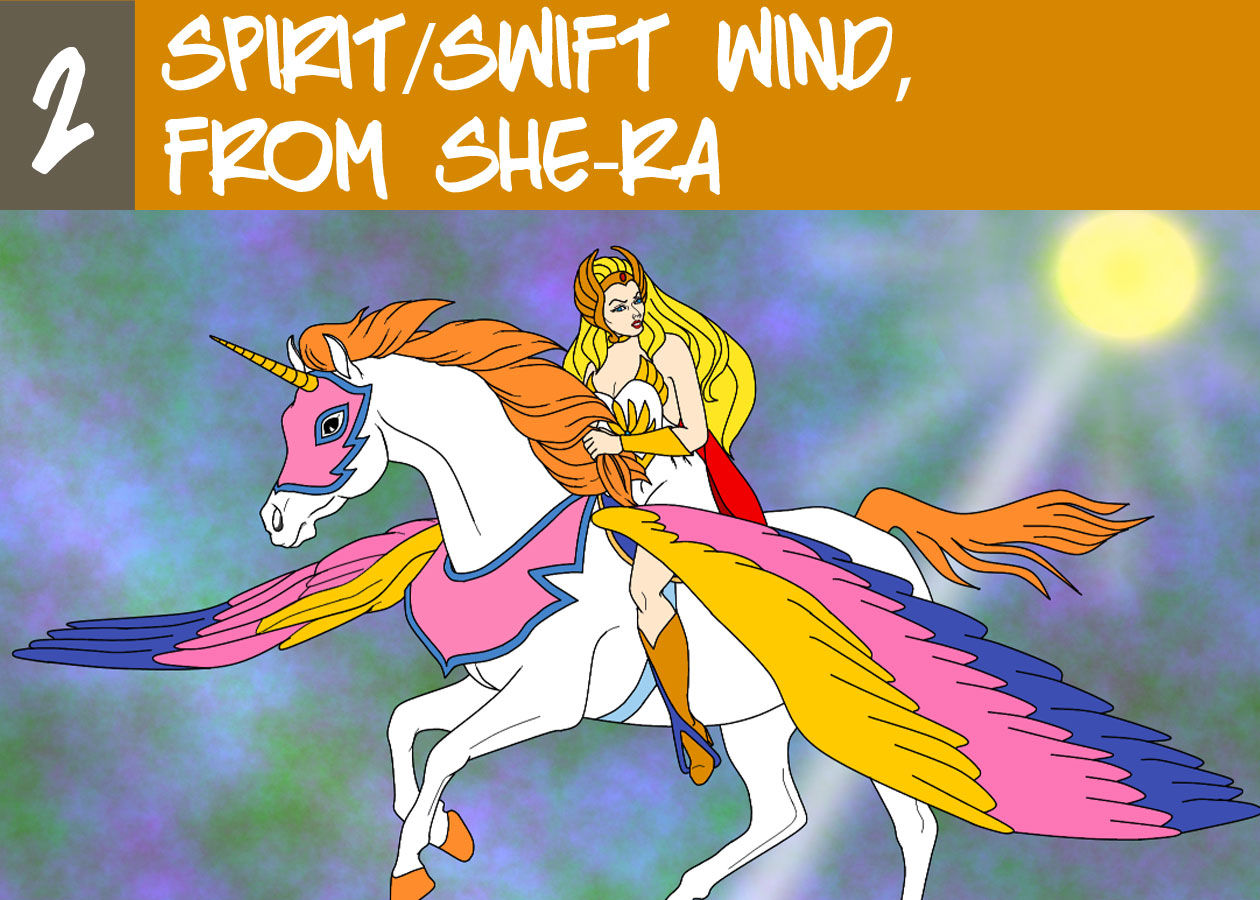 Via he-man.org
While He-Man has Cringer who turns into Battlecat, She-Ra, on the other hand, has Spirit, a white horse who transforms into Swift Wind, a winged unicorn (or is that a horned pegasus?!?), as he aids She-Ra in her battle against Hordak and his evil machinations.
Get He-Man and She-Ra items through Amazon.com.

1. Petrang Kabayo, as played by Roderick Paulate and Vice Ganda 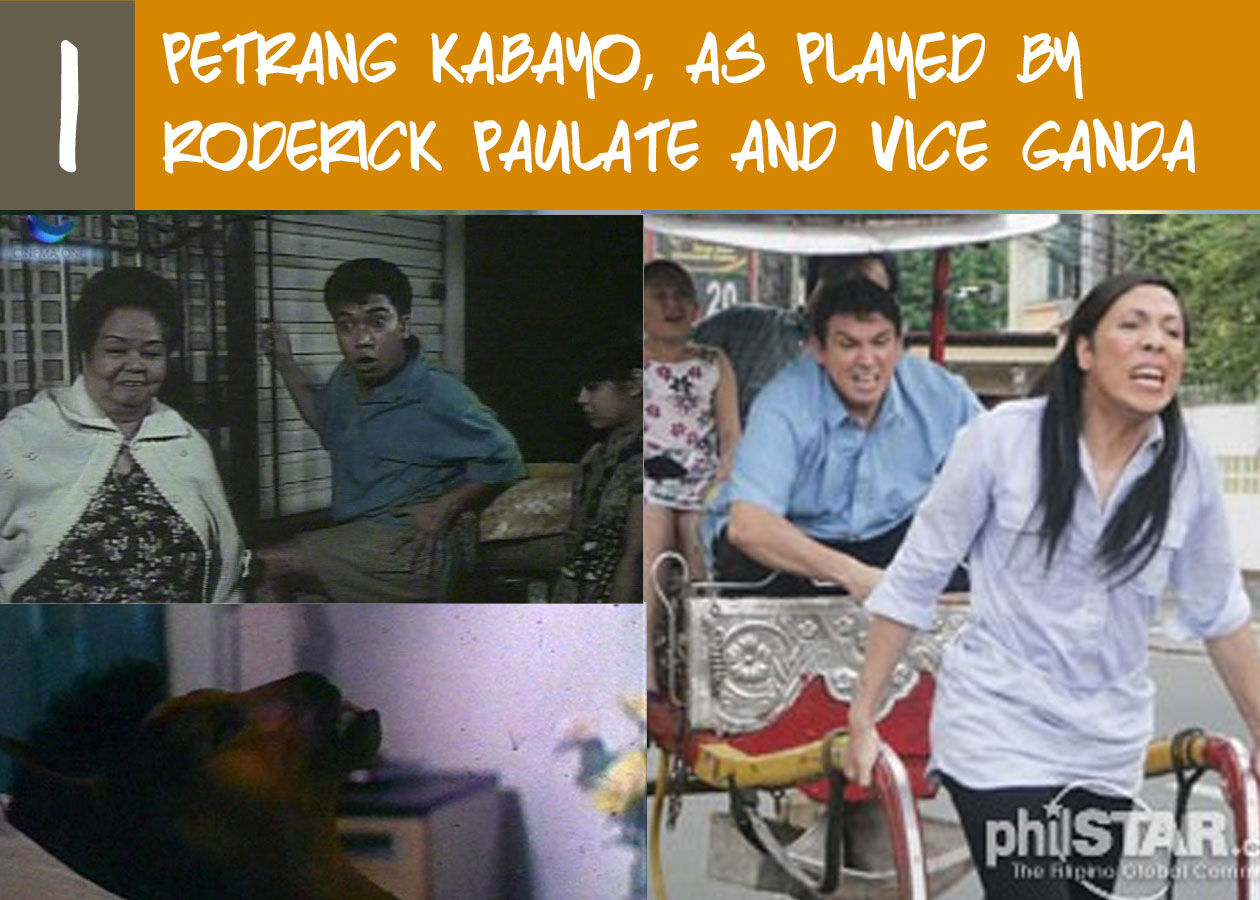 Via mavshack.com, geoffreycruz.wordpress.com, philstar.com
Petrang Kabayo is the typical cautionary tale about treating others as you would prefer to be treated. In both versions of the film, Petra was always cursed to become a horse for becoming ill-mannered towards other people, giving him his just desserts for his attitude.
P.S. There is also another Pinoy mythical horse-creature called the tikbalang. Find out more about it here.


How do you feel about horses? These horses? Any other horses you feel should be part of the list? Post them in the Comments Section.