In 1994, the late Aaliyah’s debut album was called Age Ain’t Nothing But a Number, and it was produced by R. Kelly. They were also allegedly secretly married, despite her being 12 years younger. Which isn’t such a big deal, except Aaliyah was 15 at the time. Someone should have told R. Kelly that while he might think that age ain’t nothing but a number, by that logic, so is a jail term.

If you’ve been living under a rock since last week, aside from the tragedy at Bohol and Cebu and the fact that Senator Drilon finally decided to hand Janet Napoles a subpoena, the internet was all agog over the fact that Freddie Aguilar is apparently dating a minor.

This bit of news gives new meaning to the word “pedometer,” if you know what I mean. If you think me making that joke is “too soon,” well, isn’t dating someone who’s only 16 when you’re already 60 way too soon?

Love is love, and I’m not really inclined to judge people based on who they date no matter how squicktastic, so long as nobody’s getting hurt. Of course, the problem is, Freddie’s girlfriend is not of legal age, so it’s a good thing he is willing to wait for two years before asking for her hand in marriage—something he may or may not have done with his third wife, who was 17 when they got involved with each other.

Alongside Freddie Aguilar, here are seven more Pinoy May-December romances of all shapes and sizes. 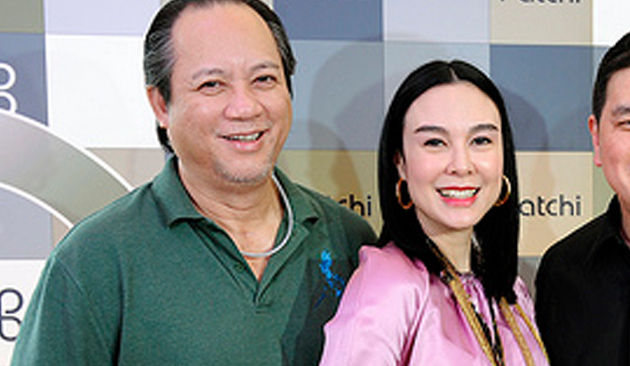 
Gretchen Barretto may be very controversial at the moment thanks to her ongoing feud with sister Claudine Barretto, but an even bigger shock involving her came in 1995 when she caught all of us by surprise when she gave birth to her daughter, Dominique. Afterwards, she finally came clean about secretly being in a relationship with Tonyboy Cojuangco. They still aren’t married to this very day, but La Greta believes Tonyboy’s love is enough.

But clearly, the botox can never be enough. 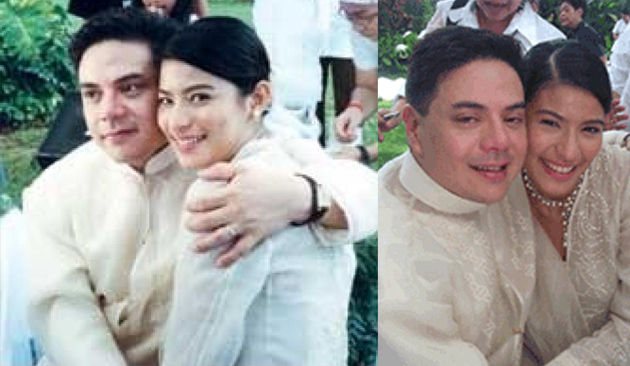 
While at the height of her career in showbiz and at a tender 19 years of age, Assunta De Rossi married Congressman Jules Ledesma, 41, in 2002. This led to Assunta mostly falling out of the limelight for the next decade, although she has slowly worked her way back into show business in recent times.

While you might be expecting me to make a joke about Jules Ledesma’s rumored sexuality, he’s still married to Assunta and you’re not, so who’s laughing now? 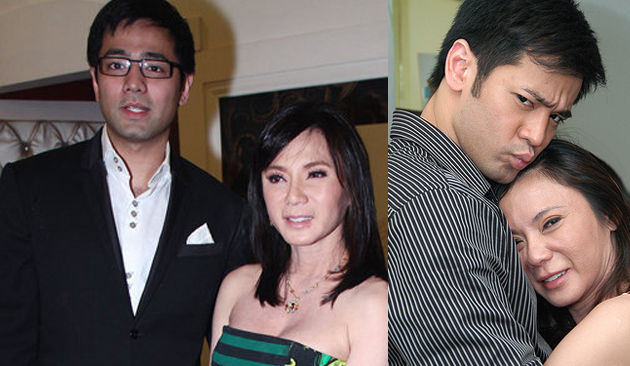 
Proving Gretchen Barretto right that botox can never be enough, one of the most tumultuous May-December relationships in recent memory would be the one involving these two doctors (okay, fine, one), who got together in 2005 and went on and off for the next 8 years, until finally, Vicki decided to let go. Hayden’s loyalty issues are too much of a red flag for her to continuously ignore, and with no hint of sarcasm on my part, I applaud her for walking away.

In fact, Hayden’s philandering ways have gotten so notorious, that in a poll of 100 females, 92 of them said they would never have sex with him—again. 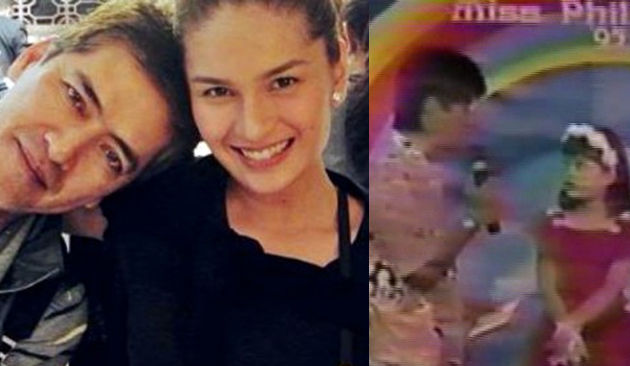 
Before Stanley Chi came along, the pioneer of the suplado school of winning women over is arguably Bossing himself, Vic Sotto, whose list of exes include Dina Bonnevie and Pia Guanio. His latest relationship is with the lovely Pauleen Luna, who apparently joined Little Miss Philippines in 1995.

When Pauleen joined Little Miss Philippines, her motto was: “Ang batang mabait, mapupunta sa langit.” Who knew that heaven looked a lot like being Mrs. Vic Sotto?  They’re a cute couple, regardless of the age gap. 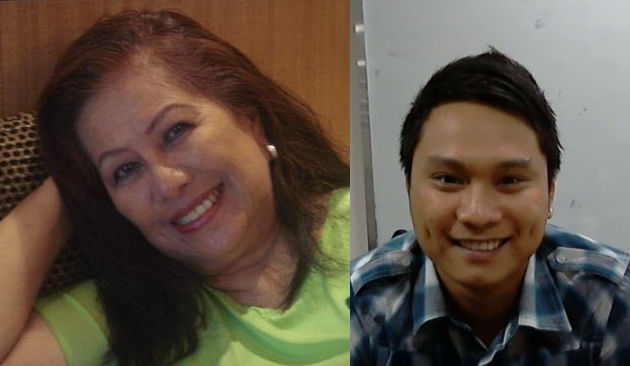 
Don’t look now, but Tiya Pusit, the dynamic 65-year-old comedienne, is set to marry her 27-year-old foreigner boyfriend sometime next year. Tiya Pusit, who was widowed 19 years ago, is in high spirits even if the boyfriend insists on keeping his name out of the public eye, although she admitted that she has no sex life at the moment because her hypertension landed her in the hospital the last time she tried it with her beau.

I would really like to leave you with that mental image. 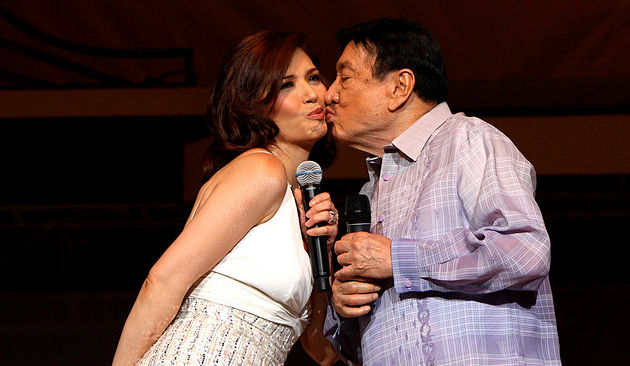 
Perhaps the only man who has Vic Sotto easily beat in the ladies department (although surprisingly, neither of them have been known to have more than one woman at the same time), the late Comedy King Dolphy has gone through the alphabet, having been with women from A(lma) to Z(sa-Zsa). In one of the retrospectives that ABS-CBN aired after his passing, Dolphy wistfully mentioned on file that when he met Zsa-Zsa, he told himself right away that this was it: she’s the last one. And in the 23 years they had spent loving each other,Pidol clearly meant what he said.

It was especially touching to hear Zsa-Zsa sing “Through The Years” at Dolphy’s wake last year. This is also why I wish nothing but the best of health to Anne Curtis’s boyfriend. 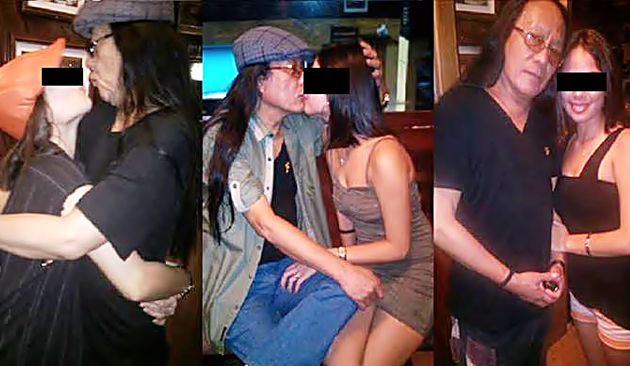 
You’ve probably heard the story by now, so this bizarre love story needs little added to it: the "Anak" hitmaker has recently stated that he has the best of intentions for his very young girlfriend, which would have been nice if it weren’t for the fact that Jovy is very much underage, which, all ageism aside, is the main bone of contention, Megan Aguilar’s defense of her dad notwithstanding. 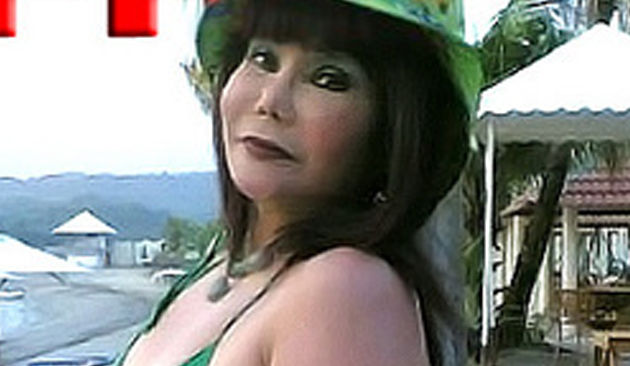 
Ah, yes. In 2004, this doozy of a relationship was the very one that led us to seeing the infamous fortune teller in bathing suit photo ops, proclaiming her “asim” to still be as strong as ever. While this sham was unsettling enough as is, leave it to  Madame Auring to make things worse by not looking at her crystal ball before she declared her intention of marrying Archie, who, while claiming to be 20 at the time, turned out to be 15 or 16 years of age. At the time, Madame Auring was 61.

And in lieu of a one-liner, let me just leave you with something from the hit music video of the inimitable Madame Auring:

[buffer]
Is love blind? Does love conquer all? What say you? Share your thoughts in the Comments Section below.
[/buffer]