8 Great Moments in the Naruto Manga 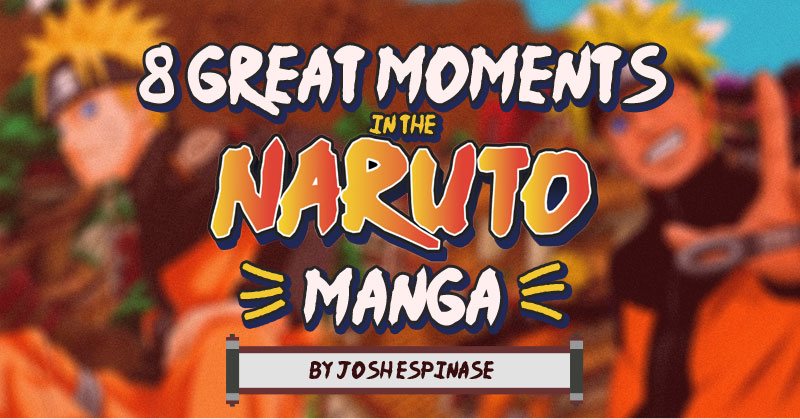 If the news is true, Naruto will be Hokage level in a few weeks' time when the manga series comes to a conclusion. Although some people say it’s just a rumor, its best to be prepared for the worst. After 15 years, the ninja we grew up with will reach the end of his story.
All the characters in the manga have already become a part of our lives. After all, who didn’t want to be a ninja at least once in their life? Naruto taught us to never go back on our word and to chase our dreams. That is the ninja way. All the memories and values aren’t just for us but something we will surely pass down to the future generations.
Naruto may be ending but those heartbreaking, inspiring, and most epic moments will stay with us. So before the manga reaches its last chapter, and before you lock yourself in a water prison of tears, let us look back to some of its greatest and unforgettable moments.
Warning: For those who are not following the manga, there may be spoilers. 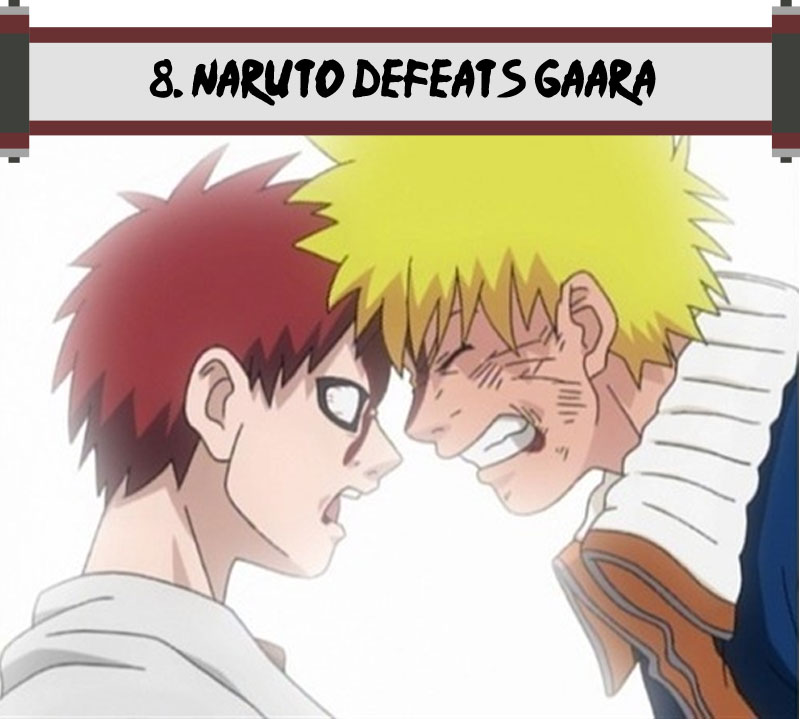 Via jenhamby.com
Remember the days when Naruto - a complete underdog - continued to surprise us by leveling up with strong ninjas such as Zabuza, Haku, Kiba & Neji? Well, this one is definitely one for the books. Back then, when everyone thought that no one could beat the dangerous monster Gaara, Naruto managed to bring him down in their fight during the “Destruction of the Leaf”. Another reason this fight is so memorable is because the battle is between two jinchurikis who have both been through a lot in the past. Both of them were hated and feared by the people around them. With Naruto’s words, the result of the battle became a major turning point for Gaara. Who would’ve thought that the kid every one feared would someday be Kazekage? 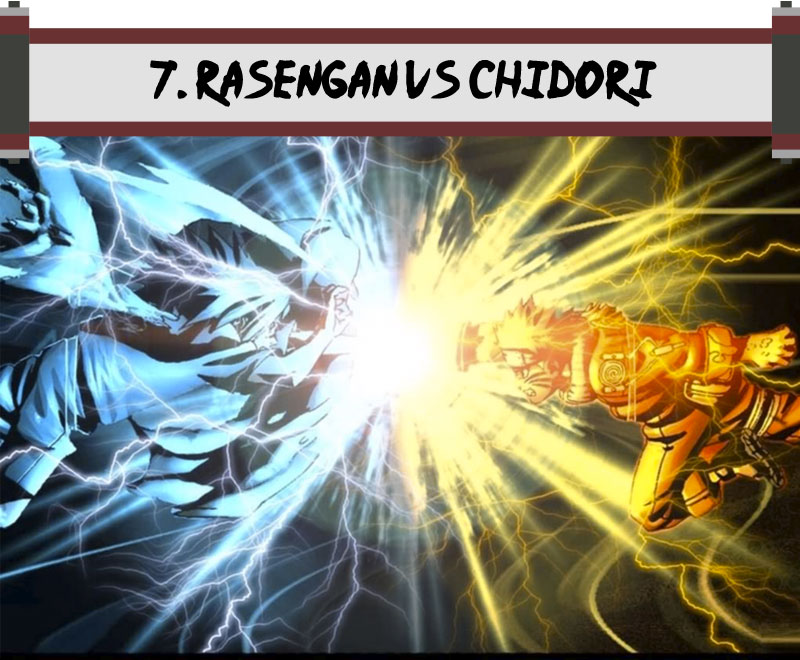 Via triunfandostereo.org
Who wasn’t at the edge of their seat trying to think whose jutsu will prevail? During this time, every Naruto fan was itching to see this clash. The first time we saw the strength difference between the 2 jutsus was the time when they ALMOST collided with each other on the roof top of the hospital in the village, but because of Kakashi, they ended up hitting the water tanks and I’m sure you remember the results. After this clash, Sasuke left the village for good and since then Naruto swore to bring him back. Have you been following the manga lately? These two are back in this same valley. 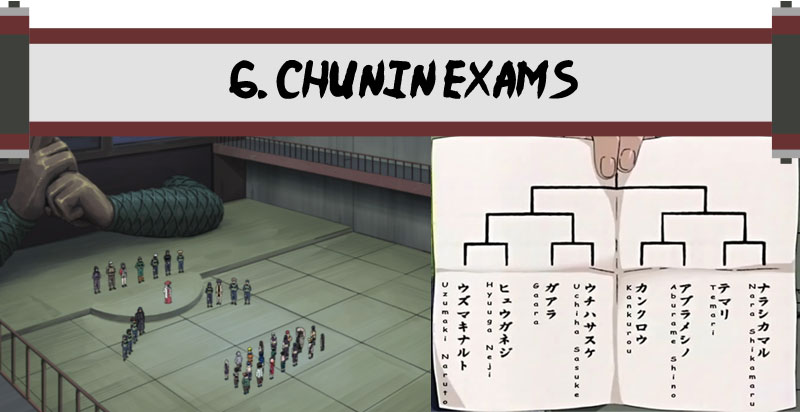 Via narutosource.free.fr
We’ve seen larger scale battles already but the whole Chunin exam, from beginning to end, was unforgettable. Who could forget Rock Lee removing the heaviest weights in the world to land a hit on Gaara? Or Neji getting his ass kicked by Naruto, and of course Sasuke using the chidori, a high ranked lightning release jutsu. In this arc, the thrill never died down as we witnessed furious battles and emotional moments. It’s nice to look back and see how the old teams were like back then. Which reminds me, Sasuke and Naruto are still Genins right? 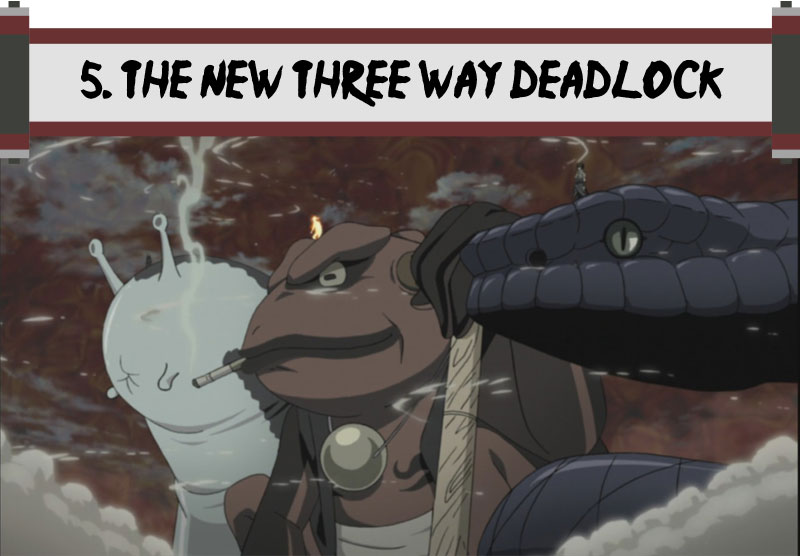 Via dailyanimeart.com
There couldn’t be a more epic way to prove that Team 7 is back and stronger than ever. It must have been awesome for the 3rd Hokage to see the successors of his former students show their powers like this. This is the result of training under the legendary sanins. Curious how the name 3 way Deadlock came about? Watch episode 374 of Naruto Shippuden.

Via stuffpoint.com
We all wished that Kabuto would bring Jiraiya back using edo tensei. Jiraiya left to infiltrate the rain village to find the Akatsuki leader. His intense battle against Pain was truly memorable. He died in the hands of his former student from the 2nd Shinobi War. Upon near death, Jiraiya forced himself up to deliver a message that can help bring down Pain. He died smiling entrusting everything to Naruto - the child from the prophecy. With his death, Naruto grew stronger and was able to defeat Pain and become the village hero. This legendary Sanin has been a big part in Naruto’s growth. He will never be forgotten.

3. The 5 Kages VS Uchiha Madara 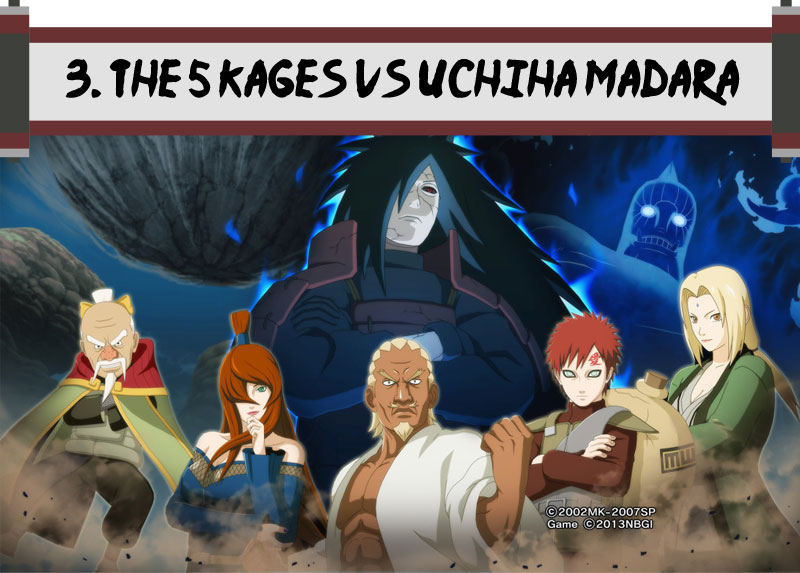 Via anymaytion.com
For those of you who don’t know what a Kage is, it is a title given to the leader of one of the Five Great Ninja villages. They are regarded as the most powerful ninja in their respective countries.
This entire battle kept us cheering for the five kages, who banded together to bring down Uchiha Madara. Usually the five main villages are at war with one another. It’s not every day we see Kages fight all out. In this battle, it was shown what the Kages are truly capable of, that even Madara was impressed. On the other hand, we witnessed Madara’s unmeasurable strength that made it seem that winning was hopeless. Despite the battle not being in favor of the five Kages, it never crossed their mind to back down against Madara. They proved, till the very end, that they truly deserve to be called Kages.

2. Naruto arrives to save the village from Pain 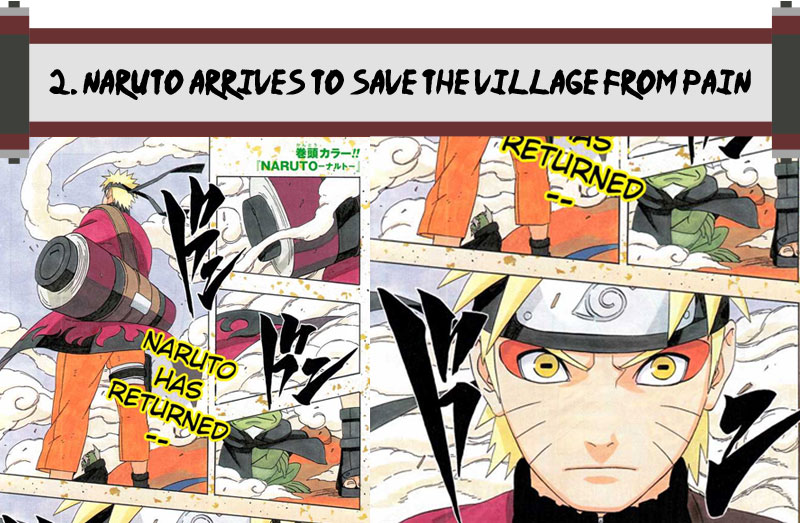 Via utakata-rokubi.deviantart.com
Just when all hope is lost, Naruto arrives and it couldn’t have been more epic. As soon as he came back, with his sage mode intact, he felt how much damage had been done and how many people died. We all sensed that an epic battle was about to take place between the two pupils of Master Jiraiya.
During this arc, we witnessed a lot of epic and heartbreaking moments such as, Konohamaru using the rasengan and Kakashi dying. We also wondered for a very long time what Naruto will be like if more tails were to appear. In this battle we saw up to 8 of the Kyuubi’s tails come out, and luckily his dad appeared to prevent further trouble.
The battle ended with Nagato entrusting Naruto to fulfill his dream of peace in this never ending cycle of hatred. Let us also remember how relieved we were when Nagato brought the people, who died during his invasion, back to life.
In the beginning of the story, the village despised Naruto for having a Kyuubi inside of him, but now he is acknowledged by the whole village as a hero worthy of becoming Hokage. 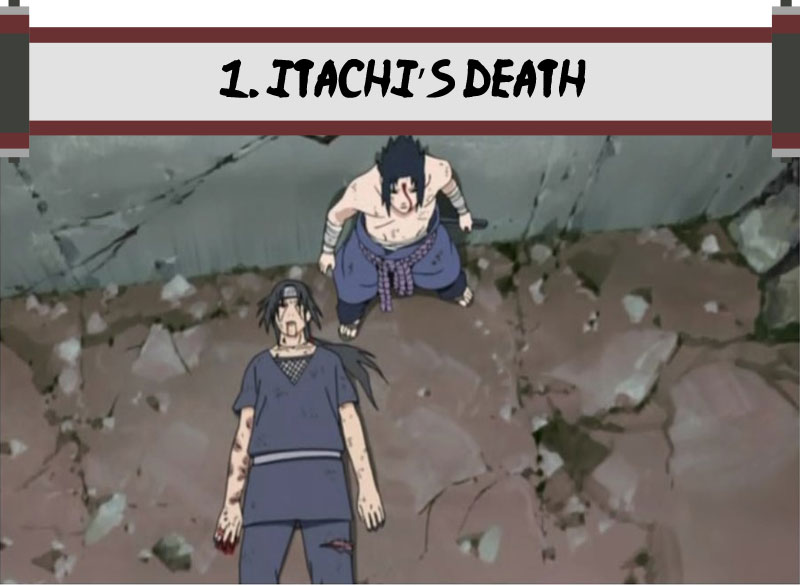 Via jiigoku-chan.deviantart.com
Remember how much we waited for this battle ever since we were kids? Before the start of the fight we were betting on Sasuke because we thought he was finally at par with his brother, but well… not yet. Itachi chose his death. In the last part, we all thought that he was going to take Sasuke’s eyes but instead he poked his forehead, which symbolized the memory and relationship they once had.
Itachi’s death wasn’t that depressing till we learned the whole truth about him. The truth hurt so bad that it got Sasuke to awaken his mangekyou sharingan. I think we can all agree that Itachi suffered the most in the manga. After killing his parents, leaving the village and being regarded as an S-Class criminal, he still protected Konoha from the shadows and died with a smile at the very end.
We have never seen a life end in such a tragic but beautiful way.
Do you remember these moments? Do you have something in mind that should be in this list? Share them all at the Comments Section below!