8 Reasons Why Hollywood-Made TV Dramas Aren't All That Perfect. 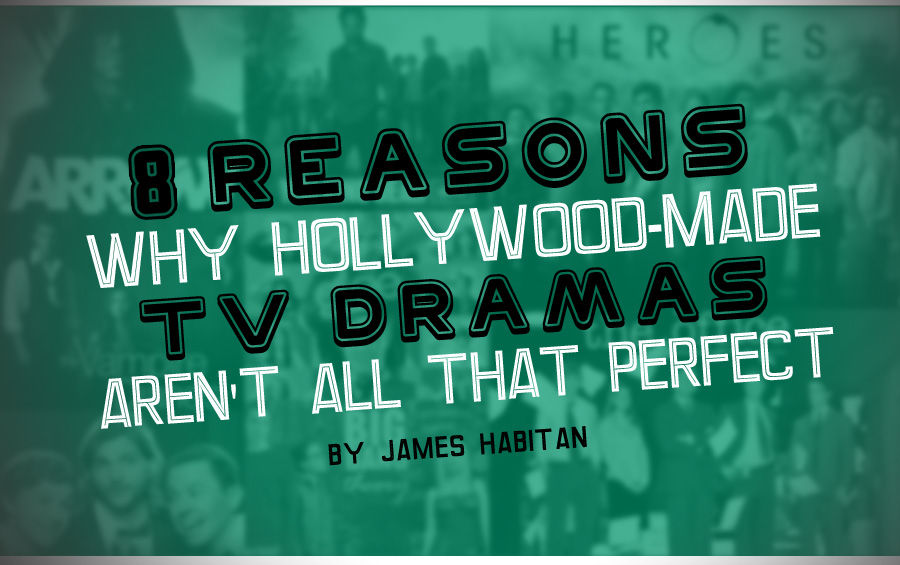 [dropcap letter="D"]o you feel annoyed when the media hypes and brags about our local TV soaps being "mala-Hollywood" or "pang-Hollywood ang dating"? Well, you're not alone. Just because a show's special effects, acting, and over-all production values are supposedly up-to-par with our counterparts on the other side of the world doesn't mean it can really be compared with the big league that is Hollywood*.
I mean, I don't hear any clamor coming from other Asian countries trying to level up the playing field with the US, so why should we? Hollywood, or the US television industry, basically isn't all that perfect. As a long-time viewer of shows like “Kyle XY,” “Highlander,” “90210,” and “Terminator: The Sarah Connor Chronicles,” I've probably seen just about everything that is good and bad about American TV.
Here, I listed 8 reasons why shows from Hollywood aren't all perfect as you thought them to be. For a better comparison, I'll be basing my reasons on dramas and dramedies, and excluding situational comedies. 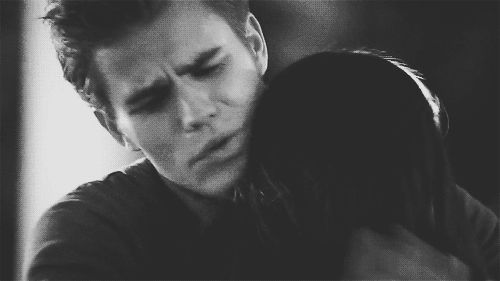 I can safely say that stereotypes about different TV characters are universal: the star-crossed lovers (Stefan and Elena of “The Vampire Diaries”), the comic relief (Stiles of “Teen Wolf”), the outcast (Jenna of “Awkward”), the popular mean girl (Kelly of “Beverly Hills 90210”), the medyo bad boy (Damon of TVD), the overbearing parent (Victoria Grayson of “Revenge”), the dastardly villain (Skylar of “Heroes”), the power-hungry politician (Frank Underwood of “House of Cards”), and so much more.
In every show, you'll see a character or a storyline that fits a certain stereotype. How they are written to behave or act fits a certain trope, which basically gives you an idea where they are expected to go from point A to point B. The biggest question, though, is how they are going get there, and you'll see patterns of how getting to Plot B is done. 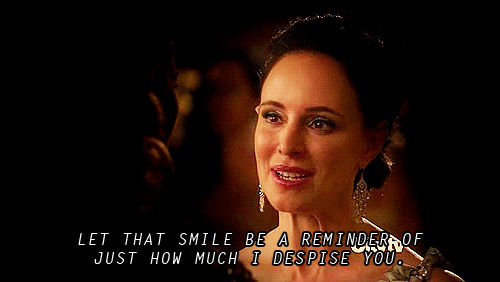 Acting is never easy as it makes out to be. You just don't read a script, say the lines, and "act" in front of a camera. You have to be in character the way the writer envisions you to be. When writing dialogue in a script for a television show, it's important that you have to make it as understandable as possible for the audience to comprehend it better. In addition, norms are to be highly considered because it's not always black and white.
There are actors who really do talk like they're performing in a play when they're acting. Every actor has a different approach, depending on how deep they are in character. There's one show, “Revenge,” where there are characters that speak in a tone that tends to trend towards the theatrical, and in the context of the show, it makes sense. 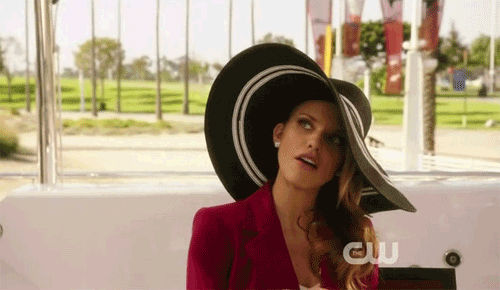 If a TV character is financially well-off, there is no excuse for you to look like a peasant inside your big-boy mansion. You're at the top of the corporate ladder, your wife is a schemer behind your back, you have a spoiled brat who you are grooming to be your next successor in the business, you can play polo and golf anytime you want and you have all the money in the world to hire thugs to kill your enemies. Isn't that right, Conrad Grayson (“Revenge”)?
So what if Christopher de Leon is wearing a suit at home in “Pahiram ng Sandali”? His character is a  sought-after lawyer, is it not? What do you expect rich people in a TV show to wear when they're walking around in their home, a tank top and a pair of puruntong? 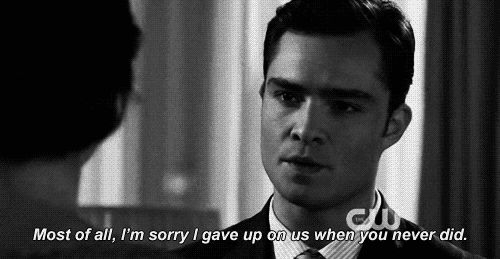 The basic formula just goes like this:  You walk into a scene. You stop. You talk. And then you walk again. Repeat the process.
Actually, this still exists in US TV. You just don't notice it, but actors with theater backgrounds were initially trained in this type of methodology and it grew from there as later generation of actors got their first taste of acting initially on soaps, eventually spilling over on primetime shows. That along with production sets that give off an illusion of actual interiors (or even exteriors) of a building or a house, and knowing your blocking as per basic acting 101, they go along just fine. Plus, going for a very telenovela-esque style has its plus sides if done right.

Contrary to popular belief, not all US TV shows air new episodes once a week. Shows like “As the World Turns,” “General Hospital,” and “The Bold and the Beautiful” air new episodes five days a week. American soaps are basically the reasons for the very existence of telenovelas and teleseryes in the first place (if we go all the way to the genre's radio days).
Not a lot of Pinoys know this, but there is a high casualty rate among TV shows in the United States.
For example: A TV network debuts five new shows, all starting out with 13 episodes with the hopes of getting more down the road. A back-order of more episodes is given to three of them because they rated well while the remaining two that rated rather poorly get canceled. Imagine the pressure for people running a show to survive their first year on the air.
The problem now for the other three shows is that they need to perform well in the ratings enough to get considered for another season. If any of them are at the bottom of the totem pole in the network's line-up, consider them as certain to be canceled. Most canceled shows don't even have the benefit of filming an ending to tie up loose-ends, leaving viewers hanging with a cliffhanger that will forever be left unsolved (“Kyle XY,” “Flash Forward”). At least other countries have it better (especially ours), where there's a sure beginning, middle and end.
Furthermore, ratings gradually decline over the years in every season, so unless you're a show like “Law & Order,” “NCIS,” and “CSI,” you won't live beyond a 10th season. 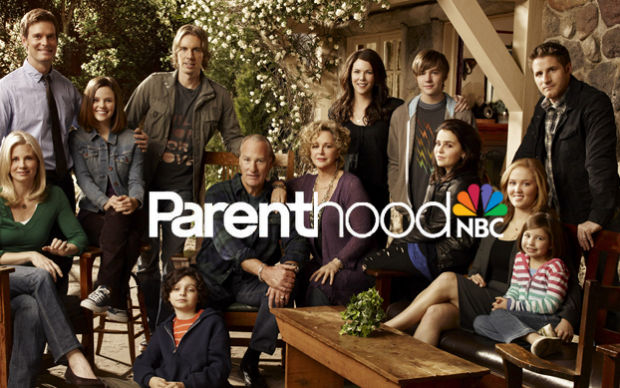 Attracting viewers with star power isn't particularly new to anyone in the industry in any part of the world.
Besides, actors with impressive acting resumes helps sell a show, such are the cases of “Brothers & Sisters” (Calixta Flockhart, Sally Field, Peter Krause), “Parenthood” (Craig T. Nelson, Peter Krause, Lauren Graham), and “American Horror Story: Murder House” (Connie Britton, Jessica Lange, Dylan McDermott). A show with a cast of relative unknowns is a hard-sell, so if it’s not promoted right, then it's done for. 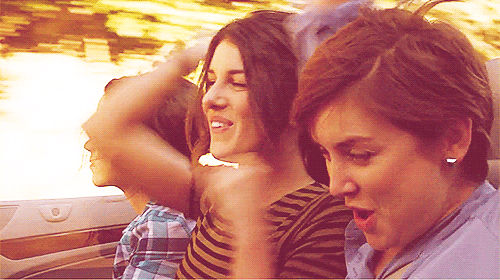 We complain that our actors looks so telegenic on TV. But are we the only ones complaining on seeing the same pretty faces gracing our screens day in and day out?
A common problem with most shows in the US is how much they are lacking in diversity, casting mostly young pretty people who look like models and have them booked in roles. Actors in their 20s and even early 30s get to even play teenagers, so where's the reality in that?
In recent years, however, shows such as “Switched at Birth” (which features deaf actors), “Nikita” (the title character is Asian-American), “The Fosters” (centers on mixed/non-traditional families), and “Drop Dead Diva” (about a soul of a self-absorbed model stuck in a full-figured woman's body) proved that diversity can still be achieved and be able to represent people that viewers can truly relate.
TV has a long way to go before all the taboos can be broken. 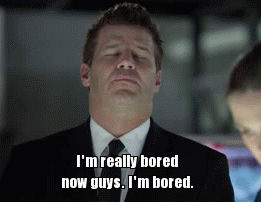 US TV shows are mostly composed of procedural dramas, from cop shows such as “NYPD Blue,” “Castle,” “Bones,” and “Criminal Minds,” to medical dramas such as “House M.D.,” “ER,” “Private Practice,” and “The Night Shift”. I'm pretty sure shows like these are as oversaturated there as our soaps are here in our country. If you find our teleseryes generic, then so are American procedurals.
As they say, kanya-kanyang trip lang 'yan.
The reason why they are called "procedurals" in the first place is because they always follow a certain format or set-up in every each and every episode: Major characters face a personal/work problem at the start of every episode and that is Plot A, they receive their case of the week and that is Plot B. Featured characters try to figure out the case and find themselves relating to it in the process. They finally solve Plot B, which opens up a resolution for Plot A. The End. Repeat Process.
Shows try to be a little different from their counterparts but they end up all being generically the same because they know they don't want to confuse nor drive away the audience by any attempts of doing an over-arching and season-long storyline which may end up unresolved if a show gets canceled.
Basically, every country has its own pluses and minuses in the making of their own shows. It's just that we don't have to go to a point of trying to match them to a standard that we will never obtain. If we are to upgrade our teleseryes, then it is not to be oa f "Hollywood-type” level, because US TV is US TV and it can never be the gold standard of everything even if we wanted to. We can only improve what we already have to strive high.
We can produce better quality programming, producers just have to know their audience well enough to go forward with progressive and pioneering concepts for Philippine television while still being able to play around the limits of what they can do in order to churn-up stories that tackles real-life issues affecting not just a particular type of demographic, but to everyone else. Screw the focus groups and don't play it safe, I say.
*Not all shows in the US are made in Hollywood. American shows are not all made in one particular place alone.
Do you agree or disagree with the points raised in this article? Share in the Comments Section below.