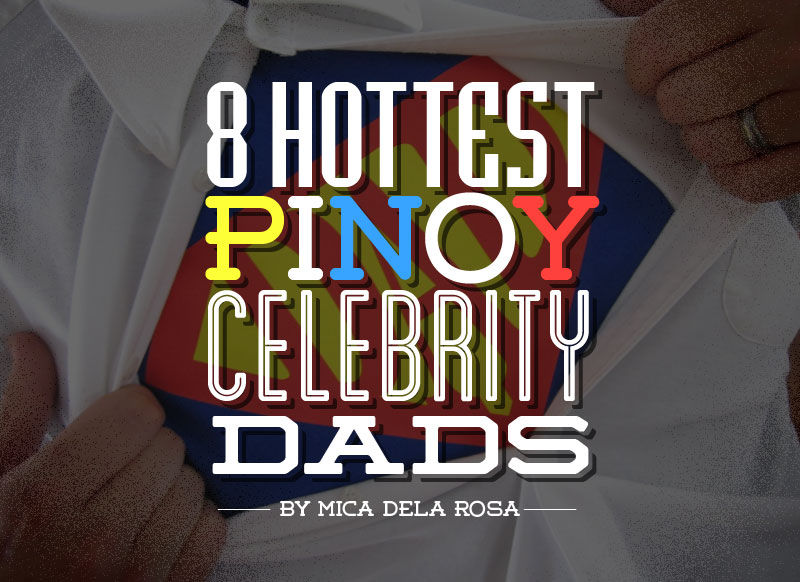 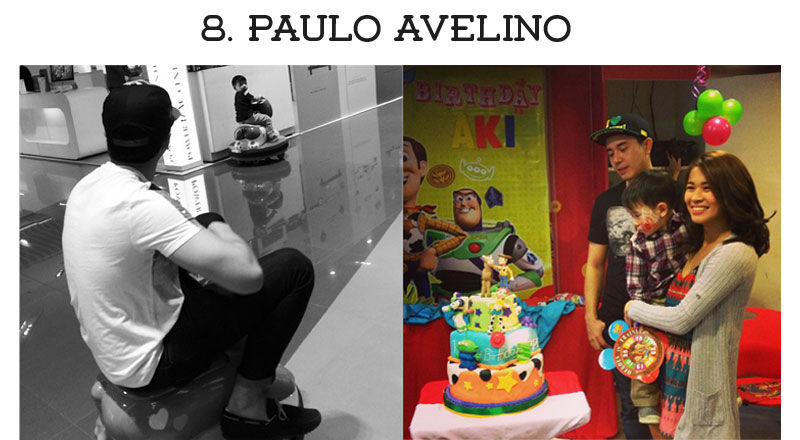 The actor starred in his first father role as Diego Layer, a reformed thief in the ABS-CBN primetime series "Honesto." In real life, he’s a devoted dad to Ethan Akio (or Aki), his son with the Kapuso actress LJ Reyes. Paulo shares their father-and-son bonding moments in his Instagram account---you'll see them driving kiddie rides at the mall and blowing candles during his 26th birthday last May. 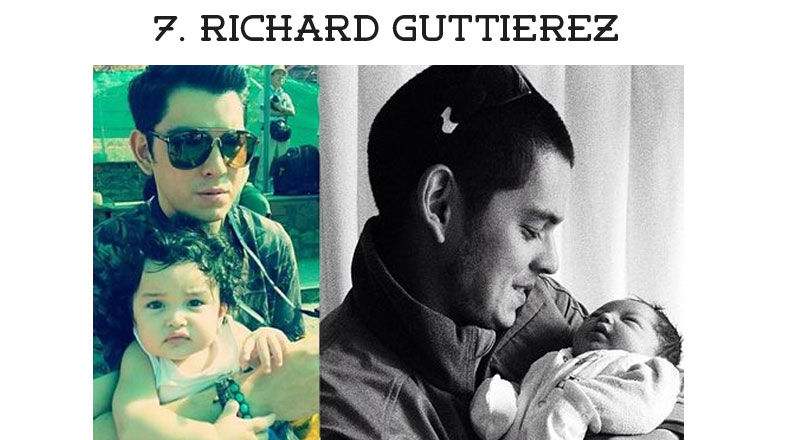 Yes, I’m giving you a little moment to absorb this picture. *sighs*
After the big revelation during the 2nd episode of the reality series "It Takes Gutz to be a Guttierez," Richard and his girlfriend Sarah Lahbati take pride in being overjoyed parents to one-year-old Zion, whose cuteness is as overpowering as his curly hair. And things are just getting better for the Gutierrezes especially this past Father’s Day weekend, with #ziontheyounglion’s star-studded christening and belated birthday celebration. 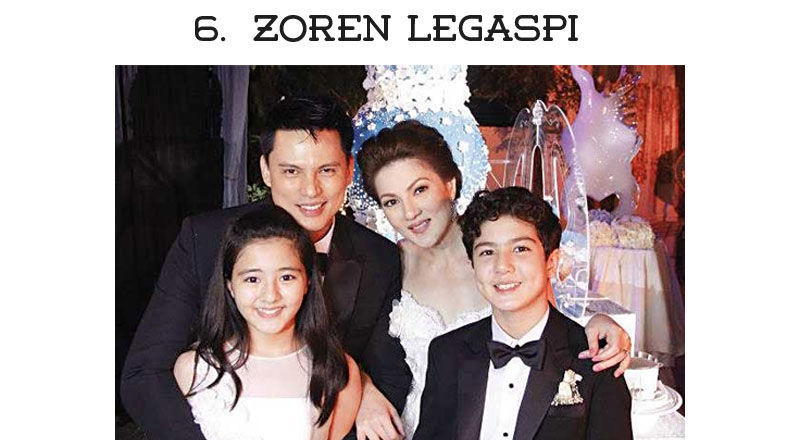 If you have no idea who this one hell of a handsome guy is, you’ve must have been living under a cave. Not a day goes by without seeing Zoren, his gorgeous wife Carmina and their equally good-looking twins Mavy and Cassy on television screens, due to their extensive line-up of endorsements. Actually, I don’t mind seeing this charming dad every single day. It’s just impossible not to swoon. 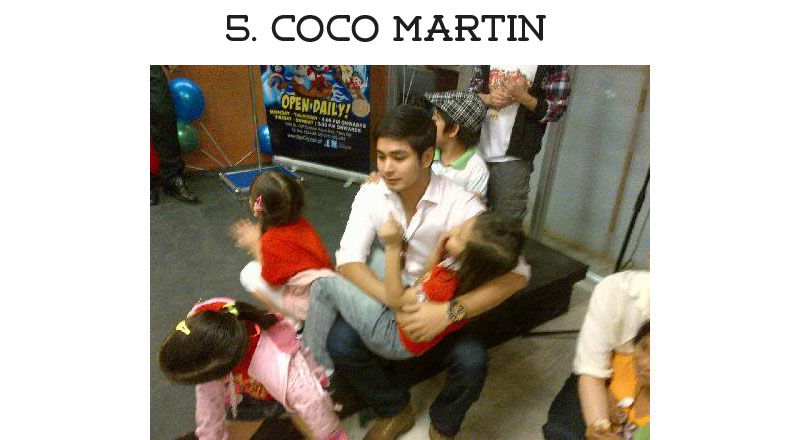 It’s inevitable to describe him in this way. Given that he has lots of supporters, anyone will have to agree when I say: Despite having admitted that Katherine Luna’s son was actually not his biological spawn after the results of the paternity proved to be negative, Coco still wanted to take responsibility of the child, as stated in his interview with Boy Abunda. Now this is a noble decision on his part, so maybe there’s nothing wrong with greeting him a Happy Father’s Day. It’s well-deserved. 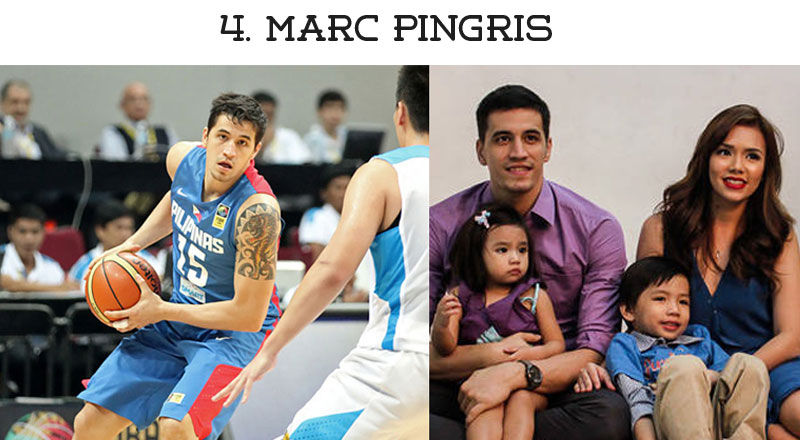 One of the leading players of Gilas Pilipinas and the Power Forward of San Mig Coffee Mixers, Marc Pingris is a favorite among Filipinos in the hardcourt. Standing six feet four inches tall and bestowed with mestizo features from his French father, he’s married to the actress Danica Sotto (daughter of Vic Sotto and Dina Bonnevie) and blessed with two kids: Mic and Cayla. From his humble beginnings in Pangasinan, Marc knew the importance of perseverance at an early age, and this drove him further in providing for his family and taking care of their future. Hands down, he’s one of the most hard working (and good-looking) daddies we’d ever known.

At one point, Piolo was ready to turn his back from world of showbiz and settle for a quiet life in America with his 16-year-old son Iñigo. However, Iñigo's objections and the box-office success of "Starting Over Again," his rom-com film with Toni Gonzaga and Iza Calzado, prevented him from doing so. This eventually led to Iñigo’s upcoming debut in "Relax, It’s Just Pag-ibig," an indie film co-produced by Piolo himself.
Because of this, there are two things we could say to the Ultimate Heartthrob this Father’s Day. In Toni’s words, “I LOVE YOU PIOLOOOOOO!” And in the midst of the controversies, the tagline speaks for a little advice: Magpakatotoo ka. 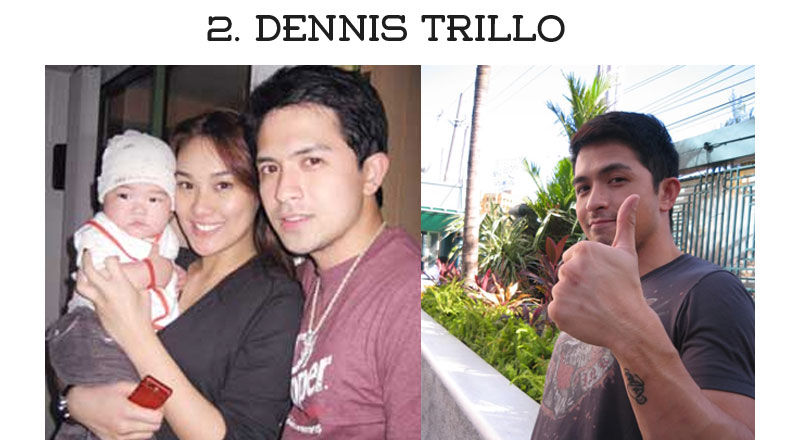 People couldn’t help but be drawn Dennis’ appeal and charisma when he portrays a certain role, whether it’s gay or not. And a fact remains that this Kapuso star had once more captivated the hearts of audiences, gays and straights alike, with his performance in the top-rating drama "My Husband’s Lover" on GMA 7. Fortunately, his successful career is balanced with dedicating time for no one else but Calix, his six-year old son with former girlfriend and beauty queen Carlene Aguilar. After their controversial breakup in 2007 and issues over custody, he finally found peace and is now concentrated on being the best actor and the best dad to his kid. Hats off! 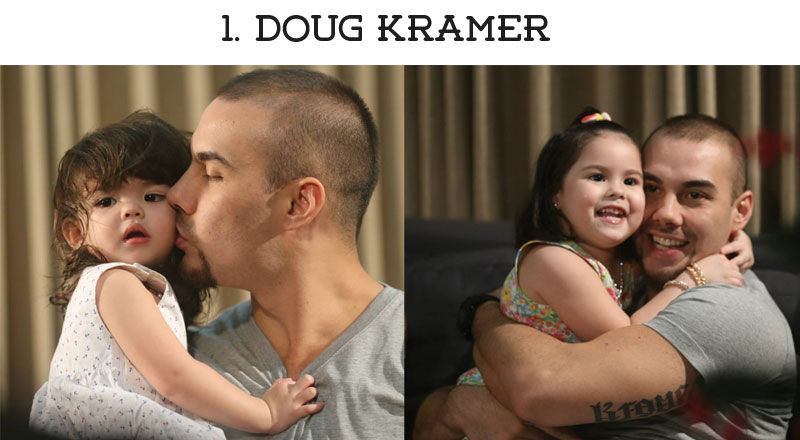 Everybody loves #TeamKramer! Although Doug Kramer is currently the Power Forward to San Miguel Beermen, he has another phenomenal team of his own. With their popularity in the social media, netizens really couldn’t get enough of Doug, his wife and actress-TV host Cheska Garcia, and their adorable kids Kendra, Scarlett and Gavin, whose charms are just bursting at the seams.
Who are your favorite celebrity dads? Let's talk about them (and swoon) in the Comments Section.