Can we call this year the Golden Age of food in Manila? Because a lot of great restaurant concepts that have emerged—from international franchises to hole-in-the wall joints—and continue to take shape in different cities, because a lot of young chefs are revolutionizing food, and because so many new establishments are embracing Filipino cuisine,constantly making it better. Also, because our palates have never been the same.

Here are some of the most sought-after places that a lot of people enjoyed this year; 8 restaurants that made 2014 extremely delicious. 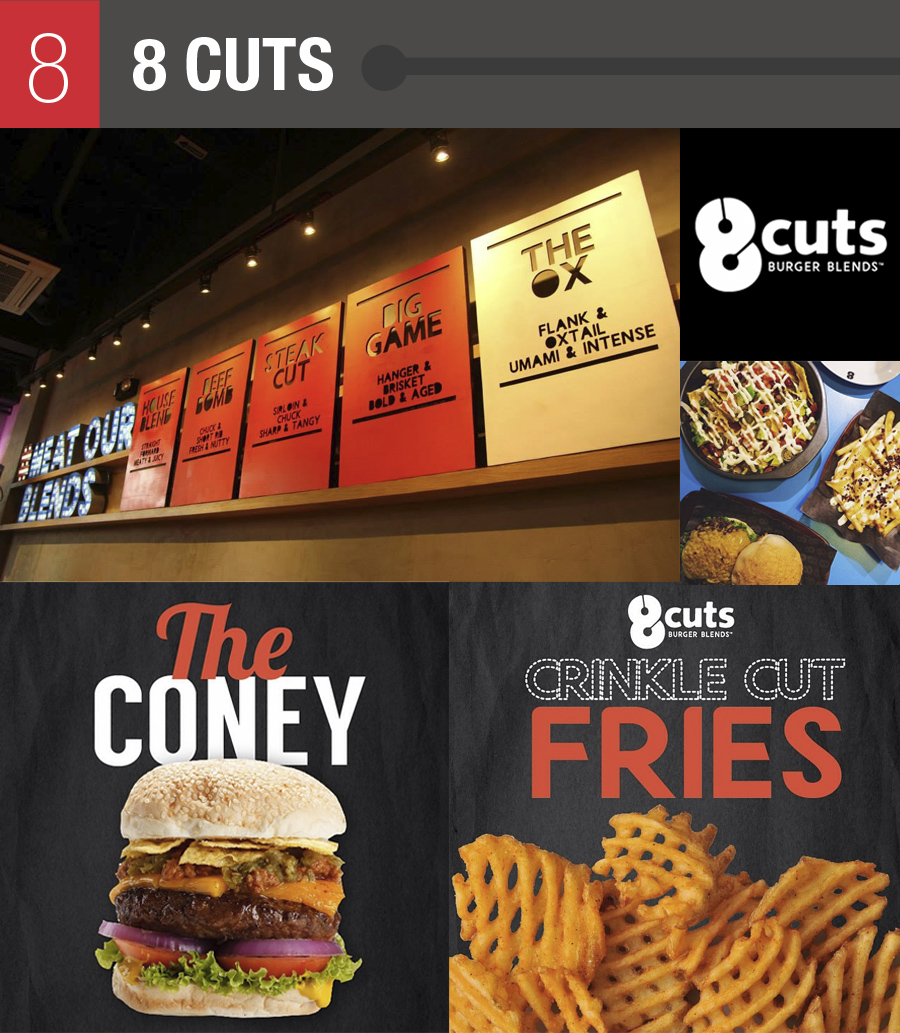 Burgers were huge this year, and one of the restaurants that stood out is 8 Cuts Burger Blends, a concept from the same guys that brought us Burger Bar.

The brand boasts of a wide selection of burgers with premium beef cuts, which include the chuck, rib eye, short rib, sirloin, brisket, hanger, flank and ox tail. Customers can also choose from different buns (sesame, brioche, and kaiser).

There are to many combinations to choose from (their homemade sauces and toppings alone could already make you have a hard time deciding), but some of the biggest hits are the Four Cheese and Bleu Cheese burgers. For the non-meat eaters, there's the Mushroom & Rice Burger, which is made of a shiitake/button mushroom vegan patty and brown rice. 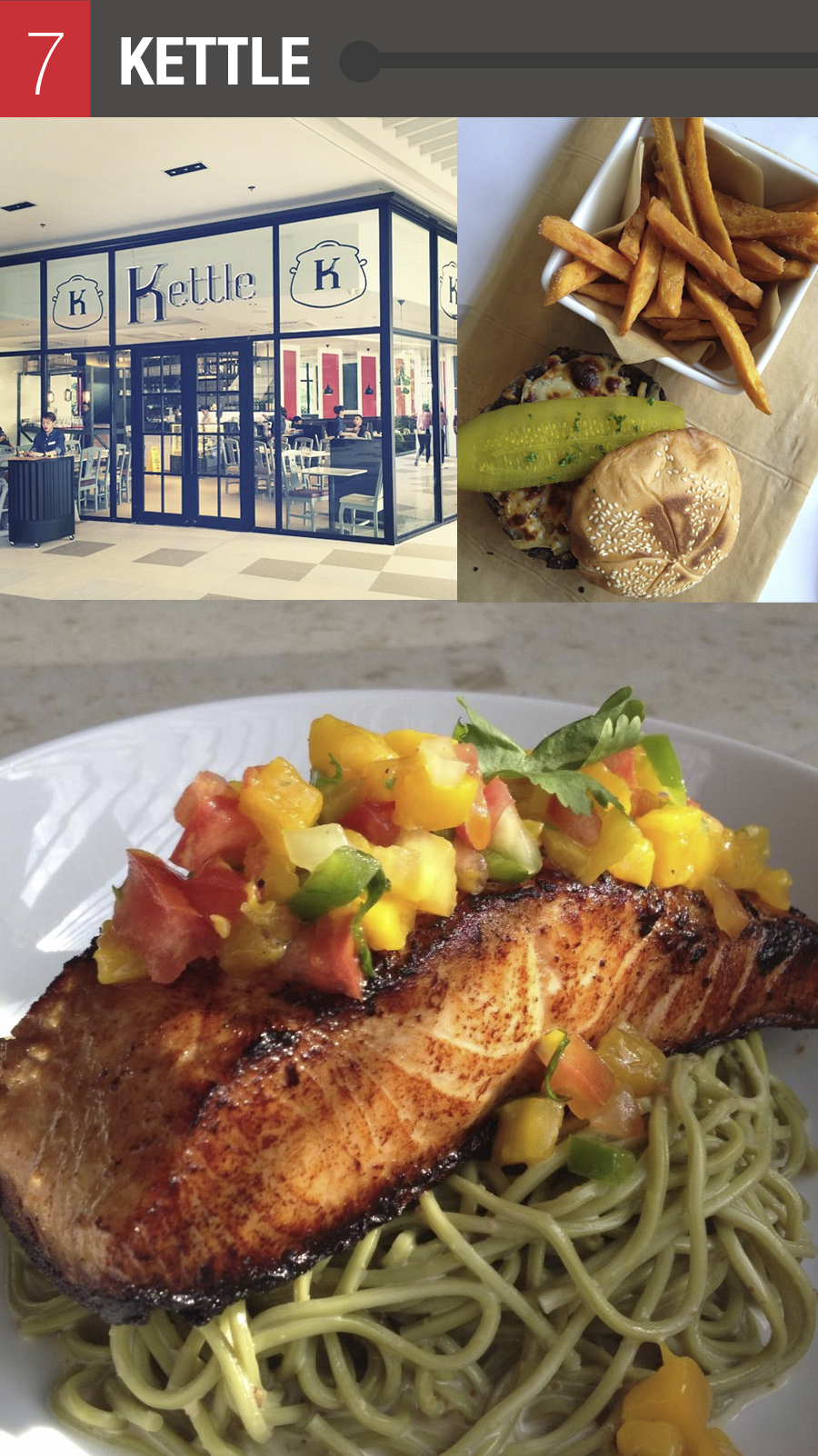 Shangri-La Plaza's East Wing, which opened earlier this year, introduced a number of great restaurants with excellent concepts. One of which is Kettle, which concentrates on the classics--best sellers include Reuben and the po’ boy sandwiches, the towering pork and potato strips, and the crowd favorite: buttermilk fried chicken served with cornbread muffins and some cajun honey. The food isn't cheap, but the servings are generous, so most of the dishes are good for sharing. 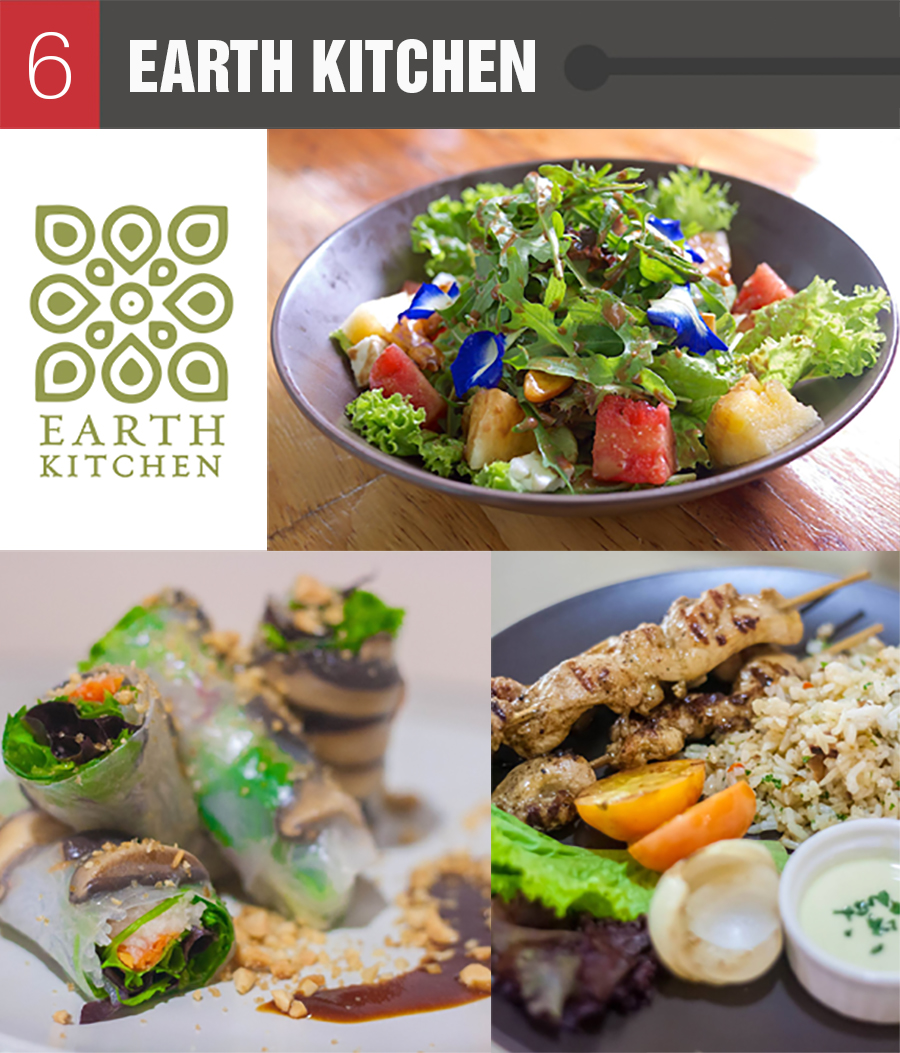 The kilometer-stretch of Katipunan Avenue/White Plains area has a diverse set of restaurants, and this year, this is the one that stood out. This is place is made of the good stuff, and we’re not just talking about the food. The restaurant, which is in partnership with Got Heart Foundation, supports local farmers and indigenous communities in the Philippines.

Some of the best sellers include the  Pumpkin and Goat’s Cheese Paccherri, which contains roasted pumpkin, bacon, and decorated with some edible flowers; the prawn and mushroom spring rolls; and for dessert, the homemade vanilla peanut butter crunch ice cream (made from carabao's milk). 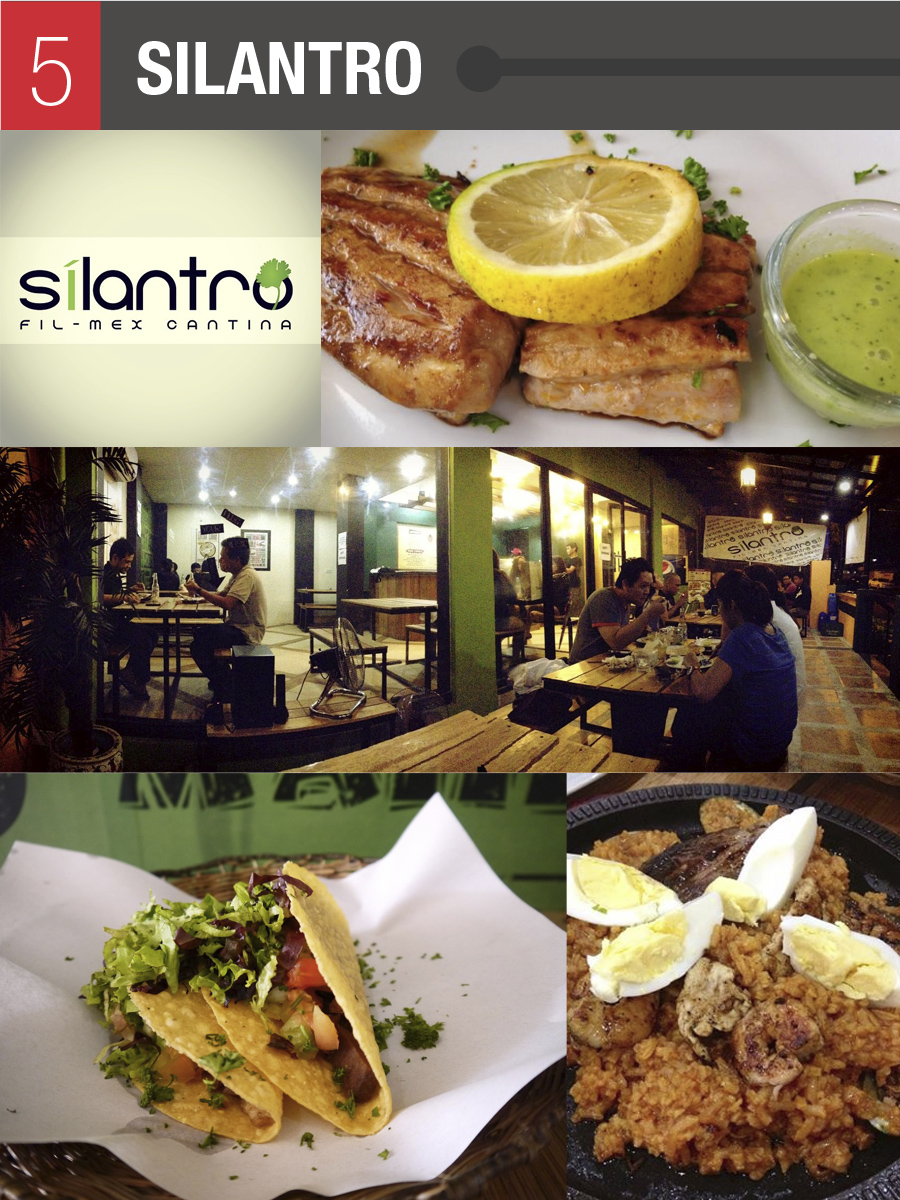 Serious, trying times await those who go to Silantro during peak hours. The long lines alone will tell you that this place was one of the biggest hits in the food-famous Kapitolyo this year. Silantro, a Fil-Mex restaurant, is where you should go if you're craving Mexican food but don't want to shell out that much cash. Must-tries include the generous serving of beef nachos, hard or soft tacos, quesadillas (served with fries, so you'll be stuffed!) and the burrito served with guac and sour cream. Match these with the affordable cocktails and beers and you'll surely be back for more. 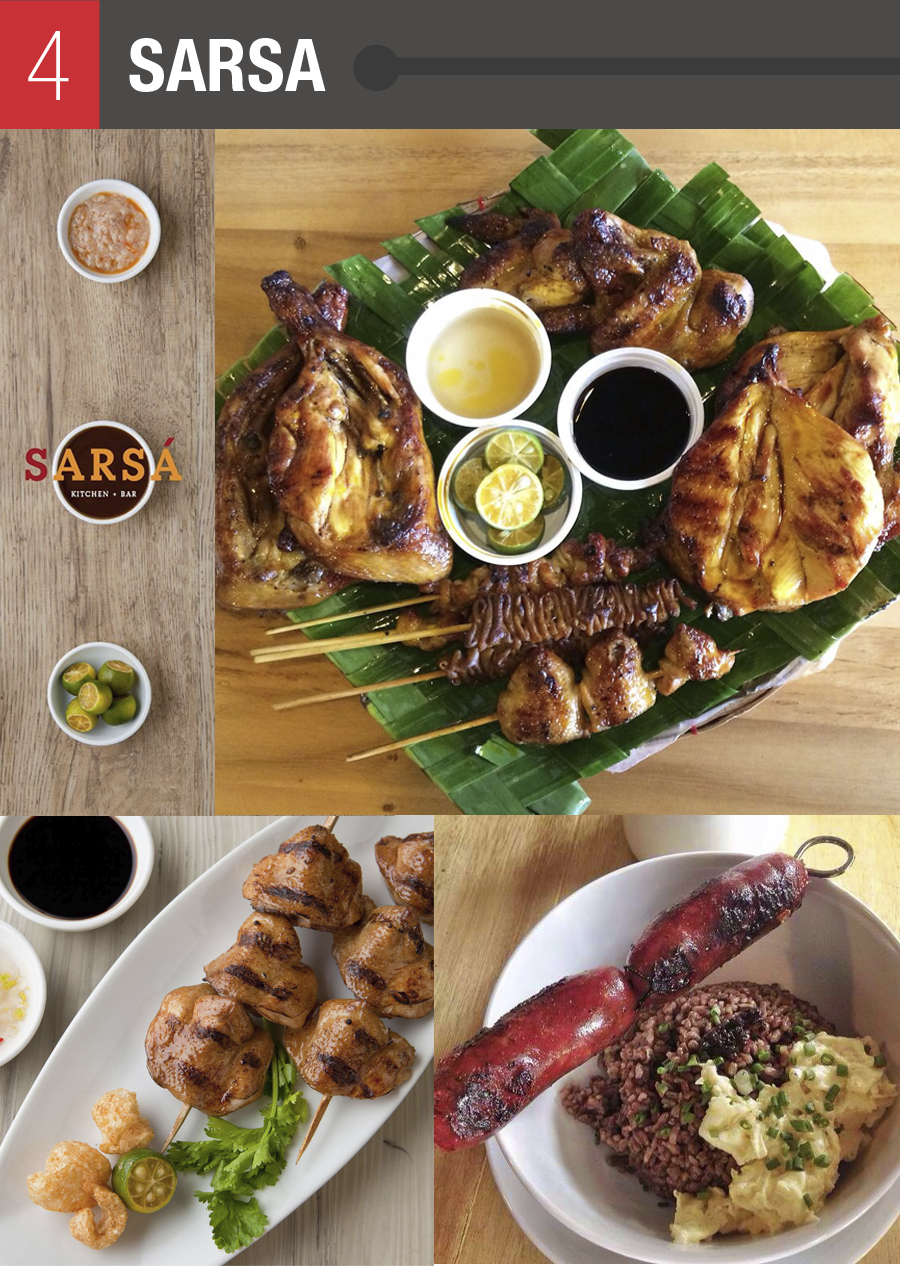 This is not exactly the healthiest restaurant out there (their dinuguan is made of chicharon bulaklak), but this is definitely Filipino comfort food done right—thick sauces (kare-kare), flavorful soup (batchoy), textured combinations (pork belly with gata and chili sauce), and of course, loads of flavorful meat. Chef JP Anglo has created a menu that is familiar yet innovative. The price tags are wallet-friendly, too! 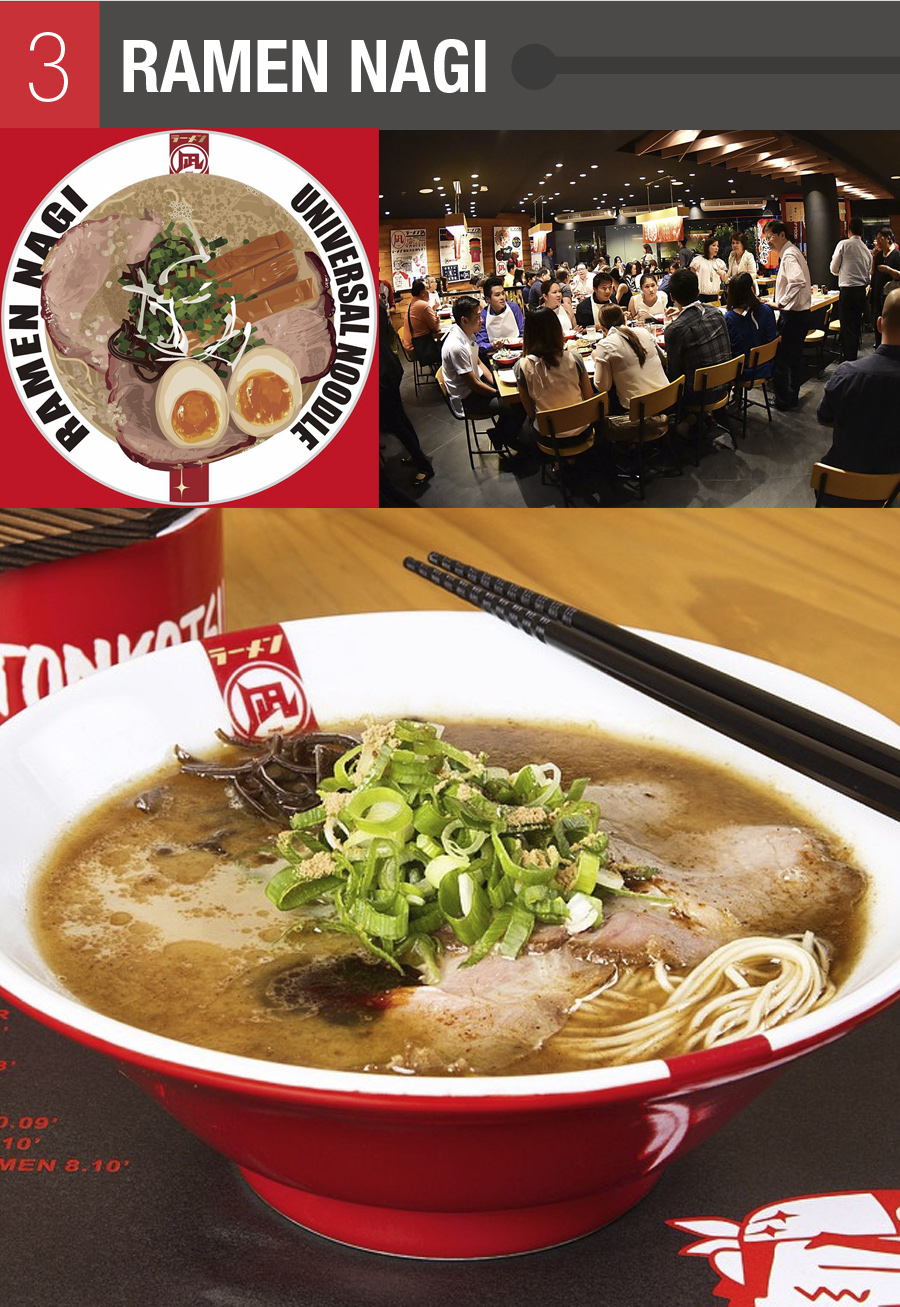 Those who have experienced the famous Butao Ramen from Hong Kong probably danced with joy when Ramen Nagi opened in the Philippines. A lot of ramen bars continue to be big hits in Manila, but this one definitely stands out.Here, you'll fill up an Omotenashi Sheet where you customize your bowl--two of the most famous bowls are the Black King (black sesame, Nagi spoices, minced pork, garlic and squid ink in silky broth with chashu) and the Original King (Nagi pork chashu in tonkotsu broth). 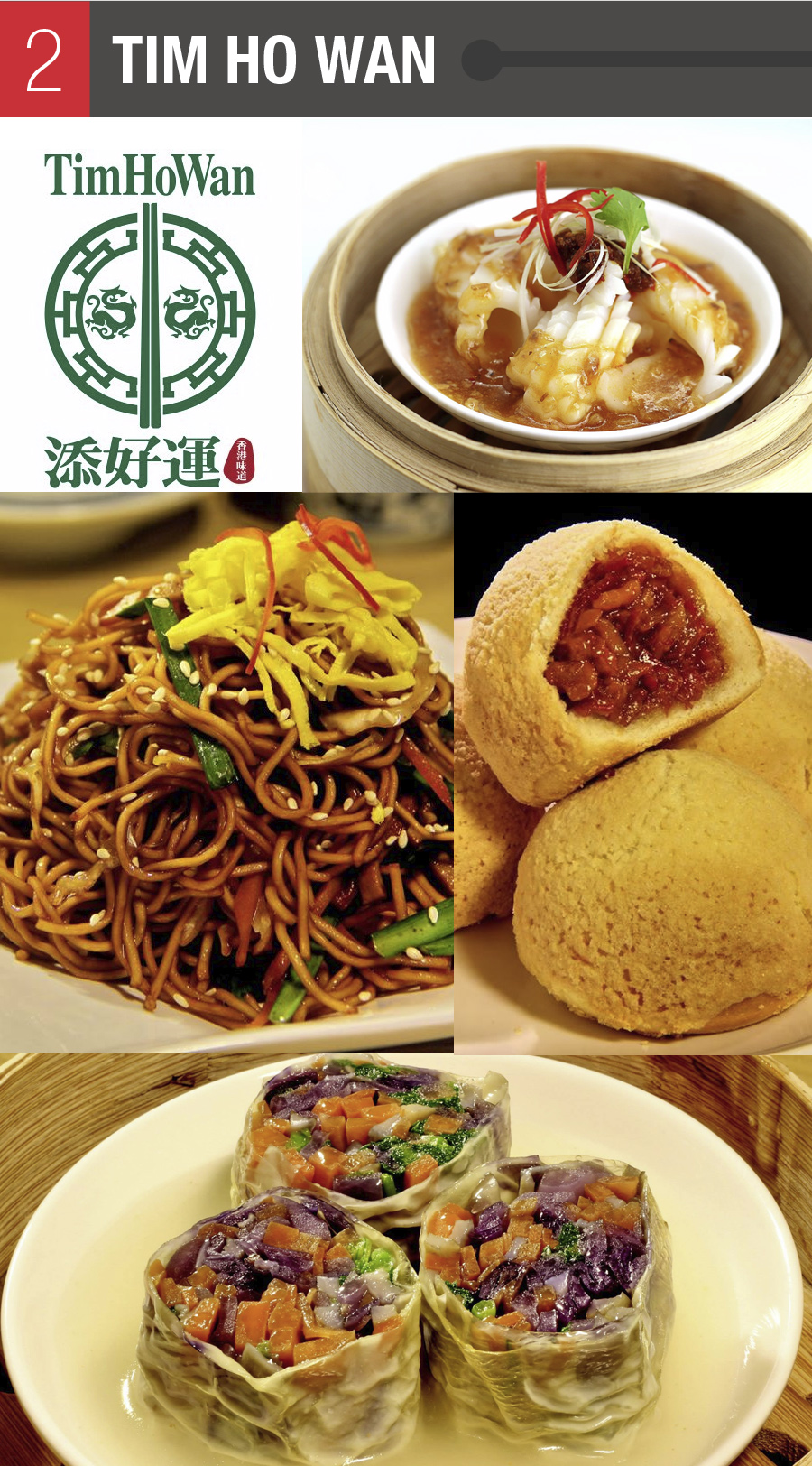 This one’s another franchise that people continue to patiently wait in line for. Also from Hong Kong, Tim Ho Wan is known for being the cheapest Michelin-starred restaurant in the world. Many would agree that the pork buns, the restaurant's best seller, are perfect: it's crumbly without being too loose on the outside, and the pork inside has the right combination of sweet and savory. These buns, along with the Steamed Egg Cake, Vermicelli Roll with Pig's Liver, and Pan-fried Carrot Cake are part of the "Four Heavenly Kings," the restaurant's four dishes that you shouldn't miss out on. 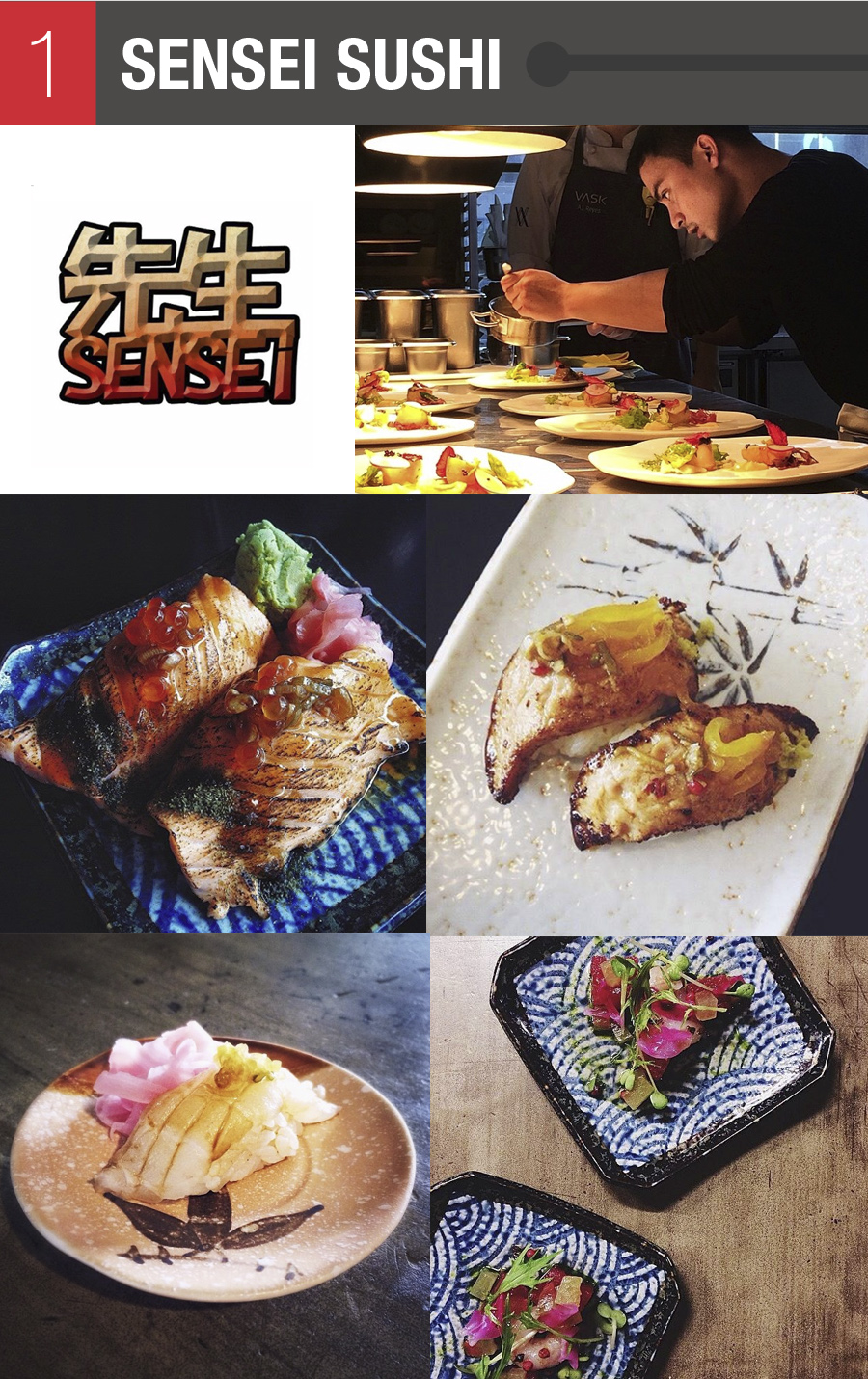 So many new chefs have emerged in Manila this year, and Bruce Ricketts is definitely one of the most creative. The 20-seater Sensei Sushi in BF Homes, Paranaque is known for its chef’s degustation or omakase, which is translated as “I'll leave it to you.” Basically, it’s the chef who decides what goes on the table, and all you need to do is watch the magic unfold. Walk-ins are also welcome, but it’s best if you give them a call first.

Chef Bruce has received a lot of great feedback on this one, that it didn’t take long before he and partners opened a new concept of seasonal tasting menu--“global cuisine with Japanese inflections”--in Bonifacio Global City. It's called Mecha Uma, a place that's slowly gaining well-deserved popularity.