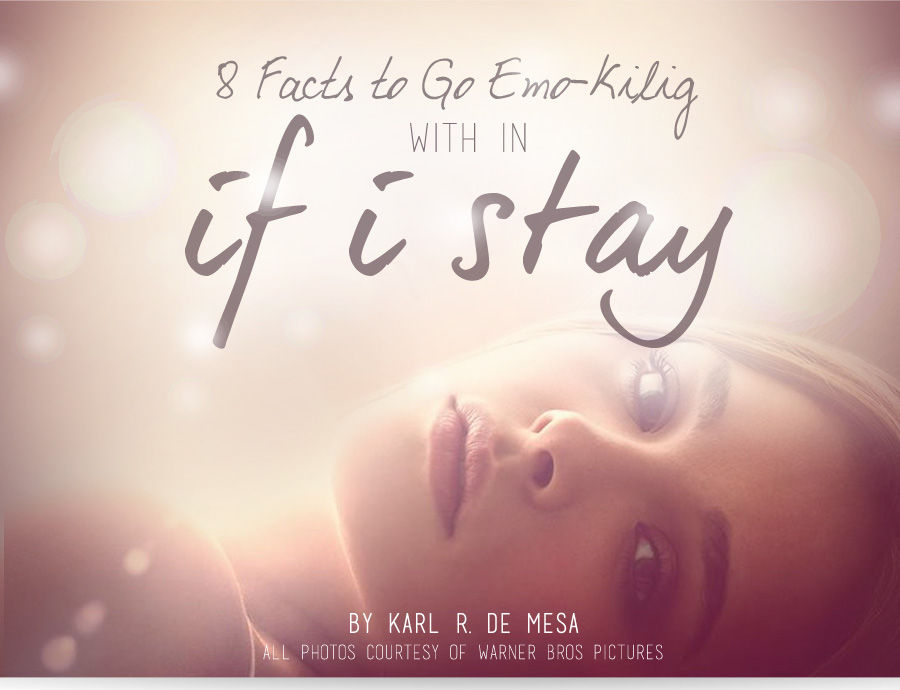 [dropcap letter="O"]r “The Non-Dangerous Live of a Cellist Who Flatlines Without Really Trying.” If you’re a ghost stuck in limbo, and wearing a one-piece body suit with a see-through skirt, it’s hard to tell the living you actually want to live.
Even Miss Hit Girl Chloe Grace Moretz can’t shore up the saccharine and “cry at gunpoint!” formula that overfloweth from this teen romance set to music (read: not a musical).
Before an accident changes her life, the phlegmatic and milquetoast Mia Hall’s (Chloe Grace Moretz ) life has always been infused with a rich soundtrack, because music has always been a priority in her house.
Her father was the drummer in a moderately famous local punk band before he became a teacher. Her mother carted Mia along to his gigs as a toddler and reveres women like Blondie’s Deborah Harry. Mia’s little brother, Teddy, who is already pretty good at drums himself, meantime, idolizes Iggy Pop. That kid has good taste.
With her heroes being Yo-Yo Ma and Beethoven, Mia is the musical sore thumb in the house of rockers because she wants to play the cello at Juilliard. All’s going well in the house of little miss Hall until the resident school rocker and hottie bad boy Adam Wilde, guitarist and frontman for upcoming prospect Willamette Stone, takes an interest in her and courts her with butter on cheese on  Oreo lines like “It’s too late, I see you.”
That is, until a horrid vehicular accident sidelines everyone’s plans and Mia flashbacks to the life she had, deciding, as an unseen and unheard ghost, if she should go back to the cruelty and beauty of the world.
Here’s eight things to go over the moon with your significant other, to prep you for this movie. 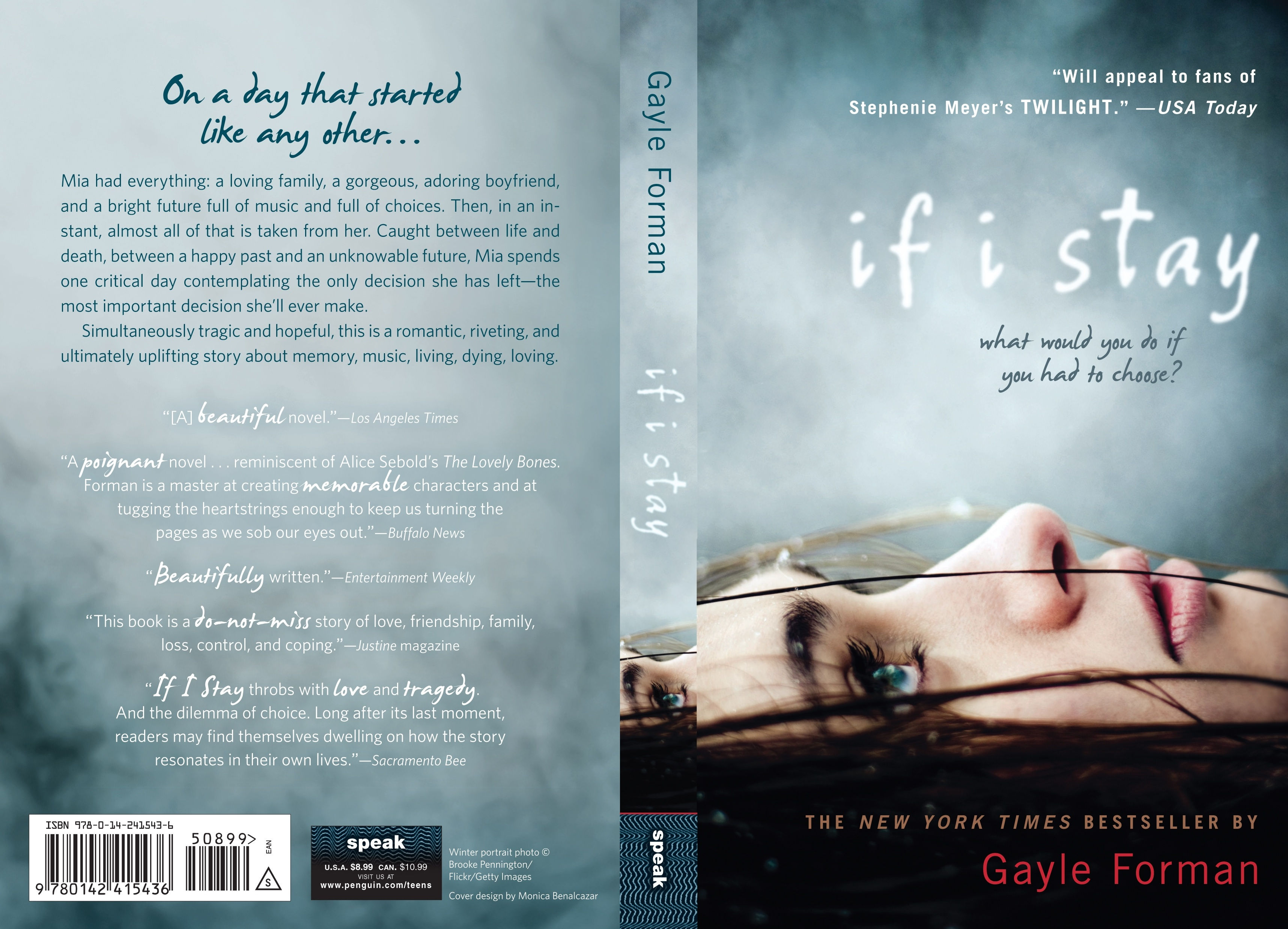 Author Gayle Forman, whose novel was the basis of the film was up on Cloud 9 about the adaptation: “Being able to actually viscerally experience watching Mia play the cello or seeing Adam and Mia actually jam together was a million times better than it could ever be in the book or in my head. I think the music is really going to resonate with viewers.” There’s also a sequel to “If I Stay” and it’s titled “Where She Went” which picks up several years after the events of the first book. 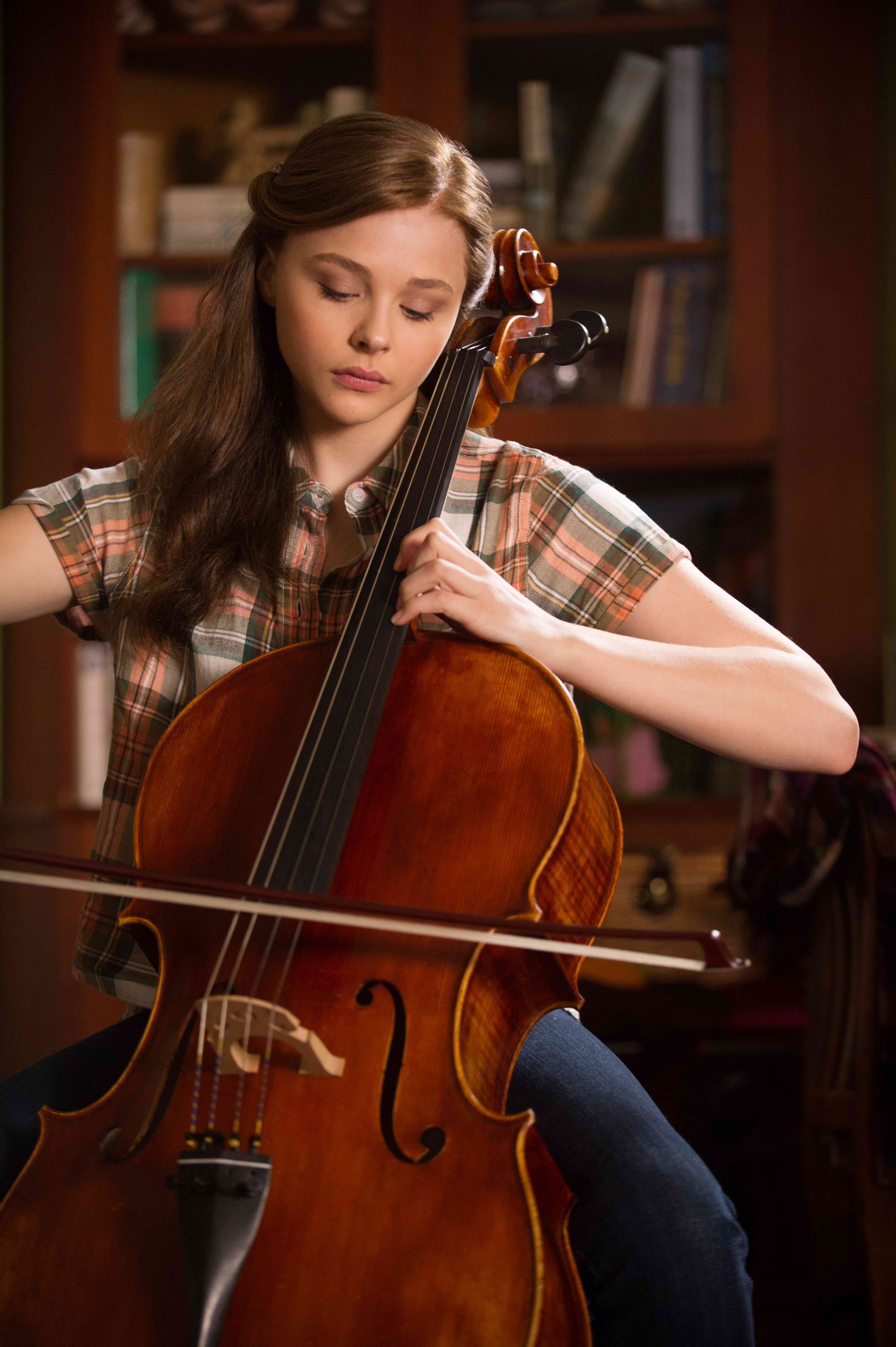 Director RJ Cutler arranged for lessons with a cello instructor for Moretz via Skype and in person during the busy months before Moretz would start “If I Stay.” He also wanted Moretz to have access to a cello—no matter where she was in the world.
“I’d come to these new locations and there’d always be this instrument lurking around, following me,” said Moretz. “From Leipzig, Germany to the middle of Louisiana, the hotel staff would give me a strange look and say, ‘Ma’am, there’s a cello for you downstairs,’” Moretz laughs. “But actually living with it constantly made a difference since, for cellists, it really is an extension of their body.”
Moretz also spent time studying classically trained cellists to prepare for the role. She also noticed many of the cellists she met were introverted—until they began to play: “It was fascinating to watch them transform before my eyes. They become so animated and so passionate through this instrument. And that helped me with Mia, because Mia speaks through her cello,” says Moretz.

The movie opens with a Cello Sonata by Beethoven and riffs through an array of music including Zoltan Kodaly, Bach, Buzzcocks, Beck, Sonic Youth, Blondie, Iggy Pop, and The Dandy Warhols.
And director RJ Cutler also gave MP3 players to his cast loaded with playlists that their characters would be listening to, since “they are defined by the music they love,” he explains.
To Chloe Grace Moretz, he gave music from the classical genre, as well as contemporary music that incorporated classical instruments, like Nirvana’s “Unplugged.” Cutler also included a lot of Mia's parents, Kat and Denny’s favorite music, which Mia grew up on: The Clash, Iggy Pop, David Bowie, Elvis Costello, The Smashing Pumpkins, Pearl Jam, as well as more contemporary Pacific Northwest-based music that would likely be in the world around her. The playlist for Jamie Blackley overlapped Moretz’s, but with less classical and more of a foundation in punk and grunge. Which would explain the next item... 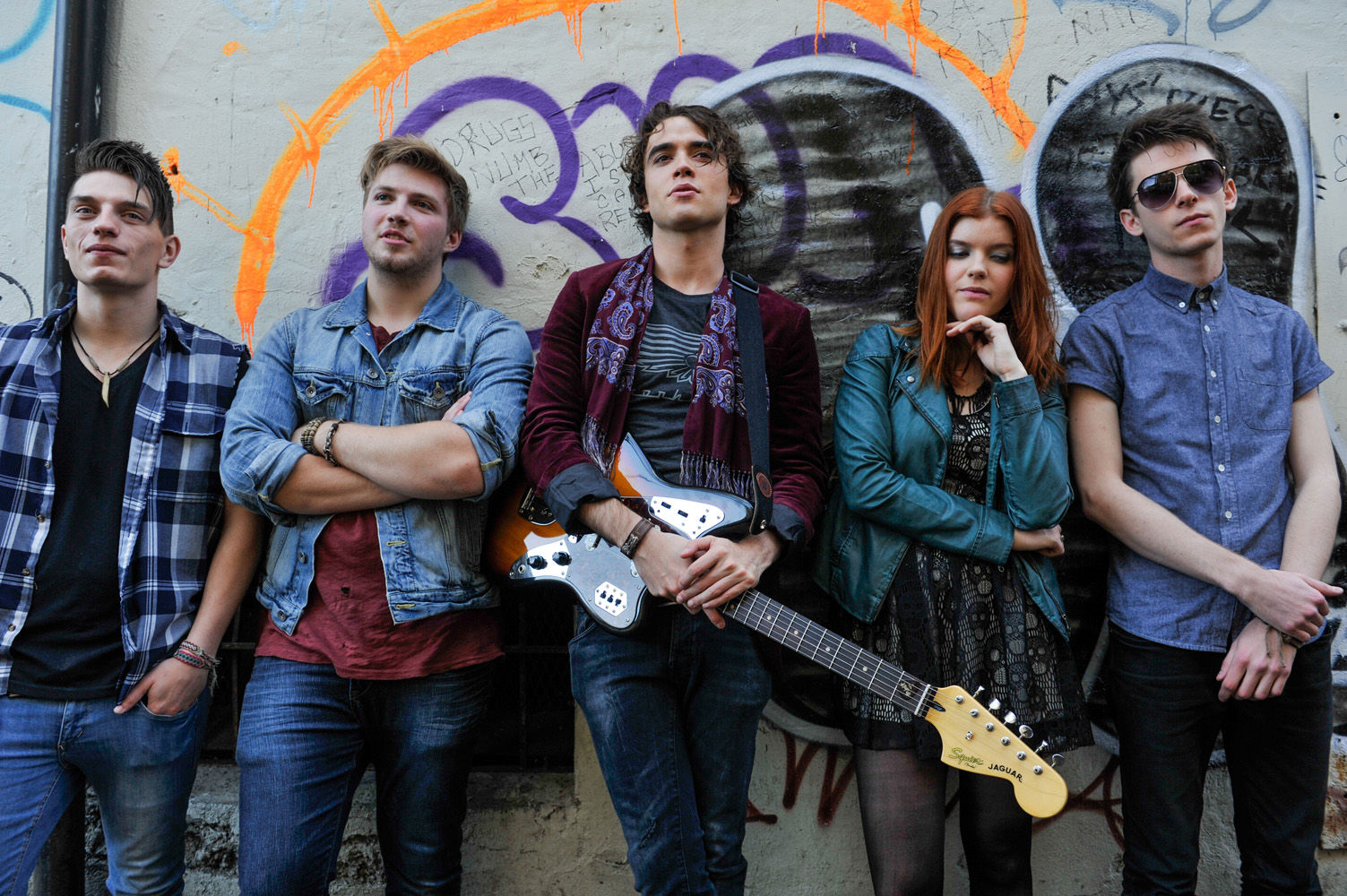 Adjusted a pitch lower, I think. But this impromptu jam is where cellist Mia finally collabs with Adam and her father’s bandmates. On a Smashing Pumpkins song, no less. Willamette Stone, again, is the name of the band that James Blackley as Adam Wilde fronts. He also really sings and plays guitar. 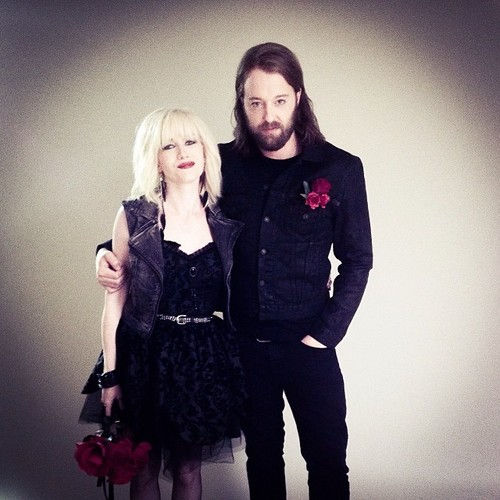 Imagine having Debby Harrry as your mom or Ian McKaye as your dad. At the very least the music at the house would be very cool and very loud. The way they also interact and embrace the “live in the moment” ethos is admirable and, yes, romantic.
They also provide context to Mia’s choice of music and her reluctance at being impromptu. “Mia’s parents embraced the punk ethos of living in the moment and the messiness of life and that’s just not who Mia is—she is a girl who needs order,” explained director R.J. Cutler. “She craves structure and form and it’s one of the reasons she was so attracted to the cello and why the moment she met her first cello she connected with it.” 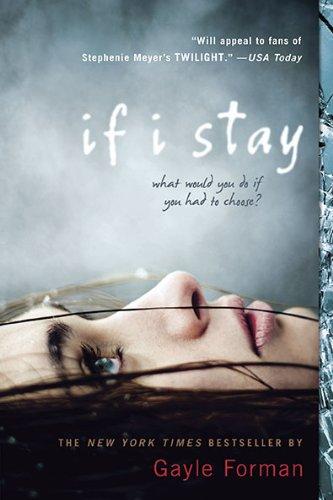 I guess she WOULD be good at knife-flipping.

James Blackley actually plays guitar and sings, but he brushed up with lessons from Simon Tong, some guy who played in this band with Damon Albarn called Gorillaz. And he actually, at a pivotal point in the movie, plays this song to his beloved Mia and. . .well, let’s just say uncanny miracles do happen.
“If I Stay” is currently playing in major theaters in Metro Manila.