As the Philippines and the rest of the world come to terms with the aftermath of Typhoon Yolanda (known worldwide as Haiyan) and amidst the numerous stories and photos of destruction and hardship, there are a few sources of hope and inspiration that are beginning to sprout.

Some international celebrities have also Tweeted about our situation, helping create awareness. In addition, here are 8 stories to help temper the difficult news.

You can read part 2 by clicking here.

(As of this posting, relief/aid efforts are still ongoing. To monitor online or to volunteer/donate, visit http://www.reliefph.com.)


8. Baby Girl is Born After Mother’s Close Call With Death 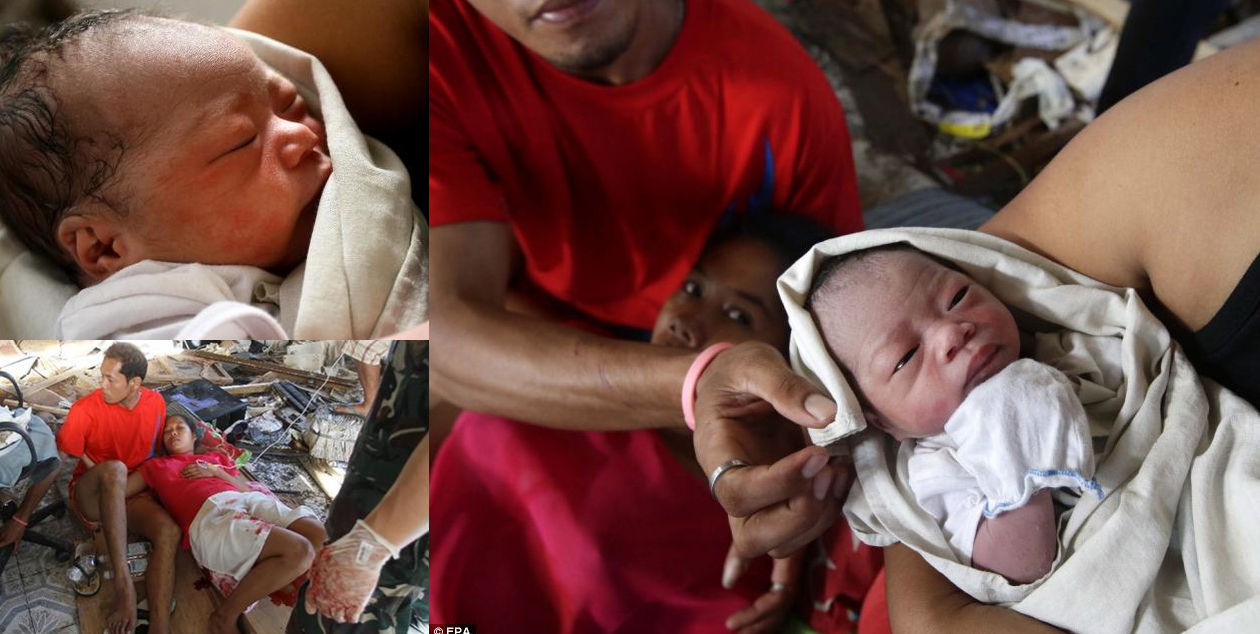 21-year-old Emily Sagalis survived being swept away by a storm surge, days without food, and hours of walking while in labor, before settling down in a “makeshift medical center” to give birth to Bea Joy. The baby girl was named after Sagalis’ still-missing mother, and was delivered on a wood plank right on top of debris.

As of this writing, Bea Joy and her mother are still not out of danger. Doctors at the scene worry about potential infections both may pick up under the unsanitary conditions. Nevertheless, Bea Joy’s story has become a symbol that life goes on, even in the worst situations.

Coron is a popular tourist destination for people outside the Philippines. So it was no surprise that some tourists found themselves stranded after Yolanda tore through the Palawan municipality. What’s admirable however is how some foreigners decided to help out with relief efforts at Coron airport, sorting goods for distribution to surrounding areas. 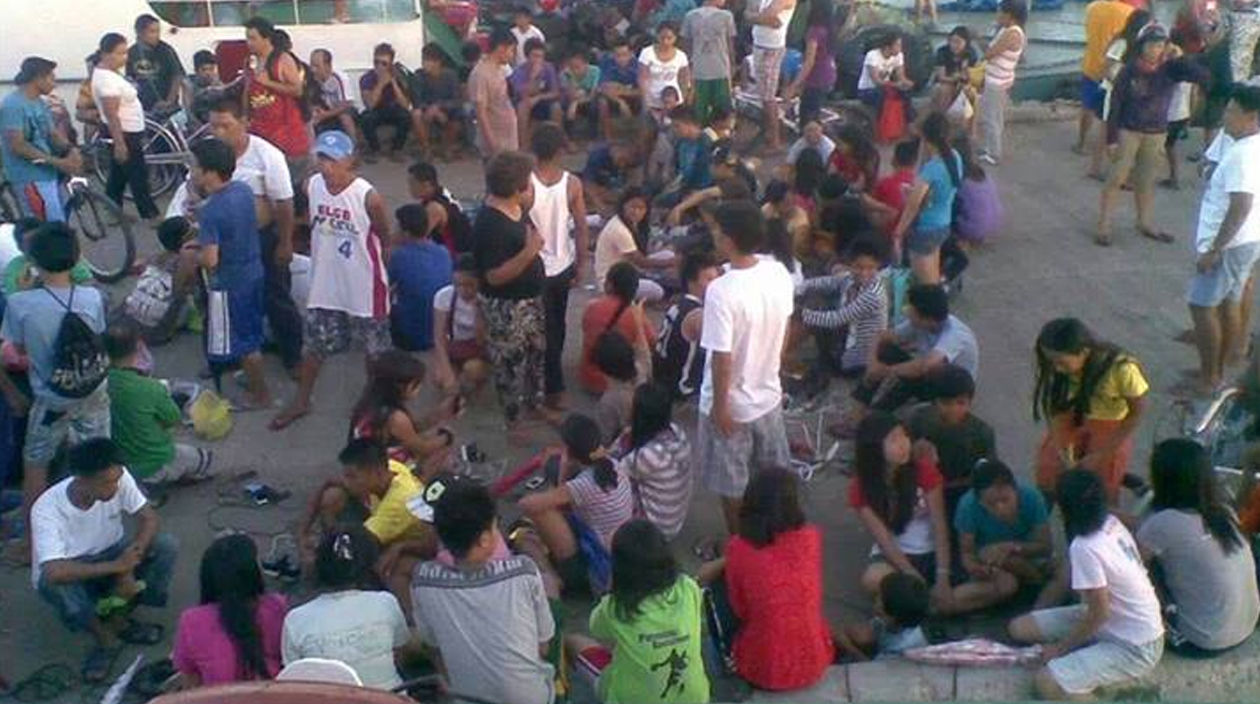 Both Globe and Smart worked hard to restore signal in the affected areas. The prompt action allowed thousands to get in touch with loved ones and friends. However, restoring electricity will take more time. That’s why it’s great to see this barge docked in the Isabel seaport in Leyte providing free power for those who want to charge their cell phones. 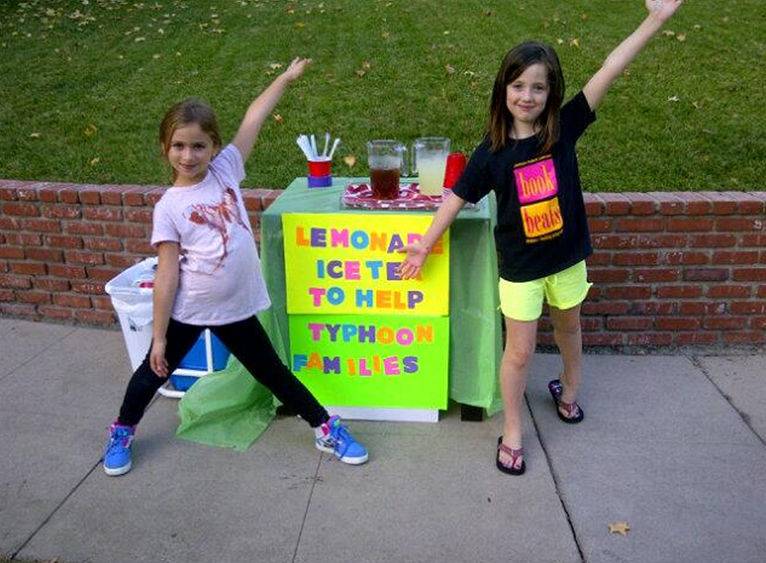 Few things are more American than Apple Pie, Baseball, and the Lemonade Stand. Here are two kids using the latter to raise money that they will donate to Yolanda relief efforts. The photograph was taken by Shekinah Pugh, who is the sister of actor Zachary Levi of Chuck fame.

Typhoon Haiyan may have taken everything they have away, but this hasn’t stopped this resident from rebuilding his home with whatever’s available. Not even the worst typhoon ever recorded can damp good old Filipino ingenuity.

3. British Guy and Friends Help People Out of the Hotel Moments Before it Collapses

Jonathan Fitzpatrick was in the Philippines for work when Haiyan struck. Initially staying in his room and communicating with his family via Skype, the Briton and his colleagues realized that where they were staying (Ormoc Villa Hotel) wouldn’t hold up to the 300-kilometer plus winds. Worse, the strong winds were preventing people from opening their doors to evacuate.

So the electrical engineer and his companions found themselves kicking down doors to allow people to escape into the stairwell, “moments before walls of the hotel were swept away”. The Skype call was cut, leaving Fitzpatrick’s family in the dark about his fate, until he was able to establish contact via text 33 hours later. 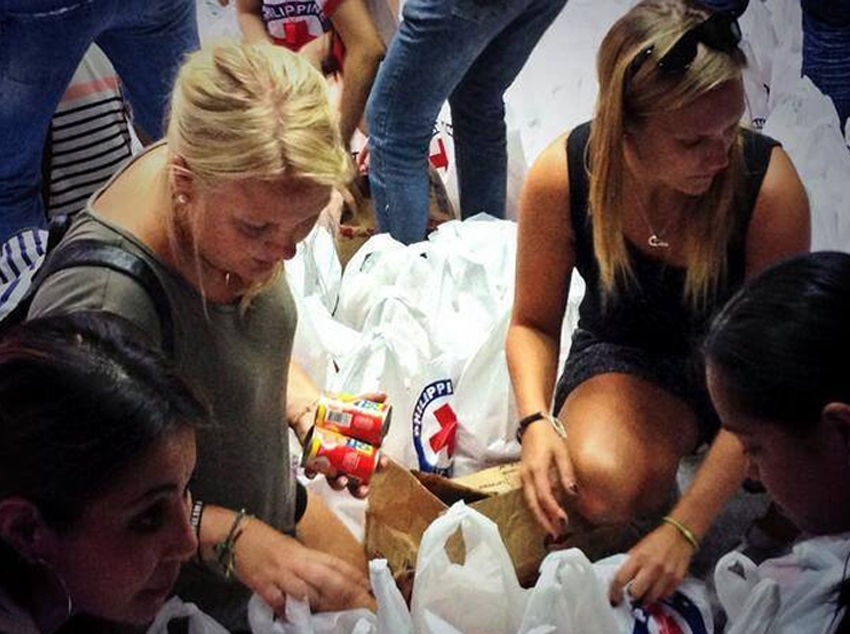 “Frida and Emma” were photographed sorting out relief goods, helping out victims of Typhoon Yolanda. The tourists were planning to visit Boracay, a popular tourist destination known for its fine white sand beaches worldwide. Photo from Facebook page of GMA News, photo by Joseph Morong.

1. A Man Rescues a Baby, Thanks to His Trusty Palanggana 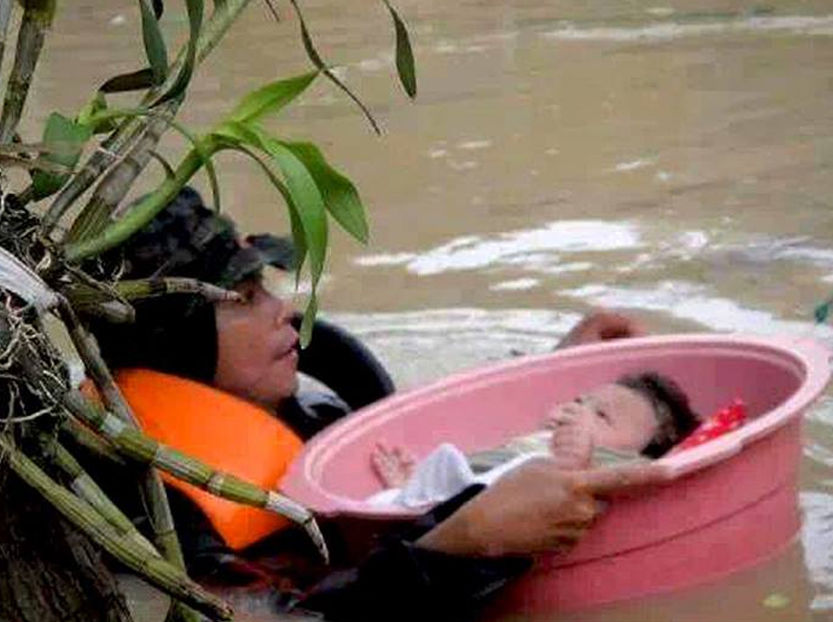 Recorded for posterity and posted on Facebook thanks to the efforts of Ret. General Carlos B. Holganza.

Got any more inspiring Typhoon Yolanda / Haiyan stories to share? Let us know in the Comments Section below, or email editor@8list.ph. Thanks to you, we've been able to compile