Every 2 years, Ben Chan panders to our voyeuristic and fetishist desires by celebrating Bench underwear lines for ladies and gents. After all intimate apparel make more than 50 percent of Bench annual sales, the rest are denims jeans which also have good fit and design. We zero in on the male celebrities. Who brought sexy back and who didn't have anything up front! 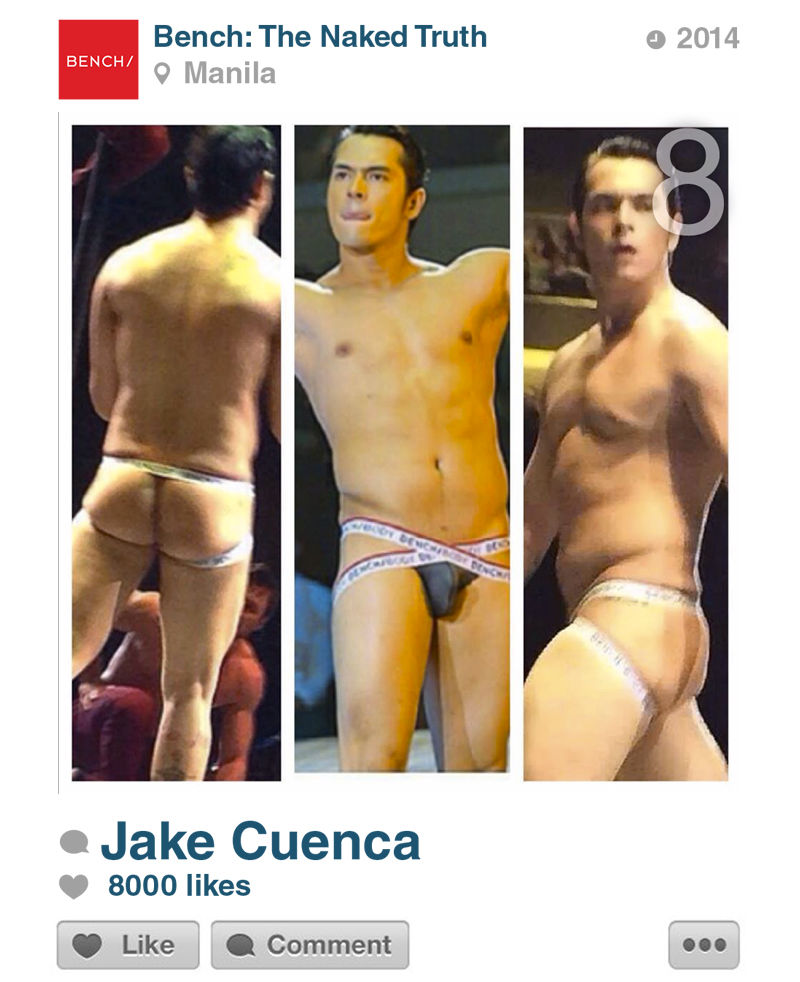 BODY BY JAKE - Show them something we didn't see last time. Again this flabby actor bares his asset. This was an epic fail. Upfront was a tiny flaw. Who is to blame for this? 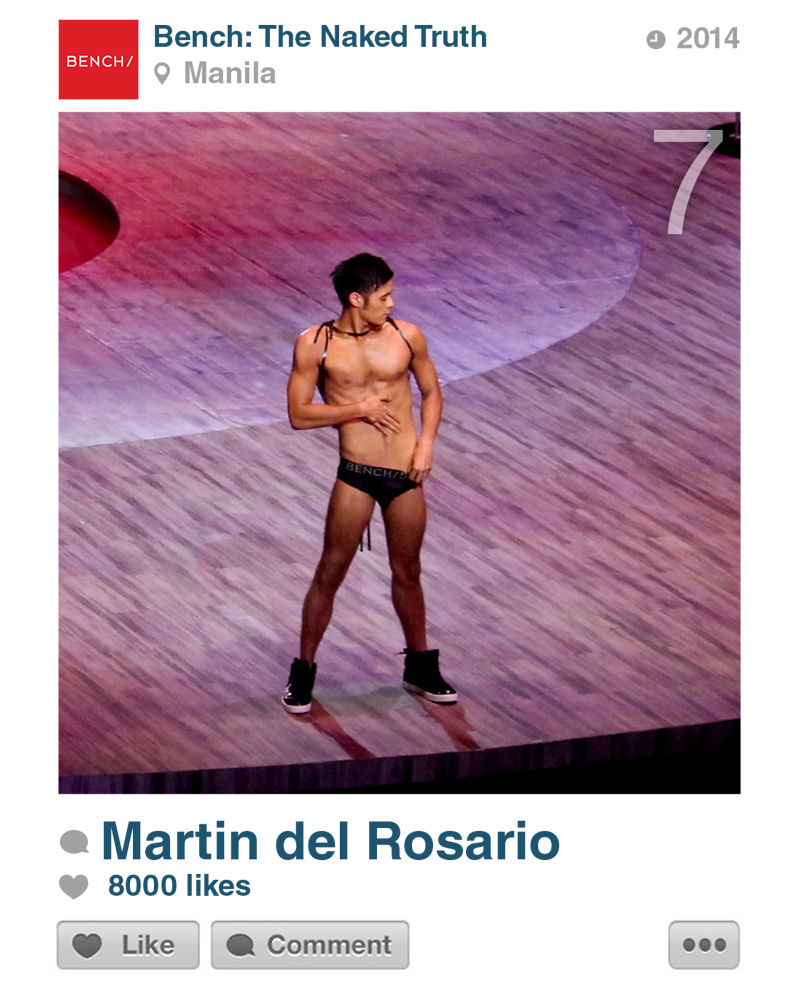 TALK TO THE HAND - Did Robby Carmona actually choreograph this? A little hard sell goes a long way. A fist in time saved mine. 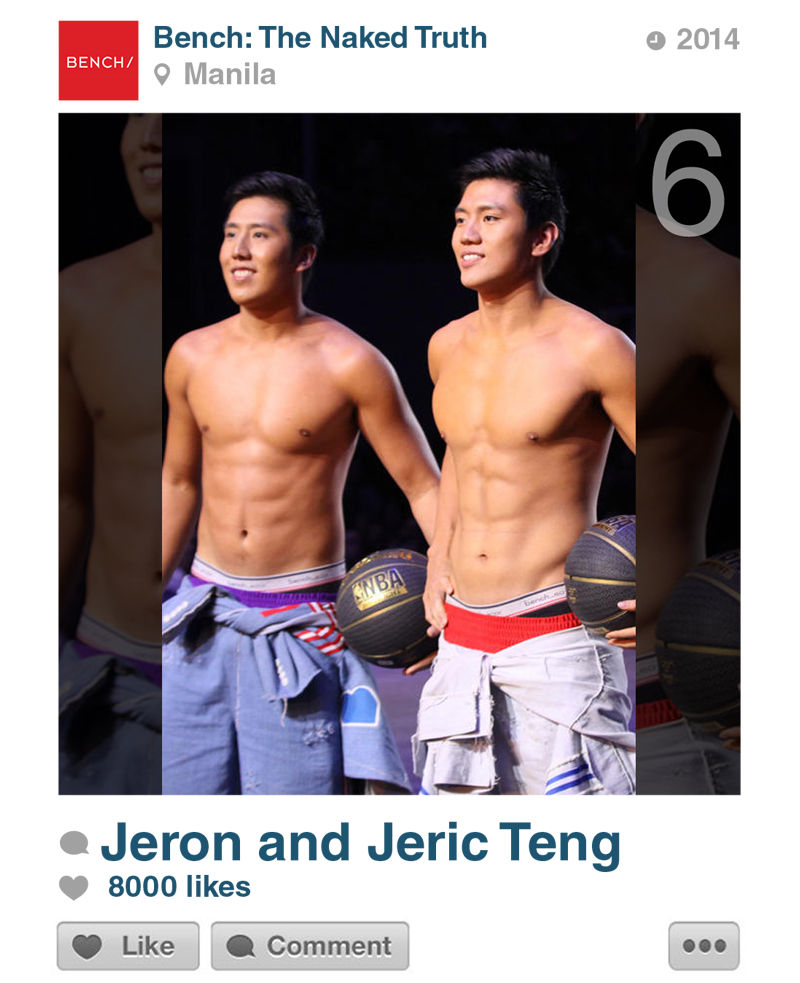 GAME FACE ON - Basketball siblings Jeric and Jeron Teng showed us what we don't see on the hardcourt. But not a wise move for Jeron playing for DLSU against FEU the next day--he performed miserably and lost the game. 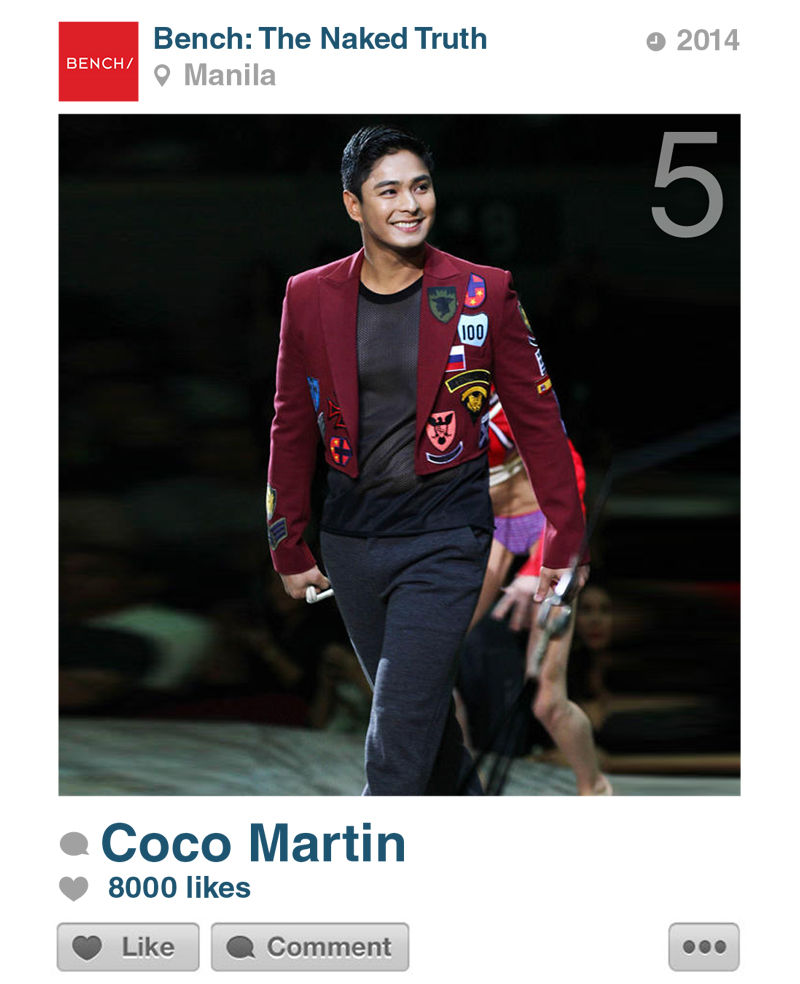 NOT LOCO OVER COCO - What a climax, Coco Martin fully clothed! Why? His indie pictures of yore showed a most yummy bod, this was a major let down. He would have a fitting finale in white briefs a la "Masahista," his breakout film. 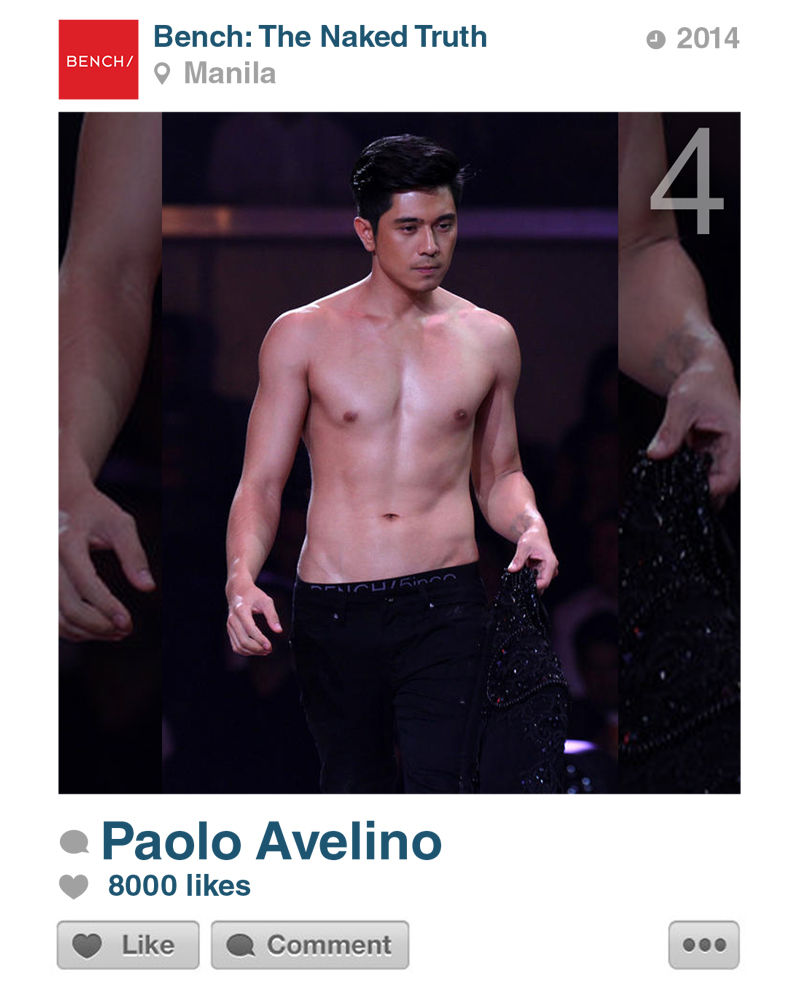 HALF TRUTH - Half naked Paolo Avelino in skinny jeans was hiding the bottom half. Is it because he has skinny legs? This was Michael Cinco's design. 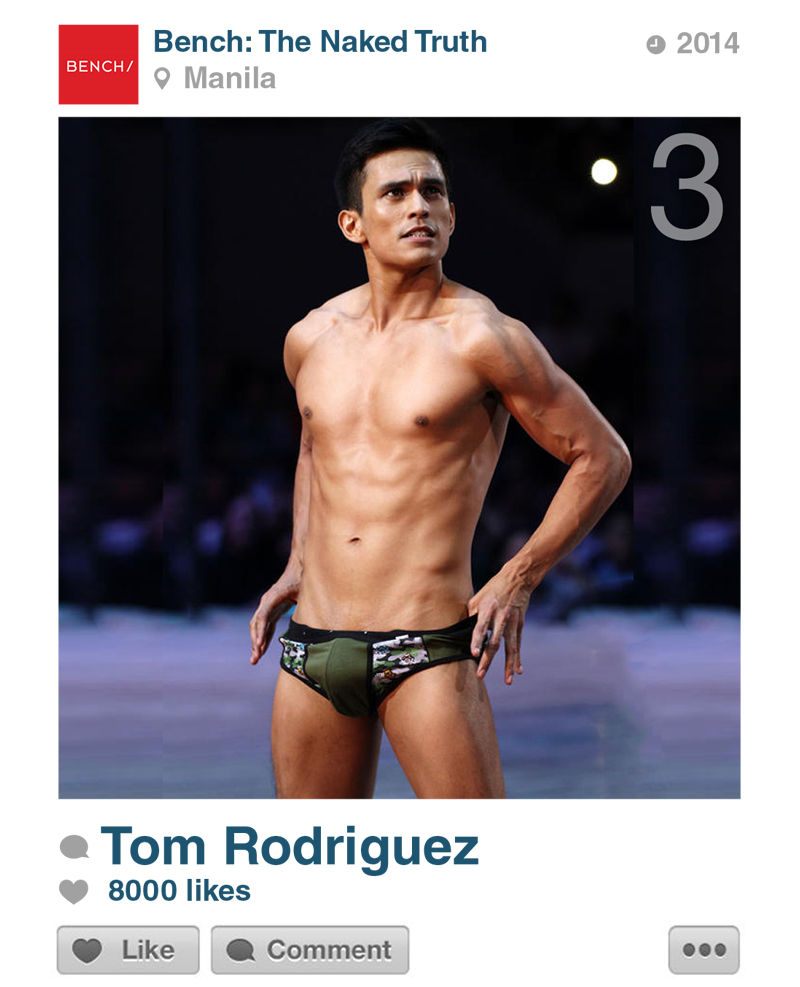 BRAZILIAN WAX - Tom Rodriguez shows off a sculpted upper and lower body and shaven man garden upfront. How sexy is that. That facial expression ! Priceless! 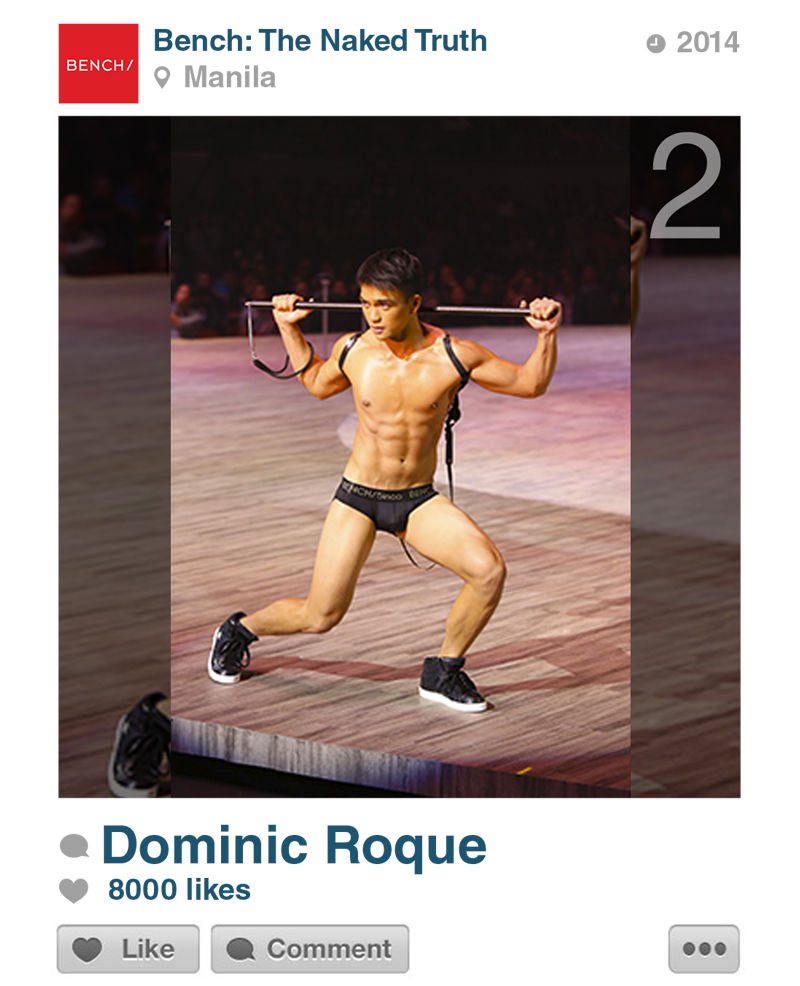 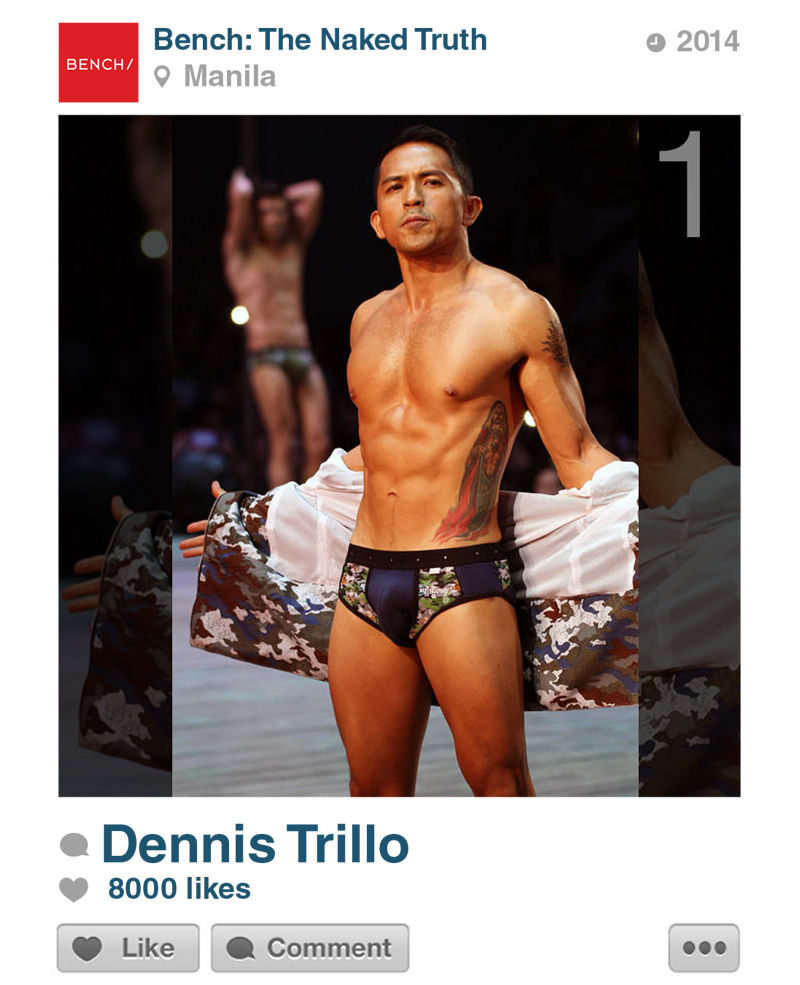 BIG REVEAL - Dennis Trillo in macho printed briefs. This is a real man who works hard on his body and his profession. Look at the ab fab abs and those thick legs. Perfection.