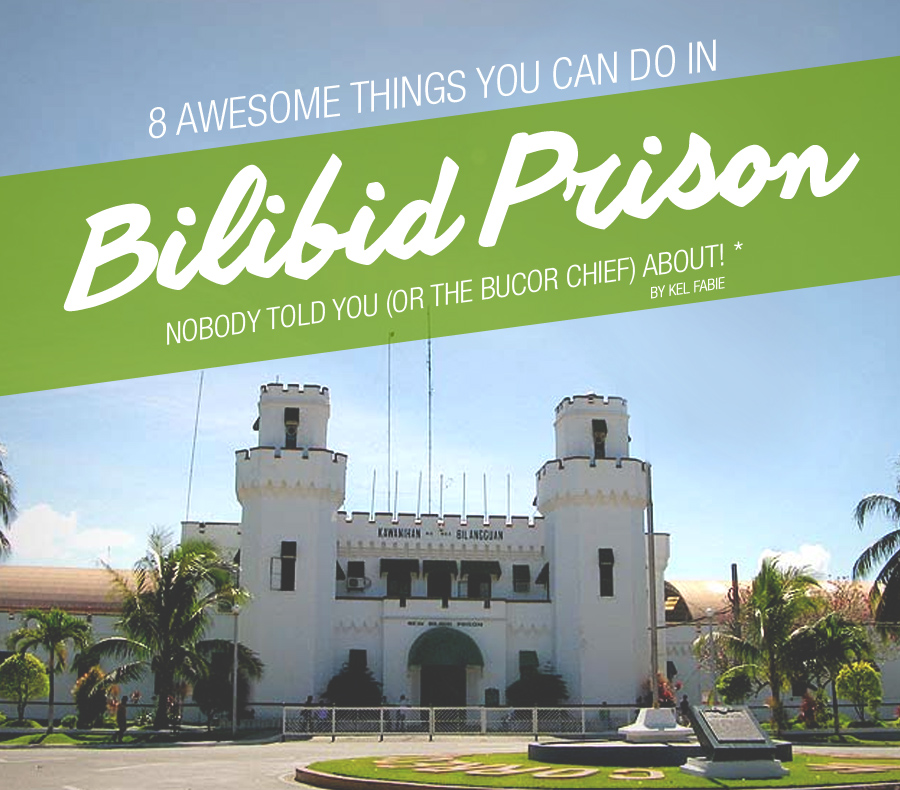 [dropcap letter="R"]ecently, it has come to light that Bilibid has turned into happy happy joy joy land.* And by recently, we mean at least since 2002, but who's keeping track, right?

Here are some of the most awesome things you could actually do while you're in Bilibid, based on what we've recently found out.* 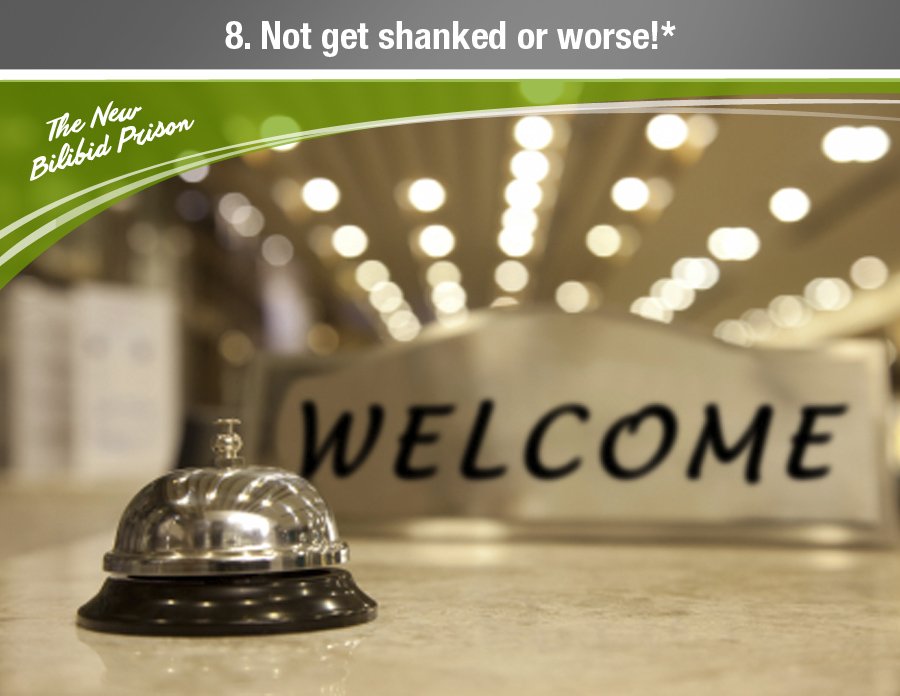 People always make stale jokes about the unsavory things that happen to people in prison, but turns out, you can easily avoid all of this! You, too, can be a VIP in prison, and nobody would dare touch you. “On The Job” couldn't have been more wrong if they tried! * 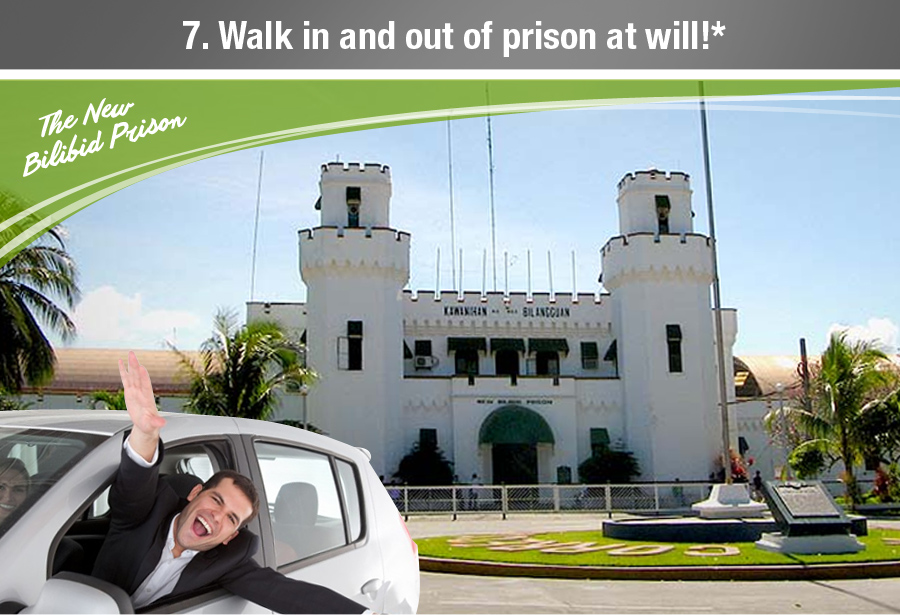 Remember how former Governor Leviste managed to get out of jail free several times over back in 2011 like he had a stockpile of Monopoly Chance cards or something, completely invalidating the point of incarceration? Well, you too, can do that! *

Besides, before judging Governor Leviste for what he did, maybe we should walk a mile in his shoes – which is exactly what he wasn't supposed to be doing, given that he was supposed to be imprisoned, after all. 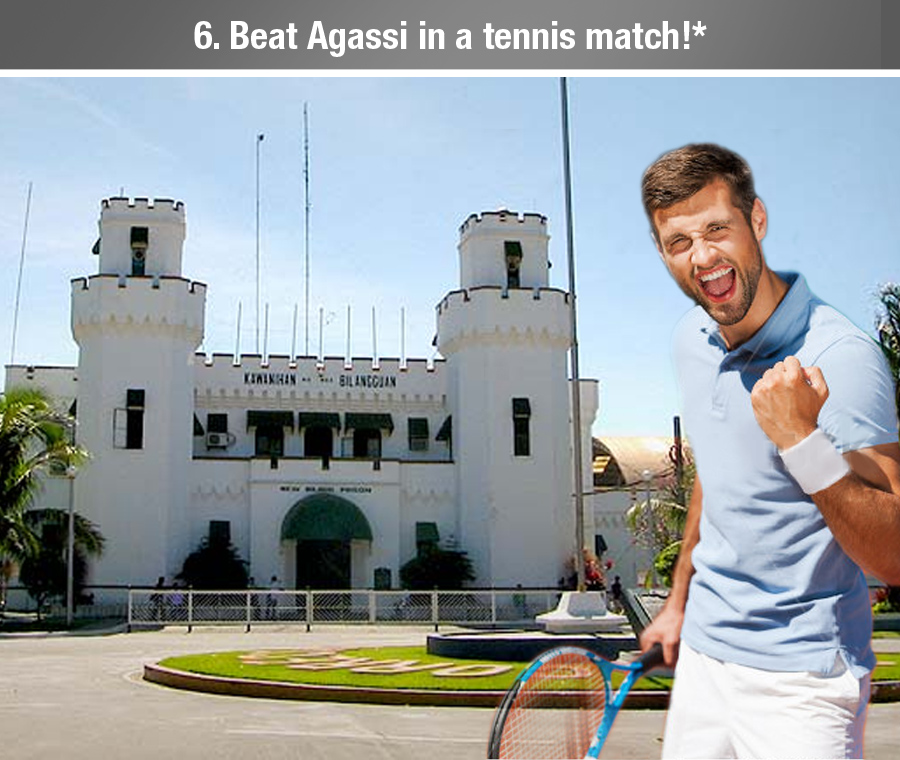 While the only Agassi you'd probably get to beat at tennis is Carlos, isn't it amazing that you can still have a spot of tennis before or after enjoying the gym accomodations in Maximum Security just because Romeo Jalosjos built it for you? * 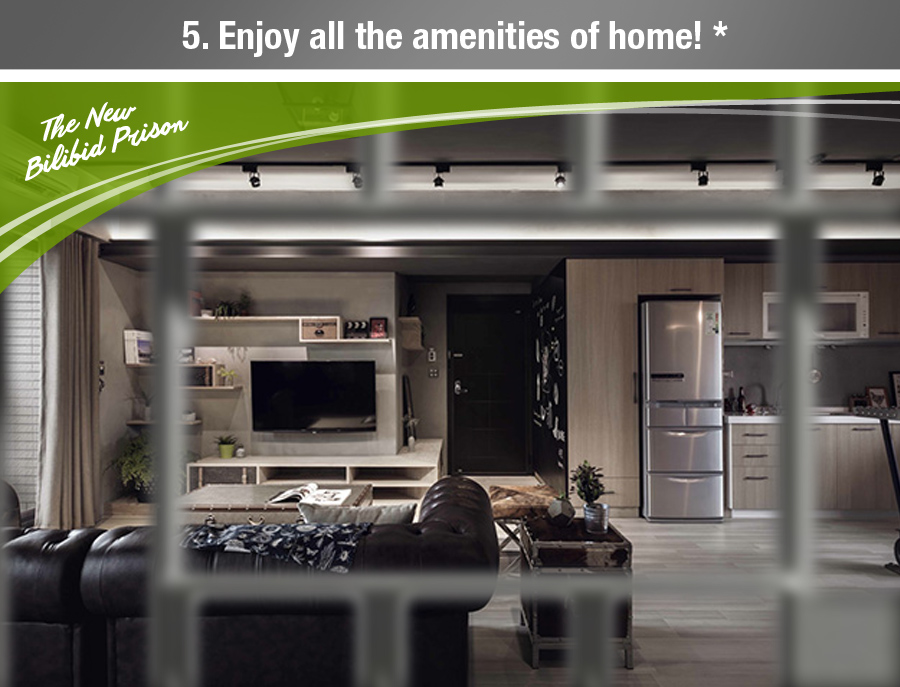 Prison need not be a punitive experience! You, too, can have an airconditioned room, a jacuzzi, a sauna room, internet connection, and things even middle-class families can't afford despite not being in prison! Who needs to run around free when you can be in Bilibid, enjoying all the fruits of your labor? *

It's the New Bilibid Prison. Of course, they have to live up to the name! You're not going to get just any “old” cell. It's definitely all going to be new, just for you! * 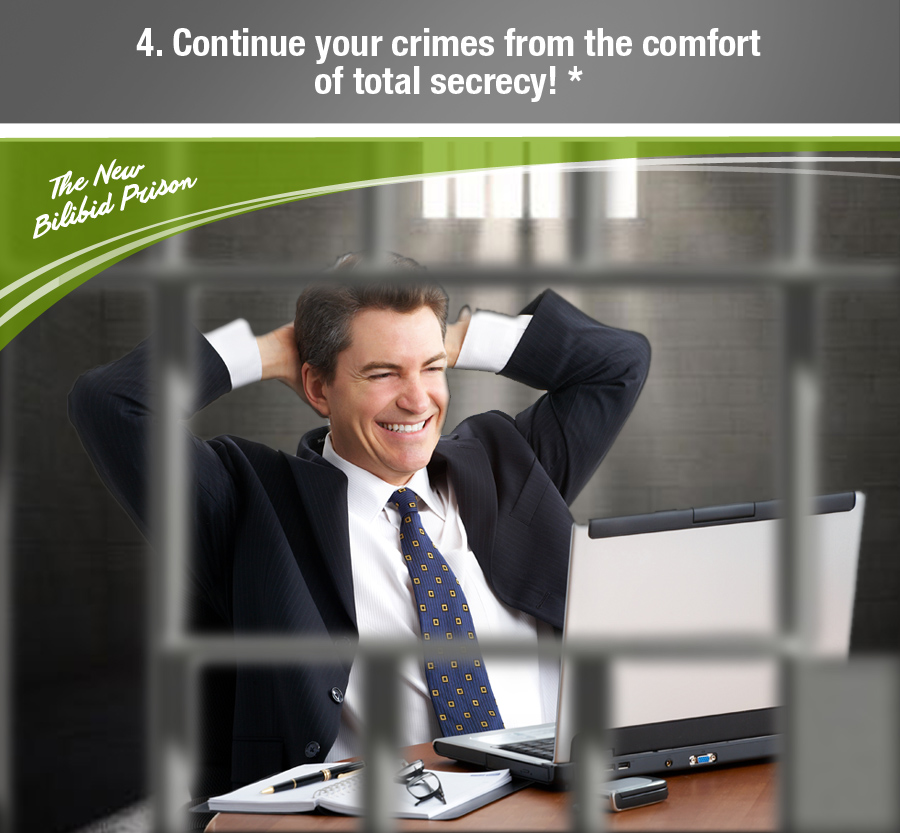 Oh, come now. Did you think that a small thing like prison would stop you from running your drug cartel? Those shabu packs aren't going to sell themselves, so you get to hustle while you're in prison, because that's what the “Corrections” part of the “Bureau of Corrections” is clearly all about: they will help you run your syndicate the proper way, out of the prying eyes of the police, who are too busy looking outside of prison. * 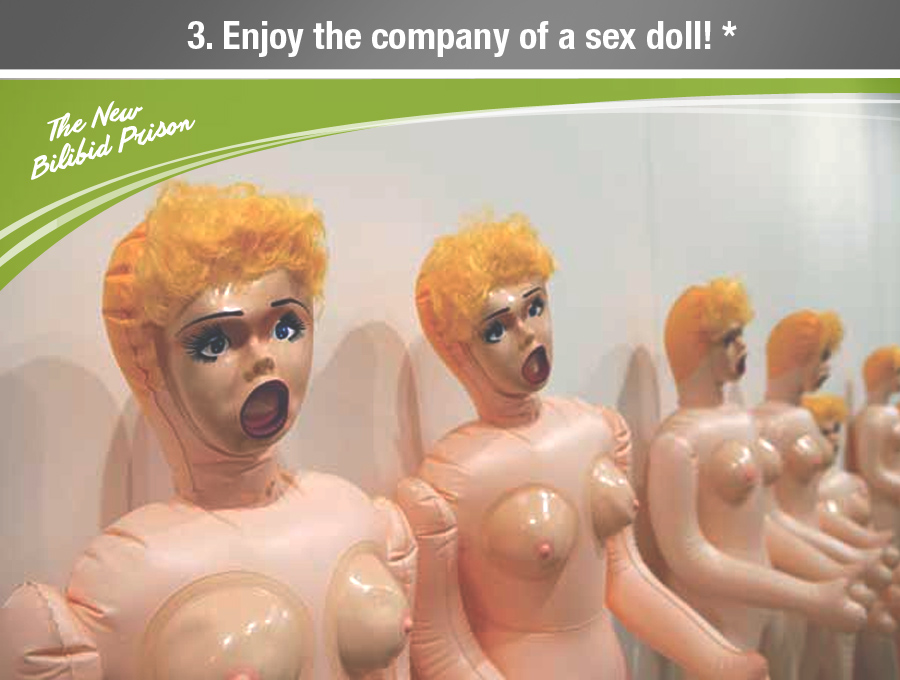 Prisoners have needs, yo, and we're willing to provide them for you! *

And no, we won't judge. Someone already did, and that's why you're in Bilibid! 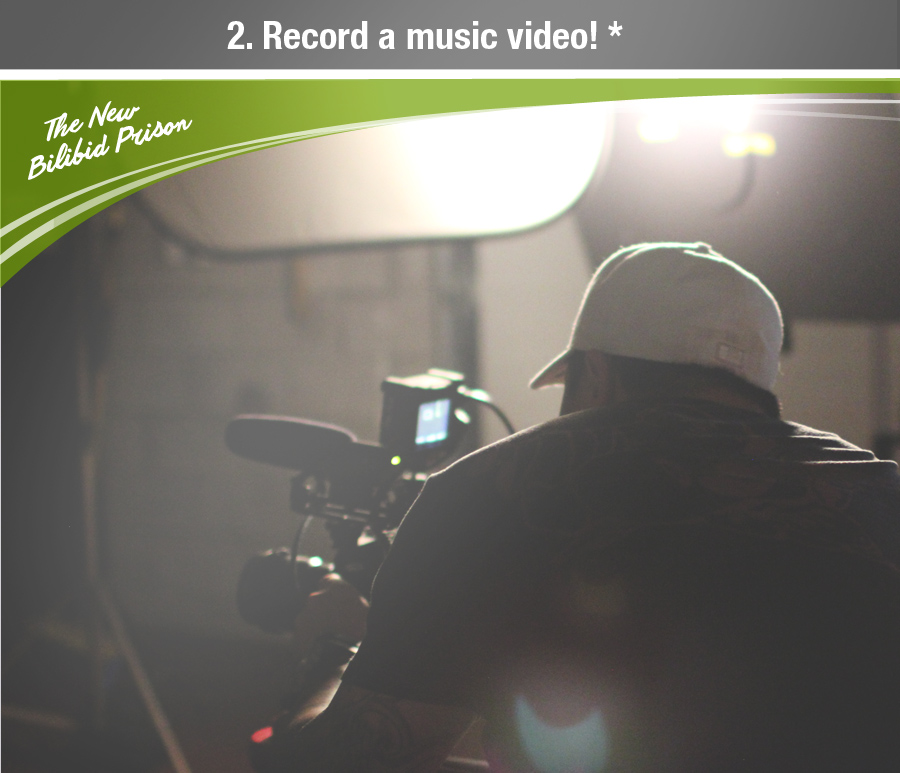 Now, next time Bong Revilla needs to make another privilege speech to remind people how awesome he is, he has no excuse, despite having been arrested. He, too, can remix “Salamat, Kaibigan” to his heart's desire in his own music studio, and so can you! * 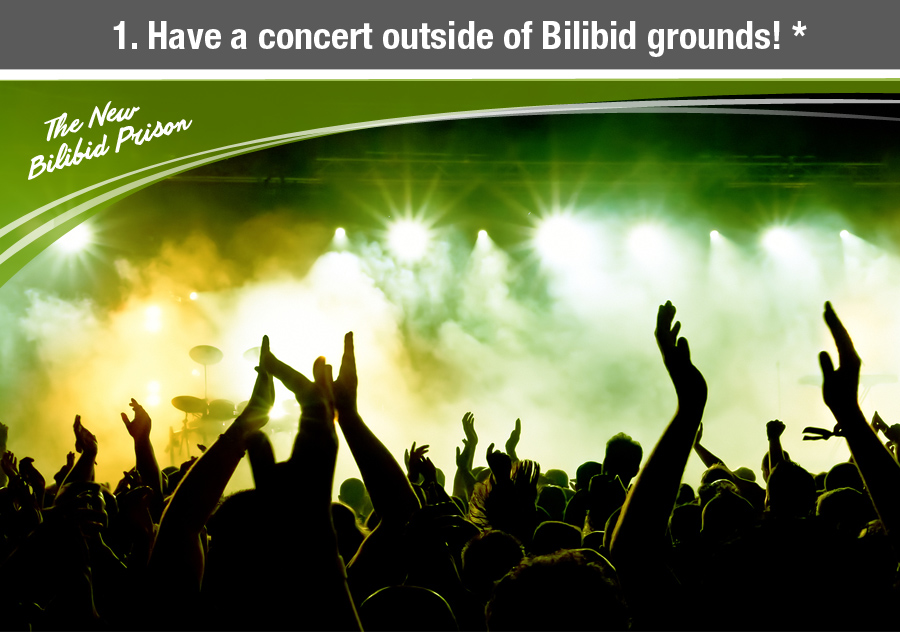 Not just watch a concert, okay? Actually go and perform in one! * Just ask Herbert Colangco about his monumental achievement! Clearly, the Cebu dancing inmates have nothing on their Luzon counterparts, given that they have to stay in prison just to get their gig going on.

But wait, there's more! Act now, get yourself sent to prison, and you too, can show your support for the BuCor chief who's sticking around despite calls for resignation, because he “inherited” these problems, and he didn't “start” them! Who corrects the Bureau of Correction, really?

So who's afraid of a little prison time, really? Clearly, crime does pay! It pays for tennis courts, concerts, internet connections, bags of shabu, and soooo much more! Join us today! *

* Only if you're rich enough