8 Great Things That Could Happen at Laneway Festival 2015 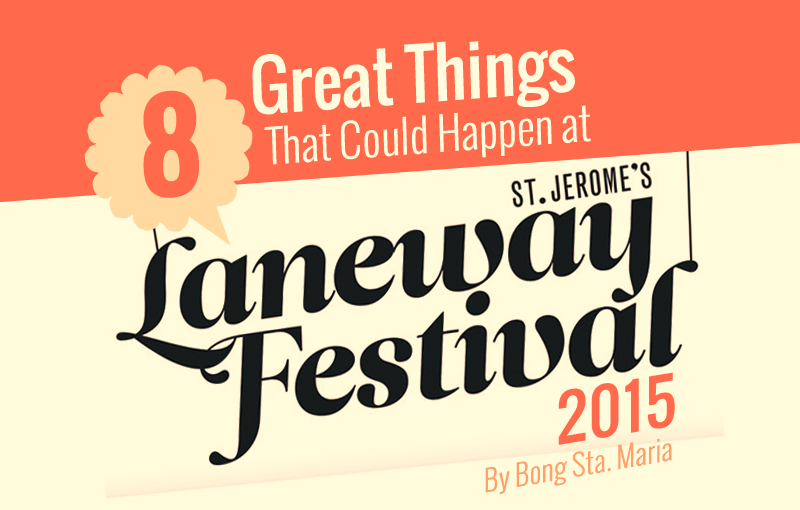 Another year bearing the promise of awesomely energetic musical vibing is almost here: the 2015 St. Jerome's Laneway Festival in Singapore is happening in less than two months.
All music festival attendees have the responsibility to come prepared (and we do not mean just the beer-drinking and dancing!), so here’s something that would help you get moving, and possibly make the wait a little bit less painful (also, to those who have already bought their tickets, here's a list of accommodations for you and your friends).
At least 19 bands will be performing. Highlighted below are things that 8 of them might do in the one-day musical event at The Meadow at Gardens By The Bay. Read on even if you're not sure about attending--this just might convince you to book those tickets before they run out! 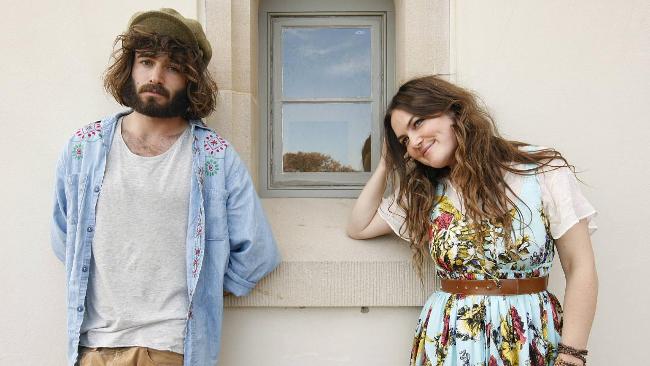 Via theaustralian.com.au
These Australian brother and sister duo used to write their music separately, but now, thanks to producer Rick Rubin (one of the most important music producers today, and has been nicknamed the Buddha of American Music), they are finally collaborating. This Australian siblings' 2014 LP Angus & Julia Stone is their most ambitious one yet, and Laneway 2015 audience will be lucky enough to hear the songs performed live. 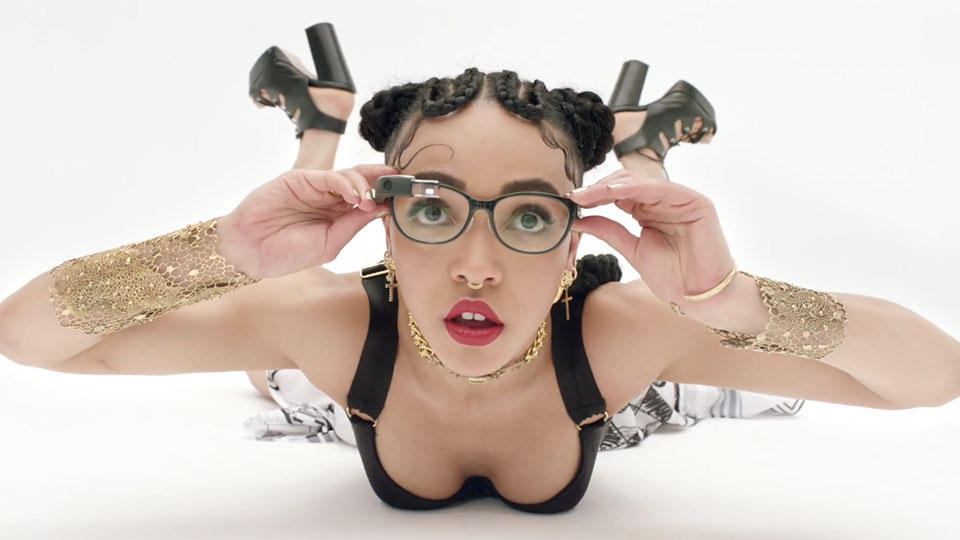 Via highsnobiety.com
FKA Twigs, Tahliah Debrett Barnett in real life, is an English Singer-songwriter who makes sure that her music is accompanied by  trippy videos that border on the wonderfully bizarre. Her live performances are always highly creative (ie. this Jimmy Fallon performance that involves electric fans and floating fabric), and her outfits are also always ridiculously cute. You've basically got the whole package. Keep an eye on this one--if she keeps up with this pace, she's definitely going to get bigger. 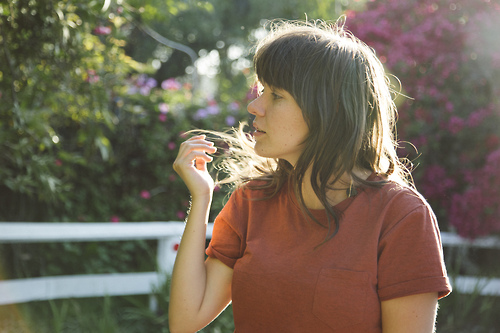 Via theaustralian.com.au
Reviews of  this  Melbourne-based artist's music usually uses the word "slacker," which could describe the 25-year-old’s music (she has also repeatedly used this), but her lyrics say otherwise. She makes mundane situations seem fascinating, and tells love stories the way they should be told: honestly, bravely, wisely. Take "History Eraser," for instance:

Just then a song comes on: “you can’t always get what you want” – the rolling stones,

oh woe is we, the irony!

The stones became the moss and once all inhibitions lost,

the hipsters made a mission to the farm

We drove by tractor there, the yellow straw replaced our hair,

we laced the dairy river with the cream of sweet vermouth 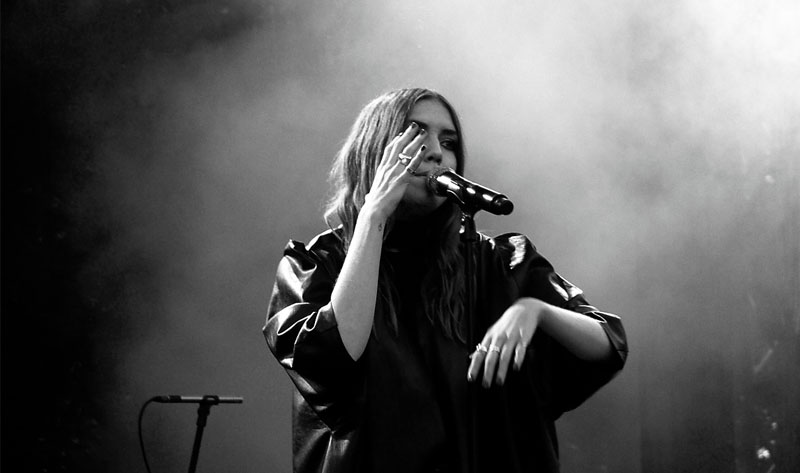 Via mp3hugger.com
Swedish songwriter Lykke Li, whose real name is  Li Lykke Timotej Svensson Zachrisson (dare you to pronounce this correctly!), has too many adorable videos online, but this version of Dance Dance Dance is just too much. It would be nice to have Bon Iver in a repeat performance, but moves like this (chain that has magically transformed may or may not be included) in Laneway 2015 will surely be enough to get everyone to dance (...dance...dance!).
EDIT: Lykke Li cancelled her tour due to health reasons. She'll be replaced by Jon Hopkins. Read more about it here. 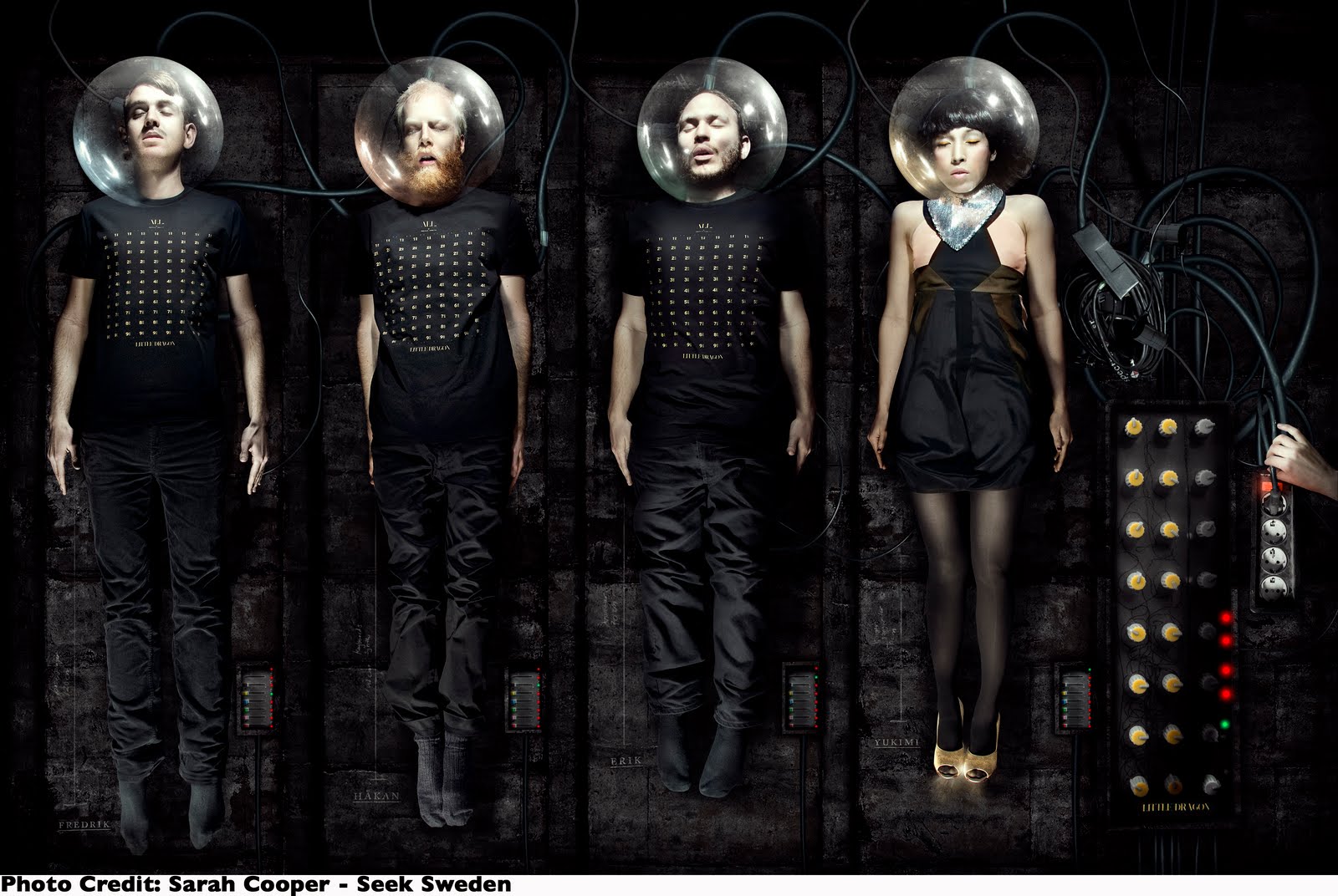 Via lwprod.com
This Gothenburg-based R&B band has recently released its fourth album early this year, and critics have been raving over it since. In an interview with Rolling Stone, frontwoman Yukimi Nagano said that the band started with no vision, that they just started throwing in ideas and see what comes out of them.
She explained: "I think a lot of visions came through. Our sound is wide – it's not just one particular style – so we dove into different worlds. New worlds, new spaces we haven't been to before. There definitely are elements of sonically romantic tracks. It feels like there are different moods and we're exploring ourselves a bit."
An energetic performance--hopefully with orchestra members they have collaborated with--is expected in the festival. These four R&B pop musicians will surely make you get up and do some serious dancing.

Australian electronica artist Chet Faker, whose real name is Nicholas James Murphy, did one of the smoothest covers of any R&B song ever. His version of "No Diggity,” off his debut EP Thinking In Textures, went viral when it was first released and was used in a Super Bowl commercial. This will most likely be played at the Festival (protests will probably ensue if he doesn't), and you will hear a voice smooth and sweet as warm honey.

Via rukkus.com
Future Islands have been around for more than a decade, but it is only now that they’re receiving this (well-deserved) attention. Frontman Samuel Herring has a fantastic voice; a voice that wails like a severely wounded animal; a voice that will tell you to give up and have hope at the same goddamn time.
The band’s been doing a lot of live performances lately, and one of the things that got everyone talking is Herring’s dance moves, which is like no other (see the beautiful gif above). The dance is so exceptional that it already has articles devoted to it (this link gives you 10 easy steps to dance like the singer, and this one highlights how Herring “lowered his hips, held one hand in the air like a beacon and unleashed a series of dance moves that set the Internet ablaze”). Basically, it's Herring-1, You-0.
The good news? The moves come to life in the band’s live performances, so the Laneway audience will most likely see this beautiful thing materialize before their very eyes. You can try imitating the moves, but you will most likely fail because no one dances like Samuel Herring. No one. 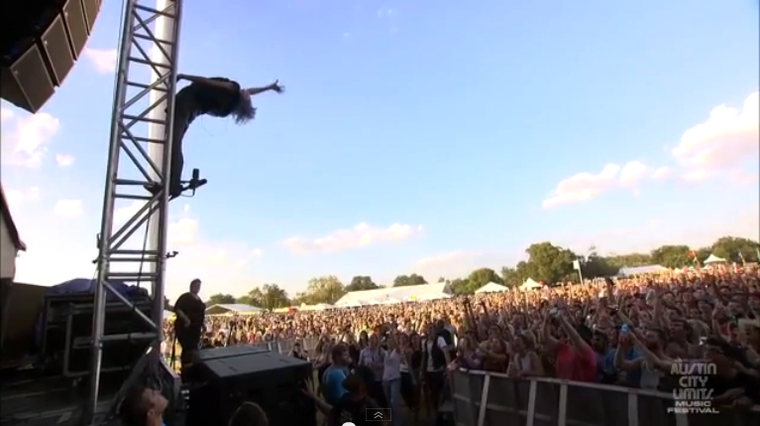 Via tulsaworld.com
Annie Clark, aka St. Vincent, still hasn’t explained to us where she’s really from, and how long she’ll be with us puny humans. Many of us would like to believe that this one beauty of a creature is from a different planet, because such talent and grace are simply too rare for this world.
Aside from dance moves on stage with guitarist Toko Yasuda, Clark also has some brave stage antics, the most recent of which happened at her Austin City Limits performance, wherein she gets a photographer’s giant camera and climbs a scaffolding. There is no promise that she will do this act again, but there’s a chance that she will do something just as interesting at Laneway.

Are you going to Laneway Festival 2015? Who are the acts you are looking forward to seeing the most? Share them with us in the Comments Section below!