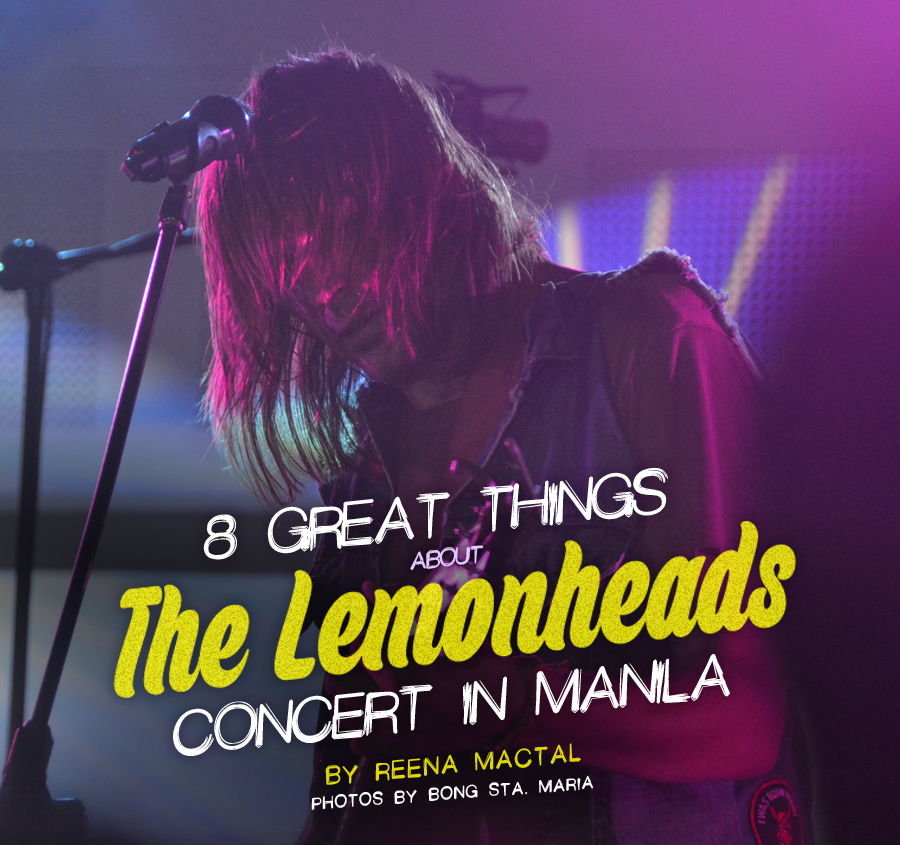 No, not the Eraserheads. Or the Talking Heads. It was that other ‘–heads’ band. The Lemonheads.

Straight out from the attic drawers of the nineties, the masters of slacker twee played in Manila last December 4, the omens of Typhoon Ruby notwithstanding. And yes, I was there with some friends to see them play their infectious hits.

Here are 8 things that made that evening a spectacular one: 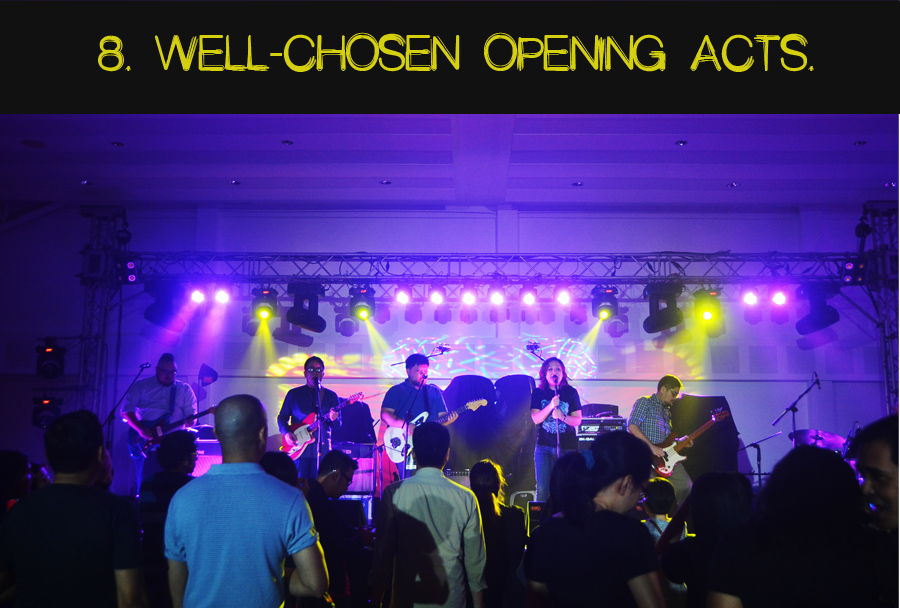 The Itchyworms. Ang Bandang Shirley. Ciudad. Gold stars to the organizers Pinoytuner for gathering this trio of bands that are clearly inspired by the Lemonheads. Special mention goes to Ciudad, whom critics describe as the band’s Philippine analogue. (Its main songwriter Mikey Amistoso even christened his solo project Hannah And Gabi, clearly a nod to the Lemonheads song). These three bands set the right mood for what was to come. 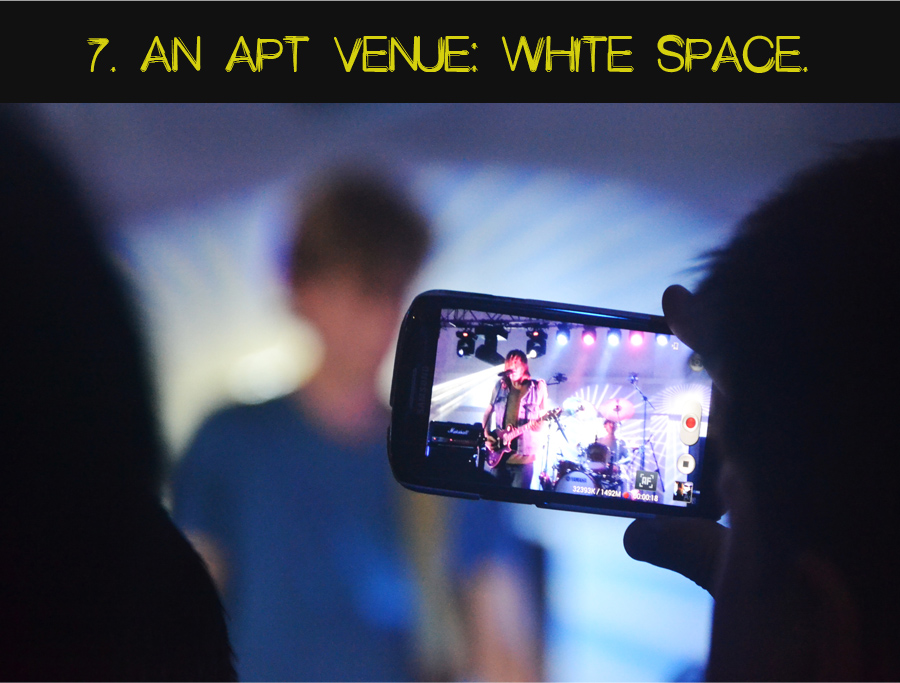 The Lemonheads, being a band with much indie cred and just a decent cult following, needed not the space of Smart-Araneta Coliseum or the SM MOA concert grounds. (They’re not Katy Perry, come on.) But, yes, White Space, a warehouse-for-rent on the fringes of Pasong Tamo Extension is the perfect venue for an intimate concert as such. Again, brownie points for the organizers Pinoytuner for the marvel in logistics. Parking was no problem at all. Although the acoustics of the place could have been better, White Space was nonetheless the perfect venue. 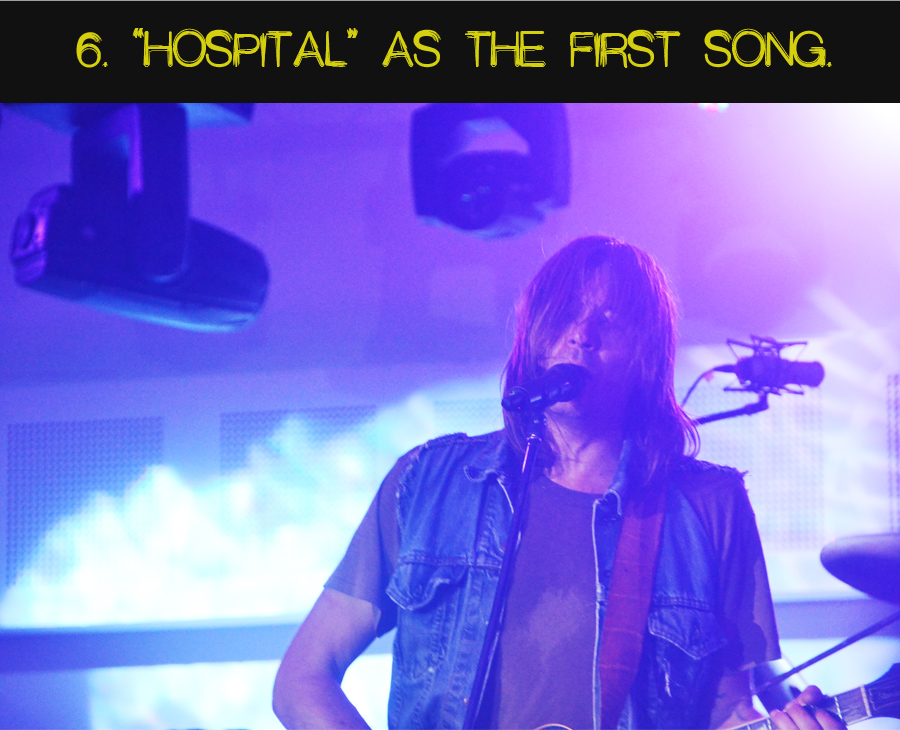 After a long wait, as the sound engineer made final tweaks on the system, out comes the dream of the nineties: Evan Dando, still the Jesus-haired, gangly heartthrob that he is. The crowd shrieks. His familiar folk-punk guitar strumming comes through the speakers. “There’s a disease / Going round the hospital…” Yes, it’s that throwaway jingle-jangle number from Car Button Cloth. Ace choice, Evan, for a great opener. 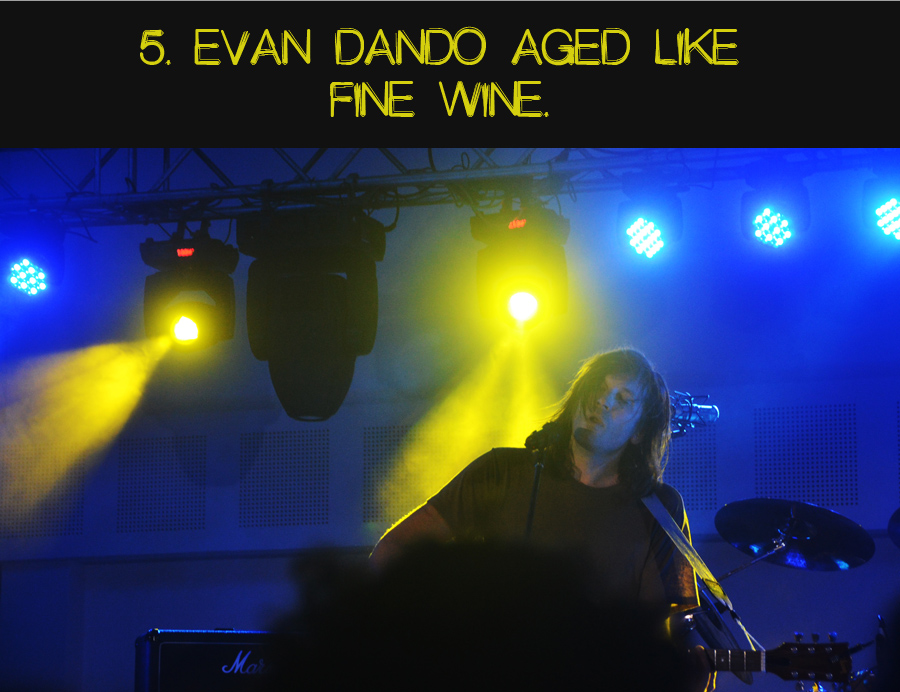 While horror fiction writer Yvette Tan described Dando as “looking more like Iggy Pop now,” us girls were all saucer-eyed, still crushing on him. Sure, he’s put on some weight, but he’s still the hottie we remember from those summer afternoons watching MTV on Sky Cable. 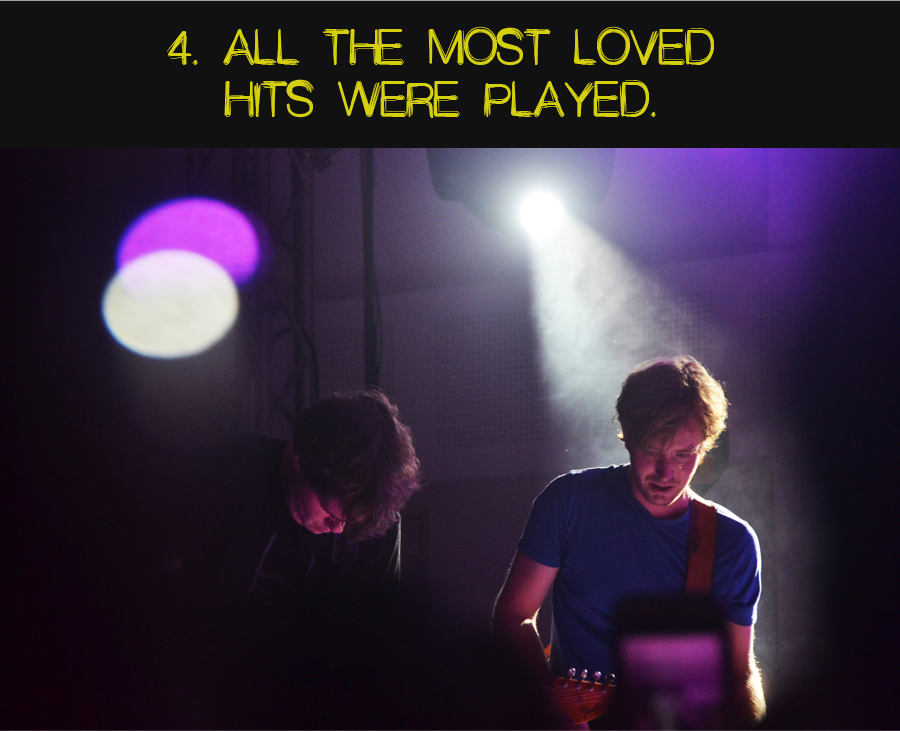 What we paid for was definitely worth it. Most, if not all, of the greatest hits from their Atlantic Records trilogy of winning albums (It’s A Shame About Ray, Come On Feel the Lemonheads, and Car Button Cloth) were on the setlist. They even played their rendition of Suzanne Vega’s “Luka”. Needless to say, the crowd was thrilled.

Special mention goes to the lovely “If I Could Talk I’d Tell You” (which was made more popular by the movie There’s Something About Mary). 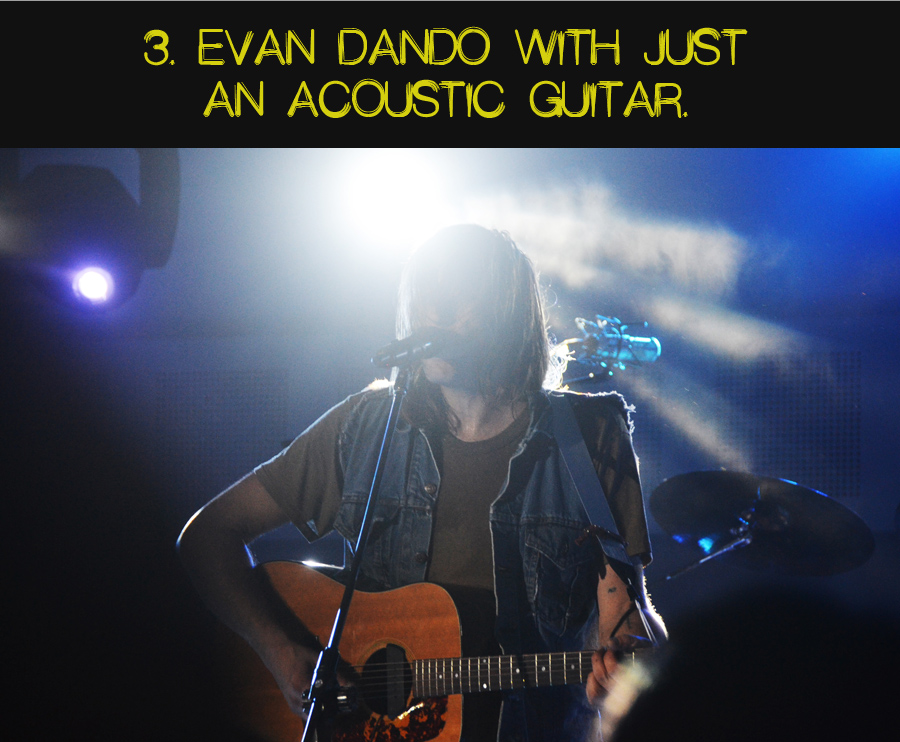 Midway through the set, Evan Dando’s band members got some rest backstage and left him on stage with just an acoustic guitar. This is the way Lemonheads music is best imbibed: With just Dando’s handsome baritone and the folksy strums of an acoustic guitar. It gave my ears some rest from the wall of sound minutes ago. I heard the words—his poetry—more clearly. 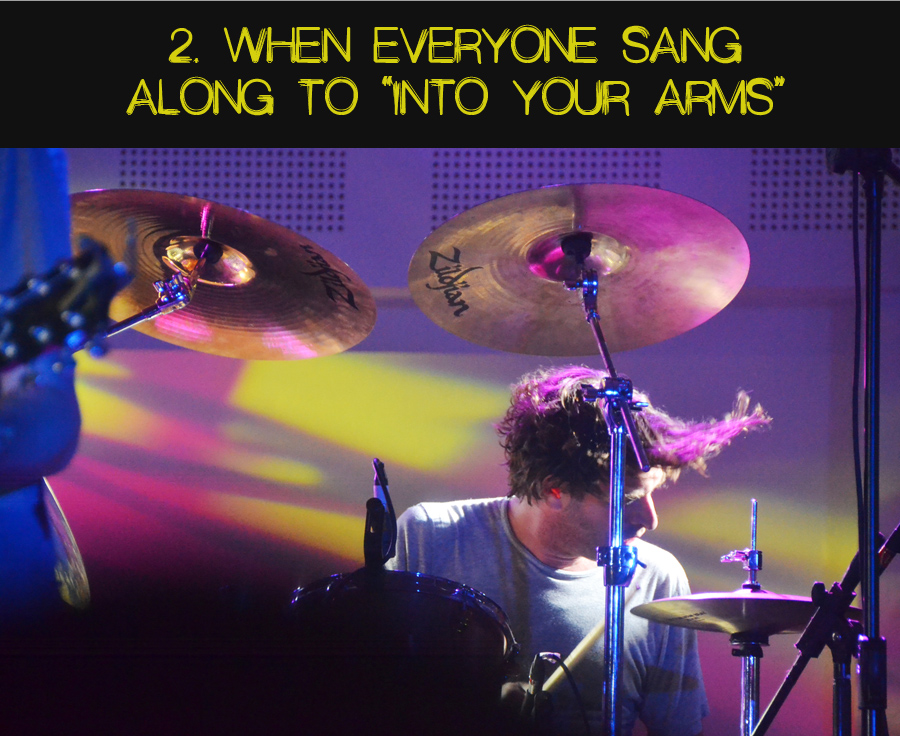 To cap the evening, the band ended with the sweet “Into Your Arms”. By that time, everyone was either singing along the words or pogoing like crazy. 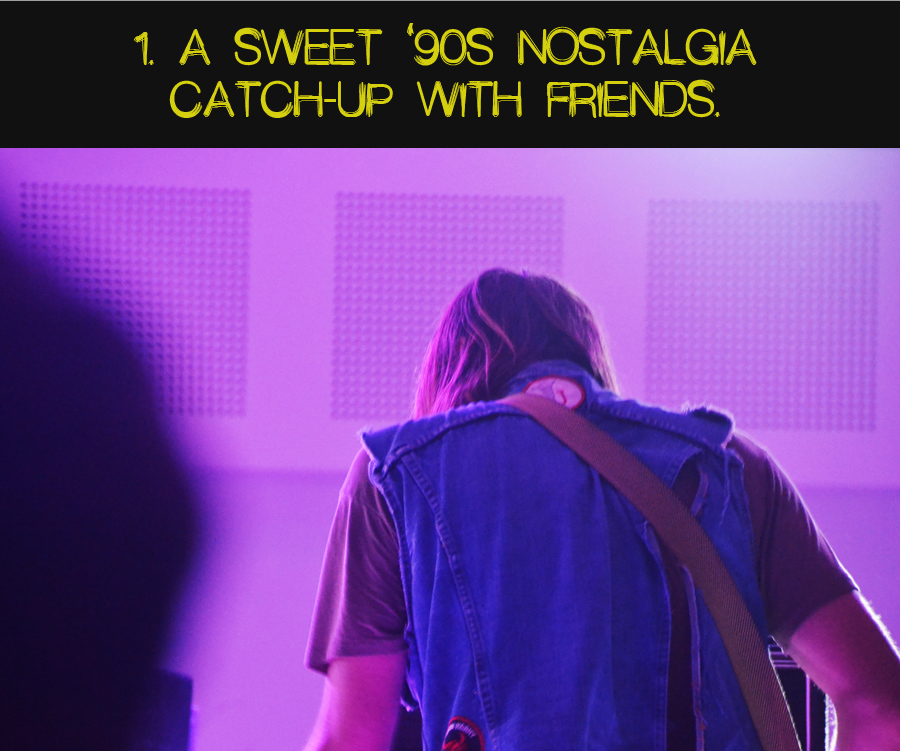 A friend of mine quipped, “If you go to a Chicosci concert, expect an ocean of hoodies and Chucks. Tonight, expect a lot of plaid and DMs.”

True enough: It was nice to see friends I haven’t seen for quite some time. The night felt more like a secret club meeting of aging artist-types from the ‘90s, mostly former cool cats who are now doting parents to infants or working stiffs in the advertising industry: A swarm of John Cusack types.

It was nice exchanging small talk with the people around, asking them where they worked now or if they’re married or they have kids. You know, the classic icebreakers.

Yes, the nineties was a lifetime ago. People have grown and changed. But to borrow a line from Mr. Dando himself. "I’ve never been too good with names, but I remember faces."

All photos by Bong Sta. Maria

Were you at The Lemonheads' Manila concert? Share your experience in the Comments Section below!