The 2013 National Heroes' Day in the Philippines was a holiday. So it was a chance for disgruntled Filipinos to express their anger over alleged misuse of the Priority Development Assistance Fund (PDAF).

There was a protest that attracted 350,000 people to Luneta in Metro Manila, and similar demonstrations throughout the country. The public movement against PDAF, known colloquially as "Pork Barrel", was a rare case of social media activism leading to concrete real-world action. So it's no surprise that we can bring you these 8 stories, sourced from people who eagerly shared their August 26 protest experiences online.

Let's start with a snapshot of the gathering crowds at Luneta, from Dominic Rivera. There was no "official" assembly time, but easily over a hundred-thousand were at the venue or near it by 10AM. 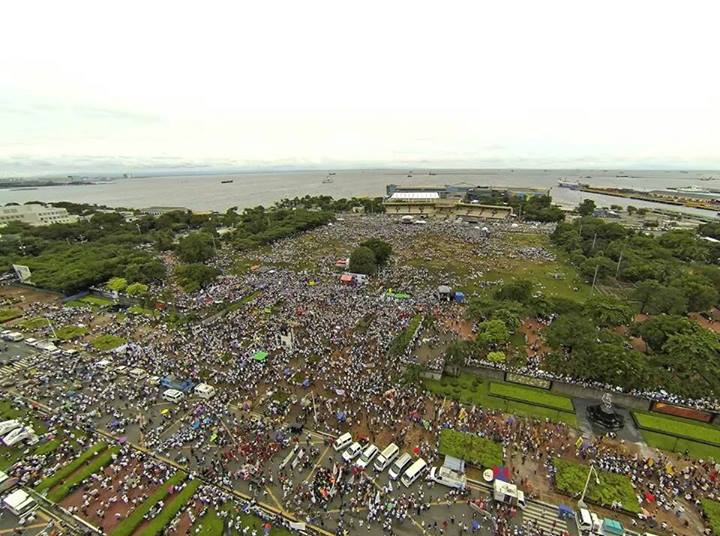 Here's another snapshot of the crowds, this time by Paulo Alcazaren: "Another aerial image from today's MillionPeopleMarch - afternoon shot towards 2pm looking back at the Rizal Monument, thousands more people at the fountain and all the way to Taft! We need to keep the momentum going ...pork needs a lot of time to cook!" 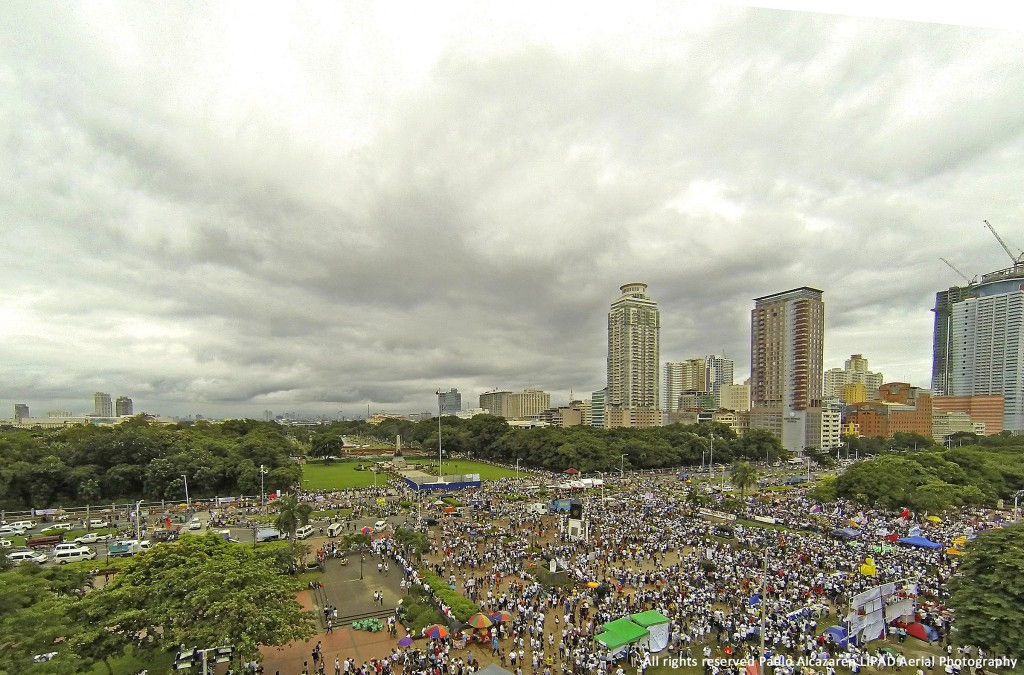 Gerard dela Peña: "After being booed by the Luneta crowd, ousted Chief Justice Corona chills at the Manila Hotel." I wonder what Corona, who was impeached for failing to be transparent about his finances, was thinking. There was no way he would be well received at a protest against a lack of transparency by public officials. 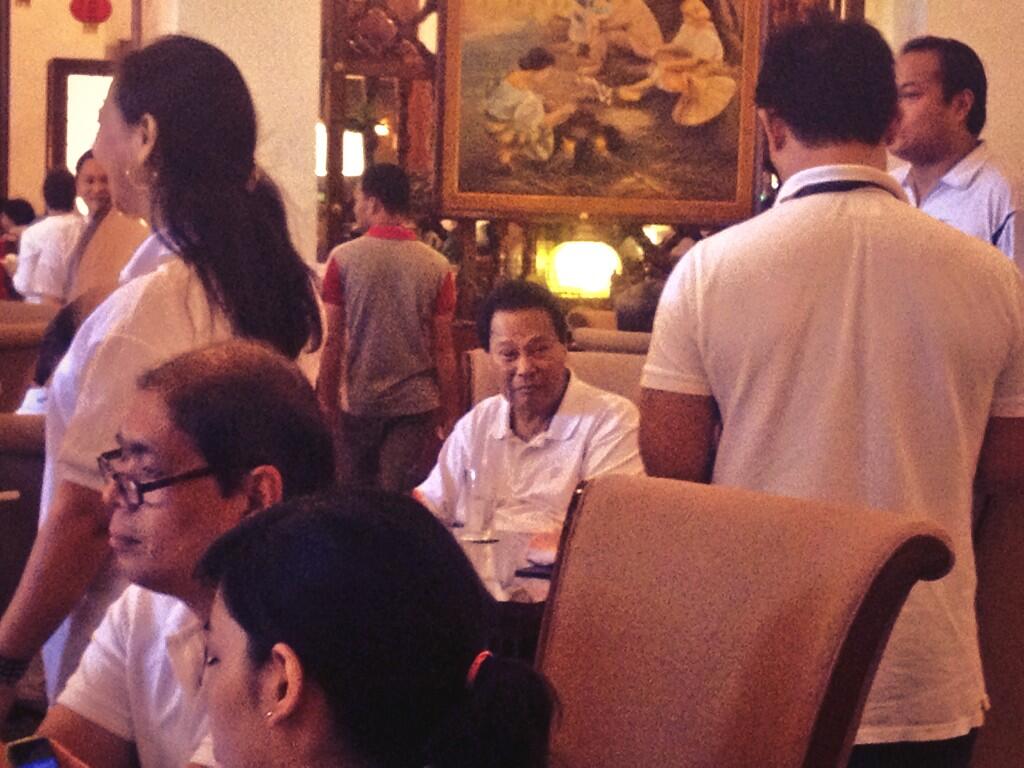 A Great Day for Tondo Kids

Phillip Yerro Kimpo and his friends attend the protest, but also make the day for a group of kids:

"Made the most out of this rainy (literally & figuratively) National Heroes Day. Admittedly, the highlight wasn't the #millionpeoplemarch against the pork barrel fund at Luneta, but the unexpected and brief bonding, if we can call it that, with 7 kids from Tondo who we stumbled upon peeking through the gates of Rizal Park's children's playground (with its campy yet charming dinosaurs).

The kids had walked all the way from Tondo to the playground to "celebrate" their group's "first anniversary" (in their own words, in Filipino). However, they were being denied access to the public park for the simple reason that they couldn't shell out the 10-pesos-per-person entrance fee. After we had treated the kids, we needed to accompany them (per the playground admin's instructions that they needed adult supervision to prevent accidents) for an hour or so, so they could squeeze the worth out of their time and effort, not to mention the 10-peso fee -- which our government could've waived in the first place if only it had the funds to spare to offer its citizens, especially the children, safe and clean and *free* public parks to nourish their bodies and spirits. Which would have been more possible if only our senators' and congressmen's billions were funneled to such projects instead of fake NGOs and their ever-deepening pockets.

Not to ascribe epic importance to a single episode, but for us, our encounter with this happy and courteous bunch of kids lent us more fuel with which to demand that the looters of our citizen's treasury be made answerable to their felony. Buwagin ang pork barrel, ikulong ang mga mandarambong! #RIPpork #KAPORKPORKAN #ScrapPork #notoporkbarrel" 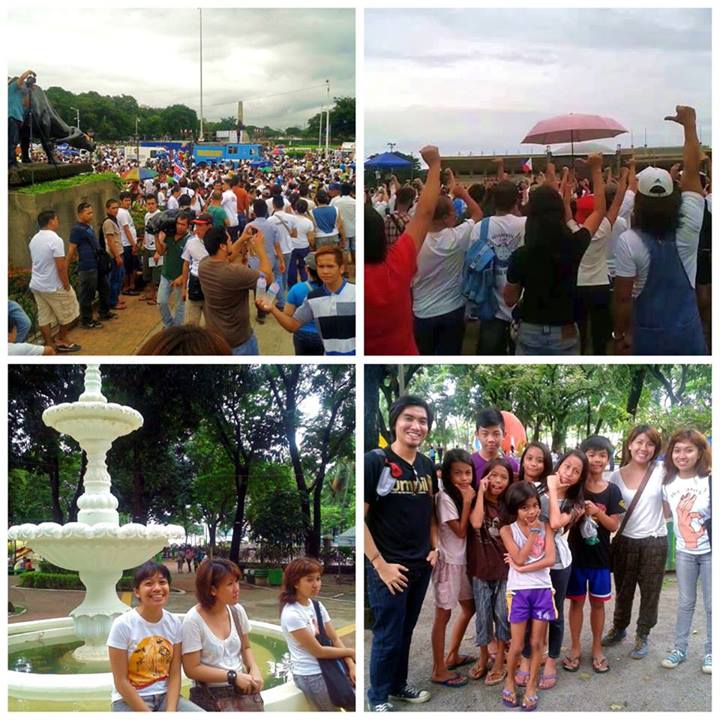 The aftermath of the protest left no litter, according to Judith Albano.

Ateneo and La Salle are united against Pork Barrel, according to an Facebook post by The LaSallian. "The champion of free expression [Juana Change] visits the La Salle and Ateneo camps in the #MillionPeopleMarch taking place in Luneta today, August 26, National Heroes' Day. Along with the contingent from the La Salle schools and the delegation from ADMU, Juana C. is in solidarity with the estimated 60,000 rallyists - and counting - demanding government to scrap the PDAF amidst calls for transparency, accountability, and the just use of public resources. #scrapPDAF 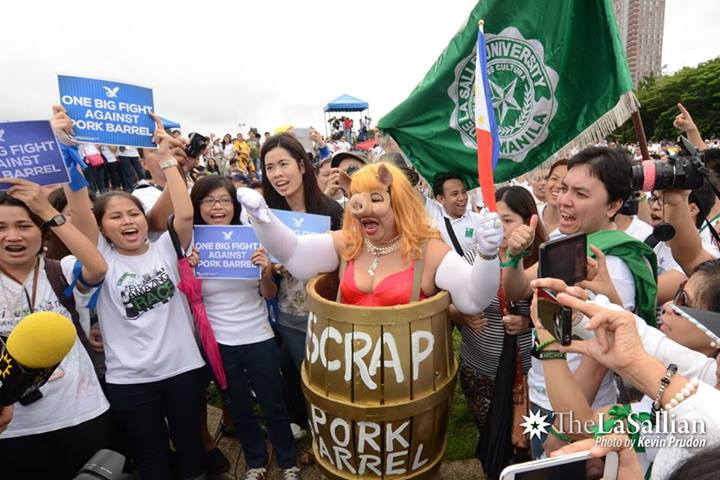 Carlos Celdran and Cardinal Tagle! "Look who I photobombed. I am pretty sure he had no idea who I was. Hee hee." 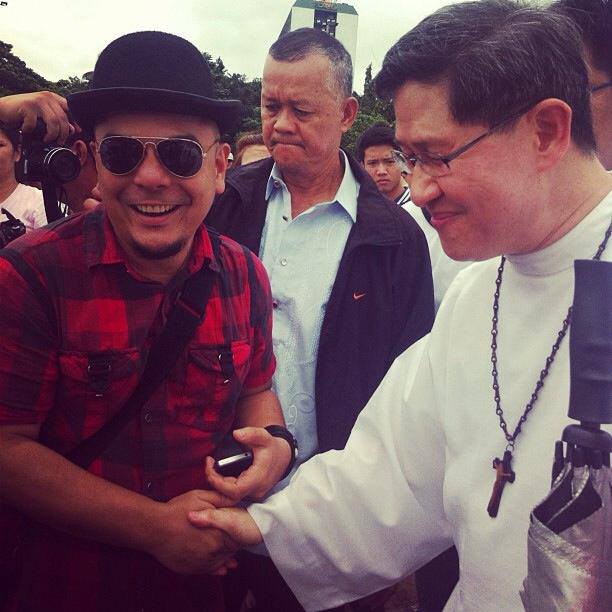 This post from this page showcases the mistrust and anger towards legislators associated with the PDAF scam. 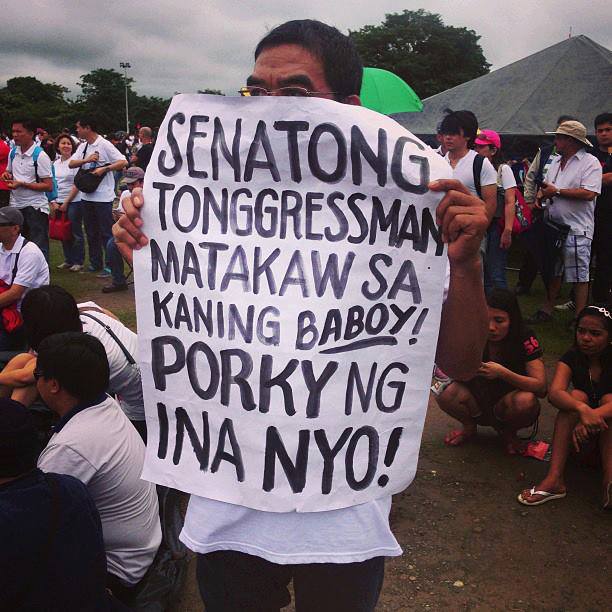