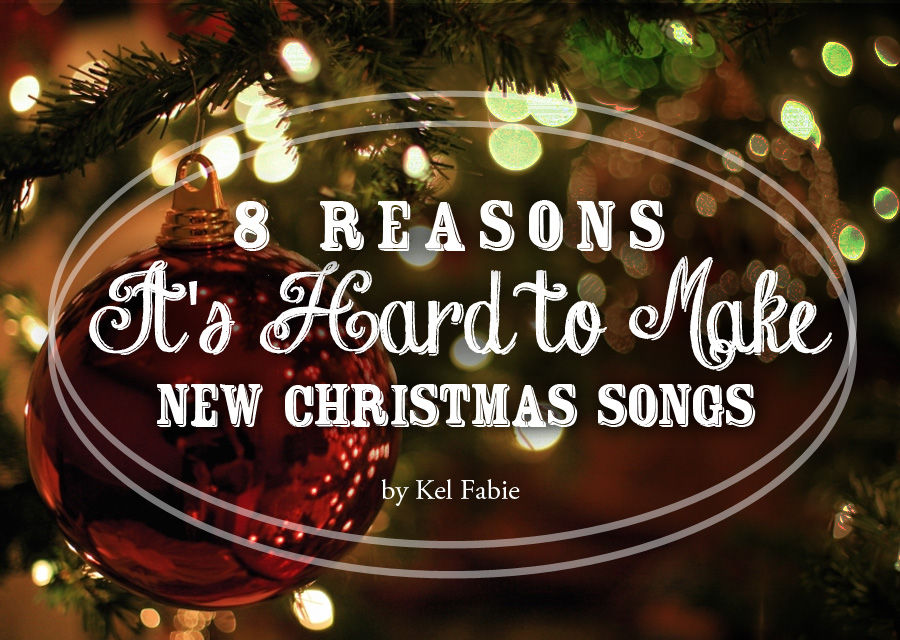 [dropcap letter="R"]ecently, I was trying to come up with a list of new Christmas songs released in 2014, maybe 2013, if ever. Unfortunately, five hours into the rabbit hole, and I could barely find more than two, let alone 8. And those two came from Darius Rucker, of Hootie and the Blowfish fame.
So this got me to thinking: why is it so hard to make a new Christmas song in the first place? It's not like there's a lack of Christmas albums going around, and yet, most of these albums feature only remakes of classic Christmas carols, and maybe one or two new songs, at the most. Is this a conspiracy by Big Christmas or the Yuletide Mafia? Let's take a look at why it's so hard to come up with new Christmas songs year after year...

Via Giphy.com
“White Christmas.” “The 12 Days of Christmas.” “Little Drummer Boy.” “The Christmas Song.” “Christmas Time,” by the Backstreet Boys. These are all hits of years past, remade every single year by musical artists, instead of writing new Christmas songs. Heck, even Jose Mari Chan, the Filipino patron saint of Christmas himself, took twenty-two years before he dared to make new Christmas music after his phenomenal “Christmas In Our Hearts Album.” Do you even know a single song from that new album? My point, exactly.
There's always that nagging notion of not fixing what's broken, and just sticking to the classics. After all, why risk making a new Christmas song that would never catch on if you know everyone's going to love how well you belt out “All I Want For Christmas Is You?”

Think of the Christmas jingles both GMA-7 and ABS-CBN come out with on an annual basis. Now, try to remember the one either of them used last year. You can't, right? But for some reason, ABS-CBN sometimes still runs with “Ikaw Ang Star Ng Pasko,” a song they came out with five years ago. Very related to #8, because despite being only five years old, “Ikaw Ang Star Ng Pasko” is essentially a classic Christmas song by now, and it seems to be the only “new” Christmas song carolers sing while going door to door.

Out of all the Pinoy Christmas songs out there, think about the other classic ones we have by other artists aside from Jose Mari Chan: we have “Miss Kita Kung Christmas,” by Susan Fuentes, “Pasko Na, Sinta Ko,” by Gary Valenciano, and “Sana Ngayong Pasko,” by Ariel Rivera. In the same vein, you have “Christmas Single,” by Rocksteddy.
These are great songs in their own right, but they sure don't do much to dispel the myth that most depressed people who decide to commit suicide do so during the holidays. Given that we're supposedly a cheerful people, we pretty much quietly decided to just bury all our good but depressing Christmas hits with rehashed jingles and Christmas medleys involving this year's biggest pop hits. 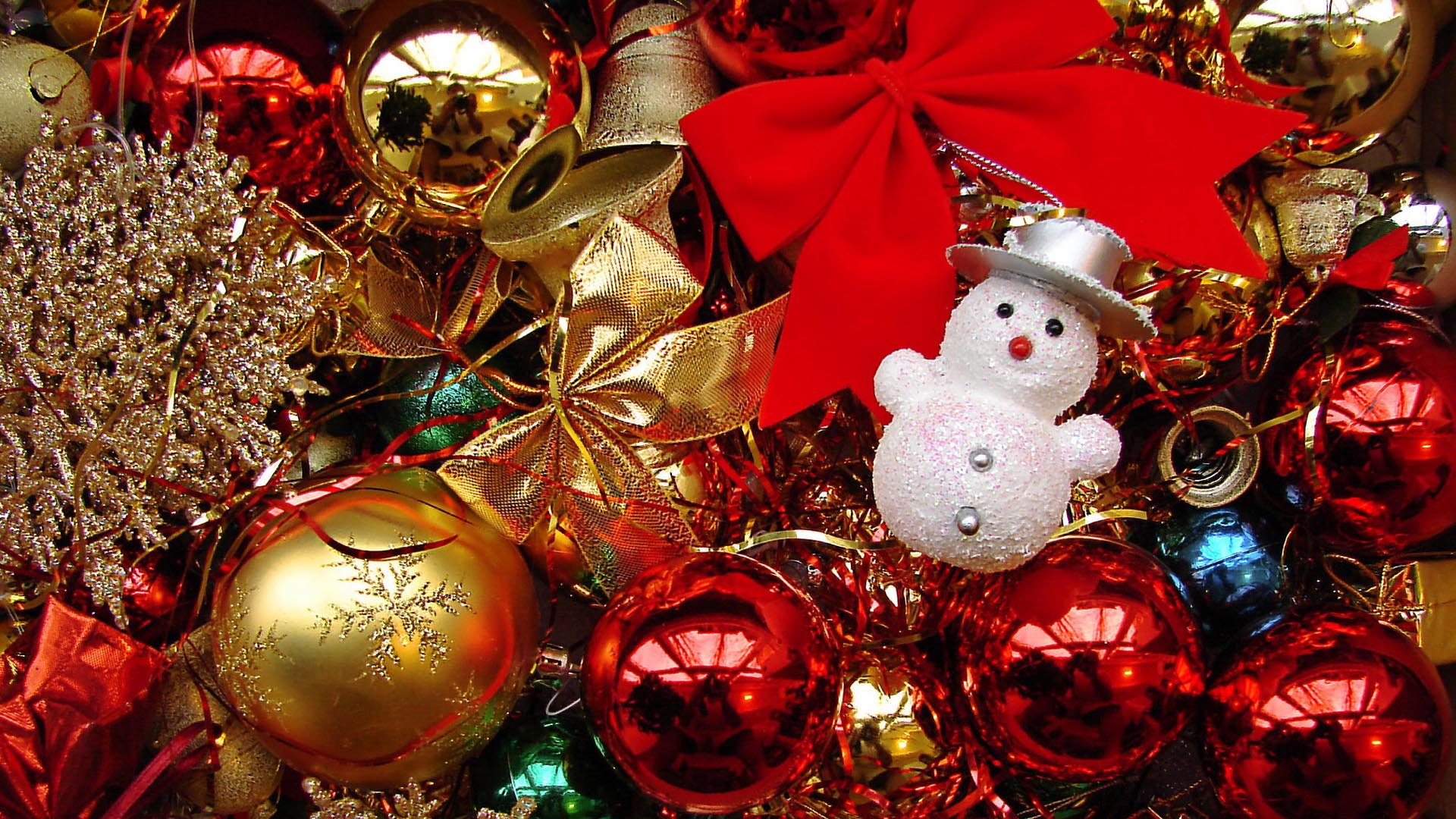 Via /outdoor-christmas-decorating-ideas/
Goodwill. Candy canes. Snow, if you don't live in a tropical country. Despite the fact that 90% of all music revolves around love and its offshoots, it seems most songwriters hit a mental block when it comes to finding a new angle to sing about Christmas. And because of this mental block, some of them even worry that... 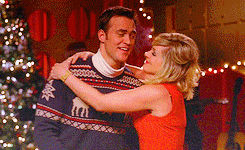 Via Giphy.com
Who likes being typecast? Nobody does. But it would seem that being typecast as “the cheesy Christmas album guy” is something musicians avoid even worse than actors try to avoid being typecast by taking on “daring roles” to freshen up their image. And yes, they do this by just covering classic Christmas songs instead of writing new music for the occasion. So maybe they make a bunch of Christmas albums, but as long as next to none of them are original songs? They're in the clear. But why? 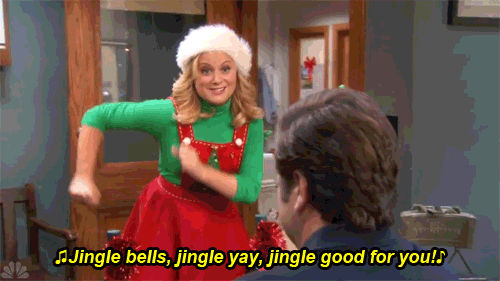 Via Giphy.com
Newsflash: if anyone gets offended because you wish them a merry Christmas, they're just being a pain. You don't have to be Christian or even a believer of any faith to appreciate the goodwill of the season, and you have every right to celebrate the occasion if it doesn't hurt anyone. Despite that, some of the indie musicians I've asked about this have worried that it's hard to rhyme anything with “Happy Holidays,” because they feel compelled to use only that as their lyrics. Oy vey. 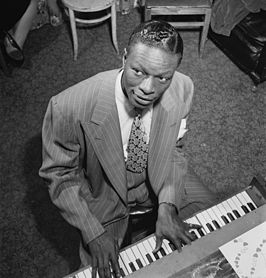 Via wikipedia.org
Is “All I Want For Christmas Is You” originally by Mariah Carey? Yes, it is. But was “White Christmas” an original by Nat King Cole? Of course not. Yet in most cases, that's the version of the song everyone remembers most, and let's be honest here: album sales trumps producing new music for lot of artists.
If you could sell a truckload of albums by making people think you're the voice behind “My Grownup Christmas List,” then why would you have to write a song that may or may not catch on anyways, and could very well be supplanted by someone else's cover of you when the time comes? 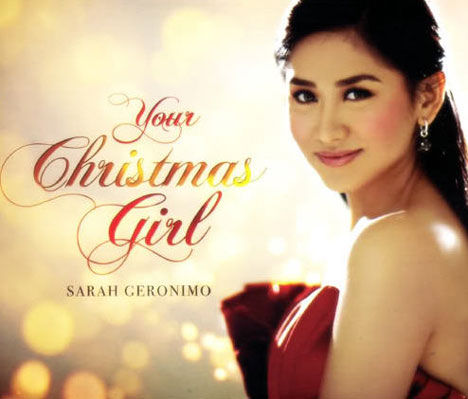 Via photobucket.com
How long does it take before a new Christmas song catches on with us Pinoys? It takes a lot of effort to break past our lethargy and contentment with “Sa 'Ming Bahay,” or “Pasko Na Naman,” after all. So yeah, even if someone did make a lot of new songs this year, odds are in favor of them not really being rewarded for it with album sales, whereas an album filled with our favorites done in the style of Sarah Geronimo is more of a sure bet for her.
So maybe that's why it's so hard to find new Christmas songs to share with all of you guys.