Recently, Senator Miriam Defensor-Santiago made full use of her parliamentary immunity. Through her privilege speech, she threw a kitchen sink of accusations and personal attacks against her Bejeweled-playing colleague Senator Juan Ponce Enrile (JPE).

What if parliamentary immunity (a privilege that allows legislators limited protection against prosecution as they conduct official business) extended beyond mere speech and debate, and beyond Hunger Games references? What if both Senators were free to spar outside the confines of our most august Congress? We’d end up seeing Defensor-Santiago and Enrile facing off through activities like a... 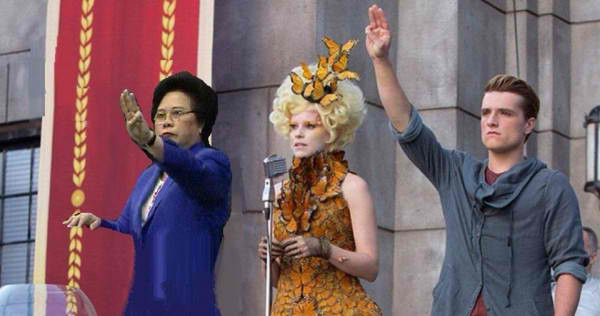 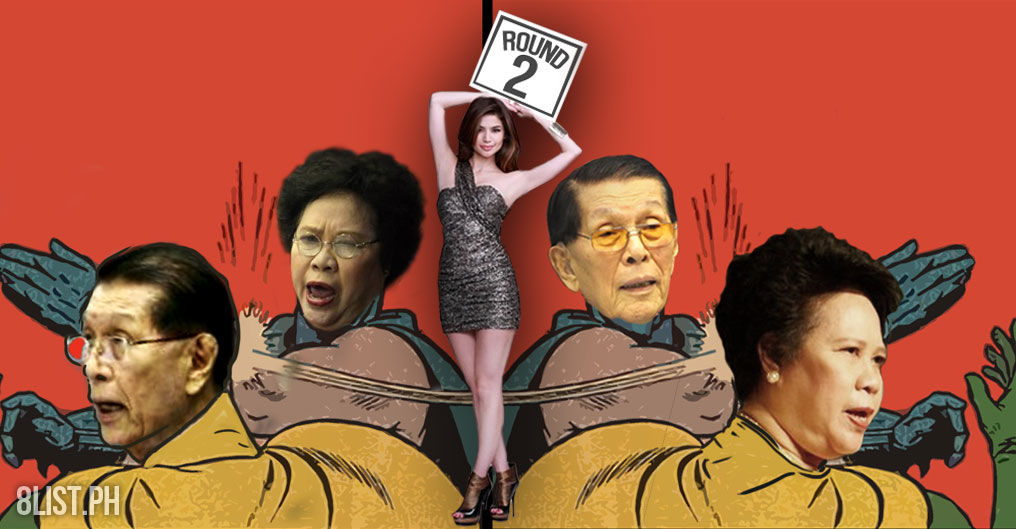 Yes, slapfests are traditionally between two people of the same sex. Yet Miriam is tough-as-nails, and Enrile’s age means he’s not a perfect physical specimen, so it will be an equal contest. We can even get Anne Curtis and Cherie Gil herself to judge!

Most Likely to Win: Miriam. Even if Enrile’s age numbs him to physical pain, he’ll eventually crumble against Miriam’s younger and faster slap hand. 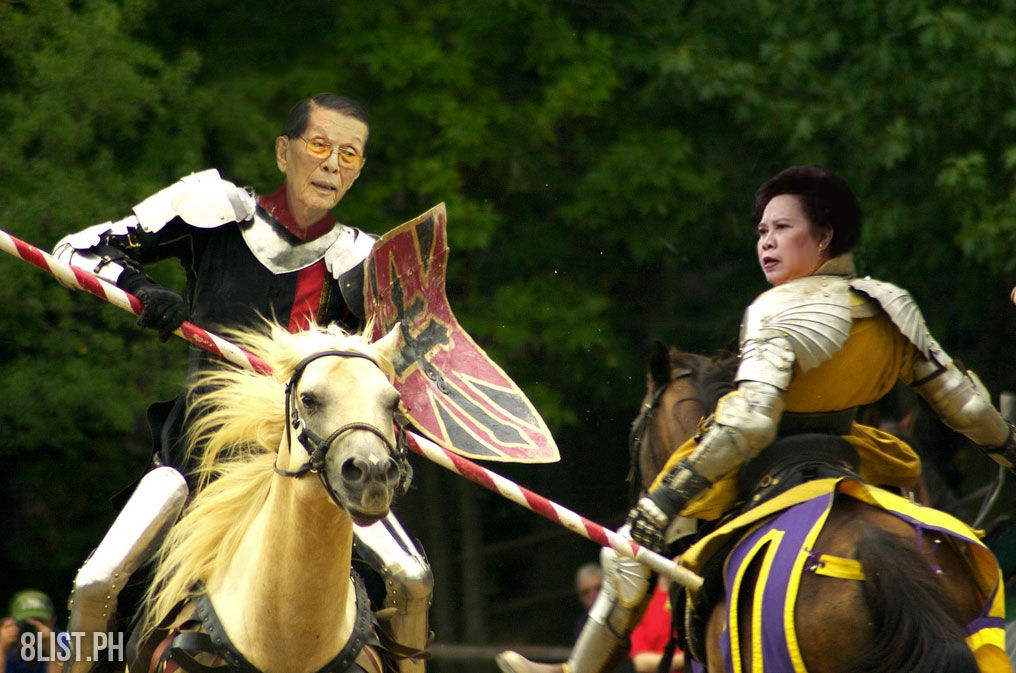 While we’re on the subject of Enrile’s age: just how old is the veteran senator? We think he grew up while jousting was still in vogue. For those too young (meaning, anyone who hasn’t watched A Knight’s Tale), jousting is where two knights ride horses and charge full speed at each other, attempting to knock off their opponent through a long pole weapon called a lance.

Most Likely to Win: Enrile. Since he was around when knights jousted, he knows the tricks of the trade.

6. WWE Hell in a Cell Match 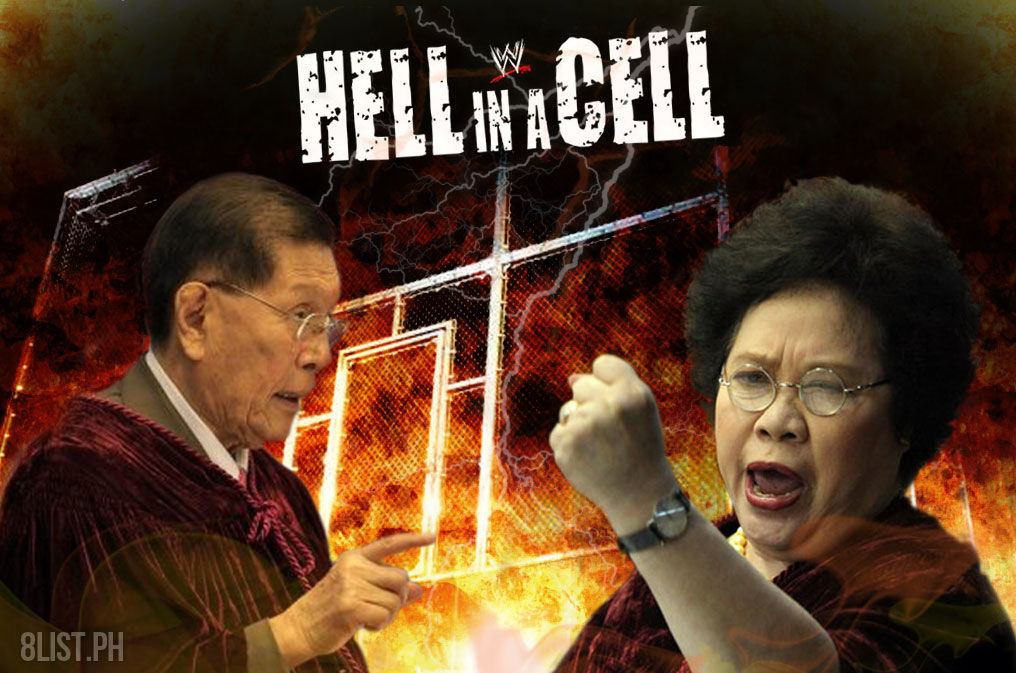 With at least one person wondering online if the beef between Miriam and Enrile is scripted, the WWE would be a great venue for Miriam and JPE to act out their drama. Few pro wrestling events are as explosive and entertaining as the Hell in a Cell match, a no-disqualification competition where wrestlers are locked in by an imposing—and legitimately painful—steel cage. Two Senators go in, only one walks out.

Even better, both Senators get to choose an awesome entrance theme.

Most Likely to Win: Enrile. If indeed the whole thing’s scripted, the veteran Senator would find a way to turn it to his advantage. 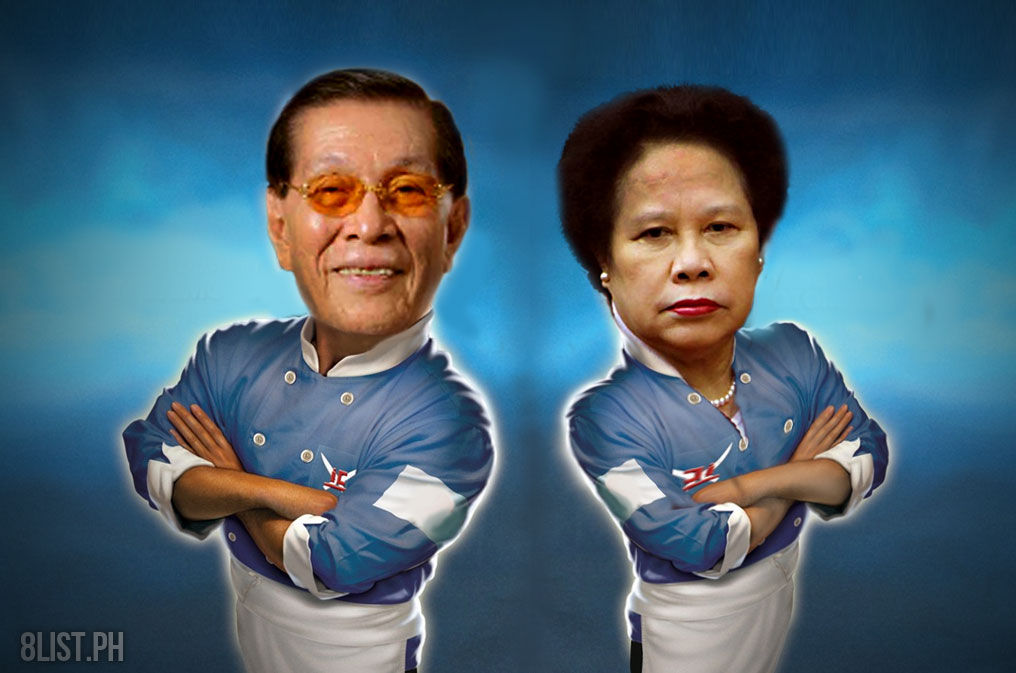 An Iron Chef-style battle would be great for the two Senators. Don’t take my word for it:

Santiago: “He eats his own words for breakfast.”

Enrile: “Kung bibigyan ako ng regalo, tatanggapin ko lalo na kung rosas pandan. (Ngayon kung reregaluhan ko siya) bakasakali corned beef. ‘Yun lang ang kaya ko corned beef, eh. Masarap naman ‘yung corned beef ‘di ba (If I am given a gift, I will accept it, especially is it is a rosas pandan. [Now, if I were to give her something) it might be corned beef. That’s all I can afford, corned beef. But corned beef is delicious, isn’t it)?”

Most Likely to Win: Enrile. His daughter owns premium corned-beef brand Delimondo, while his wife is one of the backers of Petra and Pilar. 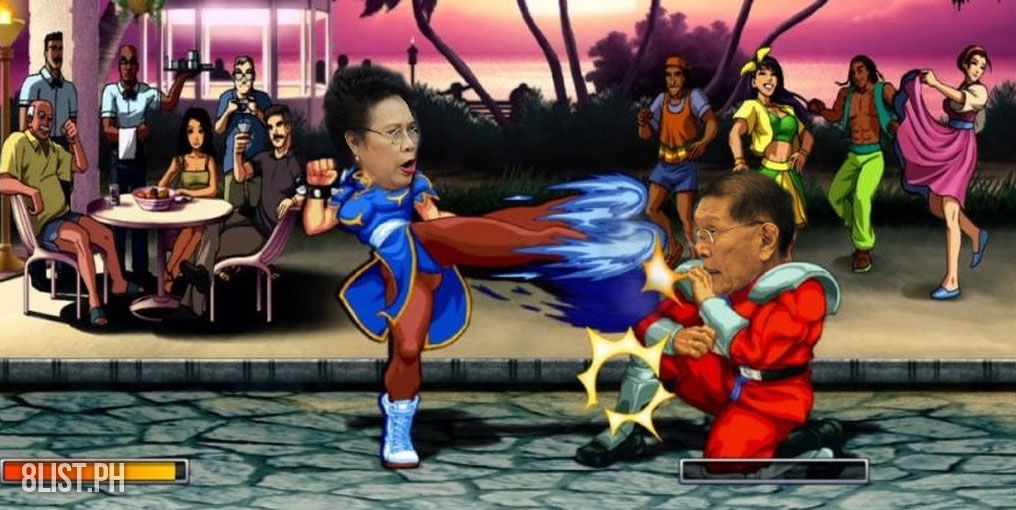 Even if there is multiplayer Bejeweled (a game that inspired Candy Crush), Street Fighter seems a better way to get all that aggression out. Both Miriam and Enrile can imagine each virtual punch, kick, or energy projectile as real when they hit their opponent in the game. It becomes less a battle of words, and more a contest of who’s really down-right-fierce (punch).

Most Likely to Win: Miriam. As the younger one, her fingers would be more agile, so she would handle a game controller much better.

The FlipTop YouTube channel is the country’s premiere venue for local-language rap battles. Watch it to see rappers destroy one another through profanity-laced verbal bombs. It’s amazing how insulting someone can lead to creative one-liners and rhymes.

Both Miriam and Enrile are veteran word warriors, so why not get them up on a stage, and have them throw insulting raps at one another a cappella? It’s just like fellow Senator Jinggoy Estrada rapping his own privilege speech.

Most Likely to Win: Miriam (MC Cray-Z). Her non-stop barrage of witticisms and insults would eventually force Enrile (MC Ol-D) to tap out by covering his ears. 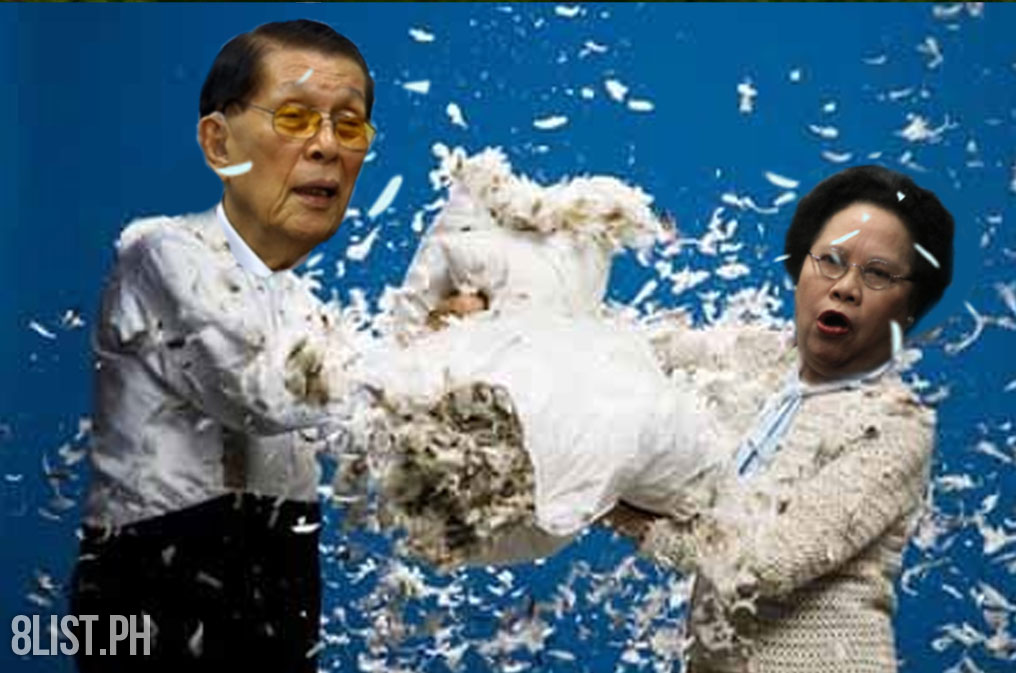 Senators Miriam Defensor-Santiago and Juan Ponce Enrile have always faced off on such harsh terms. Why not have them fight this round in a soft, cushy manner?

Most Likely to Win: Whoever wins, our eyes (and sanity) will lose.

While the dancing game has seen better days in terms of popularity, the arcade staple is still a great way for Defensor-Santiago and Enrile to resolve their differences, through their feet instead of emphatic hand gestures and blithering speech.

Both Senators would keep on dancing, on progressively harder tracks, until one of them can’t keep up with the incessant stream of arrows scrolling up the screen.

Most Likely to Win: Neither. Both Senators would keep dancing long after this political-issue-of-the-month has ended.