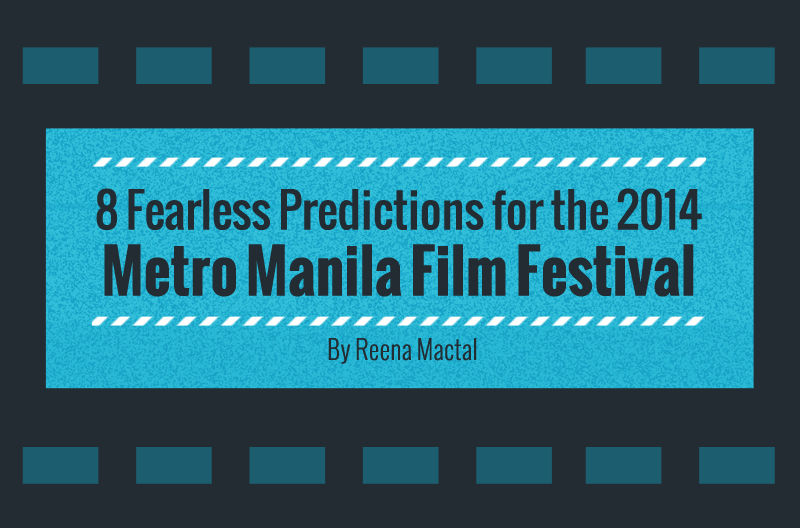 December is upon us and once again, it’s that time of year when for a week, theaters close their doors to Hollywood movies and show an all-Pinoy line-up of films.
Of course, most of these films were paid for by the few surviving studios, dreamy venture capitalists, and by us, the taxpayers, through the Amusement Tax Collections. And as past festivals have shown, let us expect long lines in the malls, bloated box-office reports, and ambush testimonials by shrieking fans. Or if not, fingers crossed and toes scrunched, maybe a worthwhile film in the bunch.
Here are 8 predictions about the upcoming festival. 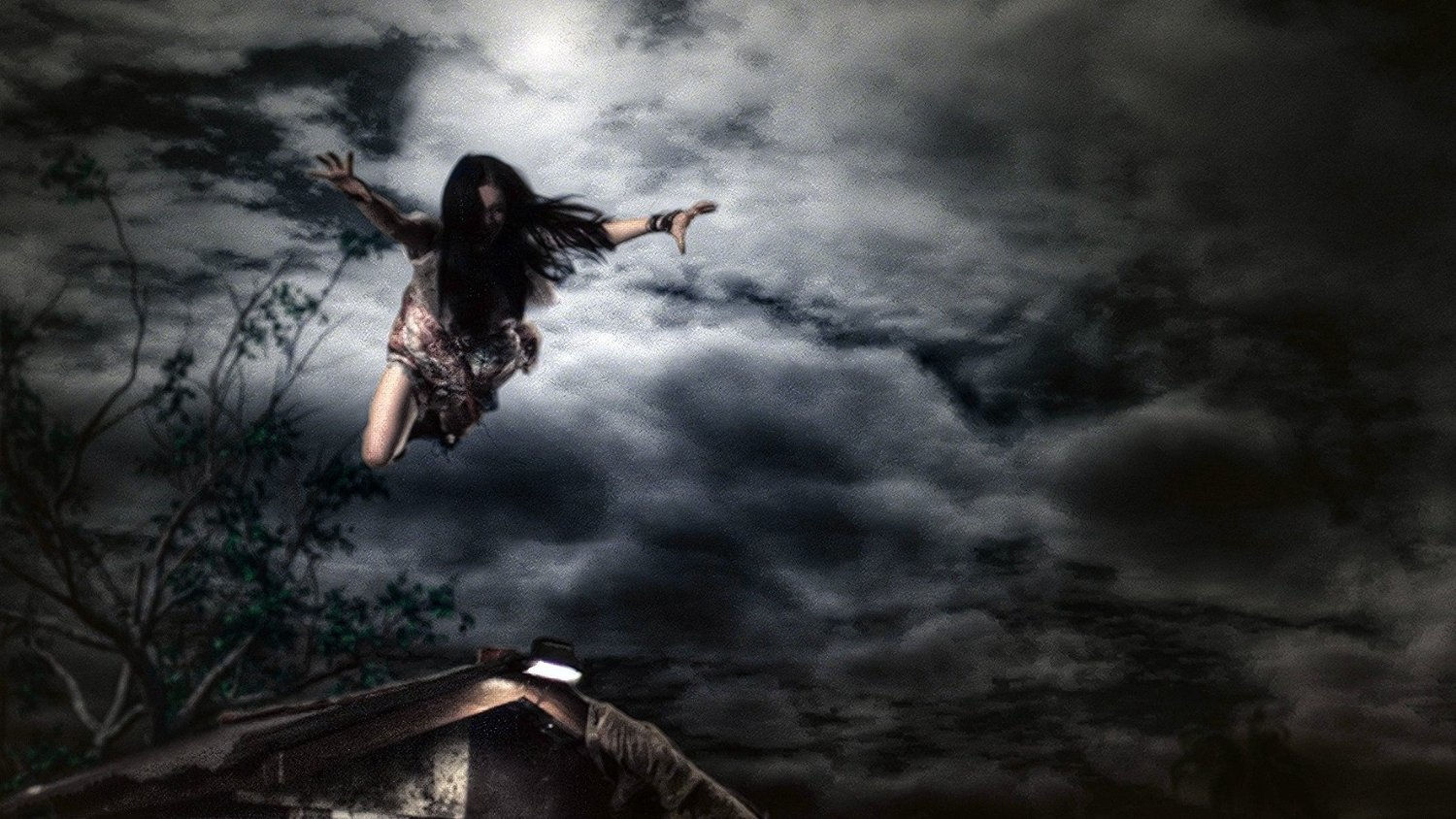 Via saltypopcorn.com.au
After spending his energies on his magnum opus “On The Job,” Matti looks like he’ll be shying away from serious fare at least the time being. This Christmas brings “Kubot: The Aswang Chronicles 2,” the sequel to the campy supernatural romp “Tiktik: The Aswang Chronicles.” With the addition of indie comedians like Jun Sabayton and Bogart The Explorer to the cast, and a moody Binondo location, this may be two hours of pulpy fun, close in spirit to John Carpenter’s “Big Trouble In Little China.”

7. As usual, historical biopics will be loved by the scholars, but snubbed by the masa. 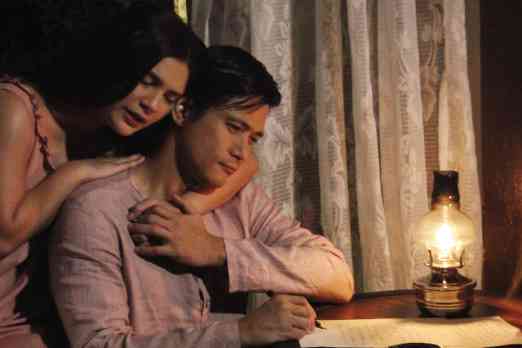 Via entertainment.inquirer.net
Not since Marilou Diaz-Abaya’s “José Rizal” did historical biopics make blockbuster hits. Perhaps Filipinos on holiday just want their brains shut off, and not be reminded of Aralin Panlipunan classes. Despite the magnetic pull of Daniel Padilla (in a frame story similar to Mike de Leon’s “Bayaning Third World”) and slick Hollywood production values, “Bonifacio, Gusto Mo Ba Siyang Makilala?” may turn out epic, but there are no guarantees that it could recoup its expenses. Except, of course, if teachers make this film required viewing for their students.

6. My Big Bossing’s Adventures won’t make as much as the first one.

Via youtube.com
With Kris and Bimby Aquino gone and starring in their own separate movies, could Vic Sotto and Ryzza Mae Dizon sustain the magic of the first one?
Not helping is the producers’ choice of turning the movie into a three-part anthology, chapter-marked by three different genres (comedy, horror, fantasy) and three different directors (one of them, at least, being the unimpeachable Bb. Joyce Bernal). Sure, it’s a formula that’s worked before, but we all have a feeling that the Ryzza Mae fever is cooling down.
A hundred bucks says it won’t beat “The Amazing Spider-Man 2” this time around. (Andrew Garfield, yes, you may unclench your sphincter now.)

5. The Muslim community will have a grand time with the MM.357 reimagining. 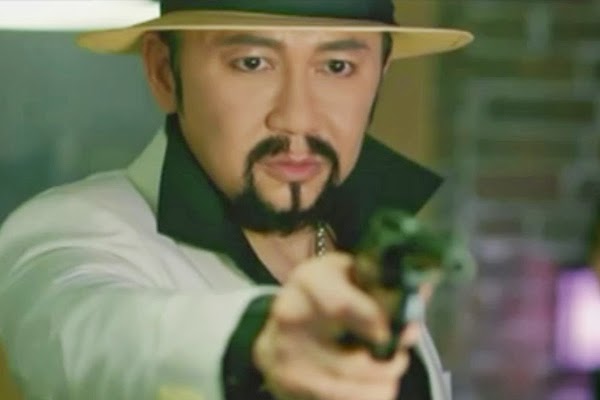 Via mymovieworld-coolman0304.blogspot.com
The country’s Muslim community is often neglected and under-represented in the fictions we blast on our screens; their people often reduced to stereotypes. If not, the general populace (mostly Catholic) just isn’t interested in their stories. Last year’s “Thy Womb” placed last in the money report.
Now, with ER Ejercito’s remake of the Fernando Poe Jr. classic, “Magnum Muslim .357,” here’s to hoping our brothers from the South will have fun with this Dirty Harry-inspired actioner. 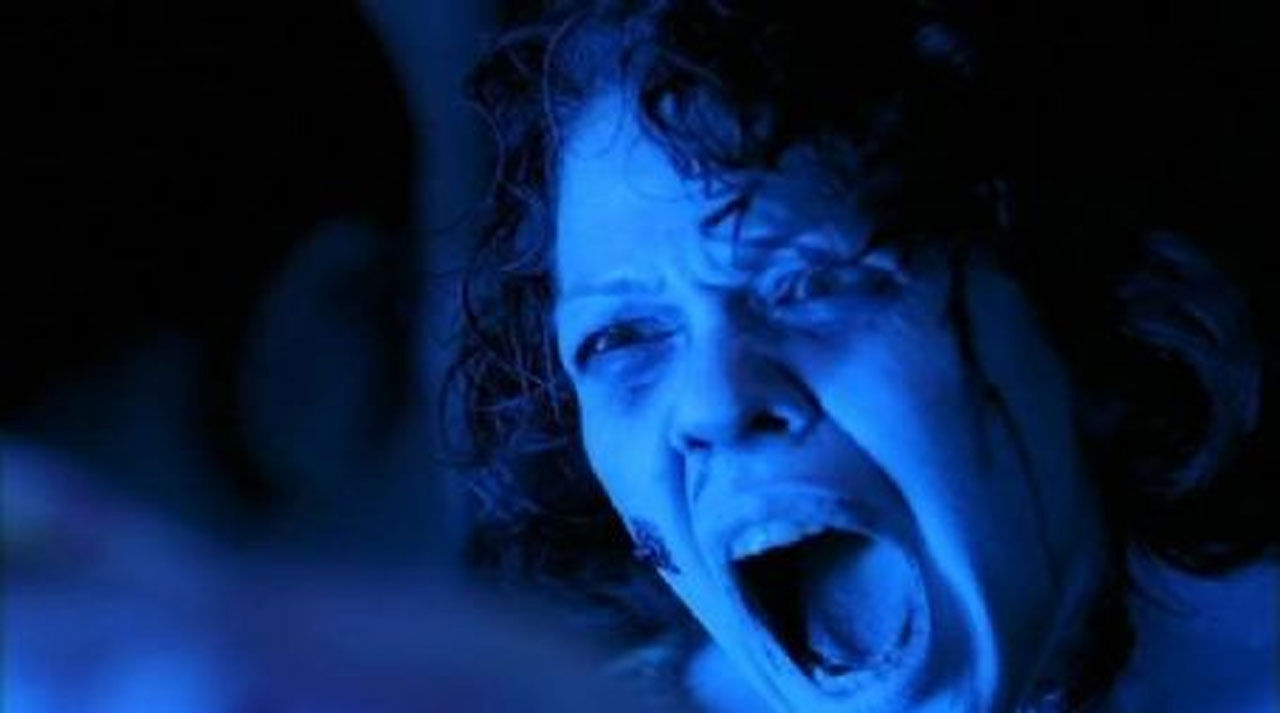 Via movies.film-cine.com
Isn’t it strange that in the Philippines, horror films and Christmas go well together? (Hey, we’re a strange people.)
The war between these two horror franchises will prove to be interesting (to film nerds, at least).
On one corner is Chito Roño, a veteran helmer, and on the other is Jerrold Tarrog, the most prolific auteur working today. Sad to say, the “Shake, Rattle & Roll” films, over the years, had gone septic like a toenail. Now, with Coco Martin co-starring with Kris Aquino in “Feng Shui 2,” it’s a no-brainer on who’ll stay on top. 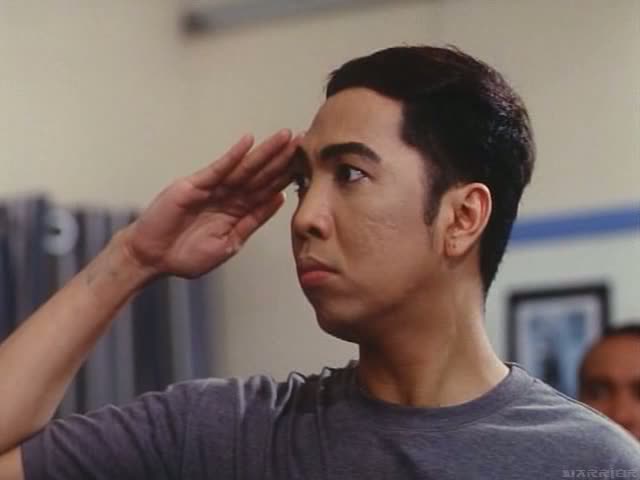 Via thepiratebay.se
Vice Ganda still reigns supreme, and his crusade in empowering the gay community keeps on chugging along. And now, his cult is growing bigger by the day.
With okray humor being the gold standard of Pinoy comedy nowadays, “Praybeyt Benjamin 2” will surely bring the theater house down. Let’s not forget the draw of Bimby Aquino added to the mix. You don’t need the brains of Philbert Dy to get to that conclusion.

2. Director Dan Villegas will reap all the major awards. 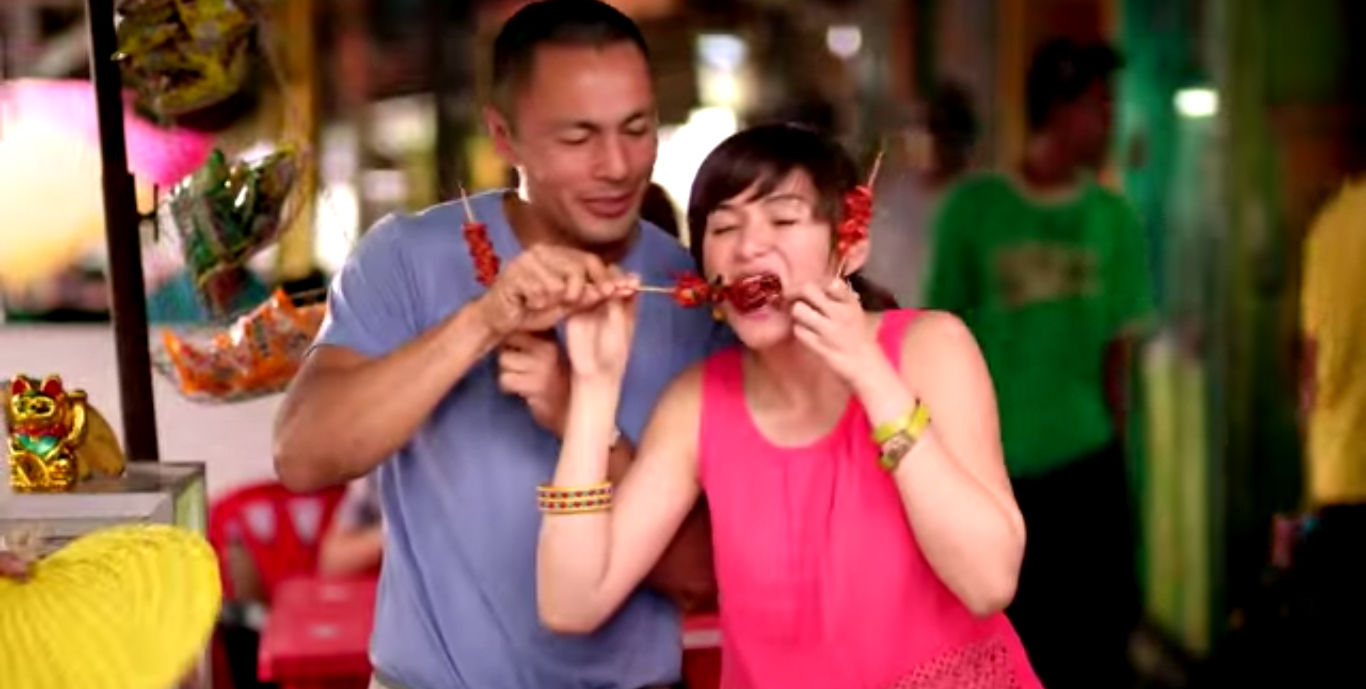 Via youtube.com
Touted as one of the greatest Filipino cinematographers working these days, Dan Villegas wears the auteur cap and helms his second film, “English Only Please.” It’s a quirky rom-com starring Derek Ramsay and Jennylyn Mercado. Also, it’s the only romance movie in the bunch, so that’s a big advantage to its producers, Quantum Films.
With dynamite scripting by the Palanca Award-winning Antoinette Jadaone and Villegas’ Christopher Doyle-inspired lensing, this one will definitely be bagging all the trophies. 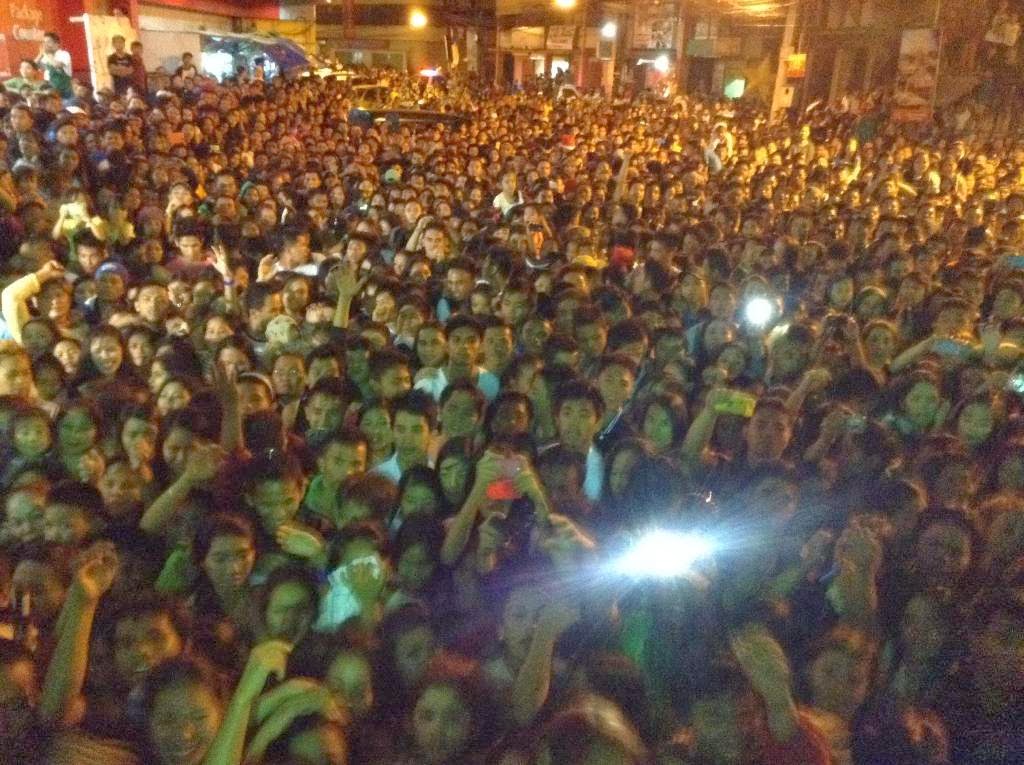 Via lionheartv.net
It will all be just a bit of history repeating itself. Revolutions. You follow?
Attic-dwelling critics will tear their hair out and bemoan the sad state of Philippine cinema and their countrymen’s lack in taste.
The masa, on the other hand, will have the time of their lives, for the two hours they sit in the dark, as they forget about their hard knock lives.
Rinse. Recycle. Repeat.
Have a fun time at the movies, ladies and germs!
D0 you have your own MMFF predictions? Share them with us in the Comments Section below!