8 Movies About Food to Inspire Your Next Meal 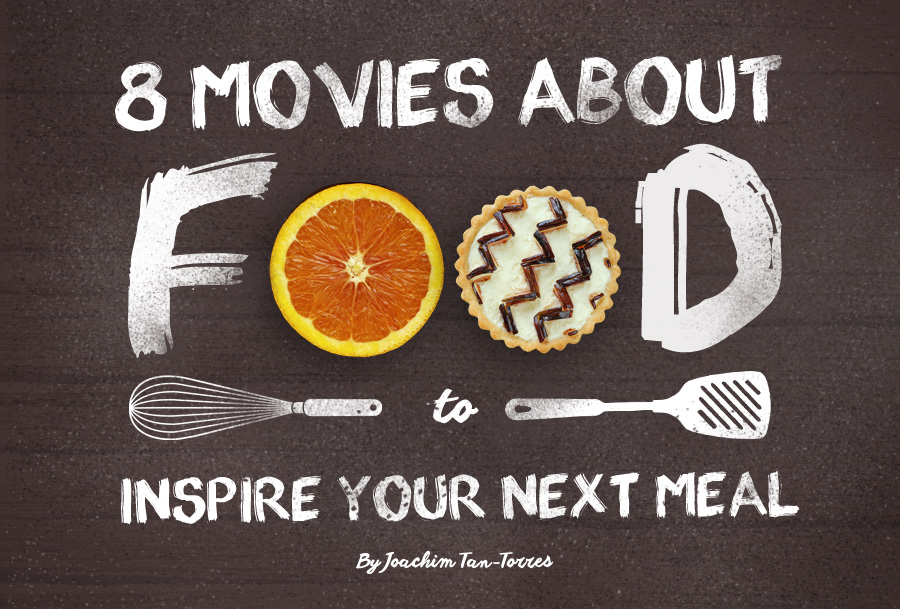 [dropcap letter="M"]alls in Manila have started gearing up for the holidays, and food events (such as the recently-concluded Best Food Forward in Rockwell and the Chocolate Festival in Eastwood City) are everywhere.
If you find yourself making the same home-cooked recipes over and over again, here are some that could serve as inspiration and get you out of that culinary rut.
There are many excellent cooking shows out there such as “Top Chef” and “Masterchef”, but here we’ll focus on the big screen. Here are 8 movies that will inspire you to get creative in the kitchen. 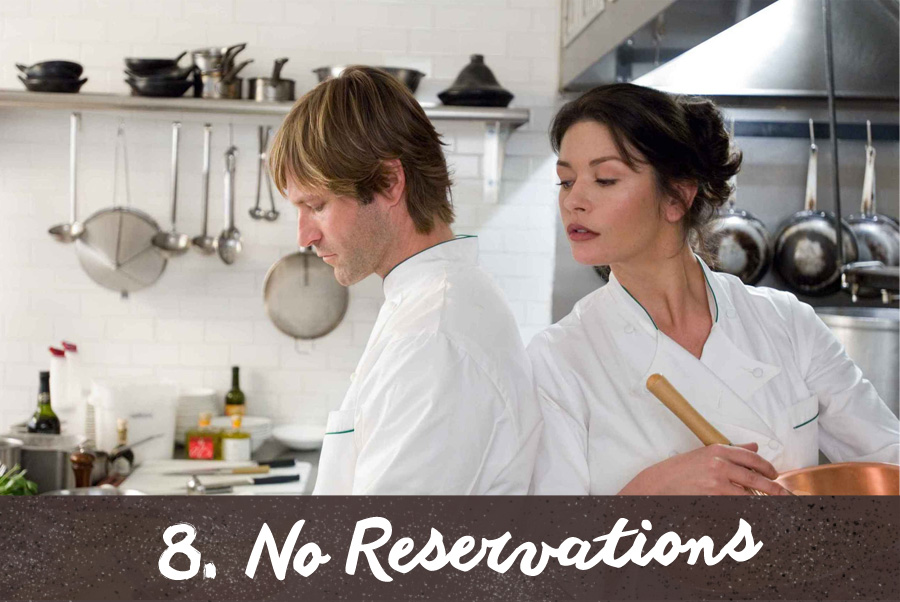 Via fanpop.com
Kate (Catherine Zeta-Jones) is a star chef at 22 Bleaker Street Restaurant in Manhattan. Her life suddenly changes when her sister gets killed in a car accident. She now faces new problems and responsibilities: taking care of her niece and dealing with her boss hiring Nick (Aaron Eckhart), the new sous chef and the man who would eventually change her life. 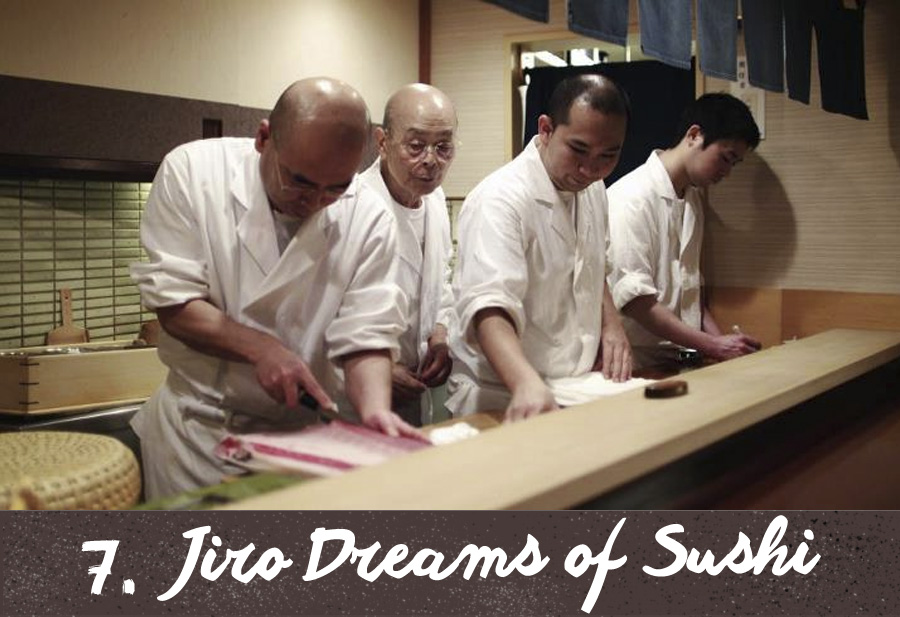 Via sevendaysvt.com
This documentary tells the story of 85-year-old Master Sushi Chef Jiro Ono who continues to pursue his lifelong dream of making the perfect sushi, his renowned tokyo restaurant Sukiyabashi Jiro, and his relationship with sons Takashi and Yoshikazu, who are also sushi chefs. 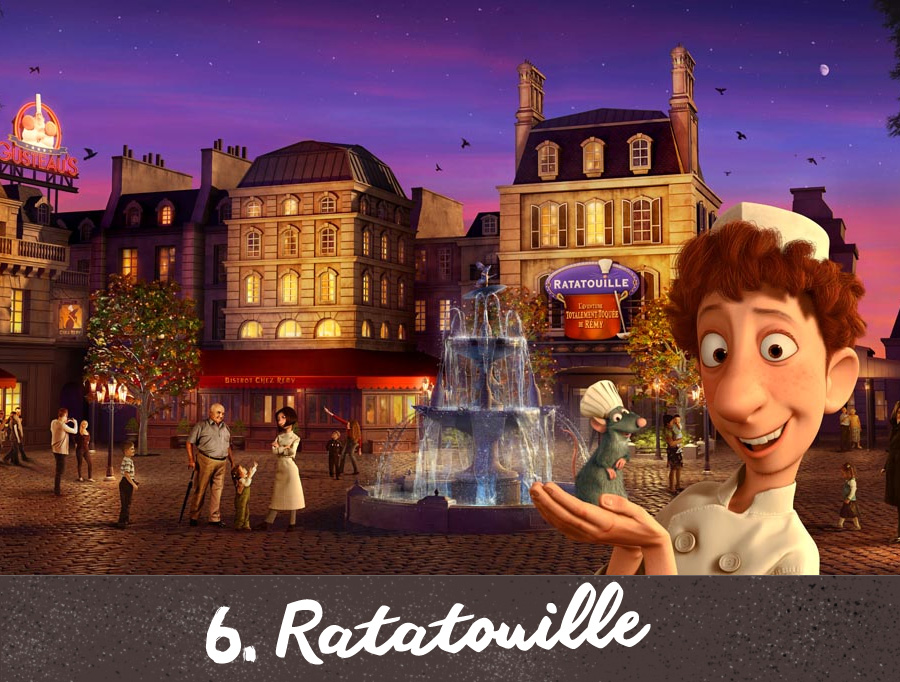 Via thewaltdisneycompany.com
A story about a rat named Remy who dreams to be a chef, inspired by Auguste Gusteau, a chef who recently passed away; and Alfredo Linguini, a garbage boy who desperately needs to keep his job. Linguini works in Gusteau’s, a restaurant run by Skinner, a shrewd chef who is using Gusteau’s name to sell frozen foods. Remy and Linguini team up for a hilarious and exciting adventure in Paris’ culinary world. 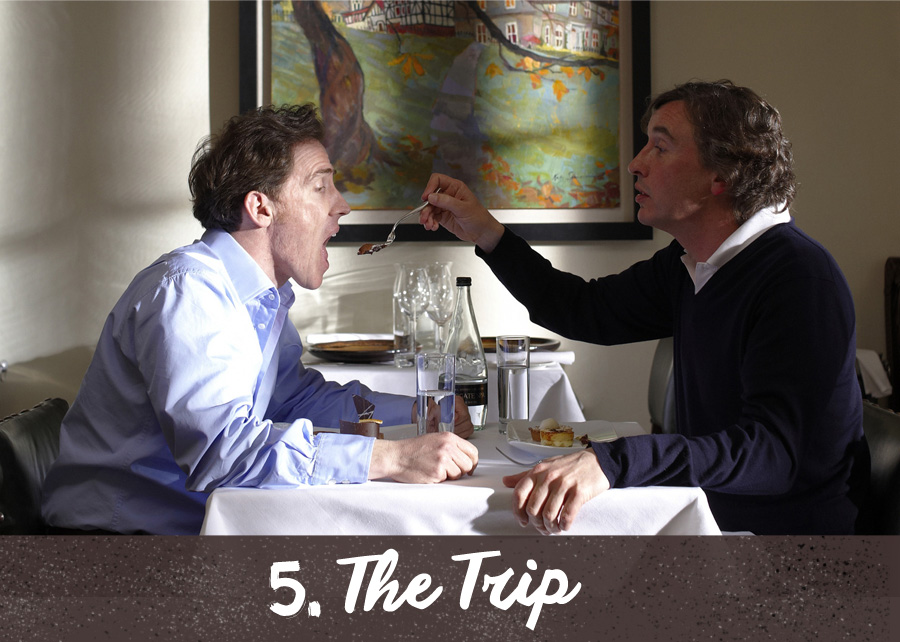 Via ourgoldenage.com.au
This one started out as a TV series, but was eventually edited into a feature film, where actors Steve Coogan and Rob Brydon play fictionalized versions of themselves.
Coogan is a writer for the Observer UK. Wanting to impress his foodie girlfriend, he decides to take a tour and write about the  finest restaurants in the north of England. The girlfriend, however, unexpectedly dumps him. He decides to go anyway, this time taking Brydon, his friend and colleague . What ensues is a road trip packed with hilarious arguments and a fair amount of celebrity impersonations.
The second series, entitles "The Trip to Italy," was also made as a feature film this year. 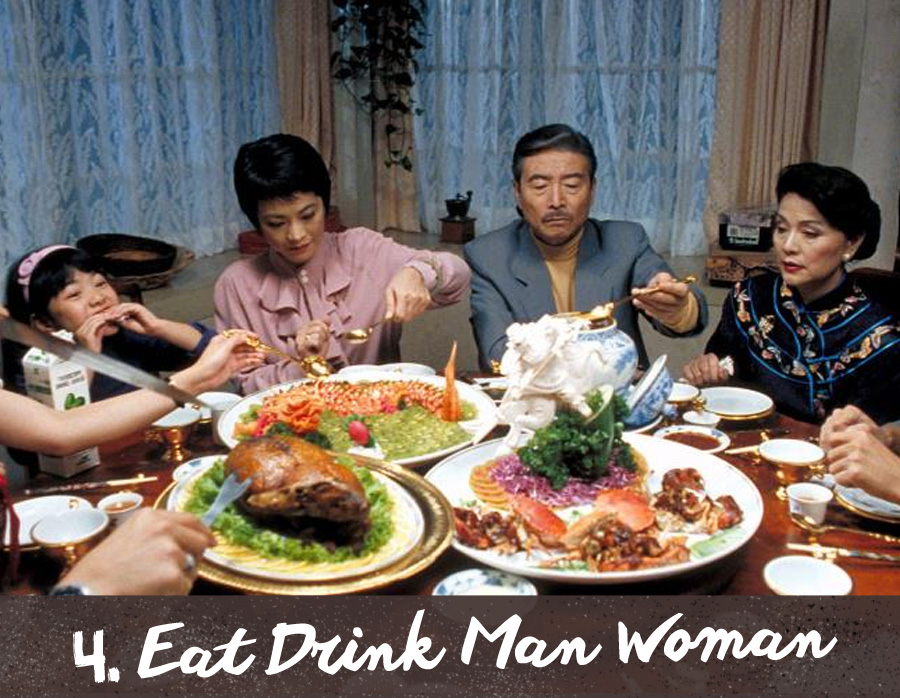 Via wegotthiscovered.com
This Taiwanese film, by Academy Award-winning director Ang Lee, tells the story of Master Chef Chu and his three daughters, their life in the house that revolves around elaborate Sunday dinners, and men in their lives. 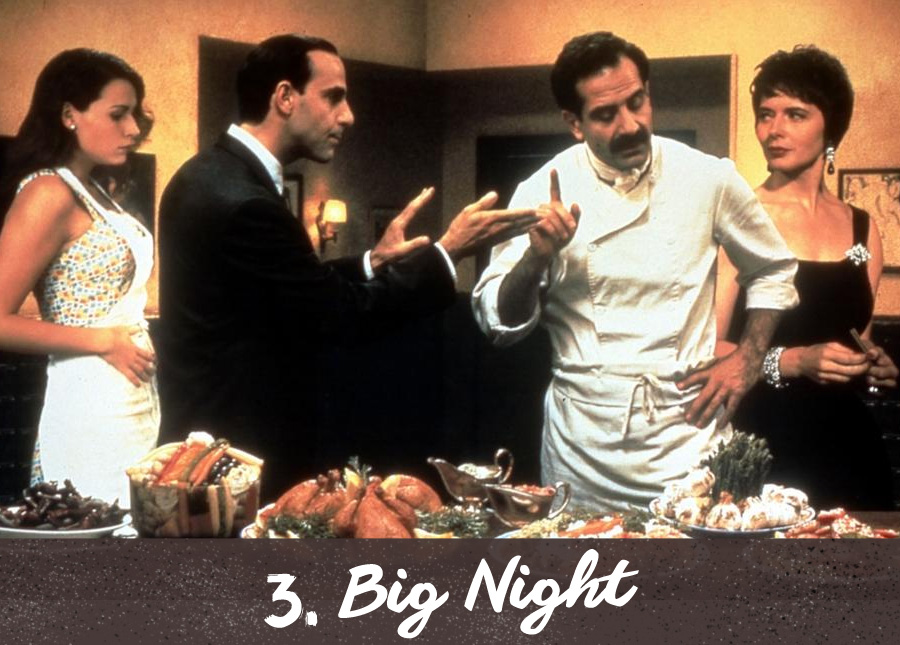 Via forbes.com
Brothers Primo and Secondo move to America to open an Italian restaurant. Despite their talents in cooking and managing, the restaurant does not do well (due mainly to the routine menu and Americanized flavors that they needed to comply with). Trying to keep the restaurant alive, they ask help from Pascal, the owner of a successful Italian restaurant, to prepare for a special night. 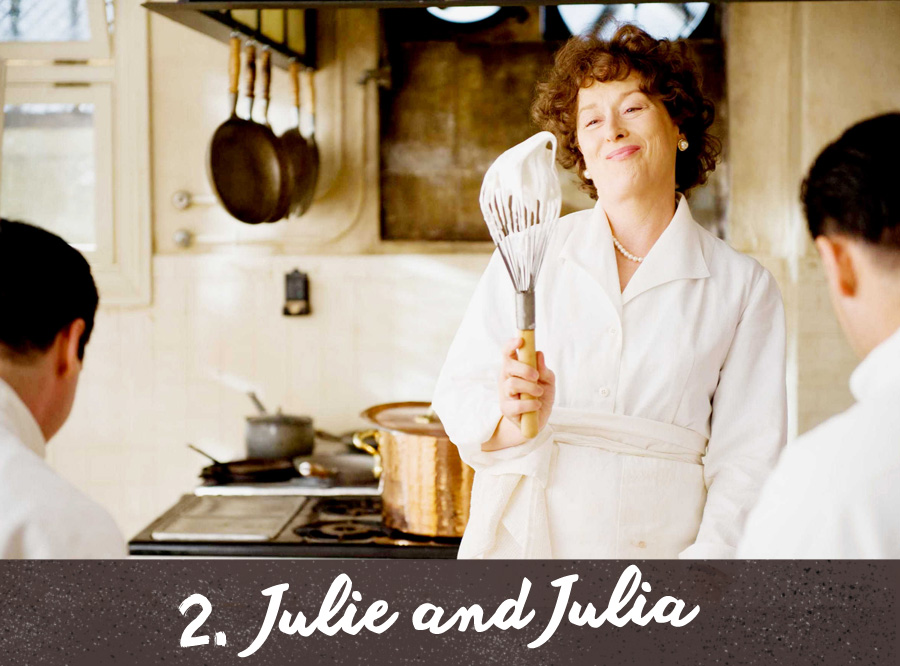 Via aceshowbiz.com
This movie is in contrast to the life of the late American chef/TV celebrity Julia Childs (Meryll Streep) in the early years of her career, and Julie Powell (Amy Adams) a call center employee living in New York who became famous for her book "Julie & Julia: 365 Days, 524 Recipes, 1 Tiny Apartment Kitchen," which chronicles her attempts to cook all the recipes in Child’s cookbook.
The screenplay is adapted from Child's autobiography "My Life in France," and Powell's memoir. 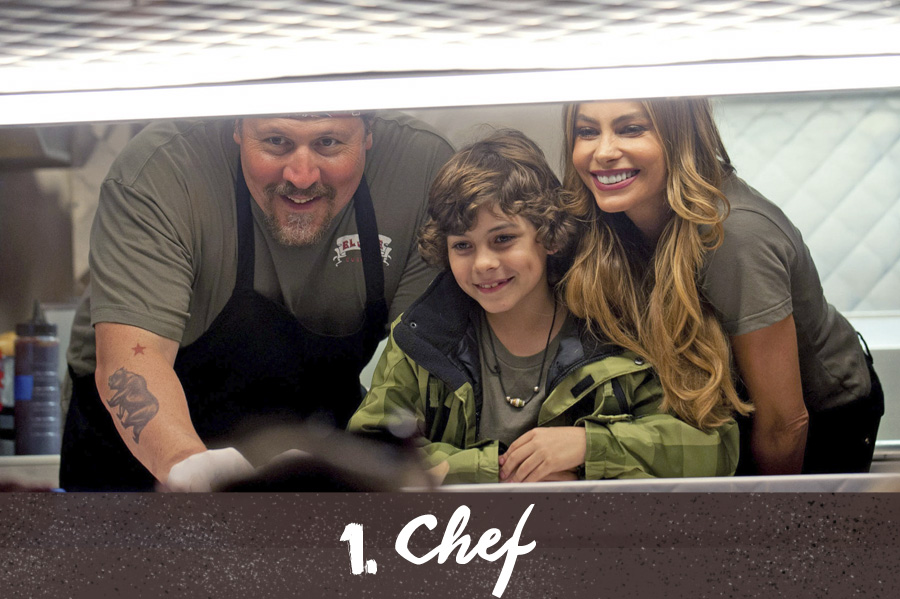 Via guyrealm.com
Carl Casper (Jon Favreau) is an acclaimed chef. When he loses his job after a fight with a food critic, he starts up a food truck business and rediscovers his culinary passion. Resurrecting an old food truck, he goes around the country selling Cuban sandwiches with help from his ex-wife Inez (Sofia Vergara), his friend Martin (John Leguizamo) his young son Percy.