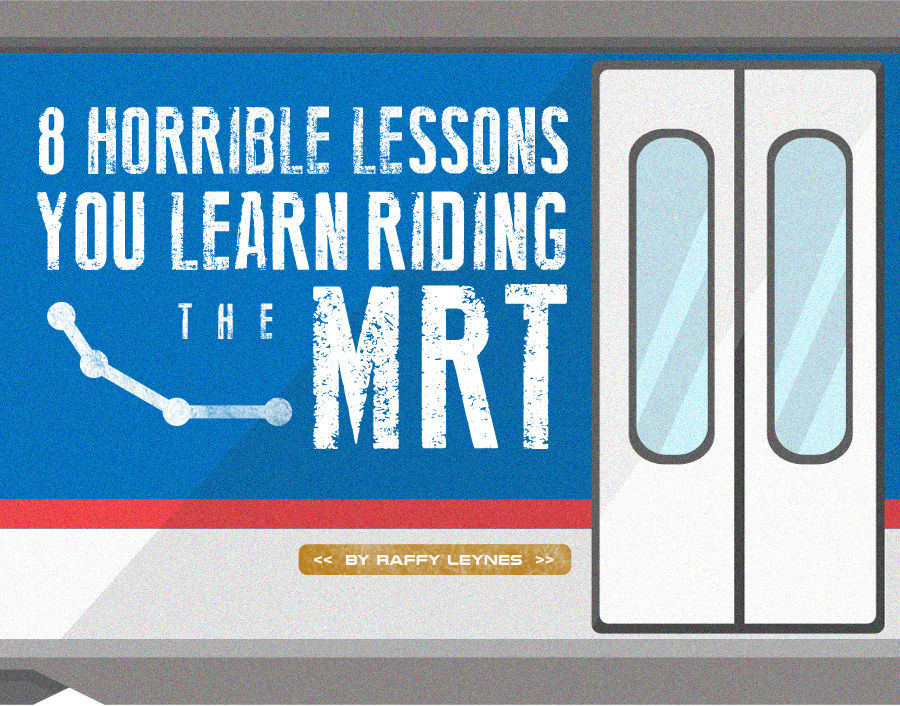 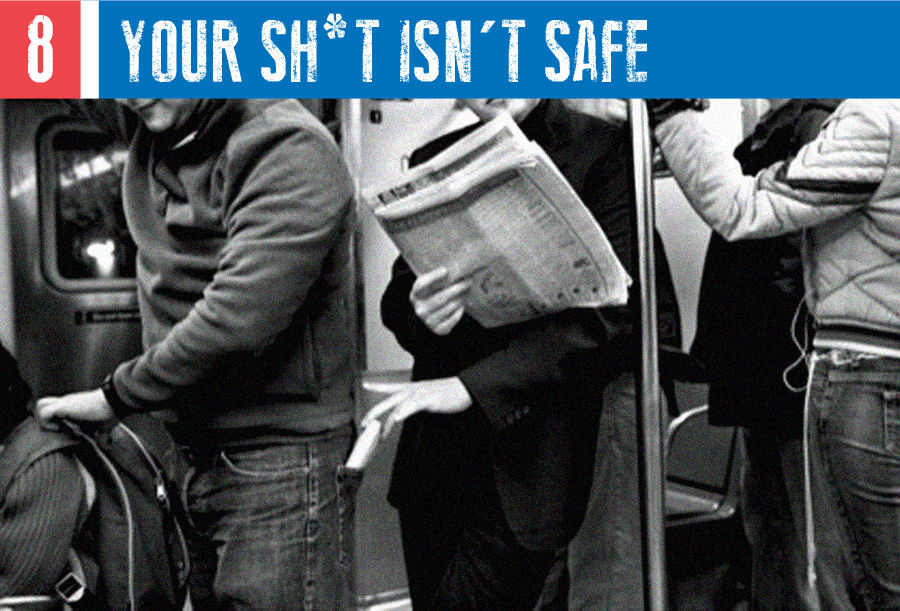 Via filmmakeriq.com
I've had my bag slashed, my wallet picked and 3 phones snatched at the MRT, 2 of them were snatched weeks apart from each other. So I guess, speaking from experience, Its safe to say that your stuff is never safe as long as you are in the MRT. It's just the reality of public transportation in this country. You can do all you can to prevent it: Be overly cautious of everyone around you; Power Pat your pockets every 30 seconds; and do the “Belly Armor” thing where you wear your Backpack in front of you. But the fact is you learn to be borderline paranoid delusional when you get on the MRT.

7. People are dicks about waiting in line 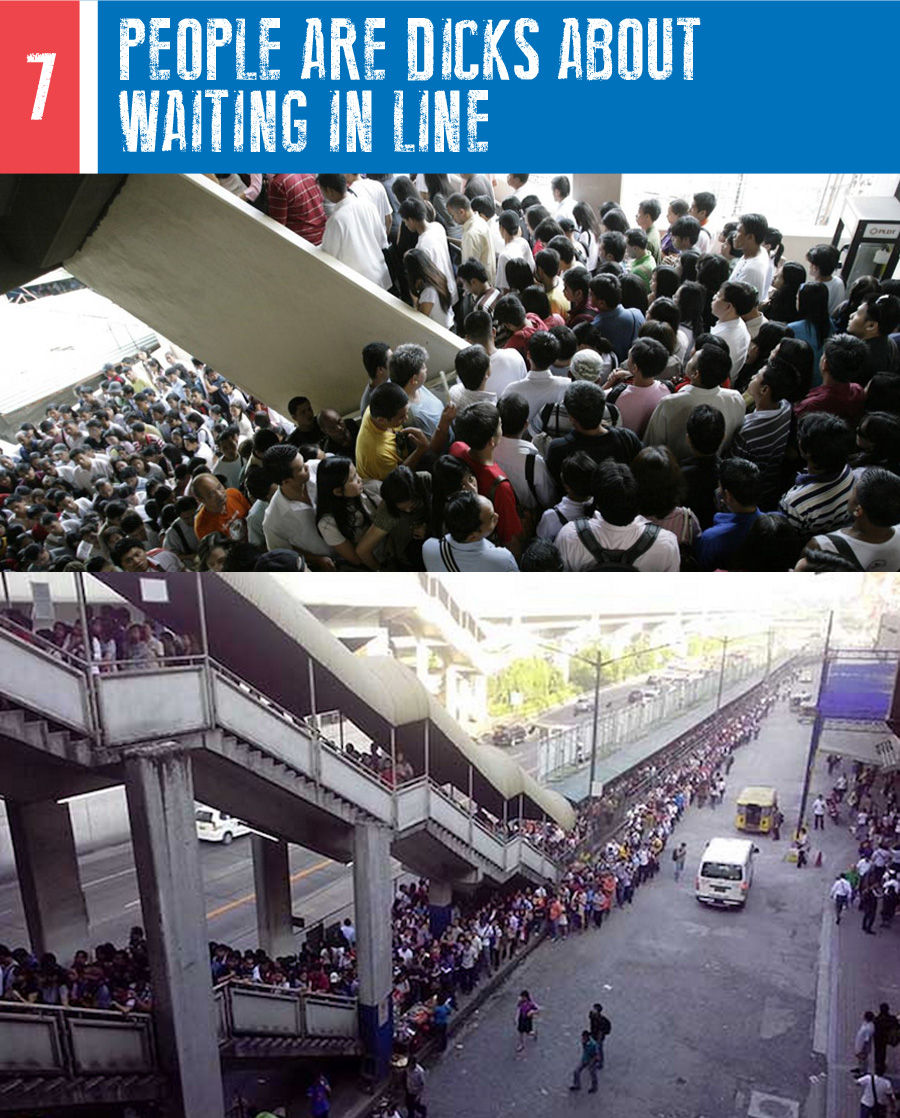 Via crossovermagazine.com, jpfenix.net
There's always that one guy who cuts in front of you in the line to the ticket booth or to the entrance or to the Train (Its the MRT, trust me there are a lot of lines on that thing). That one guy who thinks he can get away with shambling nonchalantly in front of a line of people who have been waiting for half an hour.
Or that one guy who tries to convince you that there's an emergency he has to go to or that he's in a real hurry. Try your best not to fall for that.
It's kind of mean on the off chance that he isn't lying, but that's just what the MRT Commute teaches you to do, to...

Via halftheclothes.com
Like the “excuse ” mentioned above, you learn not to believe every sob story you hear at the MRT. There's the old “Laglag Barya” scam; the solicitors that claim there they're from some charity or foundation or what not; and the shouting of “Hoy, may bata!” or “Hoy, may buntis dito!” just to get a little elbow and leg room.
I once saw a pair of women convince a guy that one of them was pregnant to get his seat. When the guy got off the train, the women burst out in laughter. Chivalry is dead because buttheads in the MRT killed it. 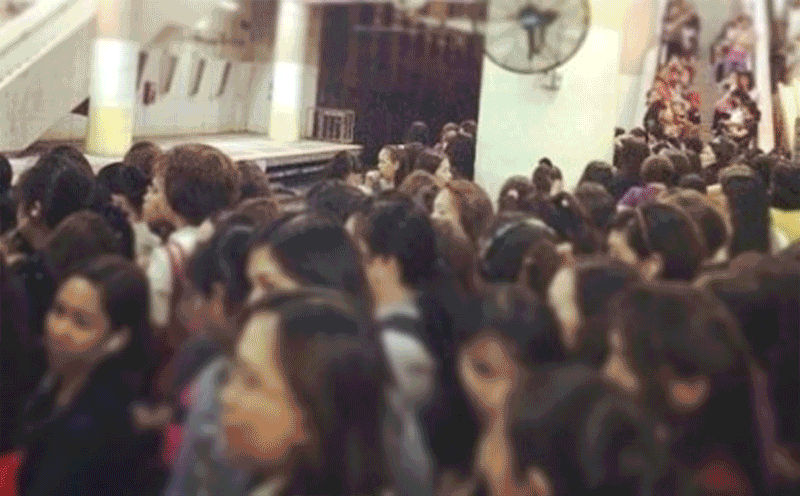 Yup. It does. Don't believe me? How can you explain the magic wooden stick that the guards tap on your bag to “inspect” its contents? Or the X-ray vision they used to check your other bag, when they only opened up your clutch bag?
Or the fact that when the Train doors open all the people in the vicinity inexplicably turn into zombies? That feed off of personal space?
Yep. Magic exists, I'll tell you what doesn't though...

4. Personal space does NOT exist. 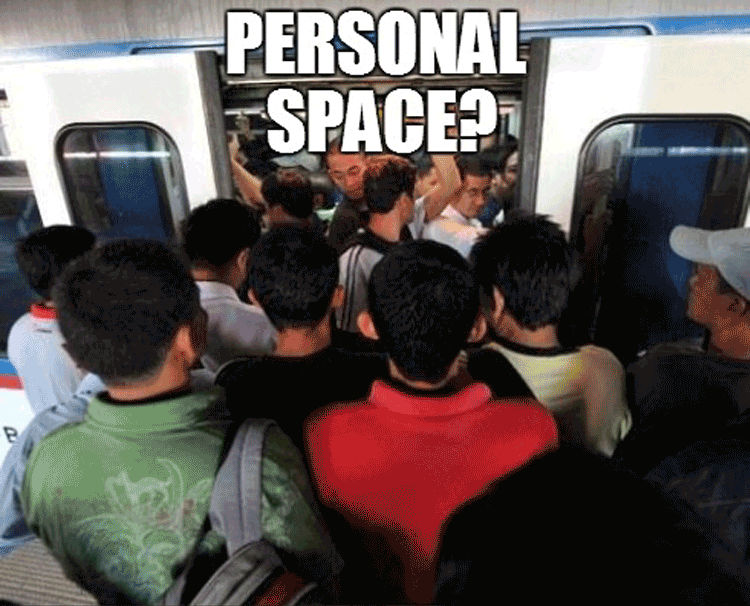 What in the hell is that?

3. Everyone's a Vic Sotto in this town.

Via interaksyon.com
It doesn't matter how often or how long you ride the MRT, when it's rush hour and it's full on Smart-Araneta stadium inside there, someone is always going TO say it. “PARANG SARDINAS LANG, AH!”
Always. ALWAYS. And of course there's the “Oh, walang u-utot! Hahaha!” Comedy gold, I tell you.

Via juanblogs.com
The absolute worst lesson the MRT teaches you is that you have to fight fire with fire. Water doesn't do sh*t. Water gets trampled when the train doors open and you don't shove the people who are shoving you back. Water gets pushed back from the line if water doesn't cut in front of the guy who cut the line. Water is perfectly sane and trusts the people around him, only to find out his new phone got snatched a week after his old one got snatched. Yeah, water's a bitch. F*ck water.

Via en-maktoob.news.yahoo.com
As the whole country found out recently (or what we MRT Commuters have known for years) there is some pretty stupid and dangerous sh*t that can happen on the those tracks. It doesn't matter whether the train is so packed that person in front of you can serve as your airbag or that you have a great sense of balance. The best most important piece of advice is “HANG ON!!!!!”


What are your MRT experiences? Share in the Comments Section below.