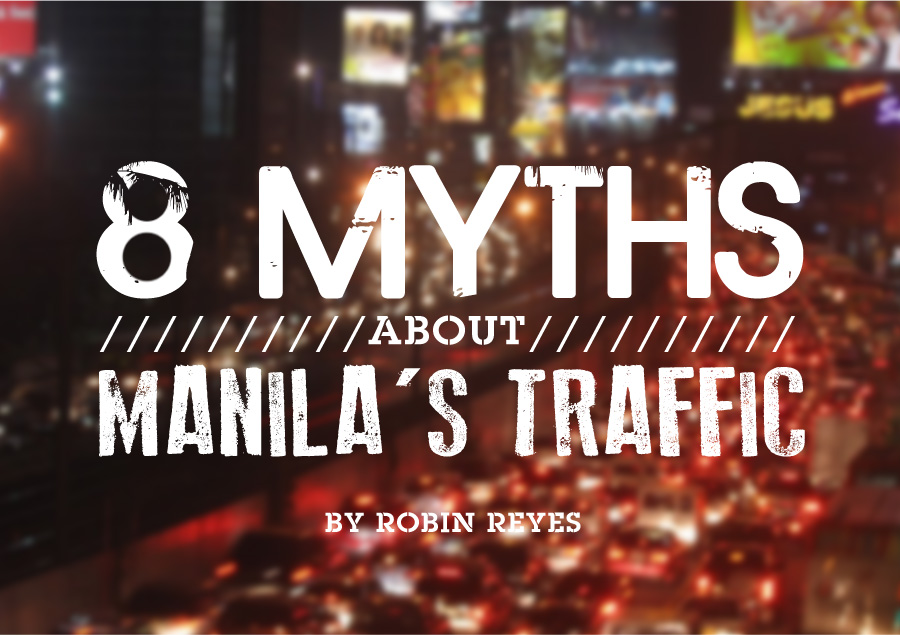 [dropcap letter="T"]here are facts and there are myths about Metro Manila's monster traffic. Recently, motorists have been plagued by heavy flooding, submerging the city's major thoroughfares. The result: an hour's drive now takes four hours. Fact: Metro Manila is below sea level. Floods are here to stay.
But we also have myths, tall tales on the cause of traffic, barber talk on the traffic situation, and worst, outrageous solutions passed on as brilliant ideas for our ever worsening traffic situation. Here are 8 myths about Manila's traffic. 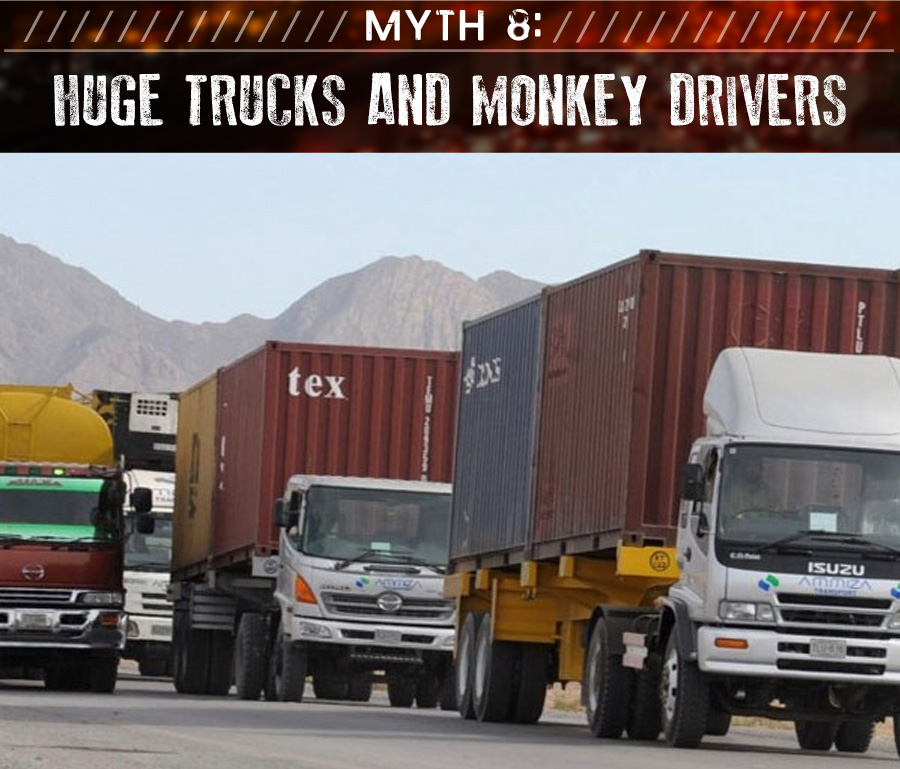 Via philstar.co
If you ever get into the port area, well don't, since the chances of getting out would depend on the speed of those behemoths on wheels near you. Trucks, however, are essential to the economy and dumping the blame on them is like wishing businesses to grind to a halt.
Like everybody, truck drivers would want to be free of vehicular jams that they are being blamed for. How about widening the road, Mr. Public Works Secretary, that might solve much of the problems.

Myth 7: Ports should move out of Manila

Via canadianinquirer.net
The progression of the cargo-trucks-as-cause-of-traffic argument is that the ports are not suited for crowded urban centers such as Manila, or that a city and a port can't coexist. Port-cities among more developed nations, however, abound such as Paris, France; Hamburg, Germany; Helsinki, Finland; Marseille, France; Mersin, Turkey; Rotterdam and Amsterdam in Netherlands; Antofagasta in Chile; Bratislava, Slovak Republic; Durban, South Africa; and Shanghai, China to name a few. Most of the capital cities in the world emerged from trade that flowed from the harbors. Moving the ports out of the city is similar to slaying the goose that lays the golden egg.

Via usiness.inquirer.net
City officials claim that the traffic problem in Manila that the truck ban tried to address would mean P30 billion worth of gains from productive man hours as workers spend less time on the roads.
Well think again, a Citigroup Inc. study said trucking delays as a result of the ban translated to annual losses of as much as P320 billion or 2.9 percent of the country's gross domestic product (GDP) or ten times that of the supposed gains from less traffic as a result of the ban if indeed it reduced traffic.
Asking around, nobody seems to have noticed it since they still get those power naps inside jeepneys as they move about in Manila despite the truck ban.

Via veooz.com
The simplest answer is almost always the correct answer. Vehicles are jammed up in a small space that we call roads so the solution should probably be government investing more to widen those streets.

Myth 4: The four-day government work-week will ease the traffic problem.

Via stillfindingmyself.wordpress.com
Indeed that would be a bright idea to reduce the volume of vehicles on the road. What confuses, however, is that the truck ban and other efforts to reduce traffic were meant to increase productive work time, now the plan is to reduce it to ease the traffic problem. Which comes first, the chicken or the egg?

Via atonmedia.wordpress.com
A major fallacy is that the unruly behavior of Pinoy drivers is inherent since other countries have disciplined motorists.
This is immediately debunked by the fact that outside the Philippines, most Filipinos are model drivers and have no trouble complying with traffic laws. Many foreign drivers in Metro Manila, however, quickly adapts to the local chaos on the streets. This points to a simple lack of enforcement.

Myth 2: The traffic problem is always the fault of government.

Via newsinfo.inquirer.net
What comes immediately to one's mind are traffic enforcers who apprehend motorists with a consideration not necessarily of putting order on the streets but what he plans to order come mealtime. Yet traffic jams are mostly the result of unruly drivers who believe they are not bound by the rules of the road. Wider roads or less vehicles on the roads would not matter much if all drivers act like Dick Dastardly in the Wacky Races.

Via anarepilqc.wordpress.com
Have a hard look on the city streets and among the first things that one would notice are pedestrians disrupting traffic significantly, by crossing at non-designated places or through moving traffic, and by standing on the roadway while waiting for public transportation, those vendors who are literally ambulant at the middle of the streets, the jaywalkers who seems to relish ignoring foot bridges or underpasses, the commuters who wanted a pick up wherever they choose, and many other forms of human intervention.
The roads are for vehicles and the sidewalks for pedestrians. Not in most parts of Manila where pedestrians litter the roads and vehicles are parked on the sidewalks. Irony of ironies.
Do you have more myths to add to this list? Share them at the Comments Section below!