Get Your Motor Running: 8 Supercars of “Need for Speed” 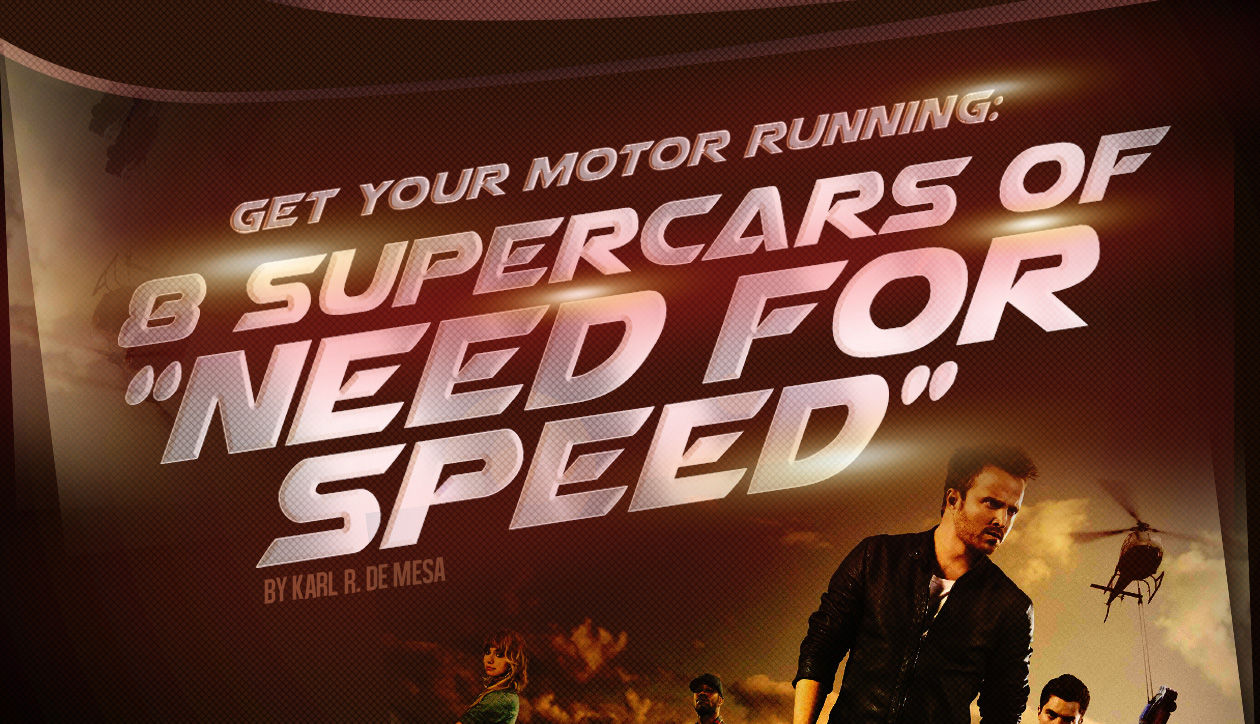 Ah, I remember the first time I got behind the wheel of an N4S car and tasted the pleasures of street racing. Of course, every other gamer was experiencing the same delights of authentic driving physics and genuine police heat on your tail in August of 1994 with the release of the first title that would become the “The Need for Speed” franchise.
We’ve come far since the pixelated days of the original game on 3DO consoles and the PC’s DOS operating systems. EA Entertainment has since published more titles, like “Need for Speed: Underground,” “Shift,” “ProStreet,” “Nitro,” “The Run” and “V-Rally” as well as many “Special Editions,” and all of them let the player get behind the wheel of exotic race cars and the chance to triumph on both real race tracks and gritty street duels.
Even if it was drifting, dragging, with or without weapons, various tastes of police pursuits, or just straightforward faster-than-the-other-guy competition, N4S always remained gritty, realistic, and the primo title for underground, barely legal racing.
Now comes the movie adaptation, which enters around Tobey Marshall (Aaron Paul), a blue-collar mechanic who also happens to be a race car driver with mad skillz. Surprise: he also races muscle cars on the side in unsanctioned street-racing circuits.
“Need for Speed, The Movie” tells a story of honor, friendship, and loyalty and the high-octane journey of one man looking to clear his name. Tobey Marshall’s whole world is soon turned upside down when he is sent to prison for a crime he didn’t commit.
In prison he spends the next two years thinking about one thing: vengeance. His best chance at defeating his enemy, Dino Brewster (Dominic Cooper), is the high-stakes car race known as De Leon. The Super Bowl of underground racing, De Leon takes place once a year and only a few select drivers are invited to participate with the winner taking all.
While the N4S movie barely holds water with the thinnest of B-movie plots, the actors and the intense street action are as intense as ever. And, for fans of the TV series “Breaking Bad” who are familiar with the lead actor, it’s not just Jesse Pinkman driving fast in gorgeous cars.
Here are eight supercars featured in the film for car geeks to salivate to, girls to swoon over, and motorheads to get their underwear in a twist. Or, as Pinkman would say: “Go faster, bitch!” 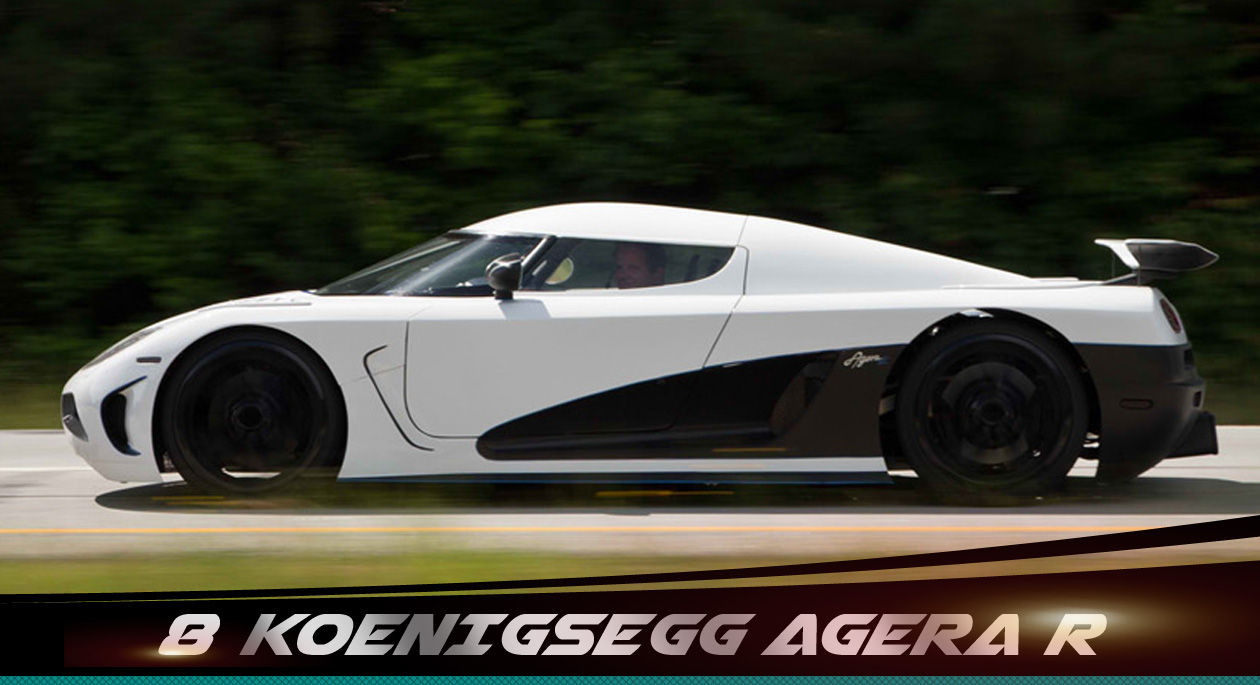 This beautiful and robust Swedish car is featured in one of the focal, dramatic points in the crucial race between our heroes Aaron Paul, and Harrison Gilbertson, and the villain played by Dominic Cooper.
As Tobey Marshall struggled to keep his family-owned garage afloat, he reluctantly partners with the wealthy and arrogant ex-NASCAR driver Dino Brewster (Dominic Cooper). But just as a major sale to car broker Julia Maddon (Imogen Poots) looks like it will save Marshall's shop, a disastrous race allows Dino to frame Tobey for a crime he didn’t commit. The death of his friend is pinned on Marshall and sends him to prison, while Dino expands his business.
Two years later, Marshall is released and bent on revenge—but he knows his only chance to take down his rival Dino is to defeat him in the De Leon underground race. In the flashy world of exotic supercars, can the underdog still finish first?
The Agera R is also featured in the climactic showdown at the De Leon, with other European supercars. Koenigsegg’s  designed this model to feature Aircore hollow carbon fiber wheels, upgraded power and enhanced aerodynamics. With an incredible top speed of approximately 440 kph (or 273 mph), this car is also the only roadster Hypercar with a detachable and stowable hardtop.
As a nod to the environment, Koenigsegg was the first Hypercar manufacturer to take steps toward green technology with the release of the biofuel CCXR in 2007 and, true to form, The Agera R also runs on E85 biofuel. 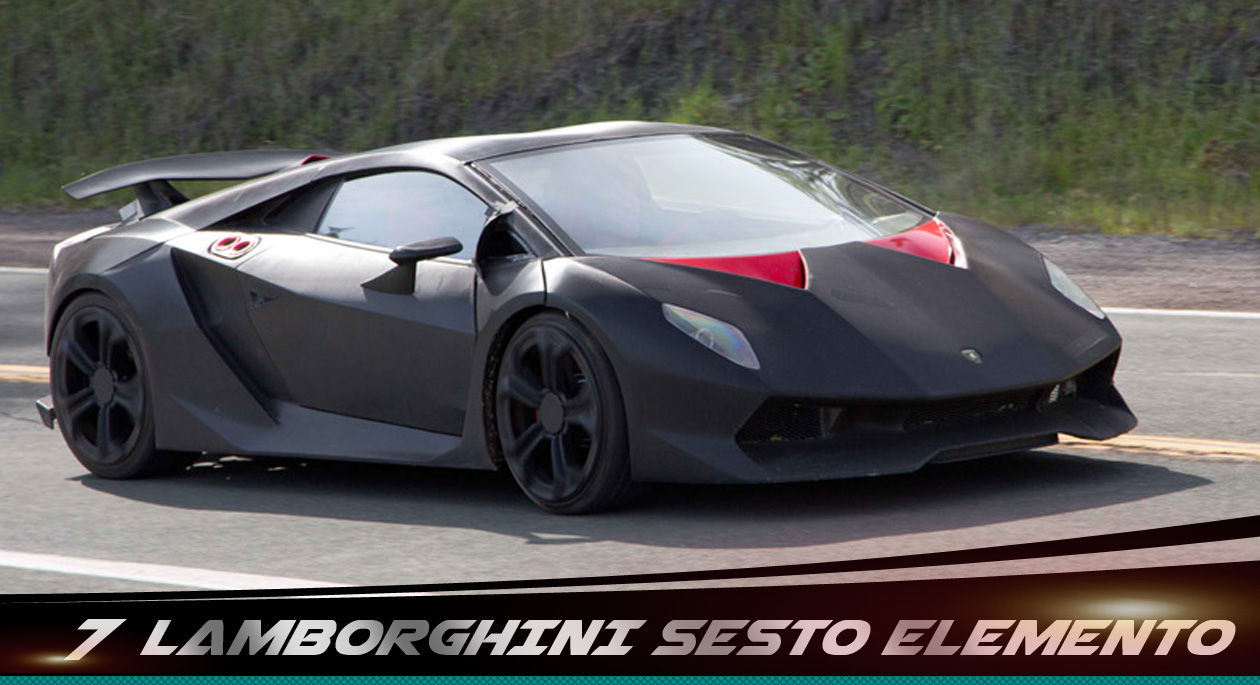 All the super cars in the N4S movie had a GM LS3 engine, 430 horsepower 425-foot pounds of torque and weighed close to 3,200 pounds.
DreamWorks Pictures wanted an exciting return to the great car culture films of the 1960s and 1970s, to go back to the road movie and into what makes the American myth of the highway so appealing. They essentially wanted something that honored the heritage of the world's passion for cars
Because they wanted authenticity, the cars were also as authentically expensive, at exorbitant price tags of U$2 to US$3 million each.  The production thus required multiples of each super car rigged for camera platforms on set for a variety of shooting needs. Luckily, the manufacturers were enthusiastic to get involved and shared confidential CAD specs with Reel Industries in Los Angeles who then created 15 chasses and fiberglass shells for each make and model which could then be swapped out.
Consider the Lamborghini Sesto Elemento (or "Sixth Element" in Italian), driven by ex-NASCAR man and the movie’s villain Dino Brewster. This beauty’s name alludes to the atomic number of carbon, in recognition of the car's extensive use of carbon fiber. It also has a V10 high-performance lightweight engine, and only 20 of them were manufactured true to its limited edition tag.
At a reported price range from US$2.2 to US$ 2.9 million, all 20 have since been sold. 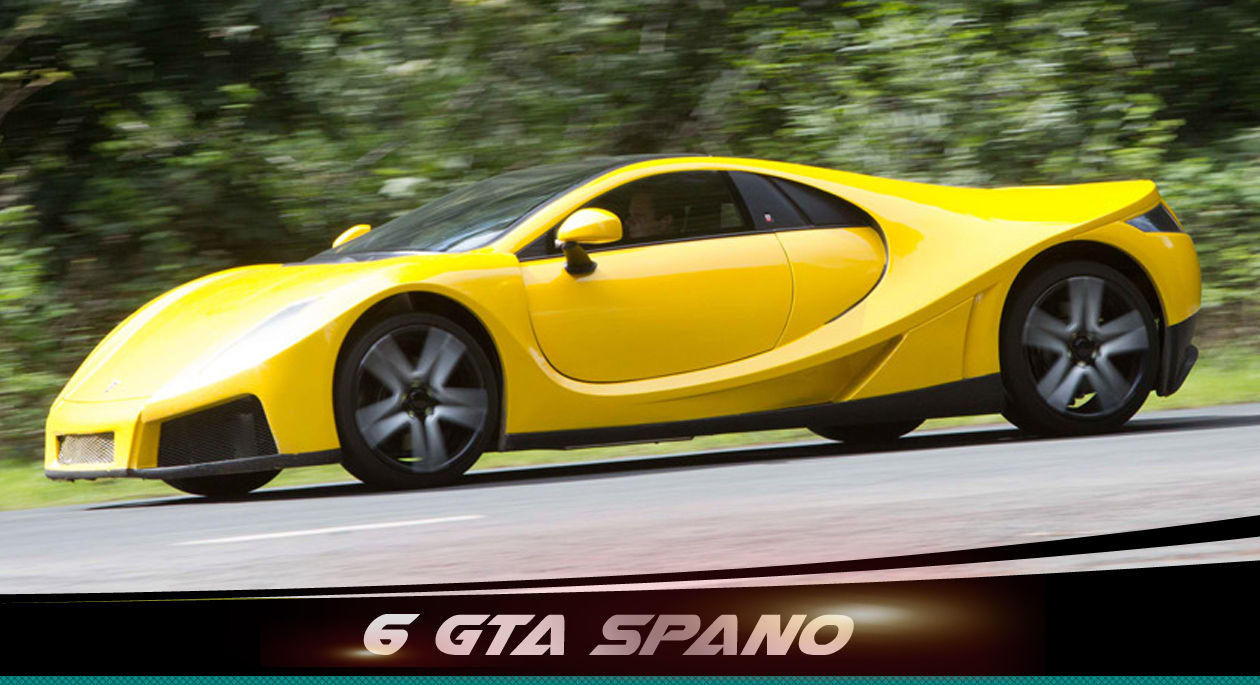 Though you could spread butter on the movie’s story and call it a day, the film’s racing scenes as visceral and evocative.
The addition of the GTA Spano to the De Leon race makes it visceral, all right. A Spanish supercar built in Valencia designed by Sento Pallardó., production for this began as a secret project in 2005. It was first released in 2008.
The chassis combines carbon fiber, titanium, and Kevlar, and its V10 engine lets the car reach an unofficial top speed in excess of 350 km/h (217 mph). It goes from 0–100 kp/h in less than three seconds. 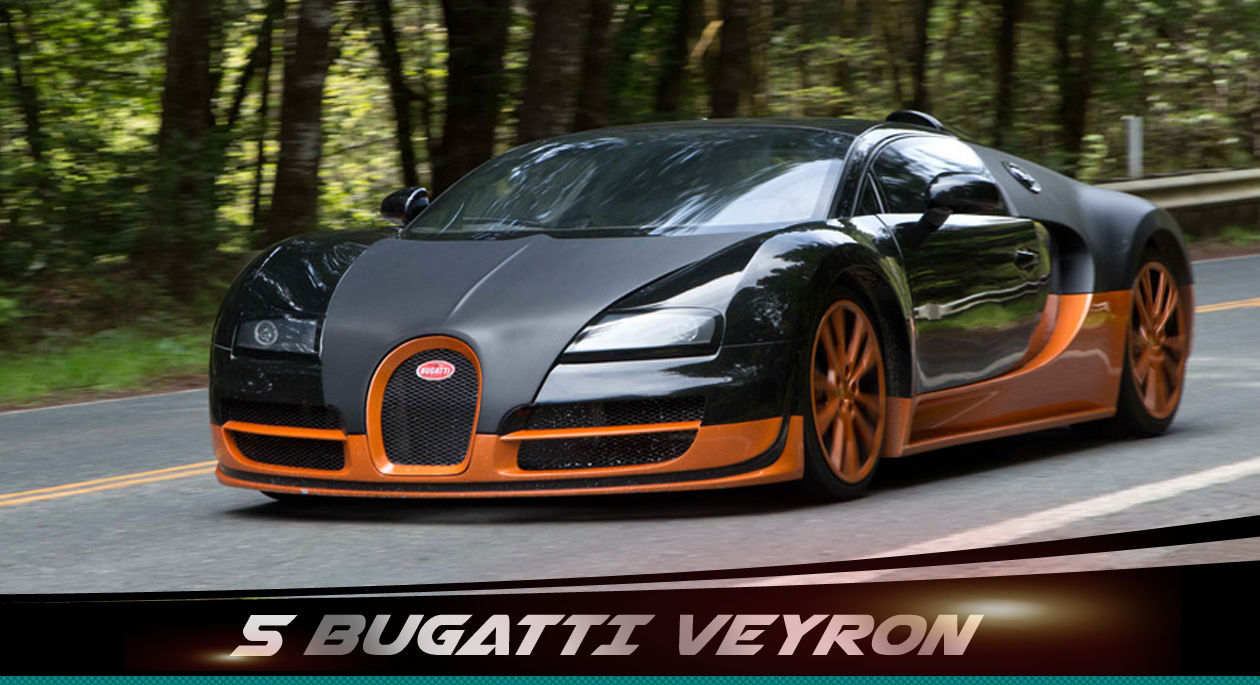 The stars of the “Need for Speed” movie are the cars themselves, so it was important that the filmmakers found cars that would deliver the right look, attitude and performance on screen.
Take the Bugatti Veyron. It’s essentially a car built around an engine where Bugatti made the decision to blow the doors off the supercar world by creating a 1,000-horsepower engine. Everything else follows from that resolution and produced a monster with a W-16 engine that can produce a top speed of 250+ mph (400+ kph), and go from zero-to-60 in three seconds. Did you say faster, pussycat? 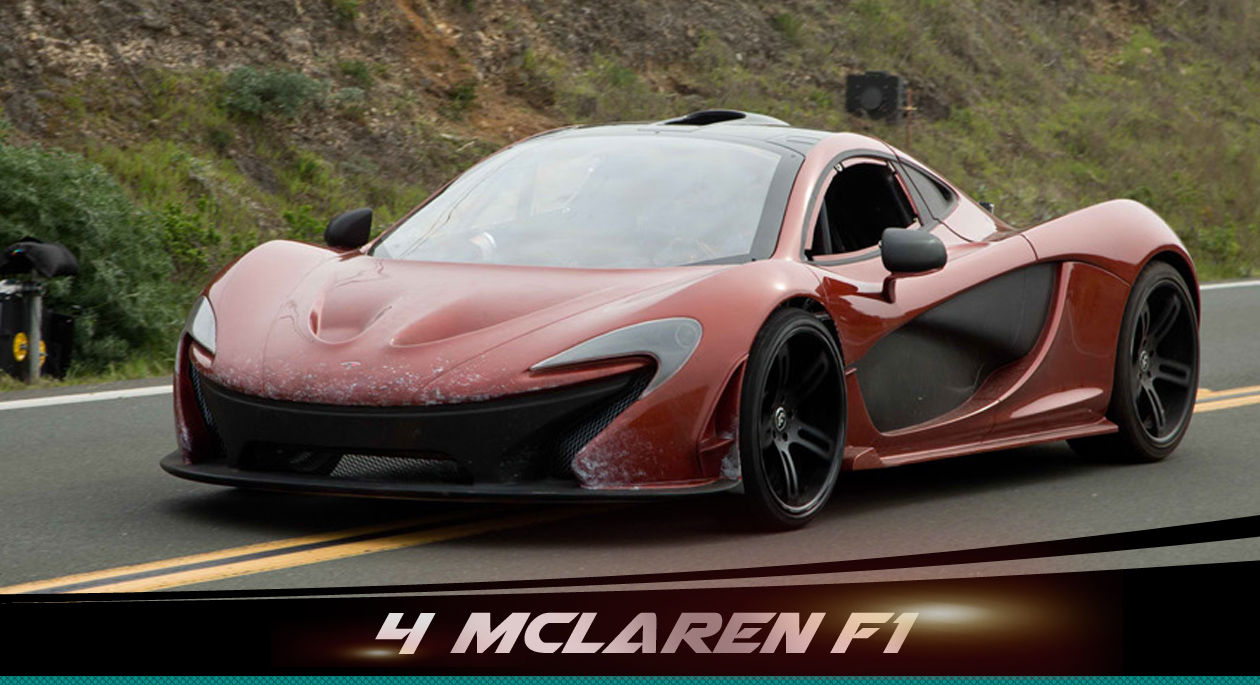 With the F1, chief engineer Gordon Murray's design concept was a common one among designers of high-performance cars: low weight and high power. He achieved this through high-tech, very expensive materials like carbon fiber, titanium, gold, magnesium and kevlar.
It can each a top speed of 243 mph (391 km/h) with the rev limiter removed. Probably what prompted British car magazine “Autocar” in 1994 to say: "The McLaren F1 is the finest driving machine yet built for the public road... The F1 will be remembered as one of the great events in the history of the car, and it may possibly be the fastest production road car the world will ever see." 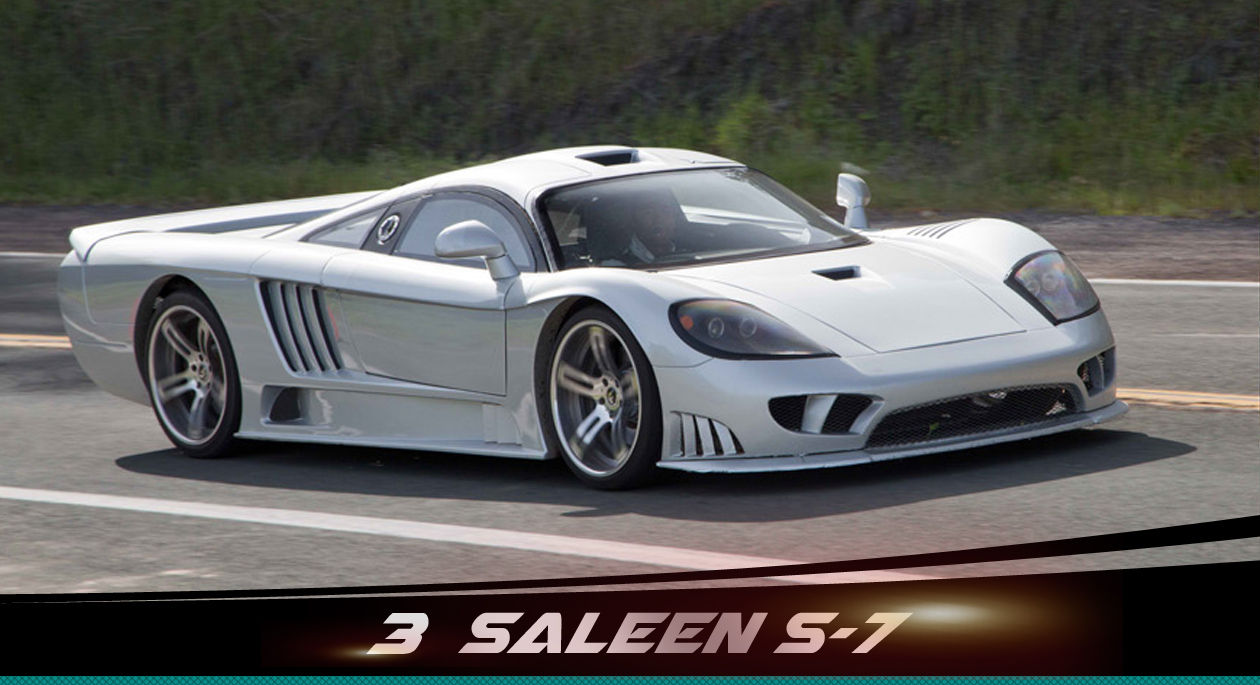 Auto designer Steve Saleen idealized the Saleen S7 as a hand-built, high-performance American grand tourer. He certainly attained his ambition that, upon reaching 160 miles per hour (257 km/h), the car would automatically create its own weight in downforce. 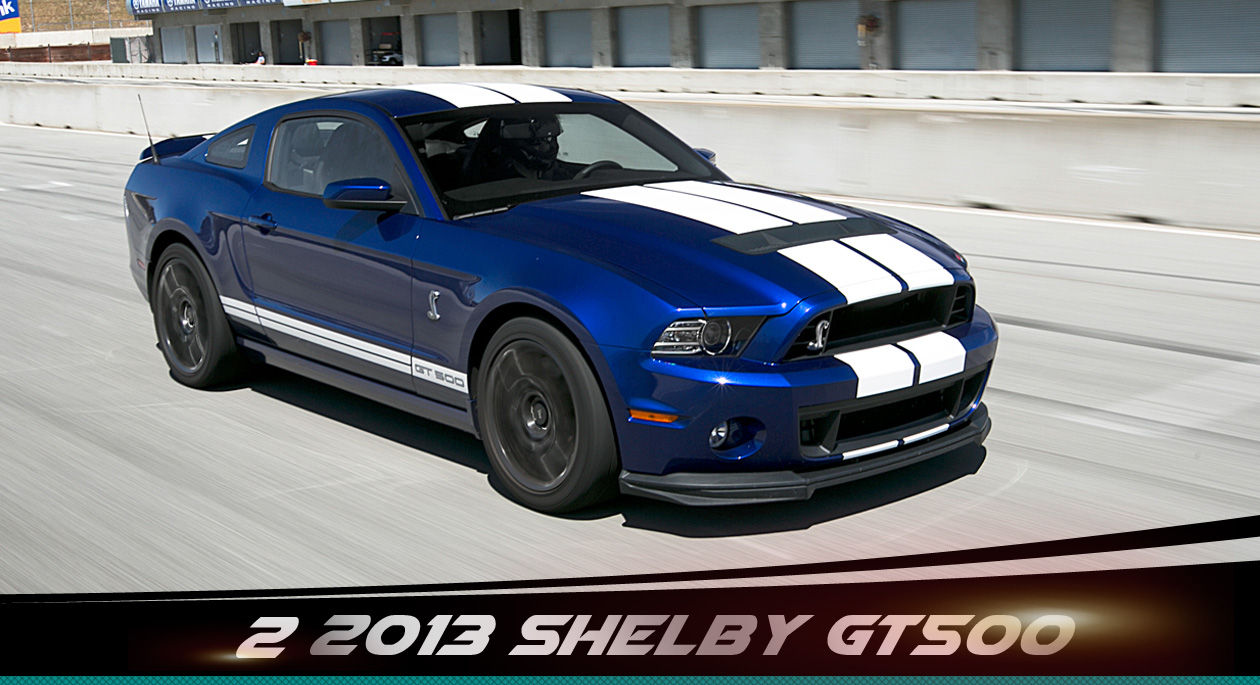 performance-based Mustang for Ford in 1965. He’d already been working on the 50th anniversary edition when he passed away in 2012.
This model is the real thing that the N4S “Hero Car” would later be based upon. As such, its specs are much more balanced than the beast that Tobey Marshall and Julia Maddon drive.
When it came out last year, enthusiasts were slightly taken aback that Ford was now selling a 662-bhp Mustang. The 2013 Shelby GT500 boasted 662 horsepower and a supercharged new 5.8-liter V-8. It is currently the most powerful engine ever in a North American production car.
But it’s not all built for speed and bluster. Ford's SVT crew has improved the car in several areas to create a well-balanced GT, which can be used for your daredevil races but can also hold its own as a regular (albeit flashy) workhorse that can remain remarkably civil in everyday, daily grind situations.

1 THE “NEED FOR SPEED” SHELBY MUSTANG 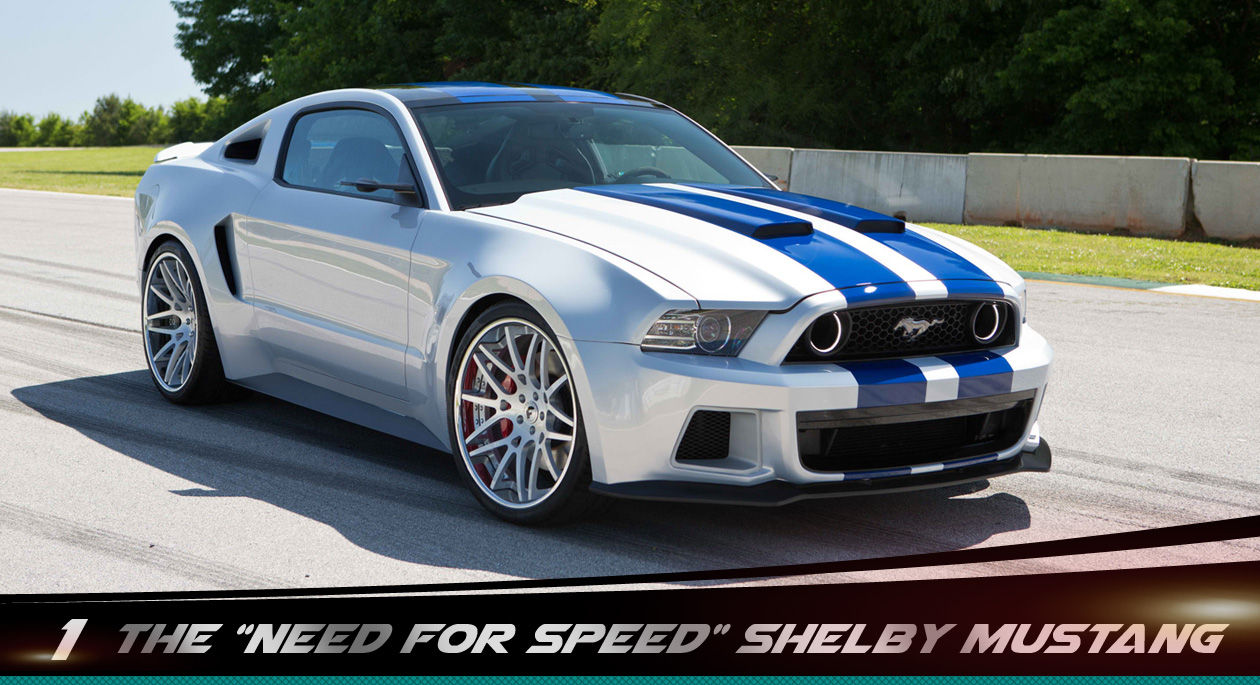 Essentially, it’s what the filmmakers and producers THOUGHT the car would be like had they gotten Shelby to say yes to building an adrenalized Mustang.
The Mustang was the “it” car of 1964 that symbolized freedom, romance, and America. It was the Mustang launched the American muscle car movement and went on to become a worldwide icon. It was Ford who then became intrigued by the premise of N4S and collaborated with the filmmakers to style a car they hoped was similar to what Shelby would have created.
Both parties wanted to respect the vision Shelby might have made without making it look too futuristic but did keep two of Shelby’s signature design elements, the blue stripes and chrome. The N4S Shelby Mustang frame was altered by celebrated Ford designer Melvin Betancourt and built by Techno Sports in Detroit.
Some of the alterations made to the “Need for Speed” Mustang include: a wider body, 20-inch alloy wheels (to help facilitate easier stunts for the stunt drivers), a V8 engine topping out at 190 miles per hour, heavier compression rates on the springs, high-charged Bilstein shocks and thicker sway bars. The interior console was adapted to accommodate an iPad for Marshall to use when communicating with his crew and the futuristic side-view mirrors were turned into cameras.
Eventually seven different Mustangs were built, each serving specific purposes ranging from beauty shots, stunts, and driving shots to a model that could be lifted by and hang from a helicopter.
All photos via Dreamworks Pictures
“Need for Speed” is now showing in all major theaters. Have you seen it? Hit us up about what you think about it in the Comments Section.