8 Niche PlayStation Games That You Should Check Out 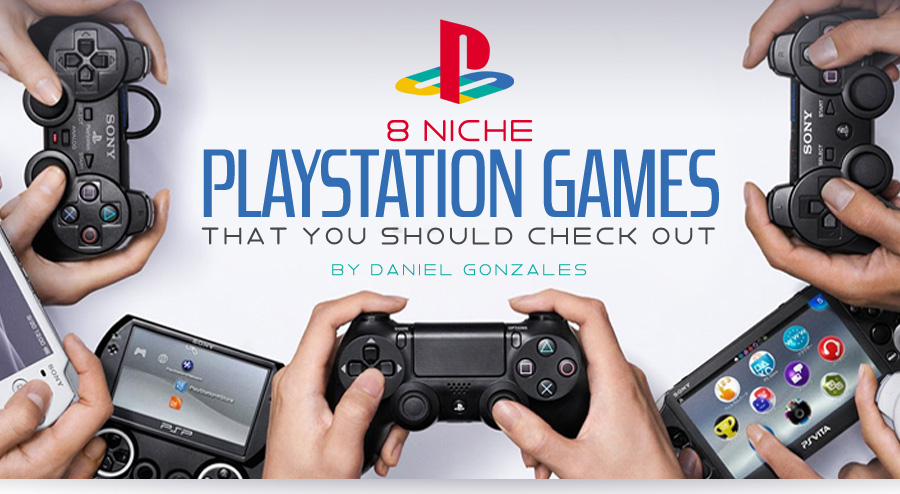 [dropcap letter="T"]he PlayStation, one of the biggest impacts in the gaming world due to the introduction of the disc system and 3D capabilities, celebrated its 20th birthday last week, December 6, 2014.
It has been two decades since the PlayStation went on sale in Japan. The PlayStation Experience keynote celebrated the successful years by making a video by LittleBigPlanet, remembering old favorites like Sweet Tooth from Twisted Metal or Parappa the Rapper.

Sony has also announced a lot of incoming games for the PlayStation 4, PlayStation 3, and PlayStation Vita. Check the rest of the game announcements here.
This list is also dedicated to Ralph Baer, known as the Father of Video Games, who just passed away this December 8, 2014. He was responsible for the Magnavox Odyssey, the very first video game home console.
To celebrate the PS anniversary and honor Baer, here’s a list of oft-overlooked games (due to the continuous flow of various games from bigger franchises) that you should check out on the PlayStation. 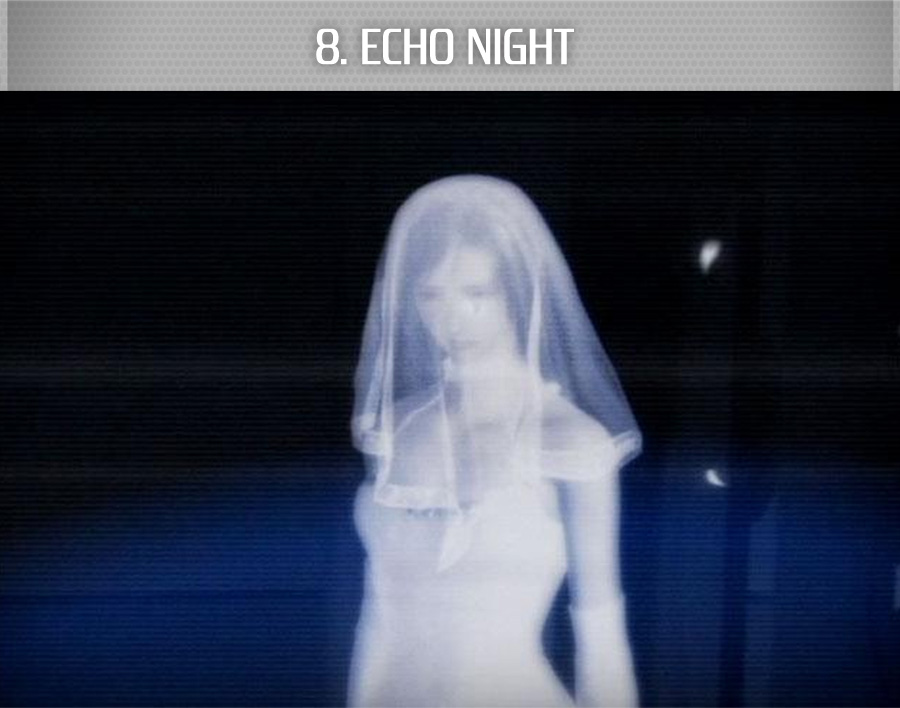 Via videogamecritic.com
From the developers of the renowned Demon's Souls, Echo Night is a first-person mystery horror adventure game starring Richard Osmond. You are tasked to investigate the mystery of the Orpheus ship and encounter passengers who will bring you to the past and fulfill a certain task that will affect the story of the game. You also encounter ghosts who attack you (but you can't attack back) and fight them by using a light source.

7. Jade Cocoon: Story of the Tamamayu. 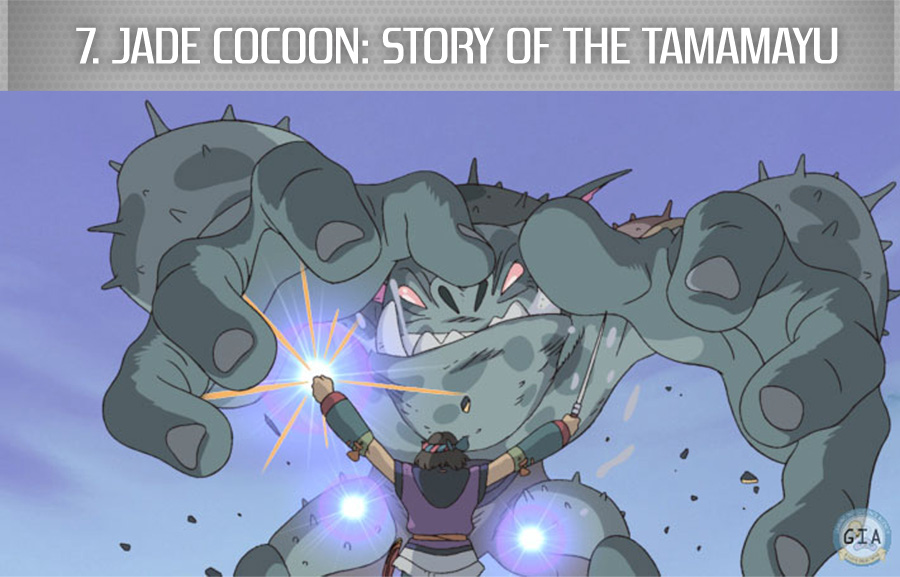 Via archive.thegia.com
Jade Cocoon is very reminiscent to the Pokemon series. In this game you play as Levant, a cocoon master, who must explore various forests to search for a rare herb to cure his recently cursed town. This RPG lets Levant purify and capture Minions who fight and assist him in his journey. 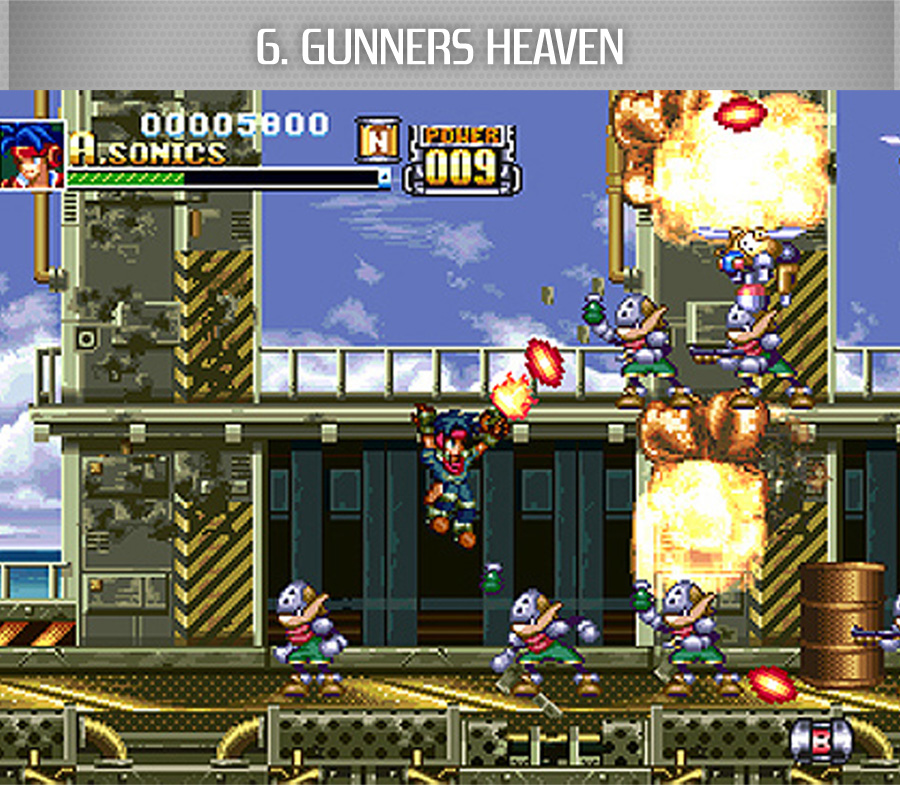 Via theisozone.com
Though not exactly a stellar game, if you're in a mood for a run-and-gun shooter similar to Gunstar Heroes, then you should definitely check out Gunners Heaven (Rapid Reload in Japan). The game plays as a 2D platformer with hectic shooting elements (known as "shmups"). You play as Axel and Ruka who search for the legendary stone and during their adventure, they fight against a terrorist organization and they race with each other to the the legendary stone first.

Via tumblr.com
When we think of Japanese horror games, we think of Silent Hill, Fatal Frame, and Resident Evil...But what about Clock Tower? Clock Tower (also known as Clock Tower II in Japan) is one of the very PlayStation first horror games to be ever made (a direct sequel of the first game on the SNES). You play as the young Jennifer Simpson, who escaped from a traumatizing and gruesome event (see Clock Tower: The First Fear), and Helen Maxwell. The game is as adventure game and you navigate and interact through pointing and clicking. The game features no combat, instead you run away from the murderous Scissorman. 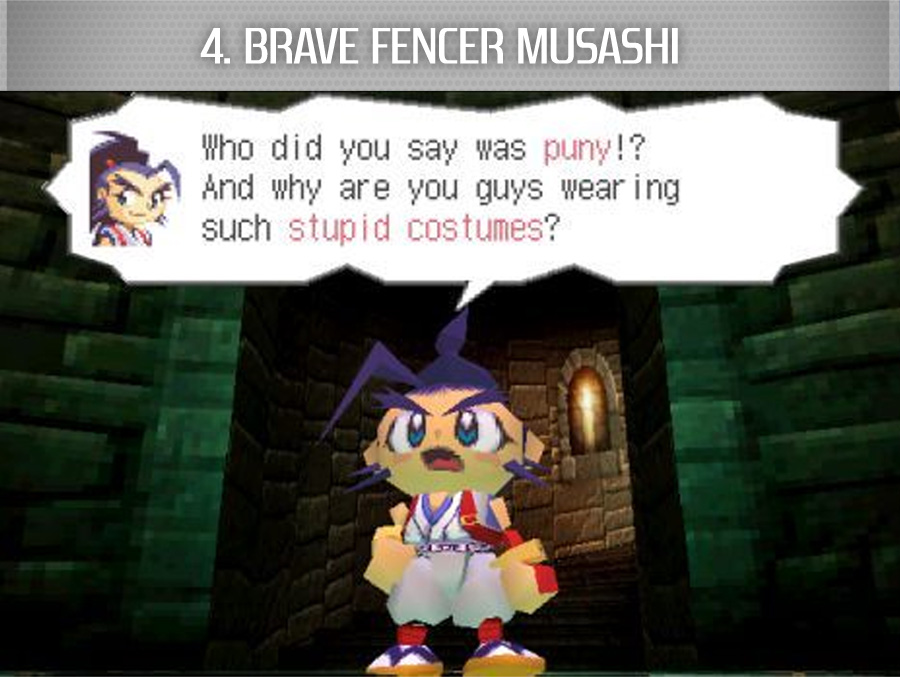 Via wikia.nocookie.net
This hidden Squaresoft (known for the Final Fantasy series) gem stars Musashi, a young and impatient fencer, who was summoned to rescue Princess Fillet. In his adventure, he obtains a sword called Lumina and throughout, he obtains various legendary armor that will greatly guide him to save Princess Fillet and Allucaneet Kingdom. This Squaresoft RPG boasts one of the very first voice-overs in the PlayStation console and a real-time action combat in a fully rendered 3D environment. You also get to interact with the various citizen of the Allucaneet Kingdom and do tasks for them. 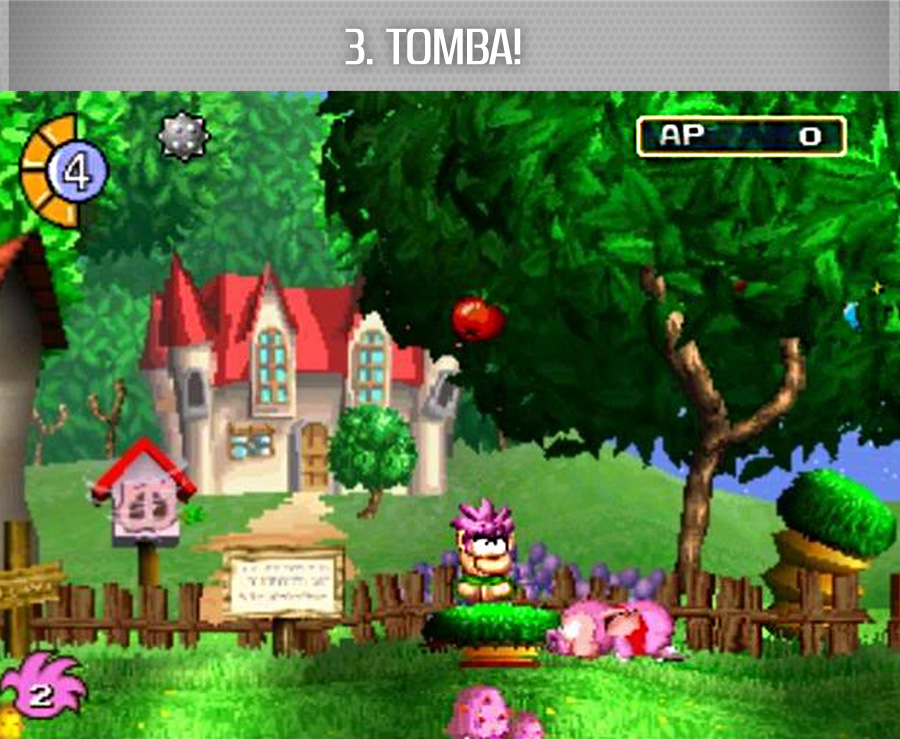 Via ouristanbul.net
Tomba! features a young, pink-haired, feral child who must defeat the 7 Evil Pigs who stole his grandpa's bracelet (and at the same time, saving the world). The game is a 2D platformer with a few twists such as having an RPG-like system (equipments, item collection) and the game changes perspectives at some parts. For those who are interested in quest-oriented games where you have to explore various parts of the world, this is definitely the right game to check out. You can get this game through the PlayStation Network for PlayStation 3, PlayStation Vita, and PlayStation Portable. 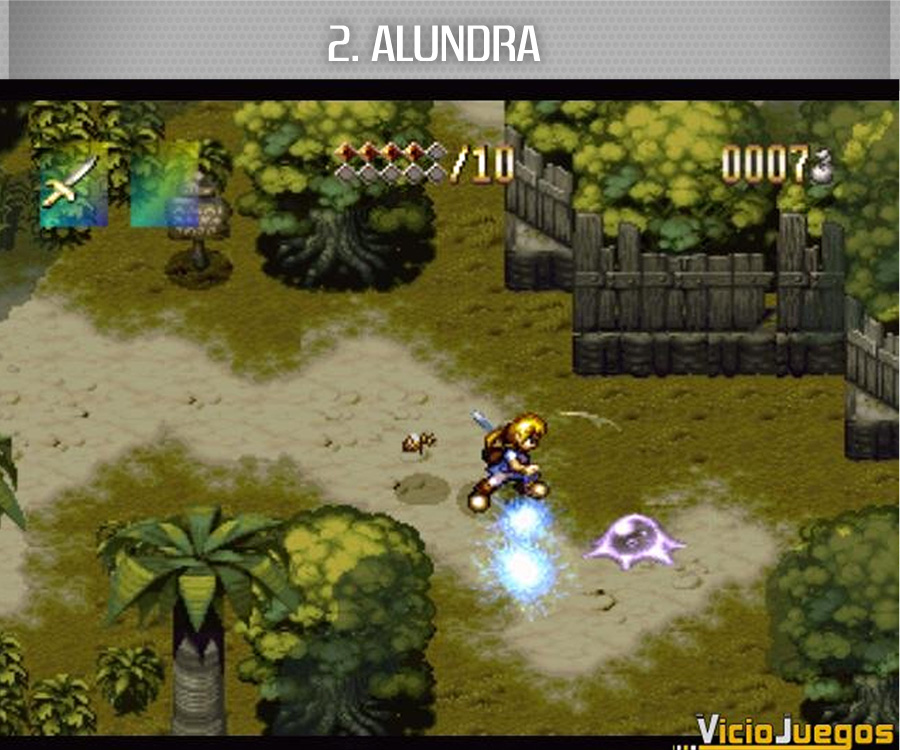 Via viciojuegos.com
Ever played the 2D Zelda games? Then you should definitely check out this game. This game plays very similar to the 2D Zelda games but with a more mature world with much more difficult monsters and puzzles. You play as Alundra, a young elven Dreamwalker who lands at an inhabited island where its denizens are haunted by these mysterious nightmares and the young Alundra must save them. You can get this game through the PlayStation Network for PlayStation 3, PlayStation Vita, and PlayStation Portable. 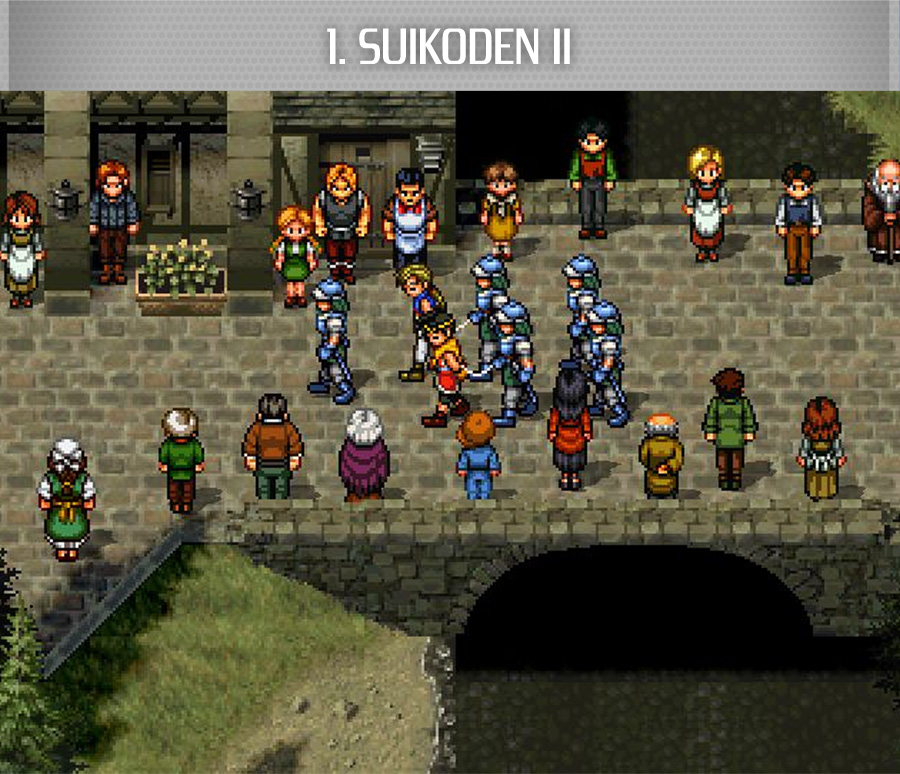 Via lparchive.org
Hailed as a classic--a very expensive classic--this top-down 2D RPG is a sequel to the first Suikoden (though not directly related, there are recurring elements and characters). It stars a nameless protagonist and his best friend Jowy who were best of friends until they are both separated and made enemies because of two opposing war factions: the Dunan Army and the Highland Army. In this game, you gather 108 Stars who will assist you in your battle against the Highland Army. People have praised this game for its dramatic and vast story. The original price is over $200, but Sony has announced that it's coming on December 10 in the US PlayStation Network (and January 2015 in Europe) for $9.99!
Want to add anything to this list? Share them with us in the Comments Section below!