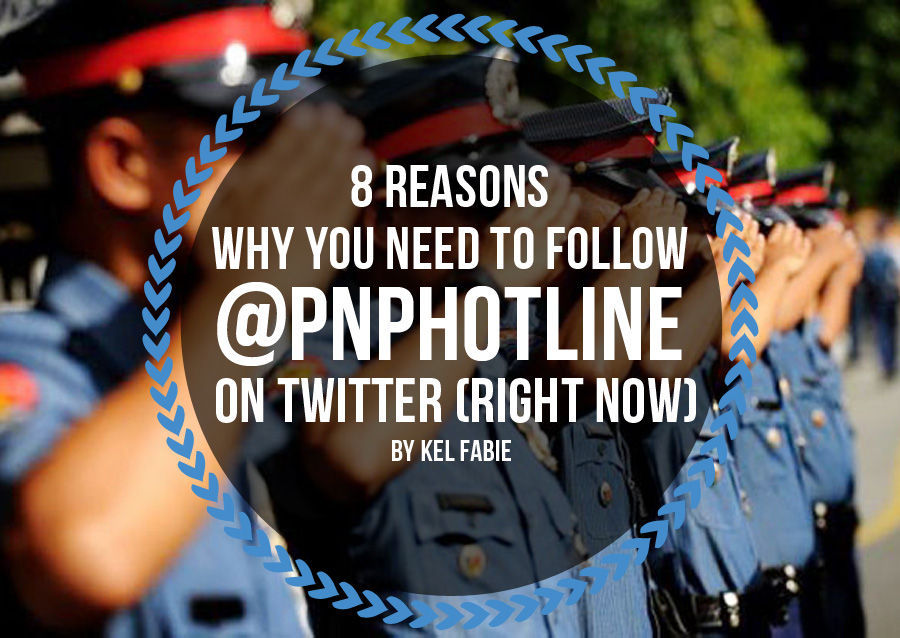 [dropcap letter="T"]his might surprise you, but the official PNP account on Twitter, @PNPHotline, is actually pretty hilarious.
While the PNP account does try to help people out when they report crimes or similar disturbances, it’s pretty clear that the people behind the social media team have a fairly good sense of humor about themselves. Failing that, they even have the most hilarious of referrals, like when someone asked about Game of Thrones and @PNPHotline suggested that they tweet @Scotland_Yard about it. Here are 8 of the best tweets or conversations they’ve had so far, so you can at least say you liked @PNPHotline before it was mainstream. 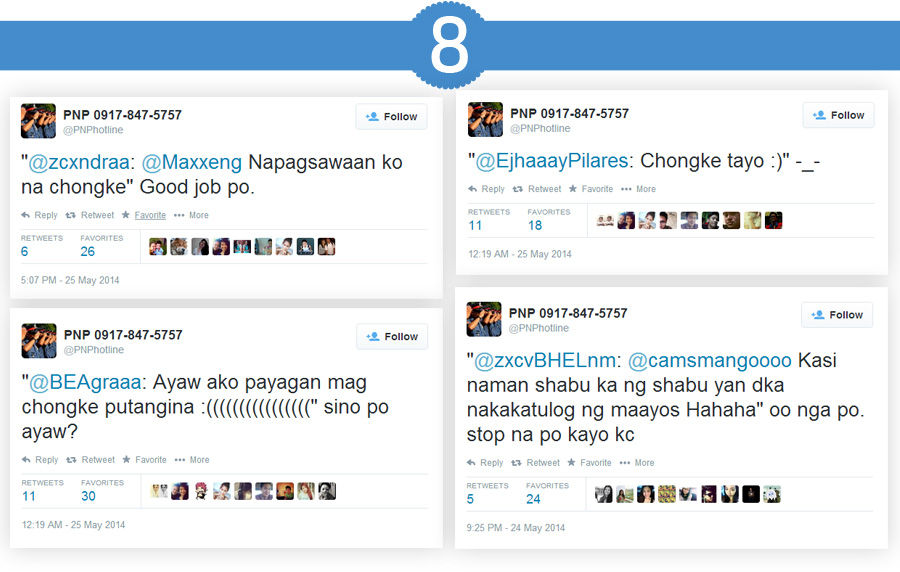 These tweets essentially proves that the PNP Twitter account actively searches the entirety of Twitter for people mentioning criminal activity, even if they didn't tag or mention PNP. 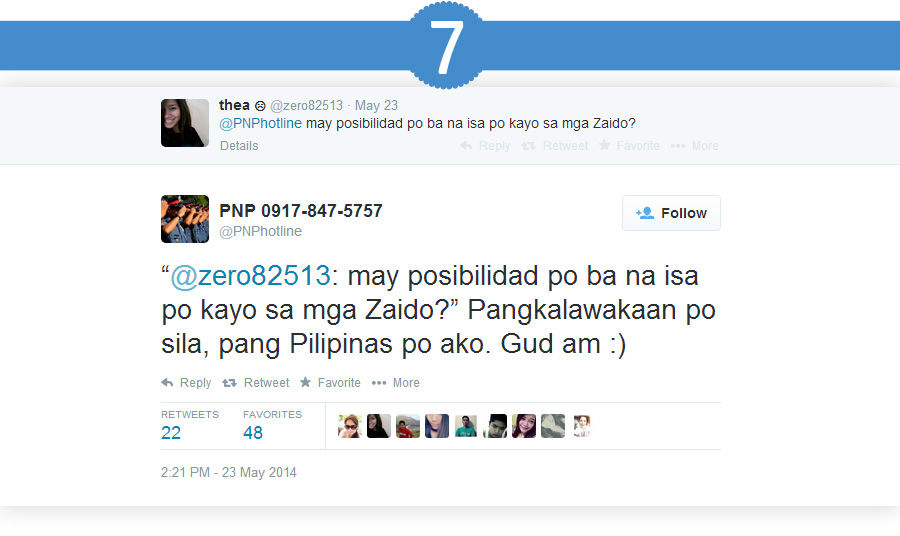 It’s good to know that this cop knows his jurisdiction. 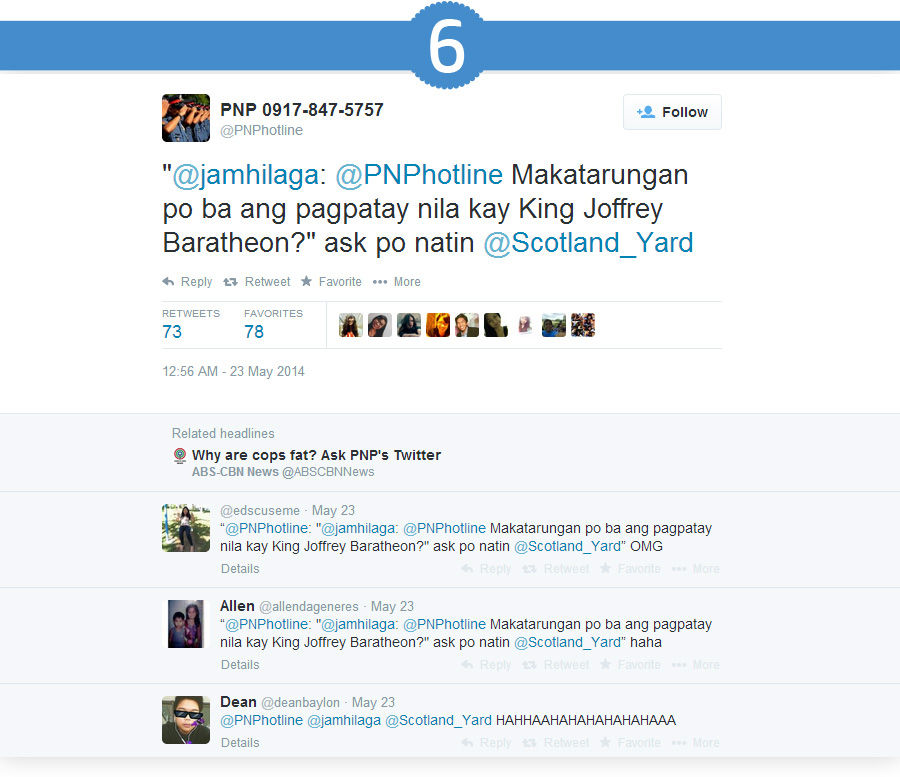 If @PNPHotline doesn’t know the answer, he usually knows who to pass the question off to... 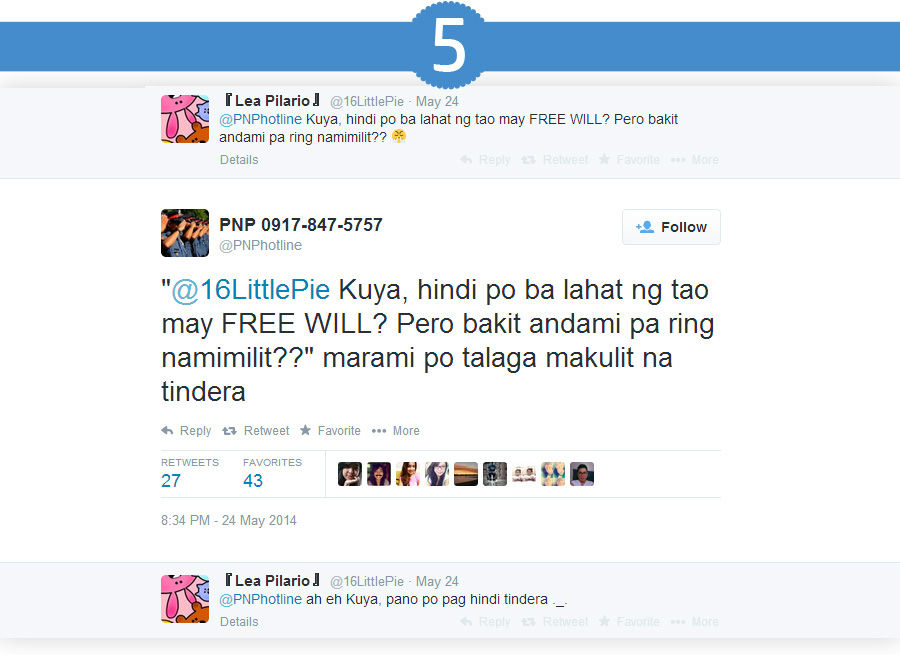 Sometimes, the conversations @PNPHotline inserts himself into are just plain surreal. You could almost imagine him with you, seated on a table, drinking with all your buddies and telling stupid stories. This is the Twitter equivalent of it. 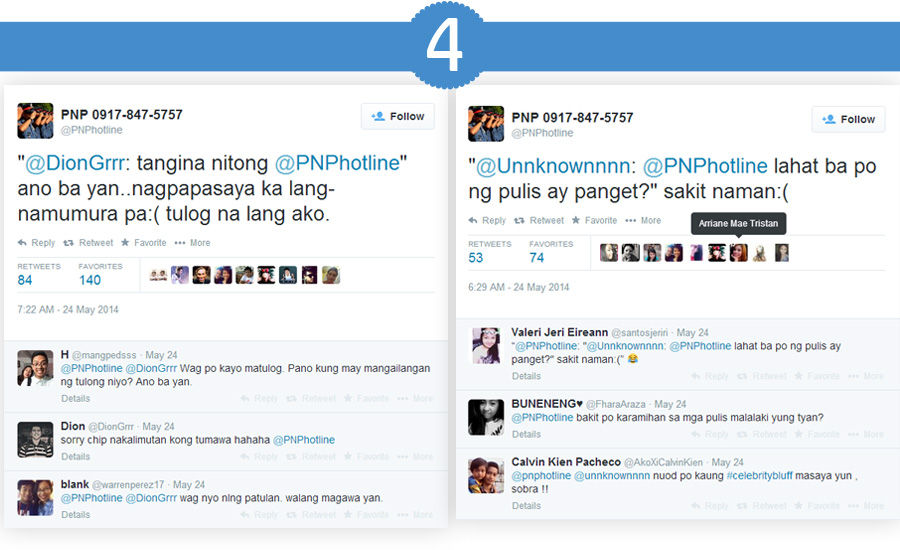 Hey, @PNPHotline has feelings, too! Don’t make him sad. TuT

It all makes sense now!

Depending on how you feel about One Direction, the fact that @PNPHotline is apparently a fan would either make you love him more or hate him thoroughly.