8 Signs You're In a Pinoy Family Reunion 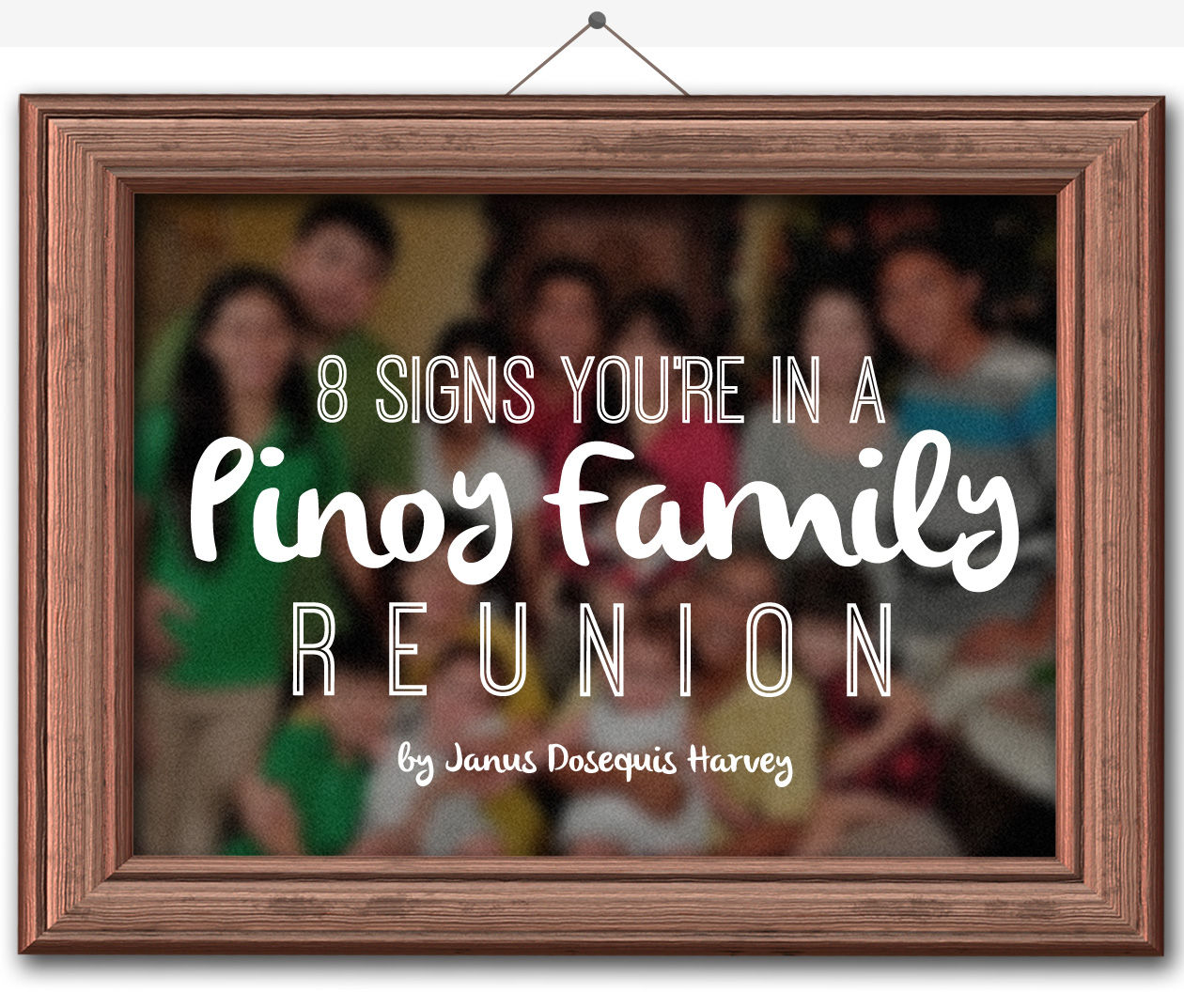 [dropcap letter="F"]amily reunions are tricky. They're awkward, they're loud, they're cramped, and the food is usually never enough. But we Filipinos would never trade it for the world. It's an indelible part of our collective history, and one can hope, no matter how technology marches our world on, this perfectly healthy tradition lives on.
Here are 8 signs that you're in a Pinoy family reunion.

Via Giphy.com
It doesn't matter if you're a 31-year old guy who's married with two kids. When one of your aunts sees you, they will always remark how little you were when they first met you and how quickly time flies.

Via Giphy.com
It seems almost a given that every single Pinoy extended family has at least one branch of it that migrated to the States – and they're going to be at the family reunion, where their Pinoy cousins promptly teach them cuss Tagalog words and pretend they're greetings and honorifics.

Via tumblr.com
While we have a lot of bibo kids in family reunions, there's always that one kid who didn't expect, much less want, to perform. He's the one who's dancing while crying, which, according to comedian GB Labrador, is a talent only Pinoy kids have. Bonus points if it's to the tune of a pop song with kid-unfriendly lyrics, like Nikki Minaj's “Anaconda.”

Via youtube.com
These are the three basic food groups of a Pinoy family reunion.

People love catching up at family reunions. No amount of Facebooks and smartphones could ever supplant the experience, and that's a good thing.

Via Giphy.com
“Ah, iyan si Monica. Apo siya ng pinsan ng pinsan ng tito Brando ko sa mother's side. Kaya kayo mag-third cousin.”
Your parents seem to know exactly how related you are to each and every single person in the reunion, all without a family tree app on their smartphone. Do you think that when your time comes to be playing six degrees of separation, you would fare just as well?

Via Giphy.com
Unless you guys live next to each other, these cousin hang-outs just practically never happen, no matter how much planning you go through. But hey, there's always next year's reunion!
What's your Pinoy family reunion like? Share them in the Comments Section below!