When you watch Pinoy horror films, it always feels like something about it is generally amiss, whether a massively miscast actor or actress, the pacing of the scares, or some gaping plot holes that almost break your suspension of disbelief. It's really hard to say if there have been any stellar Pinoy horror flicks throughout our history that we can safely show off to an international audience, regardless of the shifting trends and standards involved when it comes to these movies.
Nonetheless, despite the lack of an A+ film, it's rather surprising to see that we have an overwhelming amount of B-B+ films that always fall short of one or two baffling things, but are made ridiculously successful just as much by one or two baffling things, too. Here are 8 of those things we see in Pinoy horror that typically will keep any of our scary flicks from being turned into a crappy Hollywood remake, yet somehow keeps our films just that much more appealing to us... 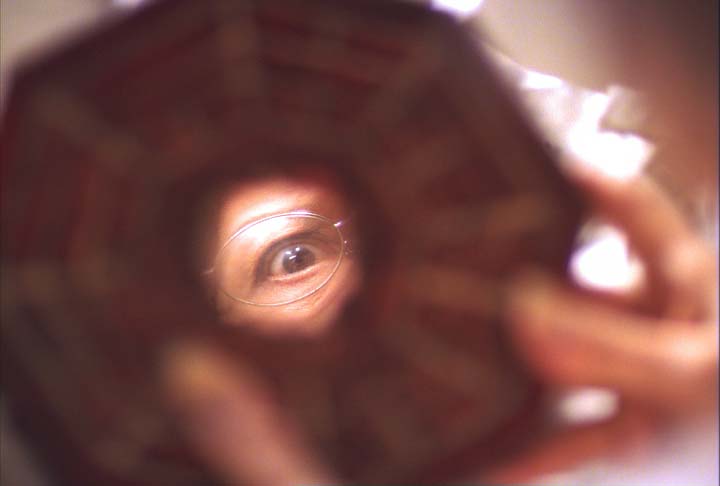 Via areastfilm.com
As Seen In: "Ouija," "Feng Shui," "Txt," and nearly every single “Shake, Rattle, and Roll.”
We seem to like using a lot of objects as the center of the film's attention a whole lot more than Americans, who tend to gravitate towards houses. Of course, we share this in common with a lot of Asian horror, but normally, there are several scenes where the protagonists try to dispose of the horror item, only to magically get it back the next day. 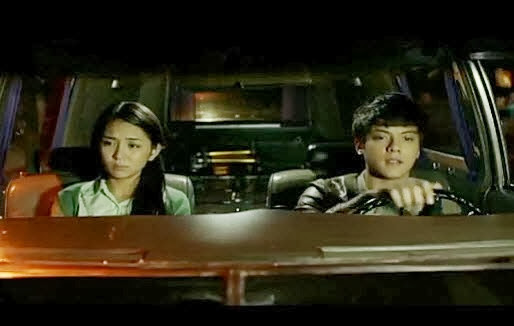 Via lionheartv.net
As Seen In: "Patient X," "Pagpag," most newer "Shake, Rattle, and Roll" sequels, as well as most comedy-horrors, such as the Gwapings movies, and (shudder) "Hiwaga Sa Balete Drive."
I will never understand the need to use horror flicks as a way to promote the popular love team of the week, but somehow, we keep resorting to it. You can't say that “Pegpeg” was a hit despite the KathNiel pairing, after all: they were probably the only reason the damned film made any money, to begin with.
Despite that, love teams present a sense of urgency within the film without resorting to a high body count, which in turn keeps the rating of a film low enough so that the annoying dictatorial kid with the CGI balloon in the MTRCB commercials can shut up and watch a movie with everybody else. 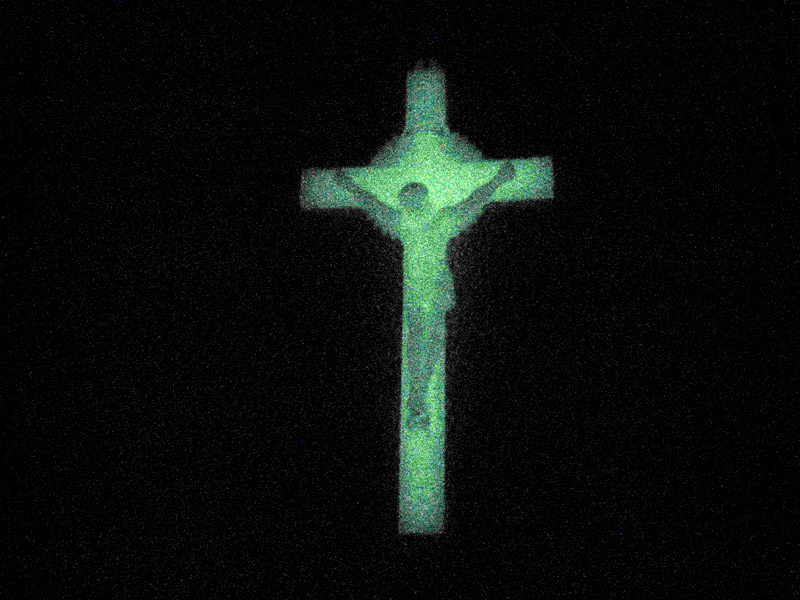 Via commons.wikimedia.org
As Seen In: "Huwag Mong Bubuhayin Ang Bangkay," "ZsaZsa Zaturnnah," most comedy-horror flicks, and some "Shake Rattle, and Roll" installments.
The crucifix is our usual McGuffin in any film that isn't titled after one. For some reason, the minute you see a crucifix glow cheesily, you know that the horror film you're watching just has to be a Pinoy one. Even after all the advancements in special effects and CGI, you can always count on most of that special effects budget going to either a crucifix or a bible lighting up and striking the horror movie villain someway. And unlike most other ways horror villains are dealt with, it's almost always with finality when we resort to Catholic imagery. 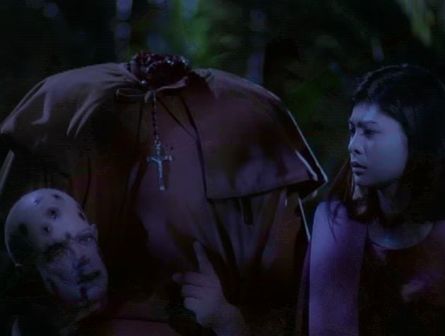 Via coffeecoffeeandmorecoffee.com
As Seen In: "D'Anothers," "Ispiritista: May Moomoo!," and "Takbo, Bilis Takbo!"
Nobody does horror-comedies like Filipinos do. Nobody. Anyone who had the displeasure of watching "Scary Movie" beyond the first two installments would most likely agree. 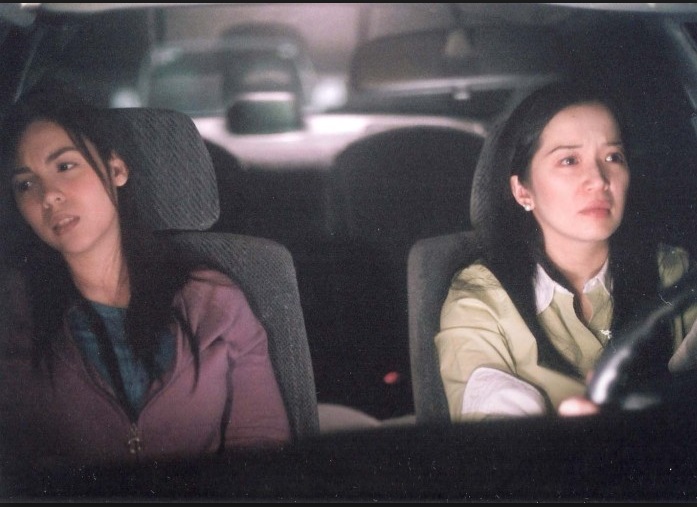 Via discussionlab.com
As Seen In: "T2," "Sukob," "TxT," and "Feng Shui"
After all that trouble, after the unnecessary info dump, after supposedly destroying the monster of the day, oh, look! Evil wins in the end. It's the twist ending Philippine horror fell in love with in the early 2000's, and we never looked back.

Via lionheartv.net
As Seen In: "Huwag Kang Lilingon," "Cinco," every single "Shake, Rattle, and Roll."
Pinoy horror seems to be at its best when it's in small doses. It's really hard to carry out a full-length film with horror, but when you break it up into three different episodes, there seems to be more meat coming from each individual episode. Even the worst of the “Shake...” films would have a decent to good episode or two. 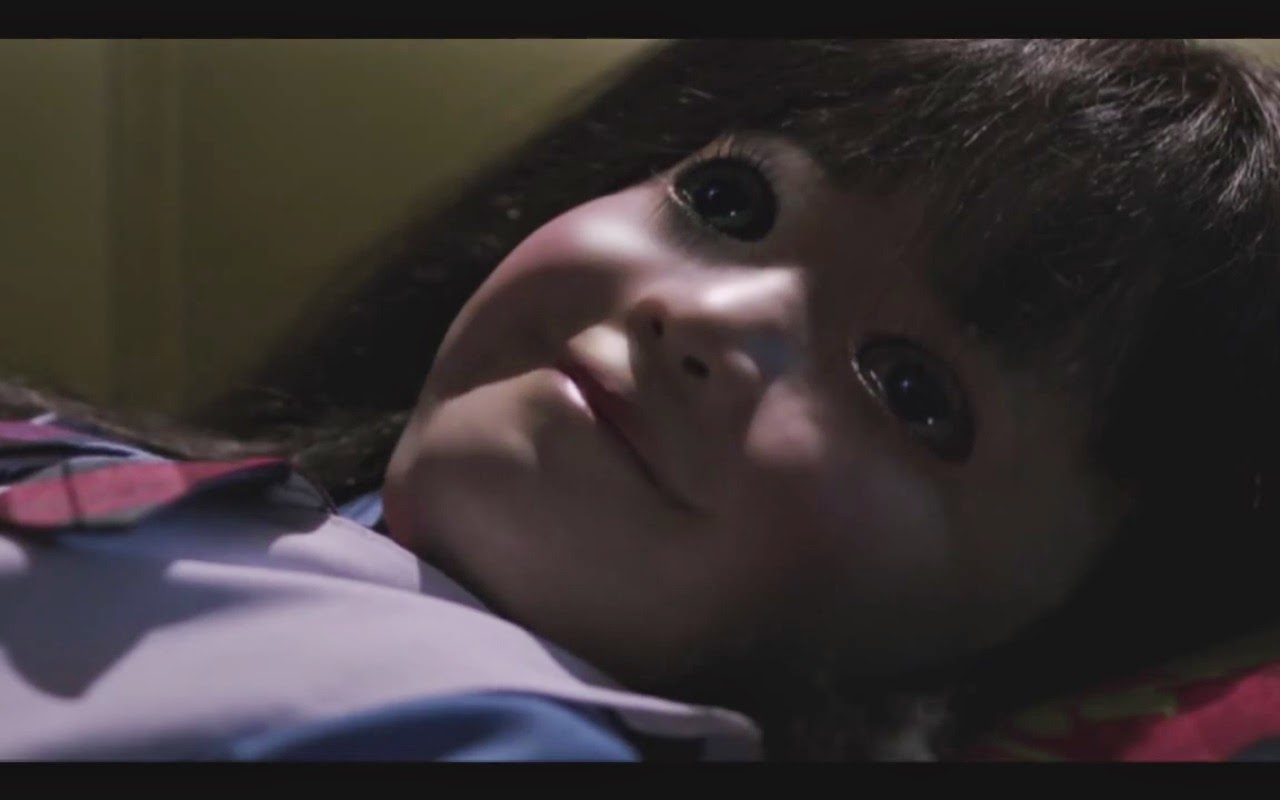 Via mymovieworld-coolman0304.blogspot.com
As Seen In: "Feng Shui," "TxT," "Maria Leonora Teresa," pretty much every single Pinoy horror film before 2000.
While yes, the compilation of scary images anti-climactically hitting you one after the other has been commonplace in most horror films prior to “Ring,” it would appear that Philippine cinema hasn't moved on from this phase, considering how often our horror flicks still rely on it.
You get to see this in action in films where you see the film's ghosts/monsters just trying to scare the living daylights out of our protagonists every other moment. “Feng Shui's” extended climax that showcased all the people who died due to the bagwa's curse is probably the best (worst) modern example of this that comes to mind. 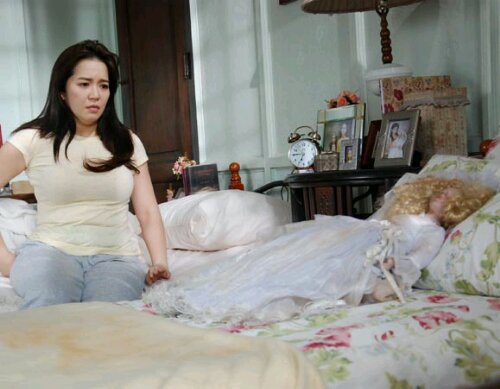 Via thecityroamer.com
As Seen In: "Feng Shui," "Sukob," "Dalaw," "Seguna Mano," "My Little Bossings"
Prior to 2004, Maricel Soriano, with “Vampira” and “Sa Piling ng mga Aswang” under her belt, was the uncrowned horror queen of Philippine cinema. But then, “Feng Shui” happened, and Kris Aquino endorse-acted her way to our hearts by starring in horror film after horror film in between Mano Po installments.
Considering how many products worm their way into Kris's horror flicks no matter how inappropriate, it's only a matter of time before that can of chunky corned beef also becomes the film's McGuffin, serving as the only way to seal the gateway to the spirit world or something.
Ultimately, there's something about seeing Kris Aquino terrified and hearing her scream for her life, which is also probably why she was the “massacre queen” of the '90s: we just enjoy the Schadenfreude wayyyyy too much. 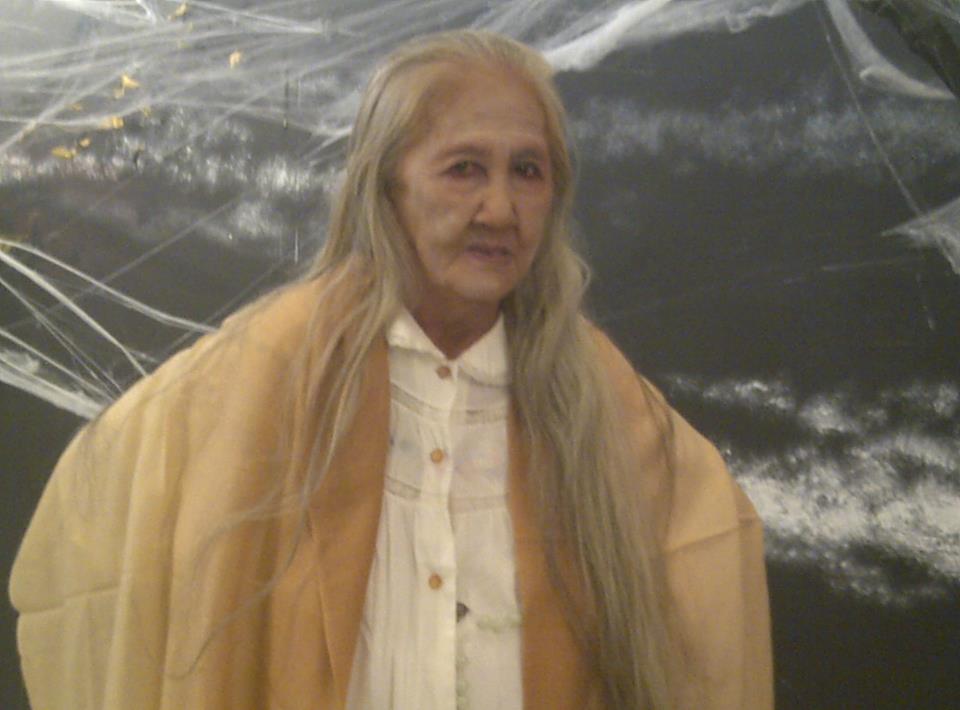 The woman who would have had her own reality show until the Gutierezes decided to name theirs “It Takes Gutz to be a Gutierrez,” Lilia Cuntapay has been typecast as your typical scary old lady.
Unfortunately (or fortunately), she isn't officially part of this list because there is nothing “silly” about this woman: at her age, she still kicks an inordinate amount of butt and can terrify anyone in their dreams without even trying.