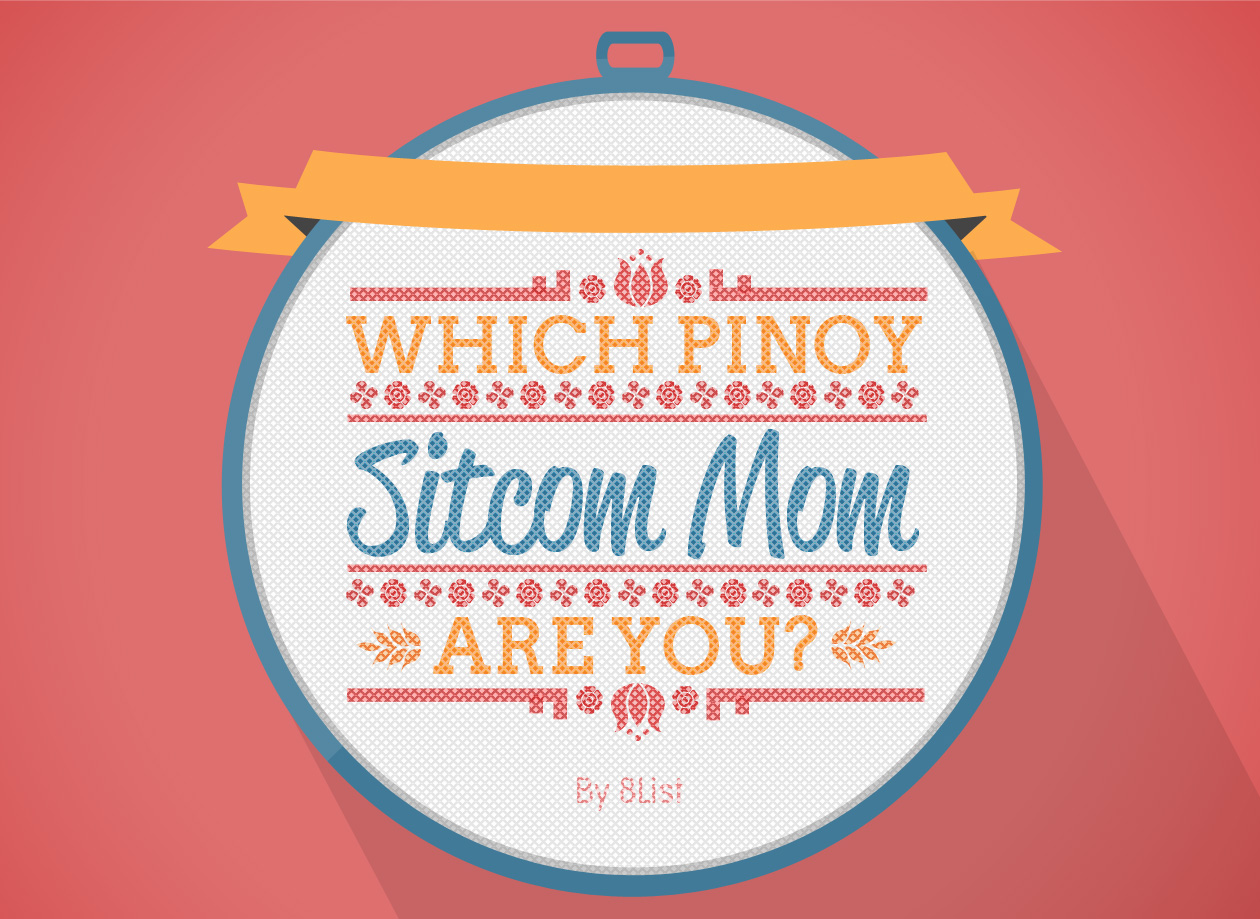 We rounded up 8 of Pinoy TV's most memorable moms! Which one are you (or are you gonna be)?

You have a quirk all your own, and you don’t care what anybody else thinks. As far as you’re concerned, you are with it, and you are hip, and even if you’re not, it doesn’t affect how great a mom you are by one bit. Don’t let anyone tell you otherwise.

You are the epitome of the sacrificial lamb. There is no stone you would leave unturned, no opportunity you would pass up just to make sure that your kids are assured a good future. For all your shortcomings, nobody can ever say you lacked concern for your children. You would do anything for your kids: even star in endless and increasingly pointless sequels just so you could pay the bills for them.

You never missed out on the fun, then and now. While many would frown upon you not apparently acting your age, your kids can’t help but admire the fact that you are, without a doubt, very much in keeping with the times. The young ones don’t faze you, much less intimidate you: and you make sure they know it. You’ve seen it all: that’s why you can keep up with the best of them.

You’re a no-nonsense mom who won’t coddle your kids just because they’re your own. You will take care of them. You will protect them. But you will brook no shenanigans from them. There’s a lot to be said about a mom who is the epitome of bad-assness, and you probably wrote a good number of chapters on the book about it.

It doesn’t matter if you’re a single mom: you will provide. You have your own desires in life, and you share them very transparently with your kids. In fact, most people who see the two of you together would almost swear that you were more siblings than mother and children. It’s hard to find a mom like you, because no matter how uncool you might seem to your own kids, they will miss your candidness with them when the rest of the world starts lying to them.

Beautiful. Caring. Affectionate. These adjectives don’t even begin to describe how amazing you are as a mom. The way you look after your children is nothing short of magical, with how you seem to be in tune with what they need, and listen to them almost as much as you impart your wisdom upon them. You’re a one-in-a-million gem, and your kids are all the luckier for it.

Frenetic and always busy, some people may think you are the prototype of the absentee parent, but your overprotectiveness of your children tells a different story. No matter what trouble your kids get into, you will go out of your way to make sure that they are all right, because you love them that much, and you would practically sell your soul to the devil for them.