[text_image img="https://8list.com.ph/wp-content/uploads/2013/10/8-More-Instances-of-Pinoy-Outrage-That-Strangely-Doesn’t-Include-Janet-Napoles-TITLE.jpg" width="100%" type="title"][list_title][/text_image]
[buffer by="15px"]
[dropcap letter="F"]or a country in the top 10 of the happiest countries in the world just a year ago, we Filipinos get angry a lot, don’t we?

We all knew it was just a matter of time before a sequel to the original Pinoy Outrage list came out. For better or worse, we are exceptionally vigilant when it comes to any perceived slight against the Filipino people, or in one particular case on this list, a security guard, even. At this rate, it does look like a Part 3 and even beyond could happen in a snap.

The Controversy: In 2006, Pamie and a few of her friends went to a Jollibee branch in America. Obviously not used to the dining sensibilities of the average Filipino, they were completely weirded out by the fact that the spaghetti contained ham and hotdog, had no idea what the “breadcrumbs” on top of their Fiesta Palabok was (It’s called chicharon, or pork rinds.), and were completely flustered by the Pearl Coolers, and proceeded to ridicule the food as they were eating it in what, to them, was probably a social experiment gone wrong.

The Outrage: It didn’t take long before the blog was swarmed by thousands upon thousands of angry Filipinos who were furious that anyone dared not like their food. The fact that Jollibee has existed in the United States since 1998, with a likely (already) Americanized menu to cater to them, is definitely interesting to note. Many people (including this author) probably missed the fact that Pamie and friends never even went to the Philippines, not that it would have changed the outrage one bit.

But Then: While they were clearly as culturally insensitive as all get out, they did have a telling disdain for fast food in general that made itself clear towards the end of the blog entry. I’m left to wonder. Would their opinion of Jollibee have changed if they got into a dance battle with him? 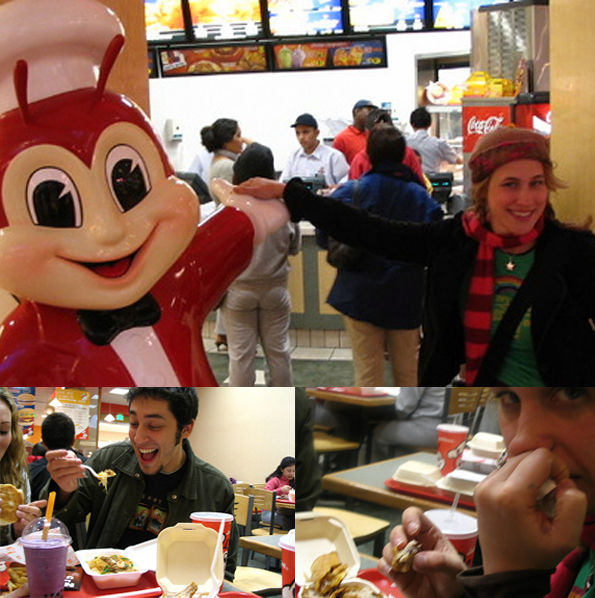 The Controversy: In 2009, Roger Ebert reviewed Brilliante Mendoza’s “Kinatay” and called it the worst film in the history of the Cannes Film Festival, citing the seemingly pointless brutality and sadism of the subject matter that seemed to serve no narrative purpose.

The Outrage: Apparently, critiquing a Filipino movie and calling it bad meant that you were calling the entire nation bad, because comment after comment on the site accused him of doing precisely that. It particularly bemused Ebert, who ended up responding, "Until now I have not received a single message confusing a negative review of a film with a negative review of a country."

But Then: Show of hands. Of anyone who was offended by Ebert’s review of a movie, how many of us actually watched “Kinatay?” Yeah, I didn’t think so, either. 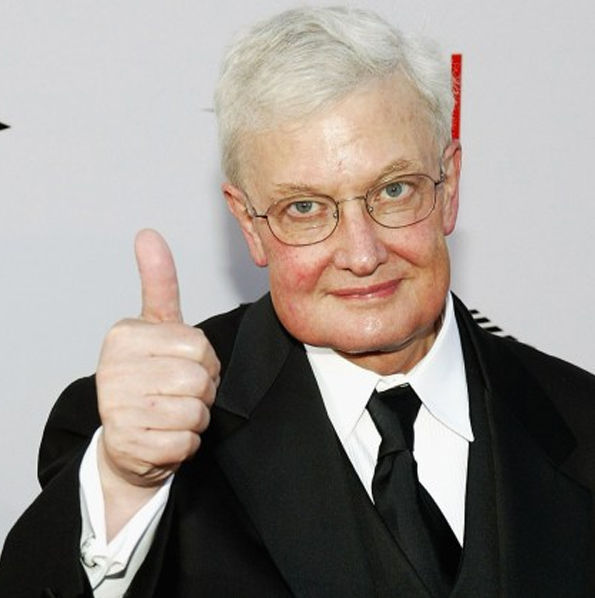 The Controversy: Less than two months ago, Ryan Jacobs published a summary of an article Steve McKay wrote about his experiences with Filipino seafarers. One thing that came up (heh) was how many of them use “bolitas,” which are tiny balls surgically inserted into the seaman’s, err, anchor, which supposedly, err, enhances his performance. Yes: bolitas allegedly make Filipino seamen (heh) awesome.

The Outrage: Thankfully, even after a bit of mainstream Philippine coverage, the outrage never caught on as much, but several comments about the article chided Jacobs and McKay for “embarrassing” the Filipino seamen he spoke to. Y’know, the ones who were very proud of their bedroom prowess thanks to their bolitas?

But Then: Before any of the men reading this feel compelled to slice their, err… magic wand open, it’s very likely that this self-mutilation does not even work. Spare yourself the misery, and leave the incisions to Purefoods Tender Juicy Hotdogs. 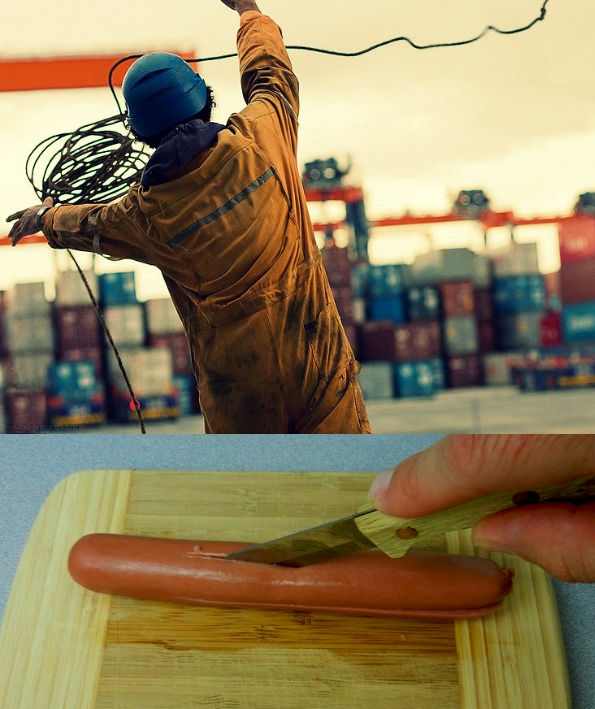 The Controversy: In one scene from the 2013 sleeper hit, a news report depicted Manila as a city contaminated by Kaiju droppings. If only we Pinoys had our own Jaeger.

The Outrage: Predictably, Pinoys got mad that “the ugly side of Manila” was highlighted yet again in a movie. Wait, wait, wait. Wasn’t that exactly what Brilliante Mendoza did in “Kinatay?” Is this a double-standard I am sensing here?

But Then: Where did these people complaining expect the Kaiju to take a dump to highlight the beauty of the Philppines? Boracay? Palawan? Think about that for a moment. 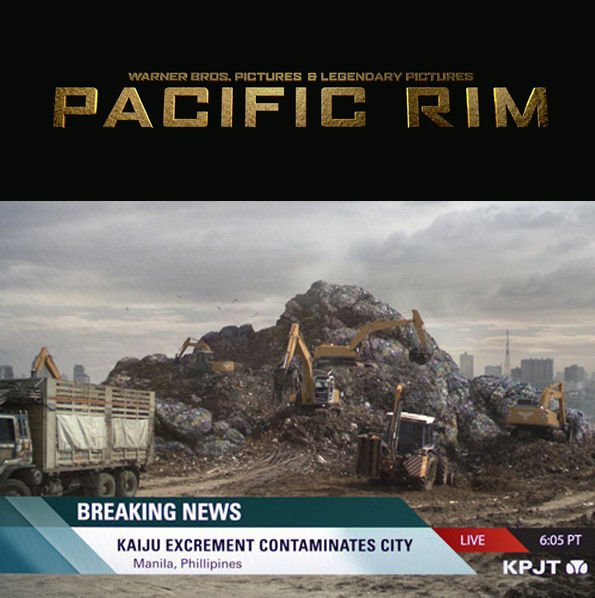 The Controversy: In the recently concluded FIBA Asian Championships, the Philippines, host country to this year’s tournament, had to settle for a bridesmaid finish to the Iranian team.

The Outrage: Bizarrely enough, there were as many people angry at Iran as there were against Team Gilas, because how dare Iran win a basketball game against us? Several “terrorist” jeers were launched against Iran, and here we are, wondering how mean those other countries are when they are “racist” with us.

But Then: During the same tournament, Taiwan shot the lights out of us. Remember when we did that to them earlier this year? Too soon? 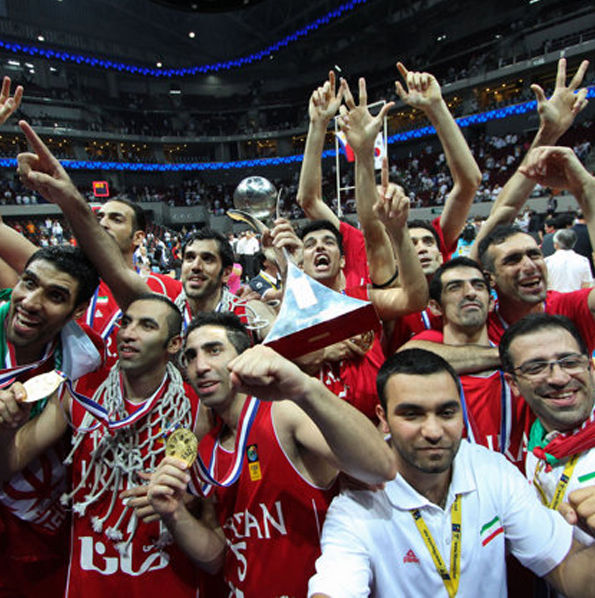 The Controversy: Late in 2012, Paula Jamie Salvosa was caught on video supposedly berating a security guard at an LRT station, repeatedly asking if the lady guard, Sharon Mae Casinas, was calling her “a liar.” The way she pronounced it though came out as “Amalayer,” giving birth to an overblown witch hunt for a woman who was just clearly having a bad day. It’s not like she ever hit the security guard or anything.

But Then: Aside from finding religion, Paula Jamie Salvosa showed everyone she was over the whole brouhaha when she appeared on Mikey Bustos’s Gangnam Style parody. 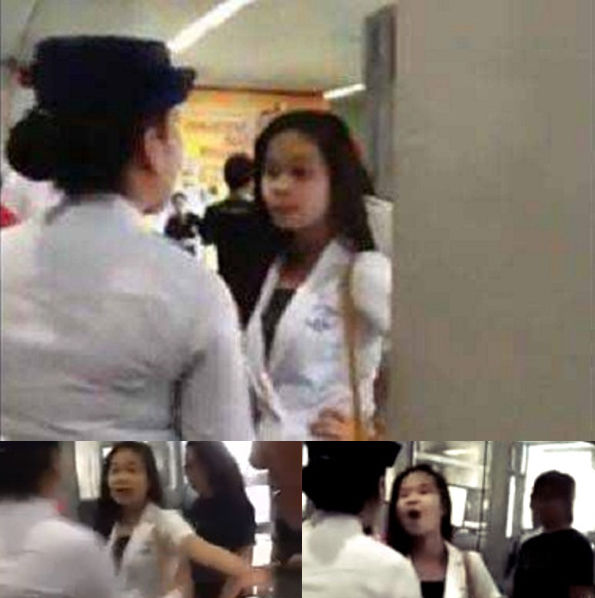 The Controversy: In what appeared to be an improv comedy segment on the show “Mock The Week,” comedienne Katherine Ryan, in response to the prompt of “unlikely lines from a cosmetics commercial,” went with “We do not test any of our products on animals. We use Filipino children.” Further showing how often Filipinos miss the point of satire (if the comments in So What’s News is any indication), they took what was clearly a stab against oppressive labor practices as an insult against Filipino children.

The Outrage: The furor was slow-burning, as it took weeks before the outrage became audible, but soon enough the outrage was just overflowing. Again, the point was about exploiting children and not Filipino children in and by themselves, yet people took offense over it without understanding the context first. 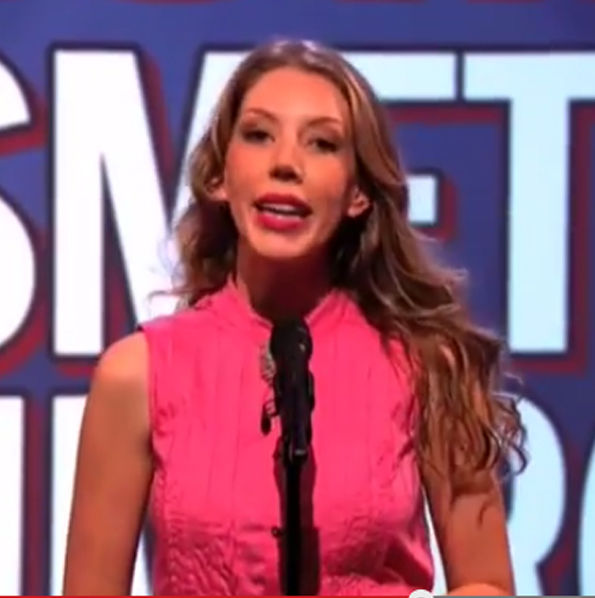 The Controversy: Shortly after Megan Young won the Ms. World Pageant just a little under a week ago, a Singapore-based Indian, started spouting off blatantly racist comments against Young and Filipinos in general, using words like“dirty,” “smelly from cleaning toilets,” and “uneducated.” This is probably the only case in this entire list that is flat-out inexcusable, any way you look at it.

The Outrage: Instantaneous. The internet lynch mob responded to DeDiva’s racism with… moar racism, Which kinda takes away our moral high ground, doesn’t it?

But Then: First of all, I fail to see what is inherently wrong about being a maid. It’s still a living. Furthermore, I can’t bring myself to be sympathetic to her for all the hate she receives (Or the fact that she just got fired.), much as I want to be a bleeding heart about it. Unlike everyone else on this list, she said what she meant and she meant what she said, and she’s just getting a dose of her own medicine. 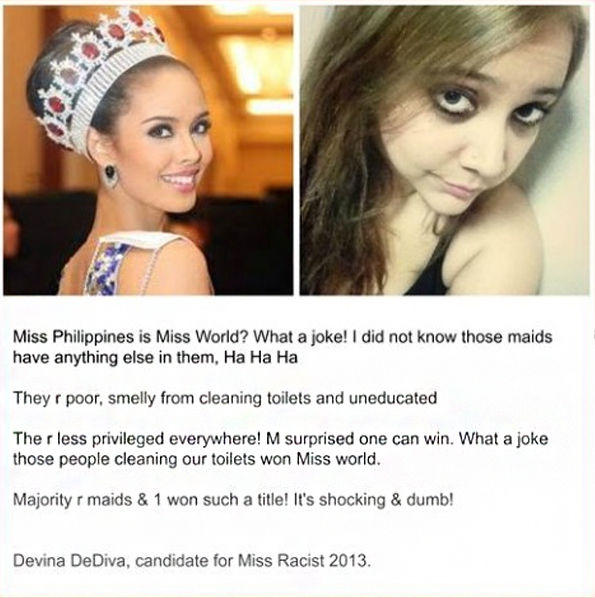 
The Controversy: Don’t play coy. You know what this is about.

The Outrage: Apparently, we have only enough rage to go around over Devina DeDiva, if the attendance at the second “Million” People March in Makati is to be believed.

But Then: What does it say about us when we level the worst kinds of invectives at someone who insulted the supposed pride of our nation with a stupid Facebook status, but have only apathy to spare for someone who stole 10 Billion from this nation we’re supposedly proud of?


What do you think of these Pinoy reactions? Are there more? Let us know in the comments section.