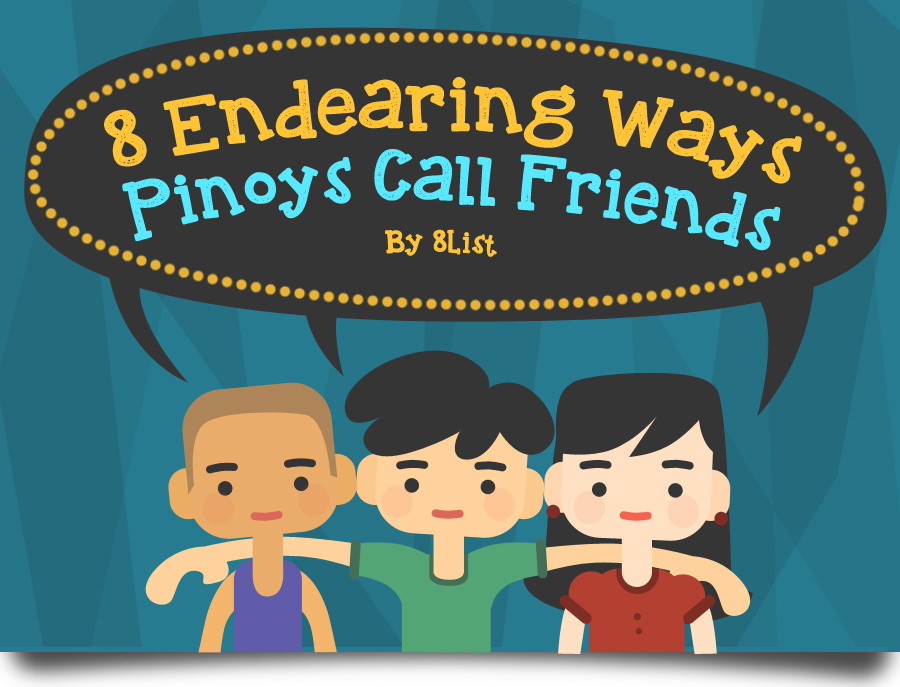 [dropcap letter="U"]s Pinoys, we love giving things and people nicknames. May it be using acronyms, or shortening three-syllable names into a monosyllabic, two-letter mutterings, or repeating twice because the only have one syllable ("Jun-Jun," "Boy-Boy"), or adding an "s" or a "y," or changing it altogether. How many of us have a "Tito Boyet?" Or how many Joannas do you know? None because they're all called "Jo."

Anyway, our point is, we love nicknames. Our language and culture provides for an ample collection of couple-y terms of endearment---and, of course, different terms for almost each person who's not related to you by blood or marriage. Here, we listed 8 down for your enjoyment.

Used by men and lesbians to address other men (and butch lesbians).

Short for "brother," the "o" is usually pronounced as an "a." Used initially by frat boys, but can now be used like #8.

Used widely among people in the theater and film. Symbolizes closeness, reliability, and the license to make fun of each other.

Short for "sister." This is basically the female (and gay) counterpart of "brad."

Usually coupled with pointing at the general direction of whoever you're talking to using your mouth. It's not a word, it's a sound. And only Pinoys can get away with this.

What do you call your friends? Did we miss anything? Come! Let's join us by your thoughts and nicknames in the Comments Section.