8 Reasons Why The Pinoy Will Survive Every Horror Movie 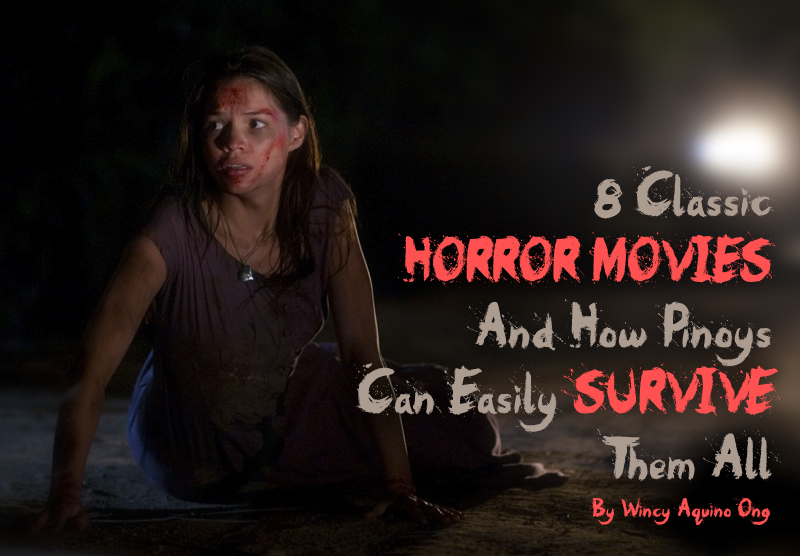 Long story short: Filipinos are survivors. Everything being more fun in our islands, real-life horrors to a Pinoy just slide like water off a duck’s back.
A typhoon comes to wreak havoc? We bring out the life preservers and enjoy a pleasant swim in the leptospirosis-giving waters. Hey, we’re masters in surviving. While foreigners panic, we picnic.
And if Pinoys can survive the horrors of the real world, then horror from the movies might as well be a day in Boracay.
Here are 8 classic horror movies that Pinoys would simply shrug at. 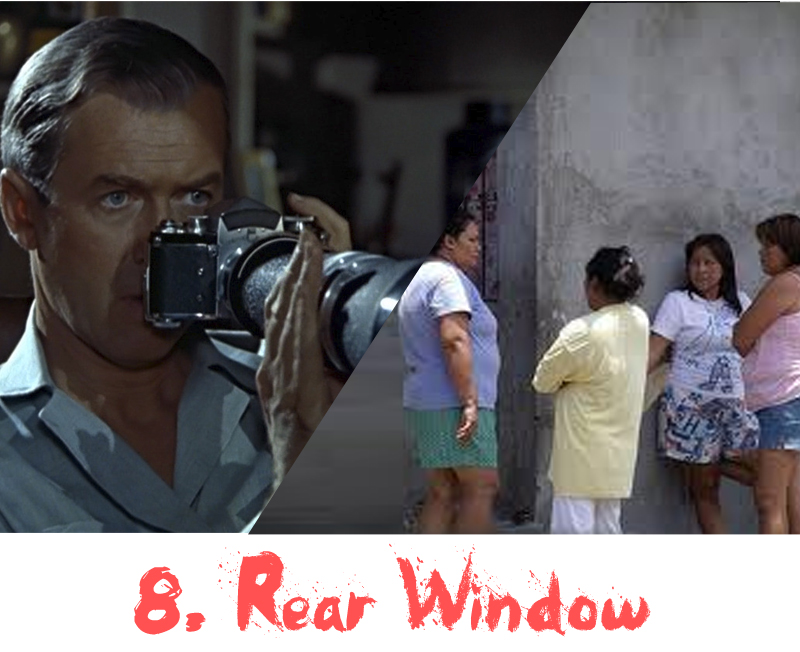 Via whotalking.com, diaryofascreenwriter.blogspot.com
Filipinos are chismosos. And tenements in Manila have thin walls.
A mystery killer can easily foiled by Aling Tekla alone, without the benefit of telescope or a call to the police. 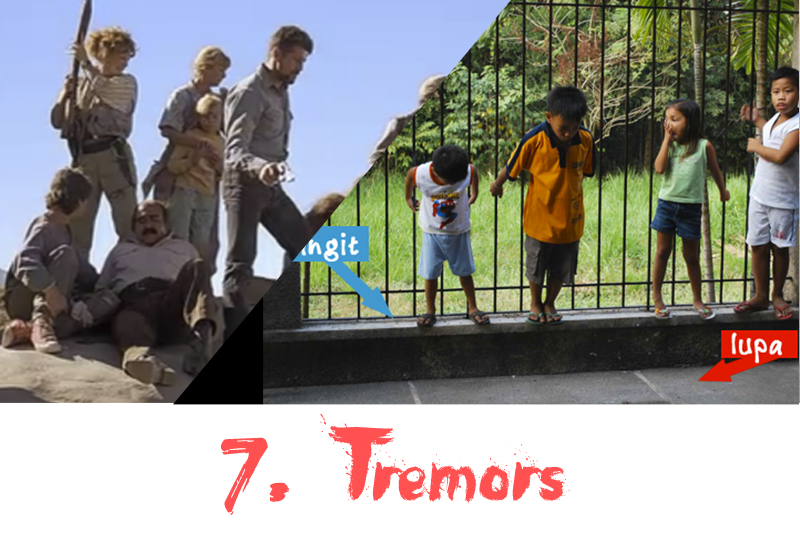 Via youthpinoy.com, timsfilmreviews.com
What was that you said? Worms the size of a freight cart terrorizing a quiet town?
No need for Kevin Bacon’s smarts or a bulldozer to survive this pickle.
Battling these monsters is practically just a game of Langit-Lupa, a childhood game all Pinoys know. That, and scads of dynamite--which you can easily buy from the baranggay’s fishing supplies shop. 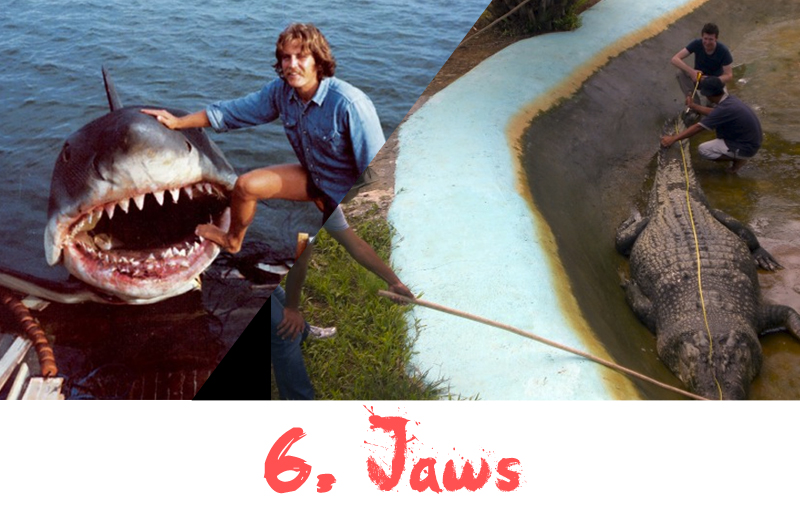 Via incredipedia.info, thehollywoodnews.com
Remember the fate of that poor crocodile Lolong?
The same applies to great white sharks.
There will be no need for sophisticated shark-trapping technologies. There will be no need for bigger boats. Give a Pinoy some bamboo and some rope, even a Tyrannosaurs Rex will be gagged and bound in an instant.
Once the shark is caught, the town mayor will contact Guinness in a heartbeat. Then, the shark-infested waters will have its spot on the Lonely Planet guidebook. 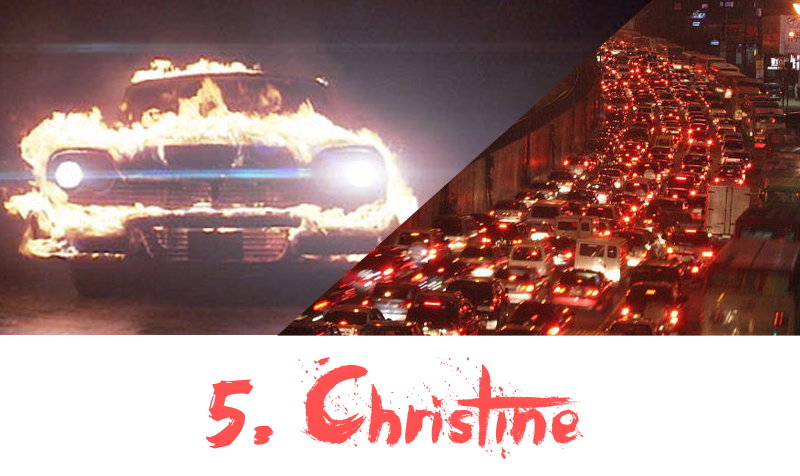 Via horrordvds.com, rockysunico.com
A 1958 Plymouth Fury possessed by a spirit? I’d give that monster two to three days tops when it’s in the streets of Manila, until the spirit would give up and possess a refrigerator instead.
Given the traffic situation, the diabolical vehicle would have a hard time crushing people against walls. It would probably just dent a few cars. Also, a vintage car like that, one without modern anti-theft doodads, would be carnapped in a blink, chopped up and sold in parts along Banawe.
Do the math. 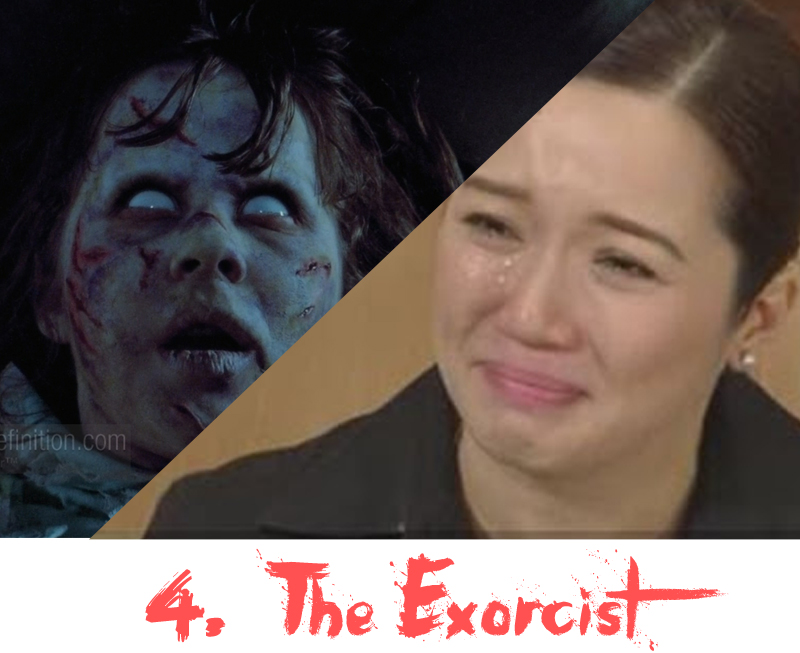 Via whotalking.com, diaryofascreenwriter.blogspot.com
The only daughter of an A-list actress possessed by an Assyrian demon? This is the stuff that spikes the ratings of weekend talk shows like The Buzz.
There will be no need for Jesuit priests. The house will probably swarmed by the local media, give or take a few hours.
Just have Kris Aquino interview the devil. Even the ancient force of evil will not be able to stand that woman’s ego. Faster results if Bimby comes along.
Surely, the devil would leave the possessed Linda Blair in an instant. ‘Di ba, dibs? 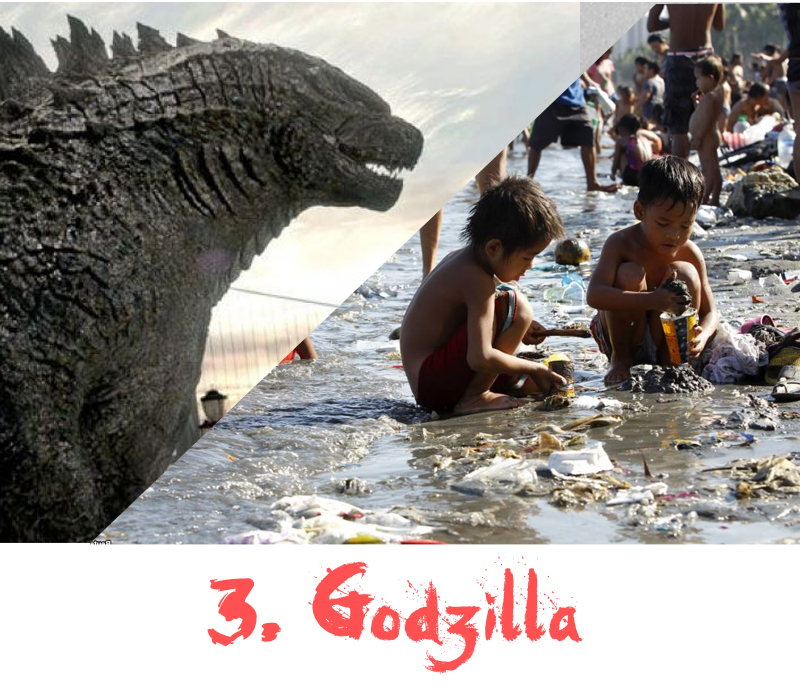 Via comicvine.com, voanews.com
An aquatic monster from the depths of the Pacific Ocean! He could topple Makati buildings like they were cartolina! The horrors, indeed. Or is it?
Before the kaiju could rise operatic by Roxas Boulevard, he would probably in his death throes already. All the industrial sludge from Manila Bay would poison the great beast’s organs and eventually fell him.
See? To us Filipinos, there’s always a bright side to things. Even water pollution. Water pollution could, one day, be our greatest ally. 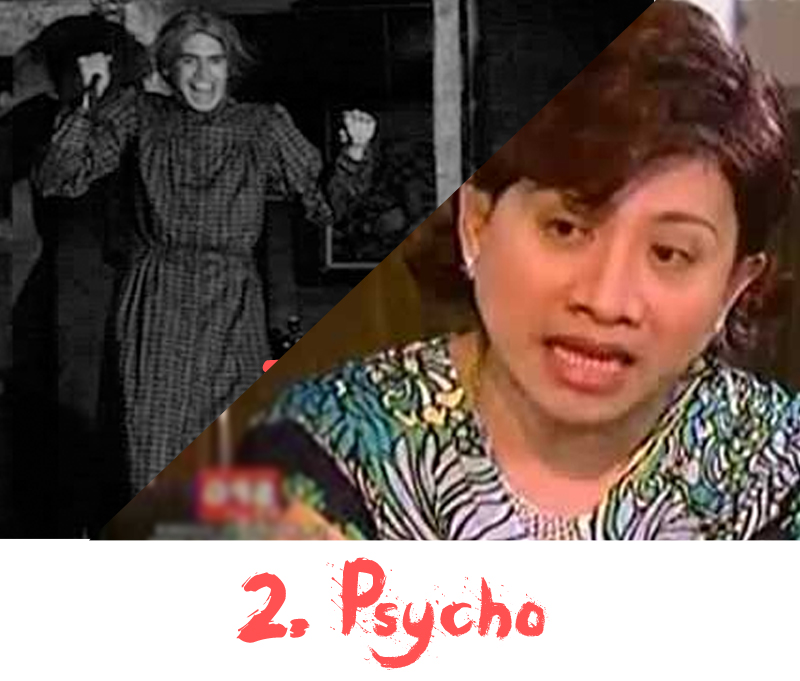 Via plus.google.com, plus.google.com
Cross-dressing is one of the classic staples of Pinoy comedy. How can this be deemed horror? You put a grown man like Bitoy in a duster, the nation erupts in laughter. Norman Bates could probably have his own segment in “Bubble Gang.”
Secondly, every Filipino male is a mama’s boy. Everyone has an Oedipus Complex. These cases aren’t special.
Lastly, Filipinos take showers using a tabo and Orocan pails. These could easily be used as makeshift weapons against knife-carrying intruders. 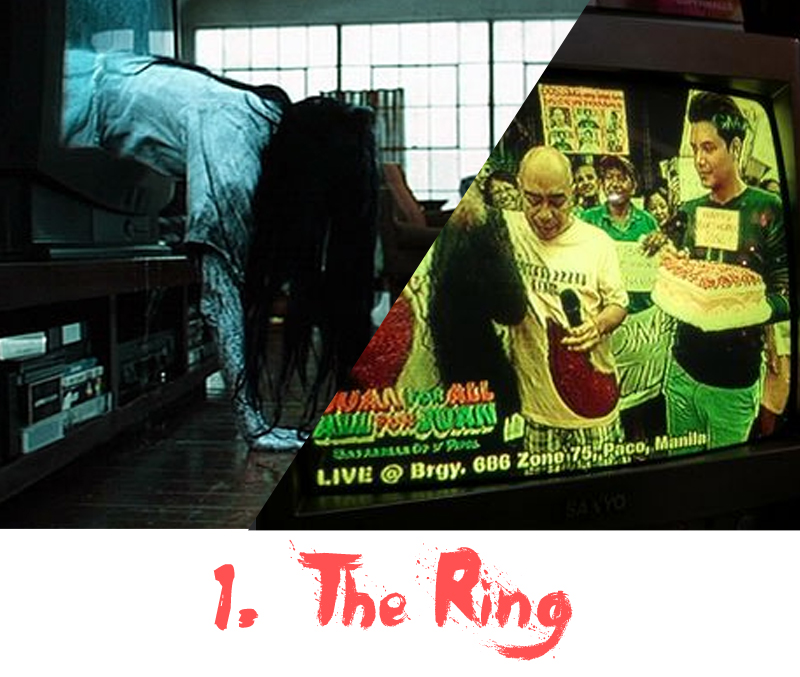 Via philnews.ph, basementrejects.com
Filipinos are obsessed with TV. And if you’ve watched enough Wally and Jose home visits in “Eat Bulaga!” Filipinos thrill to the idea of TV people visiting them in their own living rooms.
Sadako will pose no threat when she comes crawling out of the screen. The entire family will take selfies with her. Nanay will buy pansit luglug and sorbetes for the Japanese visitor. The neighborhood beautician will offer tips to better her pale complexion.
Do the math.